HomeDraftMTGA Turbo Draft: What Is it? And How to Win

MTGA Turbo Draft: What Is it? And How to Win

Turbo Draft is a unique, casual, and Arena-only draft format. It functions exactly like a normal draft (with bots), but with a twist: each player starts with a pervasive “emblem” that makes each of your spells cost less to cast!

This single but significant change dramatically warps deckbuilding, pick orders, and gameplay, completely flipping the script on which cards are good. If you can’t get enough of Colossal Dreadmaw, then you’ll definitely want to give Turbo Draft a spin!

When Can I Play Turbo Draft?

You can play Turbo Draft whenever it’s available on Arena, which seems to happen once every few months. The events themselves are usually available to play for a week or less. Turbo Draft isn’t tied to any specific set and has been available in two flavors, Ikoria and Theros, so far.

Your window to play some Turbo Draft has sadly passed for now, but expect the format to return later, possibly with Strixhaven. 0-mana lessons, anyone?

How Do You Win at Turbo Draft?

As I mentioned, Turbo Draft completely flips what constitutes a “good card” on its head. Efficient commons like Dead Weight lose a lot of their appeal, and giant clunkers like Honey Mammoth become shockingly efficient beaters.

The best removal in this format is unconditional, and the best threats are ones that would normally cost too much mana to be anything but curve toppers/ramp payoffs. Card draw also generally improves, as “one mana, draw two cards” is much better than “three mana, draw two cards” and the rest of the cards you draw will be cheaper as well.

Multicolor cards also suffer with these changes, particularly cheap ones or those with very restrictive mana costs like Inspired Ultimatum. Colorless cards, on the other hand, are substantially better. Normally weak cards like Sleeper Dart and Adaptive Shimmerer cost 0 mana in Turbo Draft!

You won’t be able to rely on normal archetypes for whatever format you’re Turbo Drafting, as many of the best archetypes from these formats don’t take advantage of the format. Expect fast, brutal games with shocking openers and lots of variance.

Let’s run through a few picks from a Turbo Draft I did. I’m a bit rusty on Ikoria, but normally I’d be eyeing Kaheera, the Orphanguard and Blood Curdle as the best two cards in this pack. In Turbo Draft, though, Kaheera loses much of its appeal as a 2-mana 3/2 with upside. Compare this to Cloudpiercer and Honey Mammoth and you’ll see the issue.

So what did I pick here? Well, I still went with Blood Curdle, as unconditional removal seems incredibly important if you expect turn 1 5/4s, turn 2 6/6s, etc. Blood Curdle also scales well enough in this format, unlike something like Divine Arrow or Fire Prophecy where mana efficiency is the entire appeal.

Blitz Leech was an easy follow-up as a 1-mana 5/2 with multiple forms of upside in the color of the card I already took.

Of One Mind isn’t getting the most cost reduction from Turbo Draft, but it’s still “Blue: draw two cards” in what I’m envisioning as a deck full of 1-mana removal/beaters, which sounds great!

This pack is a disaster! Seriously, Turbo Draft isn’t kind to many cards, and you should expect plenty of awkward picks like this. The only card in this pack that gets substantial cost reduction is Rumbling Rockslide, which plays poorly in this format as you won’t have enough lands out early for it to be useful. I took Boot Nipper and wasn’t happy about it.

Companions aren’t necessarily terrible in Turbo Draft, though paying (3) is rough and Yorion costs two mana. Dreamtail Heron (my pick here), on the other hand, is always going to cost a single blue.

Pack 3 pick 1 was close, but I went with Archipelagore over Void Beckoner since growing tapping things repeatedly with a 1-mana, hexproof Wingfold Petron seems great to me!

This bizarre looking monstrosity is what I settled on! Note how Turbo Draft completely warps the mana curve of this (otherwise 100% unplayable) deck. I have six 0-drops, three of which are basically Moxen, 16 1-mana plays, two 2-drops (both of which have 1-mana modes), and a single 1BB 8/8! I decided to play 12 lands (effectively 15) thanks to my incredibly low curve and massive amounts of card draw.

How the Games Went

My opponent opened the game with a 0-mana Zagoth Crystal into a 1-mana Dark Bargain, into another Crystal, another Bargain, and finally an Island. Seems fair to me! As bad as this situation may look now, I won in the end with a pair of 1-mana, hexproof 3/6 beaters!

I started off on the backfoot a bit in the next game as well, but quickly swung around by flashing in a 0-mana Adaptive Shimmerer and then double adapting it for only two mana and bashing for 10!

This is what a snap keep looks like! In Turbo Draft, at least.

Unfortunately for me, my opponent’s draw was even better, resulting in a shockingly quick loss!

My opponent’s hexproof creature had five mutations on turn 3 (and mutated two more times after I took this screencap)… I’m dead!

Opponent failed to play around the 1-mana Blitz Leech. Serves them right!

This is fair Magic!

This is also fair (and interactive) Magic. Expect to see a lot of one mana Pterons, I guess.

The final match ended with a cycled Titanoth Rex on a 7/7, though I mostly died to (yet another) stacked up Pteron.

My end result was five wins! Good for most of my entry back minus 100 gems, but up one pack and all that draft chaff I just picked up.

Things That Get Better

Things That Get Worse

Don’t play 17 lands! You should almost never be playing more than 14 lands in Turbo Draft, particularly if you have enough card draw and 0 mana rocks. Most of my easiest wins came from my opponents flooding out, possibly because they were playing the default 17 rather than an adjusted number.

Think carefully about each card you put in your deck, because Turbo Draft dramatically changes the value of certain cards. Once stinky filler cards like Altar of the Pantheon and Blitz Leech are now hyper efficient playables, and excellent cards like Prickly Marmoset and Fire Prophecy are marginal at best.

Entering a Turbo Draft costs 5,000 gold or 750 gems. Seven wins in the format is good for 950 gems and two packs, which puts you up 200 gems, two packs, and the value of whatever you drafted.

There’s no number of wins that will break you even on gems. Five wins or less loses you 100 or more, and six or seven is a win of 100 or 200 gems respectively. The value of Turbo Draft is very comparable to the value of a normal bot draft.

I wouldn’t recommend farming these for value, though it isn’t especially terrible either.

Any Turbo Drafts I Can Watch?

I didn’t record the draft I did above, but many streamers have recorded their runs for you to watch! Here are two examples to get you started:

Should You Play Turbo Draft?

I wouldn’t recommend taking the format too seriously, though, as a great portion of the games are one-sided stomps. 1-mana Wingfold Pteron plus mutate gets old fast. But it’s still fun to mess around with though, and the games are pretty quick too! 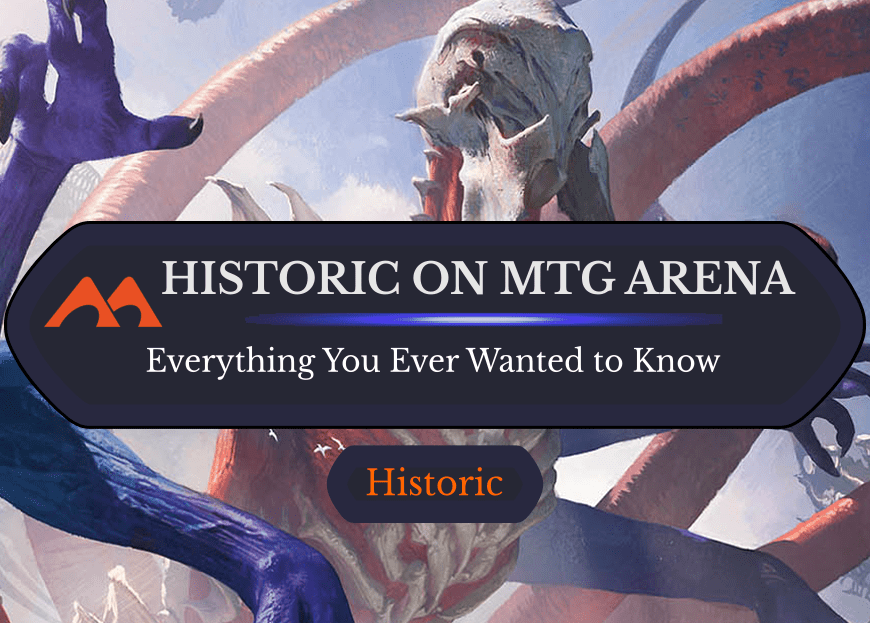 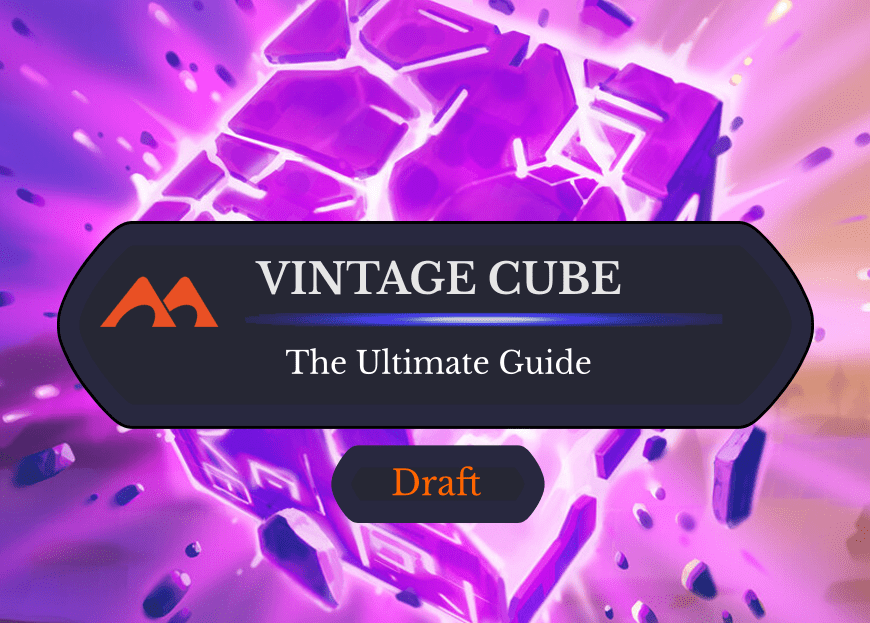