Magic is almost thirty years old and has over four million players (probably more) all over the world. To stay this popular, WotC does their best to improve the game by introducing new mechanics in every set. This is a great way to spice things up so that players don’t get bored and always have new ways to enjoy the game. But not all mechanics are created equally, and some are more powerful than others. Some are even called “broken” and never again seen in new sets.

It’s time to go over one mechanic that’s been considered oppressive and has only been printed in a handful of sets to keep it in check. Let’s dig into prowess and how this single word changed how Magic is played!

How Does Prowess Work?

Prowess is a triggered ability that gives a creature +1/+1 whenever its controller casts a non-creature spell. If a creature has multiple instances of prowess, each instance triggers separately. This ability doesn’t have any restriction on how many times it can be triggered each turn. Prowess can even be triggered on your opponent’s turn as long as its conditions are met.

Let’s say you have 1/1 double strike creature with prowess in play. If you cast Giant Growth on it, it gets +3/+3 from the Growth plus an additional +1/+1 from its prowess, turning your innocent 1/1 into a 5/5 that can threaten ten damage. What if you cast an extra combat trick or a counterspell to protect your creature? Additional prowess triggers stack accordingly, and your creature just gets bigger and bigger.

Scary, right? If you aren’t convinced yet on how powerful this ability is, I’ll dig into it a bit more and explain why. But first, let’s cover some basics.

The keyword “prowess” was introduced in September 2014 with Khans of Tarkir to buff blue with a combat-relevant keyword that didn’t involve evasion. This is a Jeskai mechanic so it’s primarily seen is blue followed by red, and white in last. The first pro decks with prowess appeared in Pro Tour Khans of Tarkir, featuring multiple strategies that involved the keyword as their core mechanic. We’ll take a look at those a little further down. We’ve still got more history to cover, first!

Prowess was well received within the community after the Pro Tour. It was implemented in future sets all the way up to the recent Modern Horizons 2. Take a look:

Some key cards like Monastery Mentor and Seeker of the Way have transcended time and still see play in different formats. But those aren’t the only ones, as many other prowess cards have significantly impacted MTG’s history.

Featuring Pearl Lake Ancient, control master Andrew Cuneo showed everyone how busted this mechanic is with this build. All you have to do is play a big creature that just gets bigger as you keep playing counters and removals on your opponent’s threats.

Seeker of the Way | Illustration by Craig J Spearing

Midrange strategies like the one Andrea Mengucci ran are formidable in their own way. Seeker of the Way played a significant role as a creature that stabilizes the battlefield and pressured the opponents with all the non-creature packages the deck runs.

Chained to the Rocks x4

Finally, Brad Nelson showed the world the potential of Monastery Swiftspear in competitive Magic and how later burn strategies could take advantage of this innocent 1-drop that deals tons of damage with a single burn spell.

Every card that isn’t a creature or land will trigger a creature with prowess once it’s cast. However, a non-creature card will only trigger prowess once, even if it has more than one non-creature type. For example, an enchantment artifact only activates one instance of prowess.

No, it’s been phased out from being evergreen since it doesn’t play well in some sets that are either creature-oriented or overlap with mechanics like historic from Dominaria. It’s still being used in supplemental sets like Commander products and general sets that don’t have a particular theme, like Core Sets.

Evergreen is a term for keyword abilities that can be used on any set. Haste, trample, and deathtouch are examples of evergreen mechanics.

Has Prowess Been Removed from MTG? Was it too Powerful?

Prowess hasn’t been removed from the game. It’s been just phased out since there isn’t enough design space in each set.

The problem is not how strong the keyword is, but how it interacts with a set’s general theme. For example, a card with prowess is extremely broken in an artifact-heavy set, while it’s underwhelming in a creature-dense one.

Is Prowess a Triggered Ability?

Yes, prowess triggers every time the controller of a creature with prowess casts a non-creature spell. It goes to the stack on top of the spell that triggered it, and it resolves even if the spell gets countered or fizzles. You can also maintain priority and cast additional spells that can trigger more prowess.

Can You Respond to a Prowess Trigger?

Yes, you can respond to prowess triggers. It goes onto the stack like any other triggered ability.

How Does Prowess Work with Rebound?

Rebound is a keyword ability that allows an instant or sorcery spell to be cast a second time. Since the spell is still being cast, it triggers prowess a second time when this happens.

Magecraft vs. Prowess: What if You Copy a Spell?

These two abilities are very similar, but magecraft narrows the “range” of the ability to only instant and sorcery spells and also counts copied spells. Copied spells aren’t cast, they just go to the stack, so a copied spell won’t trigger prowess.

Additionally, magecraft abilities have different effects, while prowess is the same among all cards with the ability.

Enchantment creatures are still creatures, so they won’t trigger prowess. The same goes for artifact creatures.

Do You Have to Announce Prowess Triggers?

Yes, every triggered ability should be announced to maintain a clean game state. But the effect won’t have a “visible impact” on the board state and may not need to be directly mentioned until something relevant happens (combat, someone takes damage, etc) in some paper tournament situations.

Does Cascade Count as Casting?

Yes, cards you cast off of a cascade trigger will count trigger prowess. Cascade is a mechanic which allows you to cast a spell with a mana-value less than the card with cascade for free, which counts as casting.

Jeskai Elder, Jeskai Sage, and Jhessian Thief make the cut as personal favorites of mine. All three fill a very similar role and are also cards that I’ve used in Commander and Pauper.

Before Seasoned Pyromancer, Bedlam Reveler was popular in Modern decks. It still is as card draw is one of the best tools used by burn strategies. Casting this card for two mana is very common in a deck that runs instant and sorcery spells as more than half their build.

Goblin Wizardry is mainly used in Pauper but also sees play in Artisan. The decks using Wizardry run very little to no creatures.

Left to its own devices, Monastery Mentor can create a small army that can take over the game in just a couple turns. It sees plays mostly in Vintage since most spells are free to cast, and you can cheat this powerhouse on turn 1 and even create a couple of creatures in the same turn!

Where do I start with Monastery Swiftspear? It’s one of the most iconic cards in all the formats it’s touched. From Standard to Modern and even Legacy, Swiftspear has sent tons of players packing as it’s been a powerhouse since it was introduced. The fact that it’s very cheap and has haste makes it a treat that gets very scary in multiples, and it’s a signature in every burn deck where it can be played.

Seeker of the Way

In its prime, Seeker of the Way was taking over games left and right in Standard. It only sees play on Pauper nowadays, but it’s still a very decent creature that can easily close the game.

When Shu Yun, the Silent Tempest was first introduced, a new game mode called “Tiny Leaders” was born. This format is very similar to Commander with one restriction: only cards with a mana value of three or less can be played. As a commander, Shu Yun was the best of the best.

The format isn’t supported anymore, but that hasn’t kept players from brewing Commander decks around this powerful and silent creature.

Soul-Scar Mage is very similar to Monastery Swiftspear Just without haste. It has an incredible ability that can slowly shrink your opponent’s creatures instead, even if your burn spells can’t kill them. It’s mostly seen in Historic and Pioneer decks, but it also appears in non-burn mono red aggro Modern decks from time to time.

Last but not least, we encounter a big bird that gets even bigger with every cheap spell cast: Stormwing Entity. Not to mention that you can cheat this blue elemental into play a couple turns early with the help of a cantrip. This card along with Arclight Phoenix pushed WotC to ban Brainstorm from Historic since it was a very dominant strategy. The Entity’s deck remains strong even after the bans, which means it still has a nest in the current Historic metagame.

If you’re curious about the top decks that use this mechanic, look no further! Here are a couple lists that abuse it to the best of its ability.

This deck runs four of the best prowess cards: Bedlam Reveler, Monastery Swiftspear, Soul-Scar Mage, and Stormwing Entity are all here and paired up with spells that cost zero mana like Mutagenic Growth and Lava Dart. It’s no surprise that matches end by turn 3.

This deck does one thing and does it right: kill your opponent in one turn. You manage this by abusing your cheap spells that either pump your commander or protect it. You won’t find any other creatures in here as you don’t need them. Once Shu Yun resolves, there are no more turns.

I love this mechanic. You can build around it and it’s perfect for tempo-oriented decks. Now, is it fair? I would say so, since Wizards has done good work not combining it with other mechanics or sets that would break it. I wish there were creatures in other colors with prowess or cards that gave prowess to creatures, like equipment or enchantments.

What about you? Do you like this keyword? Do you think it’s fair, or is it broken? Let me know in the comments below! I’d love to see any fun decklists you want to share with prowess. Let’s brew together! 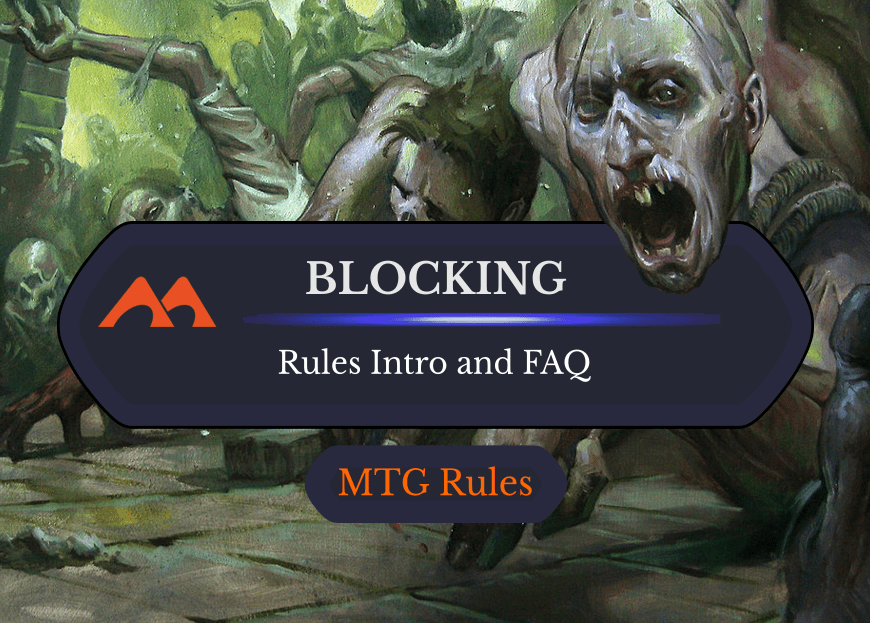 Blocking in Magic: All Your Rules Questions Answered 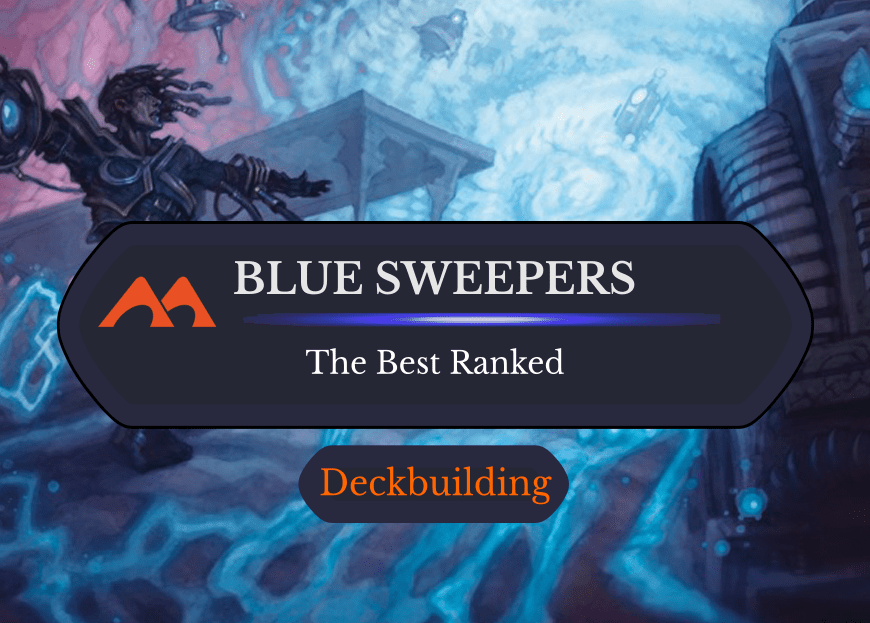 The 35 Best Blue Board Wipes in Magic