Even though the format was originally announced in 2018, it’s pretty common nowadays to see MTG communities organizing Brawl tournaments or inviting each other to friendly Brawl games. It’s evolved quite a bit since it was first introduced to Arena. From Wednesdays-only to the Brawlers’ Guildhall (I didn’t say the evolution was necessarily good), Brawl has come a long way.

But what about mixing formats? That’s right, today we’re going to talk about an even cooler way of playing Brawl, if there even is such a thing: Historic Brawl.

What is Historic Brawl?

If you’re not familiar with this other format, Historic is a constructed, non-rotating game format introduced for MTG Arena in late 2019 that includes sets that have rotated out of Standard. It’s fair to say that players really enjoy the format as it’s become a pretty popular play mode in Arena.

As for Historic Brawl, as the name suggests, it’s a variant of Brawl format. It was first introduced on during the Festival: Erebos’s Memoir of Death event in March. It was even extended for an extra day because of how popular it was!

Basically, Historic Brawl is just what you would expect; the Brawl format (which otherwise uses only Standard-legal sets) with the added Historic card pool. That is to say, sets that are no longer Standard-legal due to rotation.

How to Play Historic Brawl

There are, unfortunately, not many ways to play Historic Brawl. Aside from any of Arena’s events, your only other option is to construct a Historic Brawl deck and then challenge a friend to a game.

The number of (or lack of, I should say) events may be frustrating at first, but since the format is now -partially- supported in-game as a separate deck building format through friendly brawl , we can expect more in future.

If you don’t have any friends in Arena, you can try joining unofficial channels such as the Brawl Hall discord channel or the Arena Brawl website to find other players who want to play Historic Brawl.

Historic Brawl decks follows the same ruleset as Brawl decks, except for a single, important difference. Do you remember what it was? That’s right, you can use cards from the Historic card pool including the Anthologies and any other cards released during Brawl events.

When it comes to Brawl’s general deck building rules, you choose a legendary creature or planeswalker as your commander and pick a single copy of 59 other cards within your color identity to build your deck.

Your commander defines your color identity, which means that you can only use cards that have the same colors as your chosen commander. You don’t need to draw your commander since it waits patiently in the command zone looking over the battleground, and its’ cost raises by 2 mana each time you cast it.

These are Historic Brawl’s banned cards:

Keep in mind that this banned list applies to Historic Brawl events as well. There are some cards that are banned in just Brawl or just Historic, but these separate ban lists don’t apply.

Something to note; when you’re building a “Friendly Brawl” deck in MTG Arena (which is used for playing Historic Brawl) you can still build your deck without any errors, but any cards that are banned in either Brawl or Historic shouldn’t be used anyway.

Now that we’ve covered the basics, let’s jump into what makes a good Historic Brawl deck.

The first thing that you need to keep in mind is the pace of the format. Although games in Brawl tend to last longer, it’s different for Historic Brawl. Since players have a larger pool of cards to choose from, they have access to more low-cost, high-value cards, especially in the 2- to 3-mana range. Considering that this is a singleton format, players can’t include multiple board wipes in a single deck unless they have a wide collection, so creatures are much more important compared to other formats.

Although I hate playing by the meta, I must confess that since you can have more low-cost cards, establishing a solid mana base is much easier. Command Tower alone can save you from a pinch, so multicolor decks are an easier reality. But what about control decks?

If you don’t like fast-paced aggro decks, you can still play reliable control decks thanks to the singleton format. Since your opponent won’t have more than one copy of the same card, countering one of their key cards may see their strategy crumble.

However, keep in mind that there are a lot of players building their decks on brute force, so you may need to have more 2- to 3-mana creatures than you’re used to. But if you’re a little creative and can prevent the swarm for a while, it’ll be much harder for your opponent to make a comeback once you take out their key cards.

Finally, the most important thing that decides whether you win or lose is creativity. Since you have access to a lot of sets, you can easily find some combos that work miracles. You can combine adventures with mutations, riot with mutations, or tokens with mutations. I have a love-hate relationship with the mutate mechanic.

Jokes aside, there are a lot of hidden combos that can be very rewarding if you can manage to pull them off. Hint: there were a lot of mill-based decks in the previous sets and we now have some recent cards that can help you trigger them multiple times.

Huatli, the Sun’s Heart
Teyo, the Shieldmage
Jace, Wielder of Mysteries
Nissa, Who Shakes the World

A dreadful deck with a most terrifying commander. Having Nethroi as a commander basically renders your creatures immortal since you can have them back on the board each time you mutate him… her… it?

The deck has almost no fatal weaknesses, except for the fact that Nethroi’s ability becomes useless if your graveyard is exiled. Lookin’ at you, Ashiok, Dream Render.

Nissa, Who Shakes the World

Veil of Summer
Mystical Dispute
Once Upon a Time

Kinnan is a great commander for ramping up your early game with his ability to double your mana right out of the gate with his 2-mana cost.  Although his ability seems expensive at first, considering the mana base you’ll have if you don’t get too unlucky, you’ll be able to swarm the board pretty quickly with high-cost creatures as well.

The Difference Between Brawl and Historic Brawl

As you may have noticed by now, one of the crucial differences between Brawl and Historic Brawl is the speed of the games. It’s only natural to have a quicker pace with wider access to cards, so sometimes games will be over before you even get warmed up. This changes the meta a lot, so if you’re looking for longer games, Historic Brawl may not be for you.

Choosing commanders is also quite different. In Brawl, color identity and overall synergy with the deck is much more important, whereas in Historic Brawl, most people pick their commanders for their early-game strength. It’s still important to have a commander that synergizes well with the rest of your deck, but late-game power is way less important. Most top-tier commanders for Historic Brawl cost less than five mana and focus on early-game advantage, as you saw.

The Future of Historic Brawl

If you follow Reddit or are in touch with your local MTG community, you already know that Brawl has become very popular since its introduction. The same thing applies to Historic Brawl as there are a lot of people who are stuck at home, only able to play MTG Online or Arena. Since Historic Brawl is unique to MTGA, there are lots of people who use direct challenges to spice up their usual games.

However, I should mention that some portion of this success belongs to the fact that most in-person tournaments were either cancelled or postponed. Don’t get me wrong, Historic Brawl is a very fun way to play MTG, but the lengths you have to go to play it are kinda troublesome. If you don’t have a crowded friend list or don’t want to use unofficial channels to play, the format is a bit inaccessible.

Historic Brawl is a way for MTG Arena players to experience a simpler version of EDH since there aren’t as many cards. However, when more experienced players who play MTG Online start going back to their communities, the format might suffer.

If WotC wants to keep its popularity alive, it needs to introduce more in-game events or even its own queue so more people can jump in. Reddit is always full of players testing decks or asking for help against some troublemakers like Kinnan or Teferi, so it’s safe to say that the future is promising, but also depends on WotC’s love for the format. Let us know if you have anything to add and don’t forget, you can always use our Arena Tutor to keep track of your deck’s record and performance!

Is Two-Headed Giant Ever Coming to MTGA? 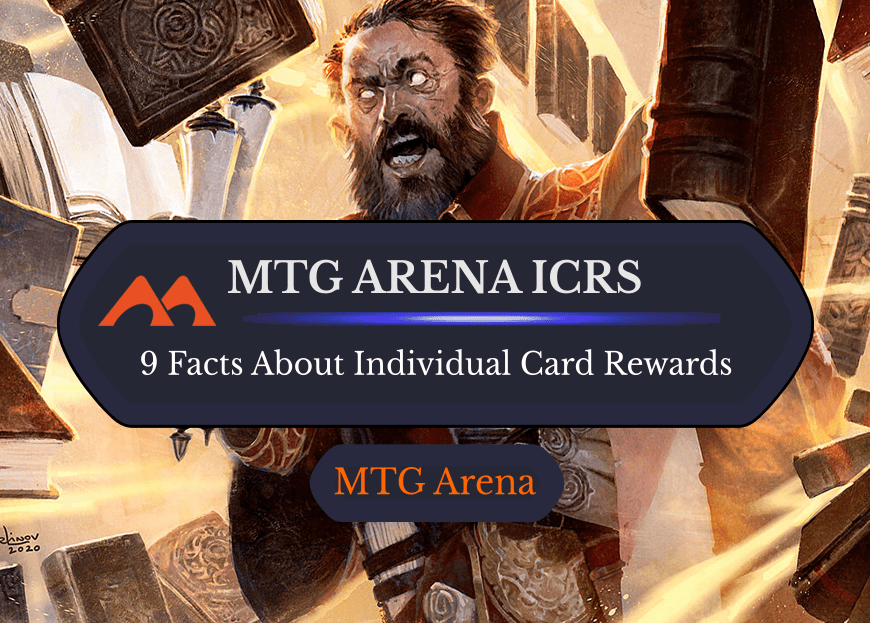