Dark Heart of the Wood | Illustration by Mark Tedin

The “Banned and Restricted” announcements for MTG are pretty polarizing within the community. An important part of the formation and maintenance of constructed formats, it’s a huge part of the Magic ecosystem and has a lot of chatter around it.

But what is it? Why is it? Where is it? Who is it? Who am I? Who keeps eating my cereal at night?

These are all important questions that you’ll find the answer to both here, and at the back end of a breakfast-related existential crisis. So, let’s just do it here instead! Nobody needs to know about the cereal.

This is going to be super long, so buckle up and get ready for what is probably the most comprehensive thing you’ll ever read on the history of banlist discussions! That’s the goal, at least.

In the words of a 90s icon, much like Magic itself, lets-a-go!

Or. even better: Wah!

First of all, if you’re just here for the latest announcement, here it is:

Why Are Cards Banned?

WotC has a ban philosophy, which you can try to figure out by scouring articles all over the internet and ending up down a hole of design philosophy, old formats, and eating ice cream at 4am wondering what it all means.

But I did all of that work for you!

You see, on a blanket level, Wizards bans cards for one of the four reasons below:

The thing is, play design is hard. As seen recently with Oko, Thief of Crowns, one wrong stat can make a card absurdly powerful, and unlike video games, there’s no way to patch or errata said mistake.

Sometimes, Wizards needs to innovate, so they make new ideas that may be too strong for the game. Banned and restricted lists are filled with these card designs.

The cards need to go so they don’t end up overrunning the format. And sometimes newer strategies break older cards, so the older cards get banned while the newer cards still get sold. Honestly, I don’t see any correlation between new sets and wanting people to play with new cards, and profits and…

“Mom, I’m gonna have to take the ice cream again!”

But seriously, we all make mistakes. And the banned and restricted articles are a great insight into why these cards are broken, and what they’ve done to their formats. Honestly, the day a new B&R article drops is like Christmas for some of us. Especially when the metagame turns into what it’s become recently. I don’t even need to name the format. You know.

I don’t particularly agree with all of these decisions, like the banning of my sweet, sweet Splinter Twin. But Wizards are experienced and they can be very right sometimes. They do also miss the mark sometimes, though. Faithless Looting was an issue for years and was only banned in 2019. But if we didn’t believe in the game we wouldn’t be here.

Who Does the Banning?

Any other format usually has its own committees or council to ban the cards.

We have no clue.

This means that cards are banned quicker but also that we have no preparation for these cards getting banned. We can still say that the cards are always banned on Mondays, though.

So, I think that’s it from me. Now, it’s time for me to spew a bunch of cards that are banned in formats for your pleasure.

I apologise, in advance, for the amount of spewing.

The Standard format uses the most recently released Magic sets.

This format lets you dive deeper into Magic’s history, allowing cards from Eighth Edition to today.

The following cards are restricted, which means you can only have one of them in your main deck and sideboard combined:

Pioneer is a new nonrotating format featuring cards from Return to Ravnica and forward. The following cards are banned:

The following cards are banned from the format:

In this Magic format, all cards must have been printed at common rarity in a Magic set or product. Common promo cards are only legal if the card meets that qualification. If a common version of a particular card was ever released in Magic, any version of that card is legal in this format.

The following cards are banned in this format:

The following cards are banned in Brawl and can’t be included in your deck or used as your commander:

The following cards are banned in block-constructed tournaments:

Timeline of Bans in MTG

All right. Let’s take a look at the banlist update from July 2nd 2018 (before we started getting regular updates because of the turbulent nature of recent card design) to now.

The B&R list has lots of myth, trivia, and legend around it. For example, there have been more cards banned in Standard since 2017 than before 2017. This is absolutely insane, and I’m not going to keep going on about power creep, but it’s definitely a telling statistic.

Also, the artist with the most cards banned in any format is Mark Tedin, which is very interesting. He’s probably the most powerful Magic artist. It really makes you think about how many of the most iconic cards have been helmed by his art. Rob Alexander and Volkan Baga are tied for second with nine cards each.

Well, that’s it from me today. I hope you enjoyed our time together. Do you have any opinions about the banlist, or any cool trivia? Did you like what you read? Let me know down below in the comments!

If you’re enjoying what we do, then feel free to become a member of our Patreon! It helps us continue making lengthy stuff filled with content and (in my case at least) prevent existential crises about the design philosophy of Wizards of the Coast. Just as an example.

Thank you for reading my compendium on bans, restrictions, cardboard, and ice cream, and I hope to see you again. Have a good one!

Ays - known online as 'sushi' or 'sushiske' - has been playing Magic since 2017, and plays a wide variety of both eternal and postmodern formats. They can be found playing their pet deck BUG Intuition in Legacy, or frequenting the Magic twittersphere for top tier memes. 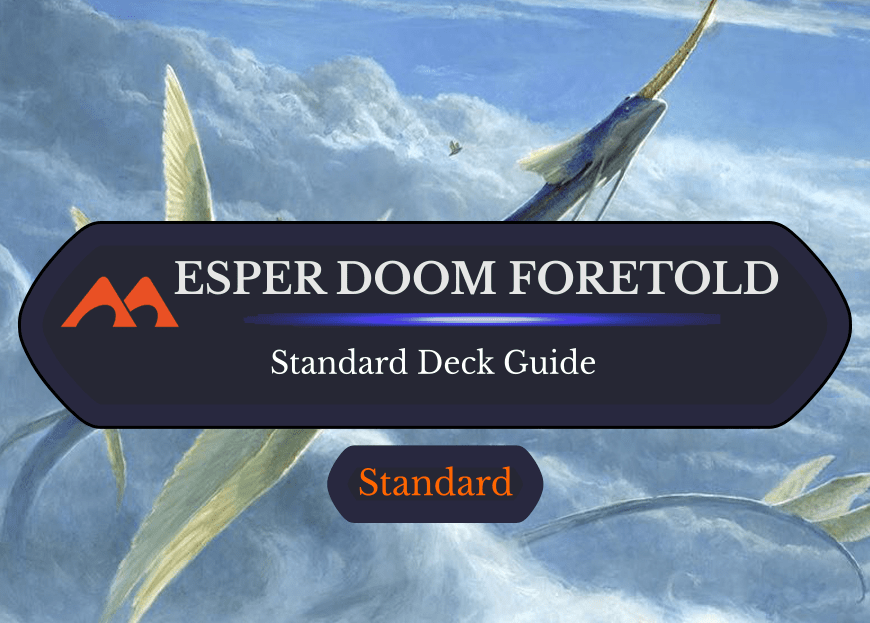