Singleton formats (also known as Highlander) have grown in popularity over the last decade, especially with Commander’s immense growth. There’s also a ton of variety in these formats with their own deck construction, card legality, and even special rules. Heck, a couple of them are officially sanctioned formats and get product support from Wizards themselves!

But what exactly makes a format a singleton format and what other options are out there beyond just Commander and Brawl? I’m gonna explain it all like Melissa Joan Hart in a 90s sitcom about being a teenage girl.

What Is a Singleton Format?

Singleton formats are formats that can’t have any duplicate cards, which means every card has to be unique and can’t share its name with any other card except for basic lands. Most singleton formats don’t allow sideboards either, but this isn’t a hard rule.

Each format has its own card legality rules including ban lists and available card pools, though most are Legacy– or Vintage-legal cards so almost anything is allowed.

What Singleton Formats Are Available on MTGA?

Arena currently only supports Brawl and its Historic equivalent, Historic Brawl. Wizards sometimes has special singleton events with their own unique rules, but these aren’t official and often only last for a few days at a time. Brawl was originally created for Arena and is the closest thing to Commander you’ll get on there.

There’s also a community format known as “Gladiator” that’s been popular for a while. While it’s not officially sanctioned by Wizards it does have its own fan base and was once used for a special event known as “Super-Singleton.” I highly recommend checking their out site and trying a game or two if you’ve never played before.

What Other Formats Have There Been on MTGA?

Like I mentioned earlier, MTGA has had a couple of singleton events here and there, the biggest one being the Super-Singleton event. Its ban list was slightly different than Gladiator’s but was all Historic-legal cards up until that point. Sadly there are no other formats I can find that have any actual news about them.

Overview of Singleton Formats on MTGA and Off

Hopefully as the card pool in Arena expands we’ll be able to see more of these making their way over to the digital realm.

You know it, you love it, you probably play it with your friends! Commander is now the second-most popular format behind kitchen table Magic. It’s my favorite format by far and I play with my friends once a week.

EDH has an expansive card pool that includes everything Vintage-legal with a ban list for some problematic cards here and there. The depth and variety of decks are impressive and one of the reasons why I keep coming back to Magic. I get to do some of the silliest combos and interactions that either win the game or make a hilarious board state. Either way it’s a win in my book. Commander even has different variants for 1v1 or group play, so you can try those out too!

MTG Arena’s answer to the Commander format. Brawl is a 60-card format with a legendary creature or planeswalker as its commander and plays very similar to Commander. It’s not possible to have full-on Commander games thanks to MTGA’s limited card pool so Brawl was created as a newer low-power format.

There’s also a Historic variant as a slightly more powered version of the format.

One of the old Highlander formats, Canadian Highlander sports a Vintage card pool and a unique ban list. The coolest thing about this format is its points system where particularly powerful cards are worth a number of points.

You then get 10 points to spend on these cards when constructing your deck. This makes deckbuilding a little varied since you have to weigh the pros and cons of using cards like Sol Ring, Thassa’s Oracle, and Demonic Tutor to balance your point total.

Also known as German Highlander, European Highlander dates all the way back to 2004 when a player named Frank Topel published an article about a unique singleton format he played in Dortmund. The format has since grown and flourished to its own community of players. They sport a robust ban list over a points system and seem to be pretty involved with the community.

The last of the “Highlander” formats, Australian Highlander combines both European and Canadian formats into a unique flavor. Alongside their Vintage card pool they also use the Vintage ban list paired with a 7-point system like Canadian Highlander with different point values and a wider variety of cards. This variation consists of 60-card decks and 15-card sideboards, which is unique compared to the other formats I’ve discussed.

Tiny Leaders is a unique little blip in the timeline of Magic’s history. It popped back up in 2013 as a variant of Commander with one big deckbuilding restriction: all of the cards in your deck must have a mana value of 3 or less.

This makes the game’s dynamics much more interesting. Sadly the format sort of came and went and I don’t see many players talking about it anymore. Everyone in my area had already stopped playing by the time I put together an Alesha, Who Smiles at Death deck.

It looks like the format is barely clinging to life if you peep at the format’s subreddit and website. A lot of its community are talking about balance issues and lack of activity. Two projects have risen from the ashes of what’s left, forming “The Tiny Leaders Conservation Project” and “Tiny Leaders Reborn,” but both of these are incredibly new and there’s not much going on yet.

Oathbreaker is another Commander offshoot with its own unique twist. Instead of a legendary creature as your commander you have a legendary planeswalker as your “oathbreaker” and an instant or sorcery as your “signature spell,” with both adhering to the same rules as a commander. Oathbreaker decks also are only 60 cards including your Oathbreaker and Signature Spell and there are no sideboards.

While the format is still new it seems to be quietly staying afloat. It’s got a small but active following on social media and still has its fans.

Tips for Building a Singleton Deck

There are a bunch of ways to build a singleton deck, and then there’s trying to do it right. I’ll give you some tips on how I build my decks, but keep in mind that these are heavily skewed for Commander so they may not always apply depending on the format you’re playing.

Unlike other formats where ramp can be impactful, ramping in singleton formats has a much bigger impact. Not only does ramp thin your deck it also ensures you have a play every turn in an ideal world.

Most singleton formats use the Vintage banlist which means a lot of extremely powerful ramp cards are available to take advantage of like Cultivate, Harrow, and Blighted Woodland.

Because singleton formats are intentionally inconsistent, you’re going to want to remedy that as fast as possible. This is why tutors are so backbreaking in singleton formats; it essentially means having two copies of any one card at a time.

Paired with heavy card draw, this means you’ll have an answer or a play more often than your opponents. Cards like Demonic Tutor, Vampiric Tutor, and Green Sun’s Zenith are all-powerful in the right deck.

Set a Theme and Stick to It

Whether your commander has a theme you can build to support or you’re just playing some Canadian Highlander with your friends, you don’t want to just pick the best cards in the colors of your choice and then slap them together.

Having a solid idea of how you want your deck to perform is key to any build and you should focus on adding cards that support that theme. Whether it’s a Voltron deck, +1/+1 counters, or even infect, make sure your cards support what you’re trying to do.

Continuing from my last point, figure out how you want to win the game. Are you planning on overrunning the board with Overrun effects? Locking players out of the game with Teferi, Temporal Archmage and The Chain Veil?

Whatever you’re trying to do, make sure the cards in your deck support that and aim for your goal every time.

This is a neat Commander deck that I’ve been playing recently. It uses Phyrexian Altar paired with Gravecrawler to cast it infinite times from the graveyard as long as you have another zombie out. Tormod, The Desecrator just so happens to be a zombie and it’s in your command zone.

And you also get a bunch of 2/2 zombies since you’re infinitely casting a card from your graveyard. You can generate infinite mana with this combo, trigger Altar of the Brood infinite times, drain for infinite life with Blood Artist, or just exile everyone’s decks with Gravestorm.

This build is heavily on the cEDH side of Commander but it’s an absolute blast. It’s quick, pretty reliable with tutors, and slightly different than what you’d expect in the format.

Singleton formats are a great way to flex your creative muscles and play with powerful cards without breaking the bank on a full playset. It’s a type of format that’s been around since the early 2000s and there’s definitely no end in sight, especially with how popular Commander is. The unique and interesting variants on a simple ruleset have blossomed into several fantastic communities with their own metagames and fun ways to play.

How do you feel about Singleton? Are you strictly Commander only like me? Or are you a ride-or-die Tiny Leaders player? Tell me all about it below or join the conversation on our Discord.

I’m going to get ready for my weekly Commander meetup and hopefully show them how neat my Tormod/Thrasios deck is. Have a good one! 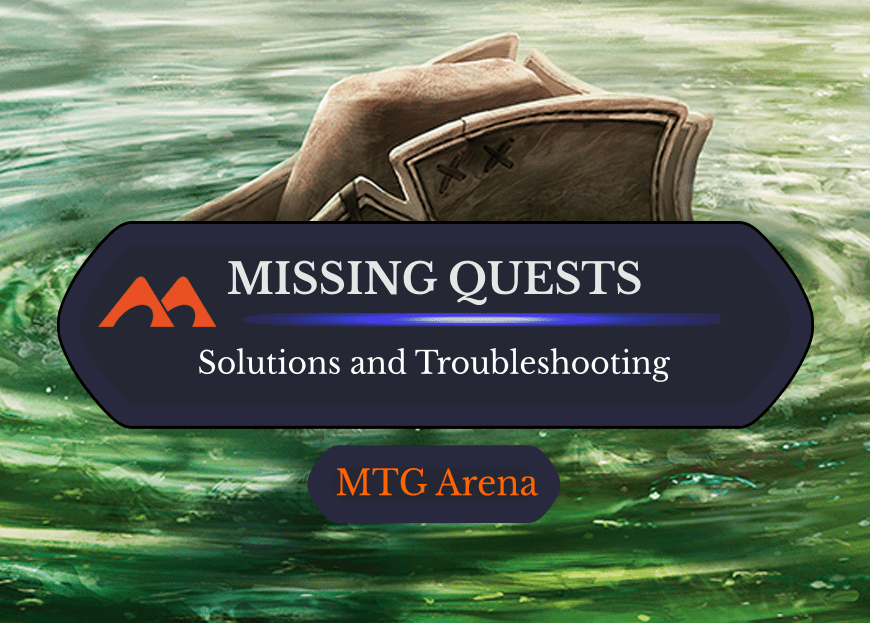 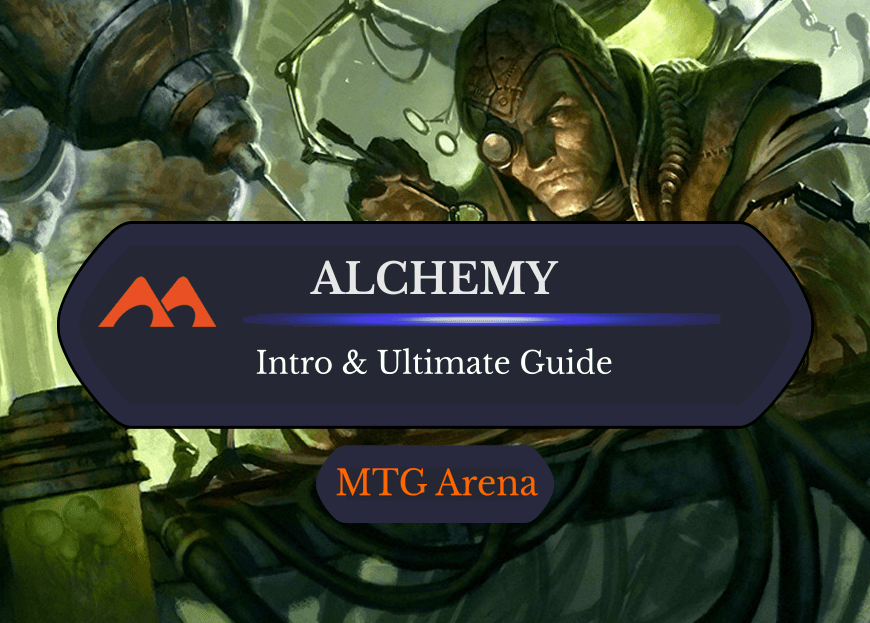 Everything You Need to Know About Alchemy on MTG Arena