Everything You Need to Know About Activated Abilities in Magic

Magic boasts a wide range of different cards, effects, and abilities. But unless you delve a little deeper into the rules, sometimes the details of how these work are completely lost on you.

Today I’m going to talk about activated abilities. What they are, how they work, and how you can identify them on your cards. Let’s just jump right into it!

What is an Activated Ability in Magic?

Reap What Is Sown | Illustration by Cynthia Sheppard

Ready to get technical and use some English punctuation skills? We don’t use them all that often in regular speech, but what you need to look for is a colon. All activated abilities in Magic have a colon (“:”). It’s that simple.

Activated abilities are structured as a list of costs that you have to pay, each separated by a comma, followed by a colon, and then the effect that the ability gives you. It looks something like this:

As an example, let’s look at a recent card from Neon Dynasty: Mothrider Patrol. Patrol has an activated ability that says “, Tap: Tap target creature.” Its ability has two costs listed before the colon (paying three generic and one white mana and tapping itself), and the effect you get is to tap a creature.

What Things Count as Activated Abilities?

The loyalty abilities of planeswalkers are also activated abilities.

There are around 6,500 cards in the game that either have or reference activated abilities. Among that enormous pool of cards are some really weird examples.

By far the weirdest activated ability I know of is Lightning Storm, the card that used to be the win condition in Modern Ad Nauseam decks. Only a small handful of cards (five in total) even reference the stack in the first place, let alone having an activated ability that can only be used while there. Torrent of Lava similarly grants activated abilities to creatures while it’s on the stack.

When Can Activated Abilities be Used?

Activated abilities can generally be used at any time as if you were casting an instant. This includes when you’re attacking, during your upkeep before you draw for the turn, and even on your opponent’s turn.

But there are some exceptions. Some abilities specify a time when you can activate them, like the forecast mechanic on Plumes of Peace or Eternal Dragon’s first ability. Bloodrush abilities like Ghor-Clan Rampager are restricted based on what kind of target they need since it requires an attacking creature and can only be used during combat.

The most common restrictions you’ll see on cards is “activate only as a sorcery,” meaning you can only activate it on one of your own main phases while the stack is empty, the same as if you were casting a sorcery spell. And there’s also the self-explanatory “activate only once each turn.”

Can You Activate a Creature’s Ability Before It Dies?

Assuming that you can pay the costs, you can absolutely activate a creature’s ability before it dies. The best part about creatures that sacrifice themselves as the cost of their ability is that removal is so bad against them and they make for great chump blockers. Sakura-Tribe Elder is my favorite example of this, letting you play it out and absorb a bit of damage before sacrificing itself for value.

This also includes other kinds of activated abilities. If your creature has a tap ability but you want to block with it, you can always just block while it’s untapped and then tap it to use its ability before it dies in combat. The same goes for if it’s targeted by removal. You might as well get value from your ability before the removal spell hits.

Can You Use an Activated Ability More Than Once?

As long as you can pay the cost each time, you can use the same activated ability as many times as you like. Though some recently printed abilities have the wording “activate only once each turn” to restrict this. Abilities that require you to tap the permanent they’re on certainly feel like they can only be used once per turn, but you can use the ability again if another ability untaps it.

This is especially relevant for infinite loops. The classic combos of Deceiver Exarch with Splinter Twin or Devoted Druid with Vizier of Remedies involve you activating the same ability as many times as needed to win the game.

What’s the Difference Between Triggered and Activated Abilities?

An activated ability is basically an ability that you can control when you use it. Very similarly to casting a spell you have to choose to use it. You don’t have any direct control over triggered abilities as they automatically trigger whenever their trigger happens.

Early on in learning to play Magic you learn about summoning sickness and that it applies to “tap abilities.” i.e., abilities that include the tap symbol as a cost. These are activated abilities as they contain a colon, and the tap symbol is one of the listed costs.

Can You Activate a Creature’s Ability if it Has Summoning Sickness?

Summoning sickness only stops creatures from attacking and activating abilities that use the tap symbol as a cost. As long as the tap symbol isn’t in the list of costs then you can still activate those abilities.

This also applies to abilities that tap the creature as a cost but don’t use the tap symbol. Heritage Druid and Birchlore Rangers can tap themselves to activate their abilities through summoning sickness, and summoning sick creatures can also be used to crew vehicles.

What About While It’s Tapped?

As long as you can pay the costs, you can activate a creature’s abilities even if it’s tapped.

Is Paying Mana an Activated Ability?

While planeswalker abilities don’t have a colon in them that’s just because of the way planeswalker cards are templated. They still count as activated abilities.

A common question I see a lot is asking if activating an ability counts as casting a spell. It does not.

Activated abilities don’t trigger effects like magecraft, and their costs aren’t reduced by cards like The Immortal Sun. They also can’t be countered by counterspells that say “counter target spell.” But some counterspells are capable of countering them, like Voidslime or Disallow since they specifically name activated abilities as something they can counter.

How Do you Search for Activated Abilities on Gatherer/ScryFall?

On ScryFall, use the syntax [o:”:”] without the square brackets and you’ll find all cards that have an activated ability in their card text. This also includes cards that give abilities to other cards.

My favorite and probably the card that most competitive players jump to is Pithing Needle. I used to joke that every single sideboard I played had at least one Needle in it when I started playing Legacy.

Whether you use it to shut down Aether Vial, Wasteland, or Jace, the Mind Sculptor, Pithing Needle found targets in a lot of matchups. And at just one mana you’re unlikely to find another option that’s as good.

Five years ago we saw the natural successor to Pithing Needle when we got Sorcerous Spyglass in Ixalan. While Spyglass costs an extra mana it lets you take a look at your opponent’s hand to see if a better option presents itself, which makes it a better card to side in if you can reliably cast it.

I won a game thanks to this card in early 2020 as my Bant Control opponent laid out his hand expecting me to name the Oko, Thief of Crowns he had waiting for me. Instead I named Misty Rainforest since they were his two land drops so far and he hadn’t cracked them yet. He then had no mana to play the game with and lost shortly after.

A host of other cards have seen a ton of competitive play to shut down the abilities of artifacts, including Null Rod, Stony Silence, Collector Ouphe, and Karn, the Great Creator. These have always been a thorn in the side of affinity-style decks since they even stop artifacts from tapping for mana, effectively switching Mox Opals and artifact lands off.

Karn even resulted in the banning of Mycosynth Lattice in Modern since turning everything into artifacts and stopping your opponent’s artifacts from activating abilities stops them from ever tapping their lands for mana again. You usually lose the game if you can’t spend any mana on anything.

Magic rules can be complicated, but some aren’t that complicated; you just haven’t looked into them before. Activated abilities are very easy to identify and the rules surrounding them are pretty straightforward once you read them. Hopefully you’ve taken something away from this and the next time you go to ask a judge if your Pithing Needle works on your opponent’s card, you might remember this and be able to work it out for yourself.

Do you have any fun stories about activated abilities? What’s your favorite activated ability on a card? Let me know in the comments down below or over in the official Draftsim Discord. 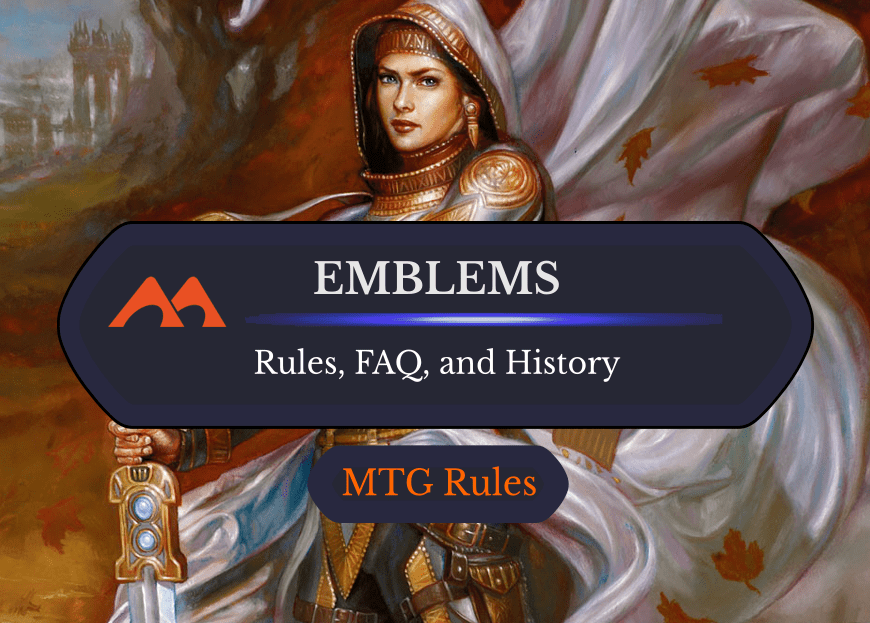 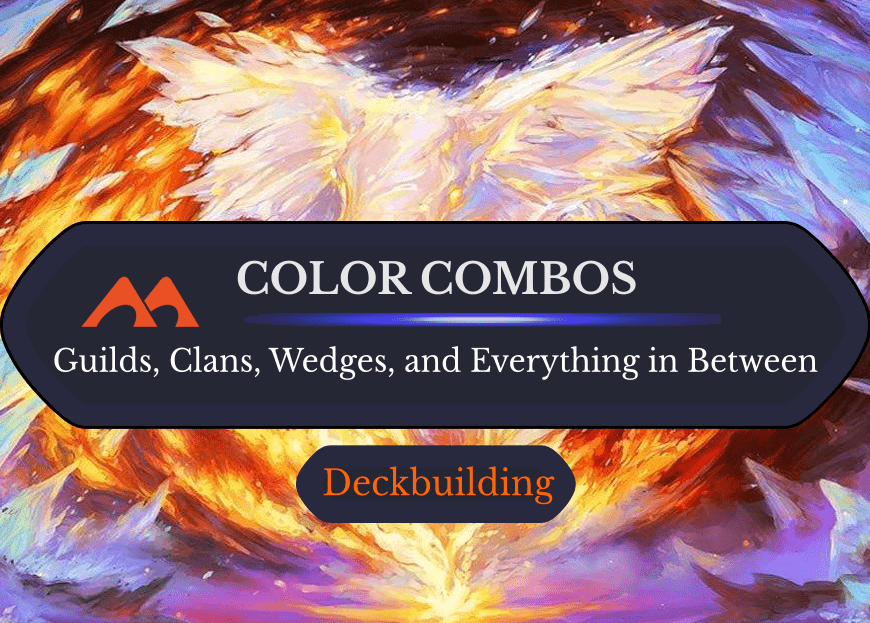 The Color Combinations of Magic: Guilds, Clans, Wedges, and Everything in Between