How Does Commander Color Identity Work?

Oona, Queen of the Fae | Illustration by Mila Pesic

If you’re a seasoned Commander player, you’re probably familiar with the concept of “color identity.” If you’re not, then may not have worried about it before. Deckbuilding around your commander’s color identity can be confusing if you’re new to the format.

Today I’ll be taking a look at what color identity is and how it interacts with other mechanics and cards when building an EDH deck. Let’s get started!

What Is Color Identity for Commander?

Color Identity is a rule that checks for all of the mana symbols within a card’s casting cost, color indicator, and rules. You’re only allowed to use cards within your commander’s color identity when building a Commander deck.

For example, if your commander has a color identity of red and green, you can only play cards that use red or green mana (or both).

What Parts of the Card Are Considered for Color Identity?

A card’s color identity is determined by the mana symbols within its casting cost, its color indicator, and its rules text. Let’s use Tazri, Beacon of Unity as an example.

Tazri is a white creature by default so it won’t be affected by cards like Dark Betrayal that target a specific color that isn’t white. But Tazri’s color identity is . This is because the other four colored mana symbols are in its rules text for its activated ability. Even though aren’t in the casting cost, they still count towards the card’s color identity, making Tazri a 5-colored commander.

Why Does This Rule Exist?

Color identity is a rule that’s exclusive to the Commander and Brawl (plus Historic Brawl) formats and exists solely as a thematic piece. It’s really just there to make you build your deck around certain restrictions and get super creative with what’s available in your colors.

Color Identity is actually what makes me like Commander so much. It’s a breath of fresh air compared to the deck construction of other formats where you can use any colors you want as long as you generate the right types of mana for it.

How Does Color Identity Work for Lands?

Lands are interesting when it comes to color identity. Lands are colorless cards since they have no casting cost and no color indicator, but the color identity rule still restricts what lands you can use in your decks.

Interesting question! Color identity does include the back face of dual-faced cards. Using Westvale Abbey as an example, the Ormendahl, Profane Prince side has a color indicator to the left of the type line that indicates that side of the card is black.

This makes Westvale Abbey only usable in decks with black as part of their color identity. Similarly, any activated abilities on the back face of dual-faced cards would be included in that card’s color identity.

What’s the Color Identity for a “Colored” Devoid Card?

How is Phyrexian Mana Treated?

How is Hybrid Mana Treated?

Hybrid mana is, well, hybrid! This means that it counts for both of the colors displayed when determining color identity. Oona, Queen of the Fae, for example, has a black and blue color identity.

What About Colorless Mana Symbols?

Colorless mana symbols don’t mean much in terms of color identity. Yes, they technically denote that the card is colorless, but that doesn’t give it any special permissions to enter decks. If the card is also red, though, it can still only be used in decks that have red as part of their color identity.

Do Mana Symbols Only Found in Reminder Text Count?

As much as I’ve talked about using the whole card, this is the one place where the mana symbols don’t count towards color identity. The extort mechanic is a good example here.

Reminder text has no rules in it, just examples of the rules for players to comprehend in case they forget. For example, Blind Obedience has a white color identity because the hybrid mana symbol is part of reminder text, not rules text.

Honestly, that’s kind of a life saver. Things would undoubtedly get confusing on a couple of cards if reminder text counted towards color identity.

How About Cards That Make Tokens Like Monkey Cage or Mad Ratter?

Cards like Monkey Cage and Mad Ratter that mention other colors but don’t include the mana symbols thankfully don’t cause a lot of headaches. The mention of a color does nothing for color identity, as the rule only checks for mana symbols.

That about wraps all that I have for you today. I’m so glad you had time to stop by and chat for a bit! Color Identity is super neat and contributes a lot to how unique and fun Commander is.

Do you have a favorite color combo in Commander, or maybe a favorite commander you’d like to talk about? Drop your comments down below and start stirring up some discussion!

As always if you’d like to see more from us then all you need to do is visit our blog and start browsing. The year’s end is coming around pretty quickly, so stay warm, stay happy, and I’ll see you next time! 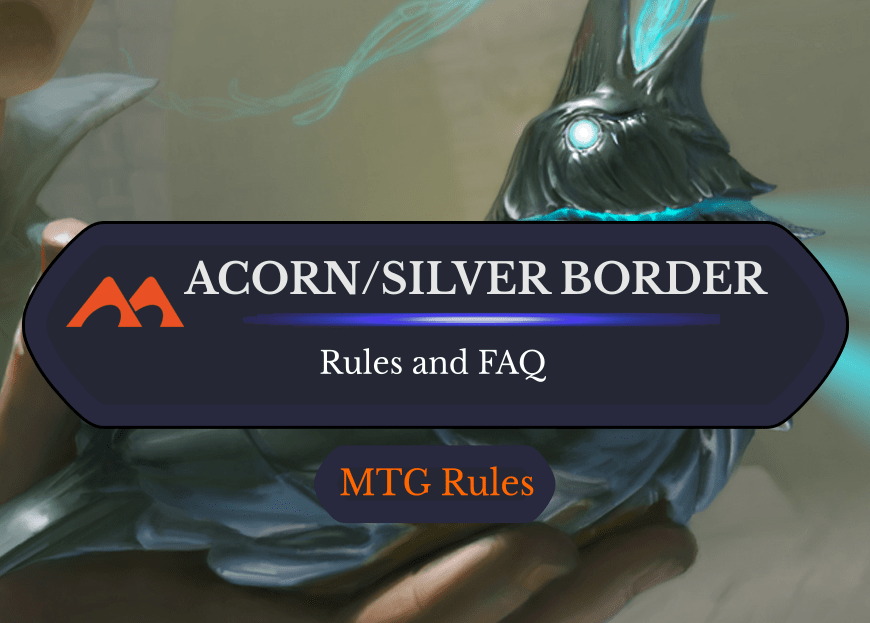