When it comes to full art lands, I imagine you’re probably a fan, and you’re in fine company. These artistic beauties are rightfully loved by MTG players all over the world. Jumping on the bandwagon, I’m going to be taking an artful trip along paper and MTG Arena lane to show you what’s available in both these worlds.

So, buckle up and get ready for a deep dive into MTG(A)’s full art lands.

In past versions of MTG Arena, you were able to get full art lands in your decks through a couple of “shortcuts.” And by shortcuts, I mean basically cheating the system.

Sadly, WotC has now smoothed out all these “shortcuts.” The only way to get full art lands on Arena now is through the proper channels, which I’ll be talking about in just a second. Let’s get to it!

How to Get Full Art Lands on MTGA

Now that you’re here, let’s talk about how you can actually get full art lands in your decks on Arena. As we’ve just learned, the easy ways of going about this are no more.

Honestly, though, the way to the full art lands on Arena is actually pretty fun, in a sense. There are a couple different ways that all center around the same core: playing games of Magic. You’ll need to pay attention for when certain special events, challenges, promo codes, and sales pop-up, though.

Not all events and challenges will get you full art lands, as there are specific events created specifically for you to get your hands on them. In the past, these events have involved different deck challenges that run for a small-ish timeframe. Usually, though, you can play as many times as you want until you reach the grand prize of a full art land while the event is running.

There are also occasional promo codes that you’ll get from paper products that ”unlock” digital full art lands in MTG Arena. All you need to do is buy the paper product and then use your one-time code that will be included. Voila, the lands are available to you in every deck you’ve got in your account!

Every now and then the MTGA store will also just straight-up sell some full art lands. The last time Arena did this was with the Unsanctioned lands.

Events, paper promo codes, and the MTGA store are all things to keep an eye on to stay on top of ways to get your hands on those coveted lands. But what are the potential options? I’m so glad you asked!

Let’s check out all the lands that have previously been made available on MTG Arena. Most of MTGA’s full art lands were also physically printed, and I’ll cover dual releases a little further down. This is for purely digital full art lands. Let’s take a look!

The great thing about an online platform is that you can do away with borders even more. This is exactly what happened with the Unsanctioned lands which were added to Arena in February 2020, which differ slightly from the paper versions. I wonder why they didn’t just print these as the paper versions, though. I get the nod to the original Un-lands, but this looks a bit cleaner.

As is to be expected, there are a lot more versions of full art lands in real life for you to choose from, collect, and put in your decks. Take a look and take your pick! You can’t go wrong here, because, honestly, they’re all incredibly beautiful.

These lands are the OG full art lands of MTG. That’s correct, the very first iteration of the full land concept. They were released in the first Un-set back in August of 1998.

Zendikar is a huge plain that contains huge monsters. The jump to huge lands, aka full art, was only logical. Like the Un-sets, every future visit to this plain was sure to include another iteration of these curved-bordered Zendikar landscapes, though this first release was back in October 2009.

Terese Nielsen is one of MTG’s most sought-after artists, so it was no surprise that when it was time to give birth to full art judge gift lands, Wizards turned to her to illustrate. Once upon a time, these lands were the most expensive basic lands you could buy for your decks until the guru lands came along. Which, maybe not too surprisingly, were also illustrated by Terese Nielsen.

Our first return to Zendikar in October 2015, these new full art lands were included to the delight of Magic fans everywhere. Like the first visit to Zendikar, they made sure to give you four new arts for each basic land.

And it sounds like we’ll have more full art lands in our next return to the plane, Zendikar Rising.

Oath of the Gatewatch

While we were still on Zendikar, the incredible devastation of the Eldrazi caused the land to turn colorless. This gave Wizards the perfect opportunity to give you these two gorgeous, colorless lands in all their full art beauty.

The last set of 2017 to feature full art gorgeousness was the fullest lands we’ve seen so far, given to us in December. Practically borderless and beautifully illustrated by the great John Avon, these nuggets became popular very quickly. And, honestly, looking at them it’s not hard to figure out why.

Two years without full art lands left us parched, so when Modern Horizons came out in June of 2019, it saw something we’d never seen before: full art snow-covered lands. Before certain bannings, these lands were pretty expensive because no deck could go without them, but now they’re available at a more reasonable price. So, if you’re a fan of winter wonderlands, go pick some up for sure.

Another Un-set, another set of full art lands to go with them. Adam Paquette used his talent to create these wonderful and unique looking lands for the first reprint of a combination of Un-sets, which we got in February of 2020.

I mentioned new iterations that we’d never seen before back in Theros, and tri-lands came as the newest shock when they were released. No wonder WotC took this wonderful first to celebrate it with special full art editions, which we were graced with in May 2020.

While not the first reprints of full art lands, these may be the most anticipated. Double Masters gave us these beauties in August 2020. With a new border to grace these wonderful pieces of art, they’re sure to get a whole new generation of players excited about collecting them.

Some full art lands were released to both Magic’s digital platform(s) and to physical printing. These identical full art basics are available to you whether you prefer the feel of paper Magic or the ease and aesthetic of the digital world!

The Unhinged full art lands were originally released in November of 2004. The second Un-set saw the realization of these gorgeous lands. Fuller art, smaller borders, everyone went crazy when they hit the scene. These sets have become a staple for full art lands and will definitely continue to feature new and exciting lands for you to collect.

You could get your hands on these lands in MTG Arena when Amonkhet was first available back in April 2017. Unfortunately they weren’t available for a long time so newer players who weren’t part of the beta will have missed out. However, there’s now a second chance for you to get your hands on these beautiful lands in the MTGA store with the release of Amonkhet Remastered.

If you’re starting to see a pattern in full art lands showing up more frequently as time moved forward, you’re right. Wizards finally picked up on the never-ending demand for full art lands, and Amonkhet was the first of three sets released in 2017 to feature them.

Just like with Amonkhet, Hour of Devastation is for sale alongside MTG Arena’s Amonkhet Remastered if you’re looking for the digital version of these lands. You’ll be able to get your hands on these awesome looking lands once again.

As the name of the set suggests and eternally captured in the art of these full art iterations, Nicol Bolas’ time was at hand. Moving the sun slightly to directly in the middle of his horns perfectly captured the beginning of the battle against this powerful planeswalker. The second of 2017’s trio, these lands were released in July 2017.

With the release of Theros: Beyond Death back in January 2020, MTG Arena had a couple of events that would reward you with these lands and they were in the store for a short while. If you missed out on those, you’ll have to wait for another opportunity to get your hands on these Nyx-alicious lands.

2020 proved to be another full art bonanza, and Theros was only the first set to feature a new twist on them: Nyx-weaved iterations of the iconic symbols for basic lands.

The Godzilla-inspired set of Ikoria became available not too long before this Secret Lair dropped in July 2020. Suffice it to say, they’re Hot with a capital H! You could get your hands on these in MTG Arena with a product code included in the Secret Lair drop, received upon arrival of your purchase of this product.

Huge creatures, full art, front and center. WotC released these with a Secret Lair drop in July 2020, and I don’t see how you can look at these and not love them. They’re pretty hard to get now that the drop has come an gone, so let’s cross our fingers that they’ll soon be the reward in a special event in MTGA!

These beautifully-illustrated stylized lands come to use from the spooky, night-filled Midnight Hunt set that marks 2021’s Standard rotation. The lands are pretty unique with a borderless black and white art style. We get two versions of each of the five basic lands for a total of 10 new full art lands. Spine-chilling, aren’t they?

My Take On It

Opinion time! Obviously, this is super subjective and we’re more than likely not going to agree on this, but that’s OK. I’m kinda old school, so for me the first Unglued lands are the most desirable full art lands to get your hands on:

But that’s just me. The widespread consensus on this subject is a little different.

Most players find the Unhinged lands, illustrated by John Avon, to be the best and most beautiful full art lands available out there. This hasn’t escaped Wizards’ notice either, because I wouldn’t be surprised that this is why they’ve chosen to reprint these specific five basic lands in special packs of Double Masters. Here they are again if you missed them up there:

Obviously, this is an incredibly subjective debate, so there’s no “right” answer. Hopefully, you’ll now have a great place to go to choose your favorite full art land to grace the contents of your decks.

With that gorgeous list of lands for you to peruse, we’ve come to the end of our talk today. I hope that our time together has helped you further appreciate the art of Magic. If you’ve been moved to go out there and buy actual full art lands, then I consider that a fruitful completion of the full art tree that’s on show up there.

Niels has been playing Magic: the Gathering since 2012 and is a writer for Draftsim. He can often be found trying out new ideas for limited and standard on MTG Arena, or tinkering around with one of his many EDH decks. Most of his EDH decks are influenced by the Legacy and Vintage formats, of which he is also a huge fan. Follow Niels on Twitter @sneackerattack.

The Best Commanders in EDH Ranked 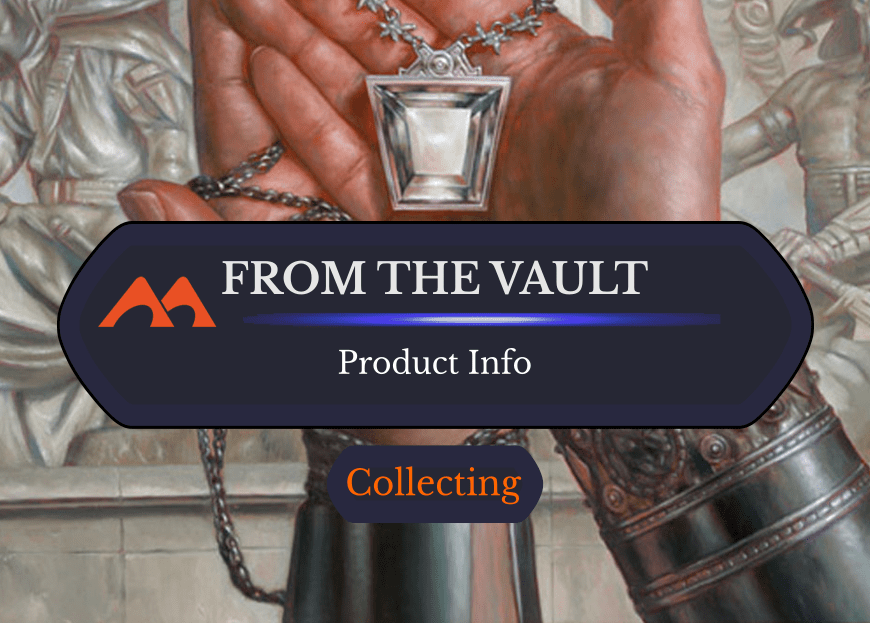 What Was From the Vault? Is it Worth Buying?