Although the entire world has slowed down due to COVID-19, it seems like WotC has no plans to rest this year. The hype for Core Set 2021 is still fresh, and now it’s time for MTG Double Masters. If you’re not familiar with the concept, the Masters series is a line of reprint sets each focusing on a certain theme. 2020’s Double Masters is ramping up the expectations with double the rare slots, double the box toppers, and double the first-picks in draft.

Without further ado, let’s jump in and see what this new set will bring!

What separates Double Masters from previous Masters sets is that every Double Masters pack will have a lot more than regular packs usually do. Each booster will include two rares and two foils, and these two foils can be of any rarity, which means you can potentially get a total of four rares from a single pack! There will also be two non-foil showcase box topper cards included in each booster box, pulled from a pool of 40 fan-favorite cards with full-art treatments. Booster boxes, on their end, will include 24 packs.

For Double Masters, Collector Boosters will be replaced by the “VIP Edition,” which we’ll discuss in a little bit.

Since there will be additional rare and foil cards in each pack, there are fewer cards in the common slot. This means that limited formats will see more high-rarity cards, and tournaments will be even more thrilling!

There is one sad piece of news, though: the set doesn’t include reprints of fetch lands. We’ll get them somewhere in 2020—Secret Lairs don’t count—but we still need to wait for upcoming releases. Maybe Zendikar or a Commander product? Fingers crossed!

Feel bad about passing all those fancy rares and mythics that you’re opening? Never fear, this draft format has a huge twist! Each first pick that you make from a new pack during a Double Masters draft is actually two picks.

So, feel free to grab both mythics out of the pack. Or to actually improve your deck. You know, whatever you want to do. Yes, this means we’re going to have to completely change how our draft simulator works, but that’s cool!

Double Masters spoiler season has concluded, giving us a full view of what to expect with this reprint set. Take a look:

Taking a look at the cards along with the “double” theme, Double Masters is definitely focused on multiplying, including the copying of spells and permanents. There are plenty of new tokens, and a variety of ways to bulk up what you’ve got on the board or the stack. There’s also quite a few artifacts and artifact-focused synergies going on so far, usually going hand-in-hand with those multiplying mechanics I just mentioned.

Here’s a simple rundown of the limited archetypes for the 2-color combos:

What is the “VIP Edition”?

Double Masters VIP Edition is WotC’s solution to Collector Boosters, but for a reprint set. This apparently means more cards, but at a higher price point.

Each VIP Edition pack will include 35 cards:

The showcase/borderless cards have brand new art for some of the most popular cards across older formats like Commander, Legacy, Modern, and Pioneer.

And just to emphasize, all the lands you get are full art beauties. Including possibly the most iconic basic land art ever:

So yes, the product is very expensive. But if you’re a collector, you get a lot of premium stuff.

As per usual, draft booster boxes will be available on Amazon right here. 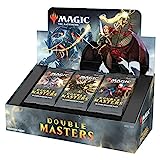 If you want to treat yourself to just one pack, you can also do that 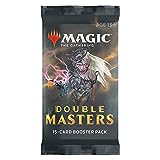 However, there is a rare discount on Amazon if you buy three packs instead of one:

And if your budget is somewhere in between, you can snag a VIP edition collector pack: 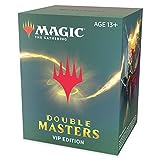 You can also get the VIP Edition or draft booster boxes from eBay.

Prices seem to be a little lower than others for now, so you can check TCGPlayer to preorder Double Masters:

Since packs will have more value, almost every player will want to get their hands on a Double Masters pack and this might even lead to more players taking part in tournaments. It will also be released on Magic Online, so digital-only players will be able to enjoy it as well.

So, what do you think about Double Masters? What themes and mechanics are you most excited about? Let us know in the comments below! 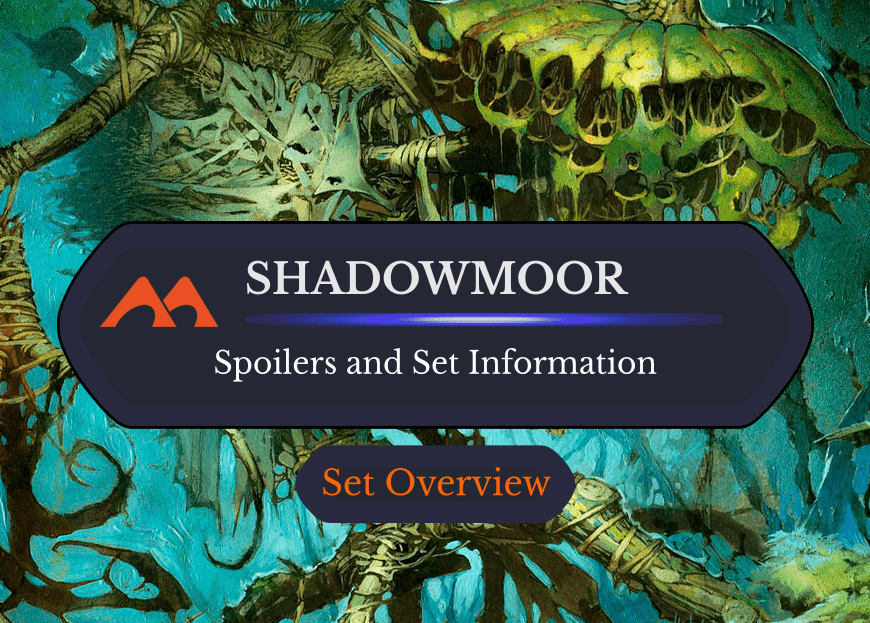