Secret Lairs! These products unfortunately don’t include any cool superheroes or iconic crystal fortresses or caves filled with bats (yet). These are Wizard’s direct answer for single card reprints and wild alternate art cards.

But how can you buy Secret Lairs, and what exactly comes inside one? Let’s talk about that.

Getting Your Hands On Secret Lairs

There are a few different ways to buy a Secret Lair, so let’s talk about them.

Secret Lair drops are the “standard” way to pick one up. Wizards opens up a purchase window on their Secret Lair site that usually lasts for quite a while when a Lair drops, generally about a month. You can buy up to 32 of a single Secret Lair if you want that many.

You’ll be notified when Wizards announces a new Secret Lair and when you can buy them if you sign up for their mailing list. This is the best way to buy these products since the price easily goes up when you’re looking at third party resellers.

But there’s a catch.

Shipping has been constantly delayed thanks to the ongoing pandemic; expect to completely forget about your Secret Lair between buying it and actually getting it. It used to take about three months from when a Secret Lair drop window closed to when you actually received your cards, but several delays have pushed that number way up over the last year.

What If You Miss a Drop?

Secondhand retail is the only other way to buy a Secret Lair, but there’s a catch this time too. Because every Secret Lair is printed to order there’s only a limited number of them out there. Regardless of whether you buy it from your local game store, TCGPlayer, CardKingdom, or wherever else you find the drop, the price will almost definitely be higher than what you would’ve paid through Wizard’s storefront.

The benefit of buying retail is that you don’t need to worry about the long shipping time because it’ll already be in the hands of that retailer when you buy the drop. The downside is the price is easily more than the MSRP of the product when it first dropped.

How Do You Buy Secret Lairs on Release?

Well, first off you need to sign up for Wizards’ mailing list on the drop site. This is the best way to get notified when a new Secret Lair drop, well, drops. If there isn’t a Lair currently on sale the site will look a little different and these steps won’t help you much. You’ve been warned!

1. Open the Secret Lair drop website. If there’s a sale currently going on, you’ll be brought straight to the drop’s preorder page.

2. You can cycle through the tabs at the top to see all of the drops that are currently on sale, read more About Secret Lairs, and browse Past Sales.

3. Find a Secret Lair product that you want to buy and then click “Preorder Now.”

Note: Keep in mind that most Secret Lairs come in foil and non-foil versions, so make sure you click on the right one!

4. A pop-up will appear letting you know that the Secret Lair was successfully added to your cart. If you want to continue adding drops, click “Continue.” If you’re done, go ahead and click “Checkout.”

5. Once you head over to your cart, you’ll be prompted to either make an account if you don’t have one already or just “Continue as Guest.” Either way, the checkout process is the same as any other online shopping experience, so I’m pretty confident you can figure it out on your own from here.

How Many Secret Lairs Can You Buy?

Quantity limits vary by drop, though usually customers can buy up to 32 of each drop.

Whether or not anyone is mad enough to buy 32 copies of a single Secret Lair drop is beyond my smooth brain’s comprehension, but you can do it if you want to.

How Long Do Secret Lairs Last?

Generally speaking, most of the recent Secret Lair drops have been available for anywhere from two to four weeks, which is plenty of time to pick up what you want. Wizards has given us a great way to track production and shipment for each Secret Lair drop paired with sale windows and release dates.

It doesn’t seem too difficult to find any of the Secret Lairs out there when it comes to retail stores, even the older ones like <explosion sounds> and the Theros Stargazing collections. Secret Lairs really aren’t hard to find on the secondary market. If you’re willing to pay the premium, that is.

It’s really tough to match the vast library of sellers on TCGPlayer, and it’s no different with Secret Lairs. Just look at what they have available! I don’t see a single Secret Lair that isn’t in stock excluding presale products.

If there’s a Secret Lair you want, you’ll find it here. As I scoured the internet to find other places to buy Secret Lairs, not a single other place came close to TCGPlayer’s availability.

Everyone’s favorite digital flea market also happens to have a strong stock of various Secret Lair products at a variety of price points, mostly in line with TCGPlayer’s prices. While eBay might have its own issues, Secret Lairs are so hard to come by that it’s hard to not recommend it.

Taking a page out of TCGPlayer’s book and allowing other stores to sell products through their digital storefront, ChannelFireball is the only other online retailer I could find that reliably stocked sealed Secret Lair products.

But prices are, uh… wild. I’ll be honest because this seems to be so new for ChannelFireball, there isn’t a lot of retailers on their website to incentivize competitive prices. There’s currently only one retailer that’s selling Secret Lair products on CFB and they aren’t really on par with TCGPlayer.

While not every LGS will be able to support buying Secret Lairs en masse, you never know what they might pick up or keep in stock. Or even buy from other players! You may be able to convince them to order future Secret Lairs so that you can buy them from the store and benefit both parties, especially if you have a good relationship with them.

Will Secret Lairs Be Reprinted?

Wizards has said in the past that all Secret Lairs are “timeboxed to demand,” a.k.a. they only print them after they’ve been sold. This means that there’s only a set amount of any given Secret Lair out there in the world. While Wizards has given us no sign that these are only going to be printed one time and one time only, I wouldn’t put it past them to fire up the printers for a huge bundle of older Secret Lairs a few years down the line.

Do Secret Lairs Come With an Extra Card?

Yes! Each Secret Lair comes with one bonus card, generally related to the drop.

Stained-glass planeswalkers from War of the Spark were super common with the majority of drops. I think some newer Secret Lairs even accidentally shipped with some of these. Fun fact, my roommate got a bunch of copies of Tibalt, Rakish Instigator in his complete Theros Stargazing set.

Jumpstart basics appear as well. These are the only way to get foil copies of those basics, especially that beautiful Phyrexian Swamp.

Blueprint cards of artifacts and lands have a appear in a 1:8 chance to appear, and there are currently only five of them.

There are also some exclusive cards for specific Secret Lairs, like the Dungeons & Dragons cartoon version of Crash Through or the word-vomit full-text Terramorphic Expanse.

Because Secret Lairs are (almost) exclusively reprints, they’re all legal in any format where the card in question was already legal. If a card was already banned in a format, the Secret Lair’s printing doesn’t change that.

The only exception to this rule are any drops that are part of the Universes Beyond line, including The Walking Dead and Stranger Things drops which both featured brand new cards. All of the cards in the Secret Lair x The Walking Dead drop are legal in Legacy, Vintage, and Commander since they’re treated like any other card printed in a supplemental set. We don’t have any confirmation for future Universes Beyond Secret Lair legality other than their illegality in Standard and the apparent focus on Historic and Modern.

So far it seems like most Secret Lairs are still holding their value. Most of the drops I can find for sale are selling for a little above Wizard’s MSRP and it doesn’t look like they’re dropping. While not every single card in a Secret Lair may be worth it, the vast majority of singles trend pretty high compared to their Standard counterparts and they’ve been holding up well.

Are Secret Lairs Worth It?

Well, yes and no.

Secret Lairs are a unique idea that allows Wizards to inject fresh reprints with beautiful art into the ecosystem, which is crucial for players who want to get into older formats as well as collectors, but at a premium price point. It’s a genius design tainted by greed.

By giving customers FOMO (fear of missing out), poor shipping times, and nightmares like mechanically exclusive cards (à la The Walking Dead), Wizards has put a pretty sour taste in a lot of players’ mouths. Why should you pay $30 for three cards? Why is there so much packaging? Why are foils still constantly warping?

I’d love to see Secret Lair cards cycled into things like The List to incentivize more packs being sold instead of premium products that make you feel bad for missing out on something, or getting foil products that end up becoming too warped to use. Or increase the number of cards in the drops so that players feel more incentivized to buy them.

Sure, full-text planeswalkers with old rules texts are hilarious, but why would you pay $30 for three of them? You could pay the same price and get five cards with beautiful Japanese brushwork. Not to mention that most of those cards don’t even see any play, so why would you bother in the first place?

That’s about all I’ve got for you on Secret Lairs and where to buy them. What do you think of the whole thing? Are they worth it? What could Wizards do to improve the product? Let me know your thoughts in the comments down below or join our Discord for a longer conversation.

Stay safe, stay healthy, and I’ll see you all in the next one! 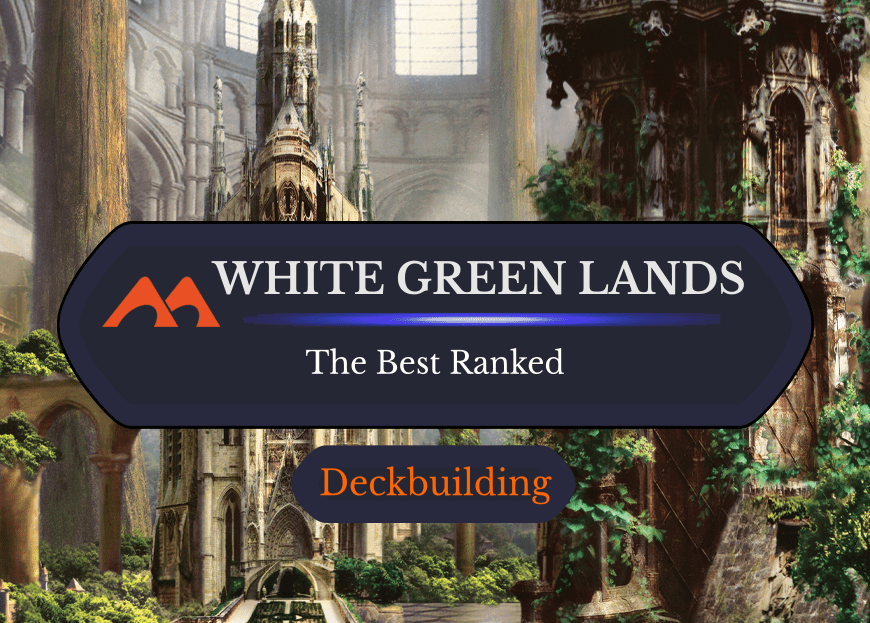 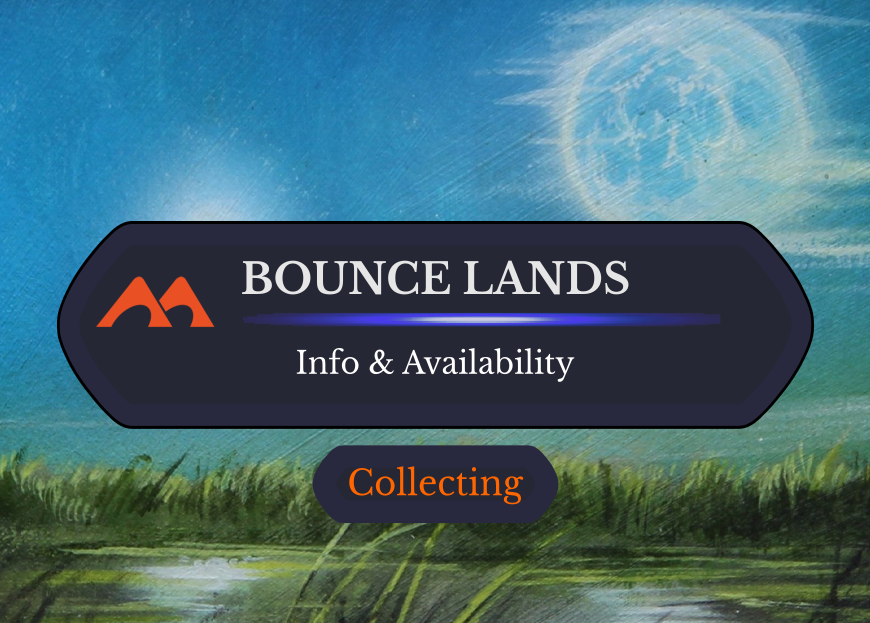 MTG Bounce Lands: What Are They and Where Can You Find Them?