HomeCommander25 Fun Commander Decks to Try Out Next

25 Fun Commander Decks to Try Out Next

I’ve been playing Commander for a long time now. I started playing back in 2009 when it was still known as Elder Dragon Highlander and was mostly played by Judges between rounds at events. Since then I’ve played a lot of decks and seen a lot of neat ideas come and go.

I want to talk to you today about some of the fun decks I’ve seen and played, and why I think you’d have a fun time playing them. So let’s just get into it!

What Makes a Commander Deck “Fun”?

Before I actually get to the decks, let’s define “fun.”

Fun is interpreted in different ways by different players. I find it fun to crunch my brain and find the fastest way to assemble my deck’s combo. My roommate wants to pull off crazy combinations that don’t make any sense but are powerful once they resolve. He once managed to put Elesh Norn, Grand Cenobite into play and then copy it with Sakashima the Impostor and I still haven’t forgiven him for it.

If you’ve heard of the player types profile that Wizards has used over the last decade or so, these decks are mainly for Timmy/Tammy and Johnny/Jenny players. Yes, some of these decks will be fun and a little powerful, but we won’t be anywhere near Spike levels of power or thought process.

With that out of the way, let’s get to the decks!

First up is a cute little spellslinger deck with Ramos, Dragon Engine at the helm. ’Ramos is able to churn out pretty often since you’re playing a huge number of gold spells. All of the charms and commands are also flexible cards, so you always have options.

Muldrotha, the Gravetide‘s unique ability essentially lets your graveyard become a second hand. This means you can repeat powerful ETB abilities and make counterspells feel bad when they’re played on your spells. The downside is that graveyard disruption is pretty common in Commander, so there’s a good chance you can get blown out.

I’ve been enjoying my Prosper, Tome-Bound deck since Forgotten Realms was released, and boy is it fun. You’d be surprised how quickly you can amass Treasures in this deck! And adding in some cheeky wincons like Reckless Fireweaver, Nadier’s Nightblade, and Revel in Riches can really push games in your favor.

Alesha, Who Smiles at Death

I’ve always found Alesha, Who Smiles at Death to be such a unique commander. It’s a cool reanimation strategy that only works with smaller creatures, but that isn’t a bad thing. Many of these small creatures have great ETBs that make it into a sort of reanimator toolbox strategy. Very different than just reanimating fatties.

You don’t have to play this exact list, but the premise is the same: cast Ashling the Pilgrim, blow it up, repeat. It’s cheap, funny, and will make you giggle for ages.

Return of the Wildspeaker

Grand Warlord Radha‘s older form works great as a mana-generating aggressive deck, which suits well to extra combat steps. This means you can easily trigger infinite combat steps with enough creatures and Aggravated Assault. Or you can just take insane combat value. If not Gruul, then die!

One of the coolest Boros () legendaries we’ve gotten in a while, Alibou, Ancient Witness lets you stay aggressive in a different light. Its laser beams equal the number of tapped artifacts, which means mana rocks and artifact creatures both count. Adding in its innate haste for vehicles and you’ve got a nasty brew going.

Esika, God of the Tree | Illustration by Johannes Voss

Esika, God of the Tree

In a similar vein to Alesha, Esika, God of the Tree gives you a unique toolbox centered around powerful legendary creatures, though it’s a little more random. You’ll find a lot of fun here if you’re a fan of huge, impactful creatures. Not to mention that this list is so flexible thanks to the sheer number of legendary creatures out there.

Hapatra, Vizier of Poisons gives you a theme that you almost never see supported: -1/-1 counters. So many cards that you don’t normally get to see are centered around them, and some discard strategies. This deck goes hard if you play in a creature-heavy meta.

Experience counters were a pretty terrible mechanic, and Mizzix of the Izmagnus was the worst offender. But it’s still super fun. Getting to blast huge X-spells for free and slinging powerful spells just feels like true Magic to me. It’s also a flexible deck with several ways to win.

Shu Yun, the Silent Tempest offers a unique angle on combat-centric decks, picking non-creature spells over equipment. And since you’re running a ton of cantrips, you can cast a bunch of cards at once and build up for a one-shot with enough mana.

There’s also some neat interaction with prowess cards! And I like the interaction between Shu Yun and Willbreaker, because you just get to steal creatures for free.

Clerics are a pretty underrated tribe for Commander, but they got a ton of great tools with our recent trip to Zendikar. Ayli, Eternal Pilgrim helms the church as you delve into a sort of lifegain/aristocrats strategy in a new and refreshing way. There are also a ton of new clerics in Crimson Vow and Midnight Hunt to add to the deck.

Arcades, the Strategist | Illustration by Even Amundsen

One of only two commanders that allows the innate ability to use toughness in combat, Arcades, the Strategist offers a super unique combat-focused deck. It’s also in great colors to support the theme and has some really interesting creatures and interactions. I like it more than Doran, the Siege Tower because it has better synergy and doesn’t need to rely on treefolk.

Another spellslinger deck, but in a slightly different flavor. Because Kykar, Wind’s Fury makes tokens, you can opt to play a token strategy to stay aggressive and have blockers. But more importantly, your tokens can be converted into mana. Casting spell doublers with the red mana from your tokens lets you have explosive turns and big plays out of nowhere.

The sharky boys are super dynamic and can fit into a lot of different themes. I think cycling fits them well because of each partner‘s unique ability offers different ways to win.

Brallin, Skyshark Rider lets you deal incremental damage while Shabraz, the Skyshark gives you lifegain and can fly over blockers for commander damage. You can also get cheeky and add Curiosity effects and go for a combo-kill with Brallin.

Why draw one card a turn when you can draw ten? This deck excels at drawing a ton of cards. In turn it generates a ton of colorless mana to draw more cards. You can pair this with mill enchantments or just deck opponents with Blue Sun’s Zenith.

I really like this hybrid style between wizard tribal and spellslinger decks. Kaza, Roil Chaser gives you a discount on your spells and promotes a healthy board state. Paired with some of the more aggressive wizards out there, you can make a pretty mean deck that fights on two fronts.

While you’d think that this would make a great heroic deck, it doesn’t work super well in my experience. But Boros is great for making tokens! And you can easily overwhelm a table with a huge army of tokens plus some heroic triggers and other anthem effects. The provided trample from your commander is also a key part to passing damage through.

Grandeur totally works in commander. Okay, hear me out.

You need Dual Nature and Paleoloth paired with a haste enabler and a way to return Baru, Fist of Krosa to your hand with Temur Sabertooth. You play Baru and return it to your hand with the trigger from Nature on the stack. Then the token enters the battlefield. You activate grandeur and make a Wurm token, triggering Paleoloth to put Baru back in your hand.

Rinse and repeat until you’re out of mana, and then swing.

Liliana, Waker of the Dead
Ob Nixilis, the Hate-Twisted

Reanimator is fun, and I enjoy Chainer, Nightmare Adept‘s Rakdos () variant as my reanimator of choice. Rakdos gives you a ton of great options for targets and rummage effects, as well as utility. Plus your commander isn’t just a discard outlet but also a haste enabler for your reanimation targets, meaning you’re always a threat when you untap.

I toyed around with Hallar, the Firefletcher with the release of Dominaria and was blown away by how good it was. You really don’t expect it to be a lot, but the damage can add up fast. I was regularly hitting 10 or so damage per kicked spell and often took out entire tables with a few turns. Add in damage doublers and you’re in for a really fun time!

This deck capitalizes on Vadrok, Apex of Thunder‘s mutate ability paired with creatures that return to your hand at the end of the turn. Using cheap dash creatures and Vadrok’s cheap mutate cost lets you cast spells from your graveyard for free. And the cards you cast don’t get exiled so you can repeat some powerful effects every turn.

Druid tribal isn’t a tribe you expect to see at a table, but it’s surprisingly fast. You can play more mana dorks to reliably get Seton, Krosan Protector on turn 2 and then all your creatures become Llanowar Elves. Seton’s ability doesn’t require them to have haste either, so you can easily dump out your hand by turn 4.

It’s explosive, but fragile to board wipes.

I’m actually not allowed to build this deck. My friends have forbidden it.

It can get so out of hand so fast and it doesn’t matter what your opponents do. Norin the Wary is practically unkillable and the rest of the deck functions as a bizarre chaos-blink deck that quickly overwhelms opponents.

Why take the traditional zombie tribal deck when you can have a little fun with it? Adding green gives you some powerful flexibility options, and Sidisi, Brood Tyrant makes more zombies for free.

Adding in a self-mill subtheme also turns your graveyard into a second hand. It’s also just a unique spin on the usual zombie deck.

Putting the Decks Away

Commander gives players a way to express themselves through deckbuilding that other formats don’t really come close to. It’s one of the reasons why I love the format, and I hope you do too. If you truly want to experience some of the creativity within Commander, you should definitely try out some of these decks. My favorites include Alibou, Ancient Witness, Hallar, the Firefletcher, and Prosper, Tome-bound.

Do you have a pet deck you want to share? Let me know in the comments or tell us over on Discord. I’ve gotta gear up for tomorrow’s Commander night at my LGS.

Sleeve your babies, and sleeve your cards. I’m out! 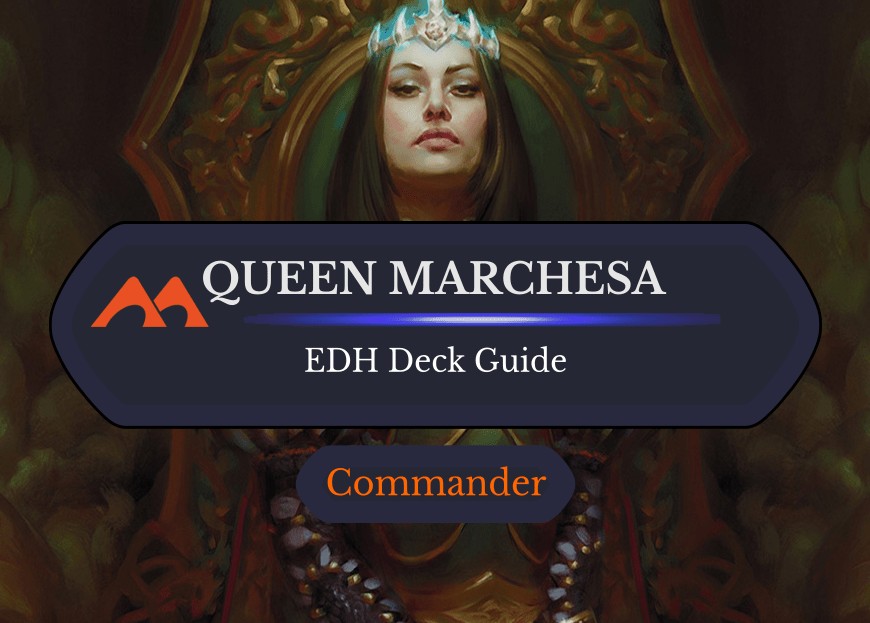 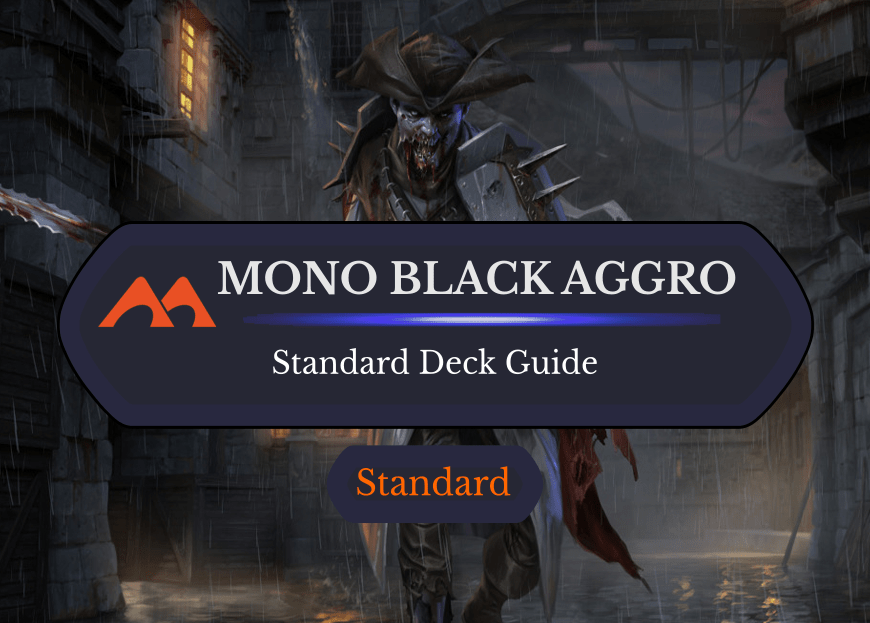