Life is an important resource in Magic. We’ve seen how using your life total as a resource can break the game countless times over the years, from Necropotence to Gitaxian Probe. Time and time again, the use of life totals broken MTG. But what if you could replenish that resource? What if you could get back your diminished life?

Lifegain is an underappreciated stratagem and the history of lifegain is a very interesting topic, especially the integration and evolution of “lifelink.” A mechanic that once, well, wasn’t, lifelink has faltered in the eyes of the general Magic player base. Lifegain becomes less and less important outside of aggro matchups.

So join me as I explore everyone’s least favorite, favorite mechanic, lifelink.

It’s pretty self-explanatory: Damage dealt by this creature also causes you to gain that much life.

But let’s dig into the official entry for lifelink in the Comprehensive Rules:

702.15b Damage dealt by a source with lifelink causes that source’s controller, or its owner if it has no controller, to gain that much life (in addition to any other results that damage causes). See rule 120.3.

702.15c If an object changes zones before an effect causes it to deal damage, its last known information is used to determine whether it had lifelink.

702.15d The lifelink rules function no matter what zone an object with lifelink deals damage from.

702.15e If multiple sources with lifelink deal damage at the same time, they cause separate life gain events (see rules 119.9–10).

702.15f Multiple instances of lifelink on the same object are redundant.

The History of Lifelink

Lifelink has a rich and interesting history in the game. Even though the ability was only introduced as a keyword in 2007’s Future Sight, the ability can be traced all the way back to the game’s genesis with cards like El-Hajjâj from 1994’s Arabian Nights and Spirit Link, released in 1994’s Legends. The specifics of Spirit Link is a different story for a bit later on.

In fact, before lifelink was even developed as a keyword, it appeared in canon Magic sets twenty-one times, in various forms:

However, in 2007’s Time Spiral, a set that prophesied MTG’s future to a relevance that can even be seen in the current age, lifelink was introduced as a mechanic on two white cards: Daybreak Coronet and Mistmeadow Skulk. Since then, the keyword has been printed on 346 unique cards spanning a ton of sets. In fact, every single Core Set, expansion set, and supplemental set since Future Sight has contained at least one card with lifelink.

Yes, lifelink has been an evergreen keyword since Future Sight. The keyword hasn’t really ever been broken, it’s just been a harmless mechanic like flying or haste. But there are a lot of interesting places the mechanic has gone, including lifelink on noncreature spells, and the design space is a really interesting topic to explore. But that’s another discussion for another time.

Does Lifelink Work When Blocking?

Yes, lifelink is any damage dealt by the creature, including attacking, blocking, fight effects, direct damage to a permanent, and any other way that a creature can deal damage to anything.

No, lifelink doesn’t stack. The mechanic gives the creature the trait of “lifelink,” which only occurs as one instance since it only checks whether it has the mechanic, not whether it has multiple instances of it.

However, multiple Spirit Links can stack because they’re separate abilities, and Spirit Link can stack on top of lifelink.

What If a Lifelink Creature has Double Strike?

A lifelink creature with double strike deals damage twice during combat. As long as damage is dealt, each instance of damage will make its controller gain that much life.

If a 2/2 lifelinker with double strike is attacking and deals damage twice, you gain four life. This interaction is seen a lot when using a Sword like Sword of Fire and Ice or with a creature like Mirran Crusader, a situation not uncommon when playing Modern or Legacy Death and Taxes.

What Resolves First, Lifelink or Damage?

Technically, they don’t even resolve. They both happen at the same time. In the same way that damage causes loss of life, Lifelink causes the gaining of life due to damage, due to the ability happening when damage is dealt.

Is Lifelink a Triggered Ability?

No, lifelink is a static ability. It doesn’t use the stack and doesn’t trigger, rather giving the creature the ability to gain life whenever it deals damage.

What if You Take Lethal Damage but Have a Lifelink Creature?

Lifegain thanks to lifelink happens at the same time that combat damage is dealt. If you take lethal damage but have a lifelink creature, as long as the amount of lifegain you’d get from your lifelinker is enough to keep you above zero once all the math is done, you’ll still be alive when all is said and done since it all happens simultaneously. You’ll never actually go below zero.

Does Lifelink Gain Life for Damaging a Planeswalker? What About Fighting?

Damage is still dealt when attacking a planeswalker, it’s just turned into the removal of loyalty counters. Lifelink still applies and you’ll gains life equal to the amount of damage dealt for damaging a planeswalker. The same goes for targeted fighting, like with Arni Slays the Troll.

How Does Lifelink Interact with Protection?

What About When a Blocker is Sacrificed?

When a blocker is sacrificed before damage, damage is assigned but not dealt, so lifelink won’t apply unless the creature has trample.

Do You Still Gain Life if Your Lifelink Creature Has Died in Combat?

Yes. Damage is still dealt even if the lifelink creature dies in combat.

What Does it Mean When a Spell Has Lifelink?

If a spell has lifelink, which can be granted with Firesong and Sunspeaker, Radiant Scrollwielder, or Soulfire Grand Master, then you gain life equal to damage dealt by the associated spell. There are also five spells that basically have lifelink thanks to their rules text, though they don’t actually have lifelink so you could double the life gained with the previously mentioned creatures. These “pseudo-lifelink” spells are Syphon Soul, Corrupt, Brightflame, Rite of Consumption, and Enter the God-Eternals.

Here comes the interesting part of lifelink’s possible developments and future within the game. As I mentioned, lifelink can be placed on spells, which makes the future of the mechanic incredibly intriguing.

The use of lifelink on spells could give decks another way to combat red deck wins and burn decks, but this application is only really possible with burn spells and Sweltering Suns effects since there isn’t really a way for spells to deal damage other than that. We’ve already seen similar effects like Lightning Helix, so it’s not too unbelievable that spells could gain lifelink in the future. I just don’t really think it’ll change the game much.

Yes, if you attack with more than one creature that has lifelink, you’ll gain life equal to the amount of damage that all of the lifelink creatures dealt as separate instances of lifegain.

Does Loss of Life Trigger Lifelink?

Loss of life on its own won’t trigger lifelink or gain you any life. Unless a creature (or spell) that has lifelink deals damage, lifelink doesn’t trigger. Loss of life in general or damage by something that doesn’t have lifelink won’t cause your lifelink creatures or spells to give you spontaneous life.

How Much Life Do You Gain if You “Overkill” a Creature?

One of the most powerful cards in any white Commander deck, Serra Ascendant is a massive threat on turn one. It’s a 6/6 lifelinker for one, and as long as you can maintain that 30 life threshold—which any deck that cares about lifegain should—it’ll continue cracking skulls until it’s removed from the game.

A Tron favorite, Wurmcoil Engine is an insanely powerful card. At six mana, Wurmcoil is a huge body with both lifelink and deathtouch that (more importantly) splits into two bodies when it’s destroyed.

This card is really important to help Tron stabilize against aggressive matchups in Modern, and the fact that It takes multiple removal spells (usually not the main ones in the format) to destroy means that you’re always going to end up “card positive” when you play it.

Batterskull is a really good card when paired alongside Stoneforge Mystic. It’s a combination that’s been the cornerstone in the Modern format since Mystic’s unbanning in 2019.

The equipment is flexible and can be bounced back to your hand or played by Mystic without being cast, which gives Death and Taxes another way to be a pain for other decks.

Newcomer Solitude is an amazing card. It’s an evoke-spell Swords to Plowshares that can be deployed late game as a lifelink-ing blocker. It really is one of the best cards in Modern Horizons 2.

Lifelink gives decks another way to stabilize against aggro decks and it’s the icing on the cake that you’re having and eating, so to speak.

Banned in EDH and a cornerstone of multiple decks in Legacy and Modern, Griselbrand is probably the best lifelink card ever printed. The card allows you to draw an insane amount of power and can be cheated out in many ways.

The fact that this demon has lifelink allows for more card draw and being able to just stonewall aggressive decks.

Lifelink has a problem. Much like flying, haste, and deathtouch, it’s a mechanic that adds extra to already strong cards. Most of the cards in the top five are already incredibly strong without lifelink, it just makes them even better. This is a positive for you as a player, but a negative for the mechanic.

It also means that there isn’t really a “lifelink” strategy in Magic, as other forms of lifegain like Soul Sisters are much more efficient. The only premier lifelink deck that I can think of in any format is Heliod Combo, a deck that uses Heliod, Sun-Crowned and Walking Ballista to go infinite. But this is an anomaly. Lifelink is used more as a way to combo off and win the game.

Lifelink doesn’t really have a place in strategies outside of Commander. It’s usually used to add to other cards and strategies, but even in most of its uses, it’d be better to use single shot lifegain spells like Weather the Storm.

Commander is probably the best place for lifelink strategies, where the top commanders for it are Liesa, Shroud of Dusk and Trelasarra, Moon Dancer. Even those decks use other cards to gain life and lifelink is only dotted around in a few cards. Even though Liesa is an amazing commander for lifegain, the strategies in that deck are more centered around other cards and mechanics with lifelink being secondary.

So, that’s lifelink! Magic’s beloved, almost forgotten mechanic. Lifelink has existed for as long as I’ve played. I’ve never really been a fan of lifegain strategies, so reading into its history was intriguing! I want to thank my Judge friends that I enquired with, who helped me grasp some of the harder mechanical and designs concepts of lifelink, and also get the rules text down as concise as possible.

Did you enjoy reading about lifelink? Has this mechanic interested you? Are you sad that I couldn’t find a place for Serra Ascendant in the top five? Let us know in the comments down below or by tweeting at Draftsim.

But that’s been it from me, today. As usual, have a good one! 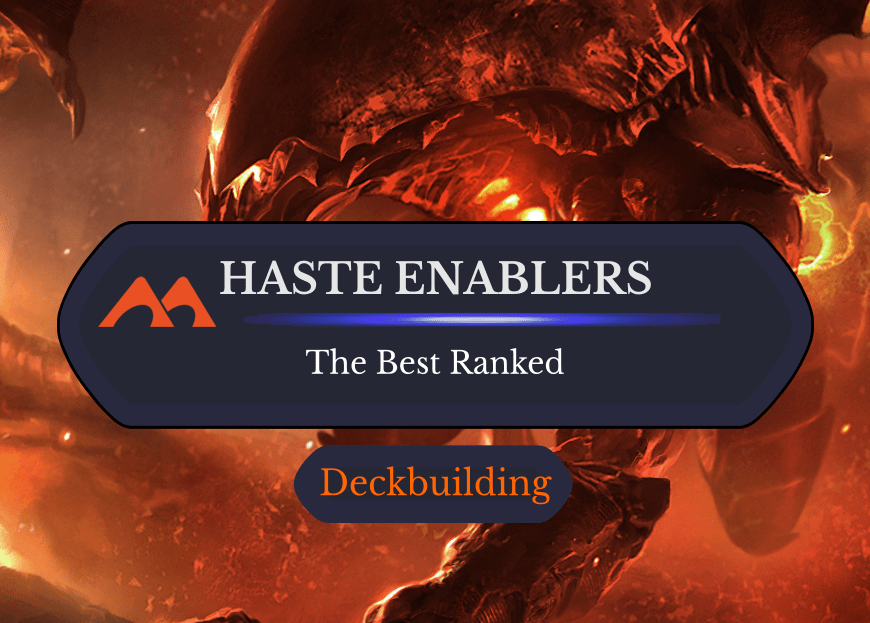 The 52 Best Haste Granting Cards and Enablers in Magic 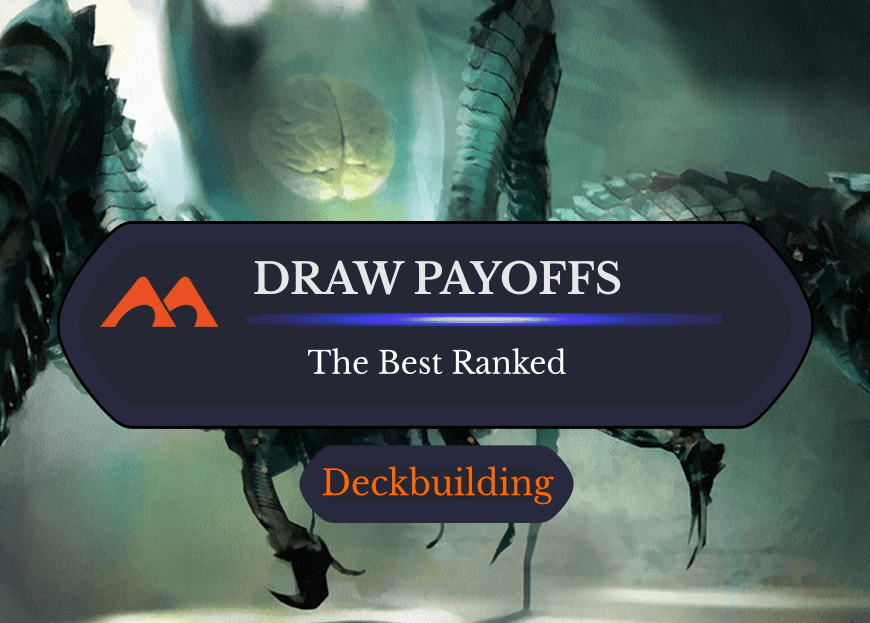