How Does Commander Damage Work in EDH?

One of Commander’s unique rules is the default starting life total. While most players are used to dropping their opponent’s life from 20 to zero, Commander games start you off at 40 life. Doubling your starting life total doesn’t seem too bad, but there’s another caveat: commander damage.

One of the inherent properties of a commander is that when it deals combat damage, it’s unique. Its damage is tracked, and it spells game over for an unlucky opponent if you hit a certain number.

But what is commander damage? How does it work? Let’s dive right in and find out!

Is Commander Damage Still a Thing?

It sure is! Commander damage is one of the cornerstones of the format for the community outside of the competitive scene. It’s been in place since the format’s beginning and I wouldn’t expect it to go anywhere anytime soon.

How Does Commander Damage Work?

I’ll cover some of the specific questions further on, so keep reading!

Does Life Loss (Like Xantcha or Yuriko) Count as Commander Damage? 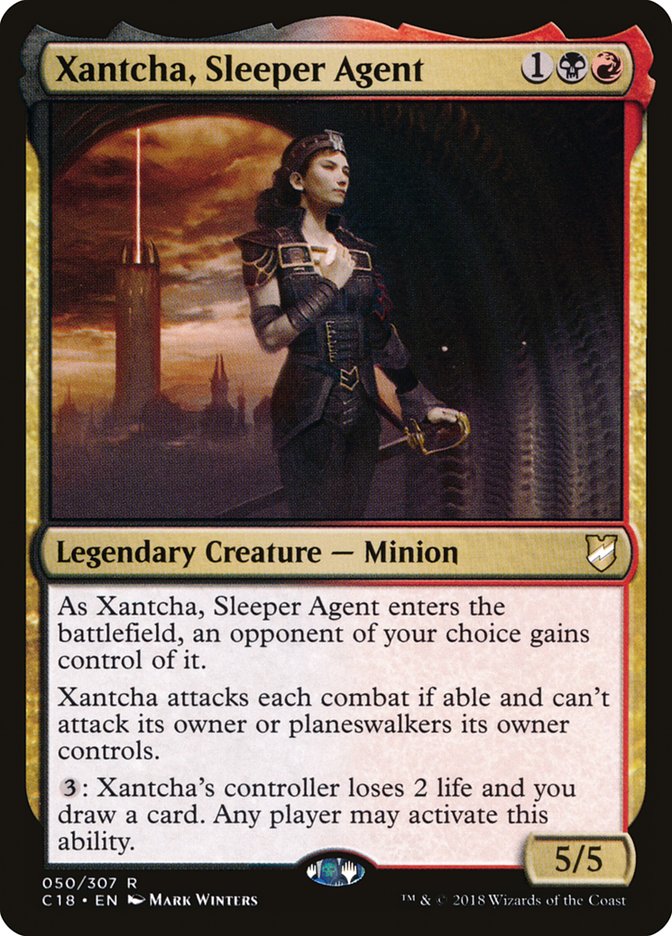 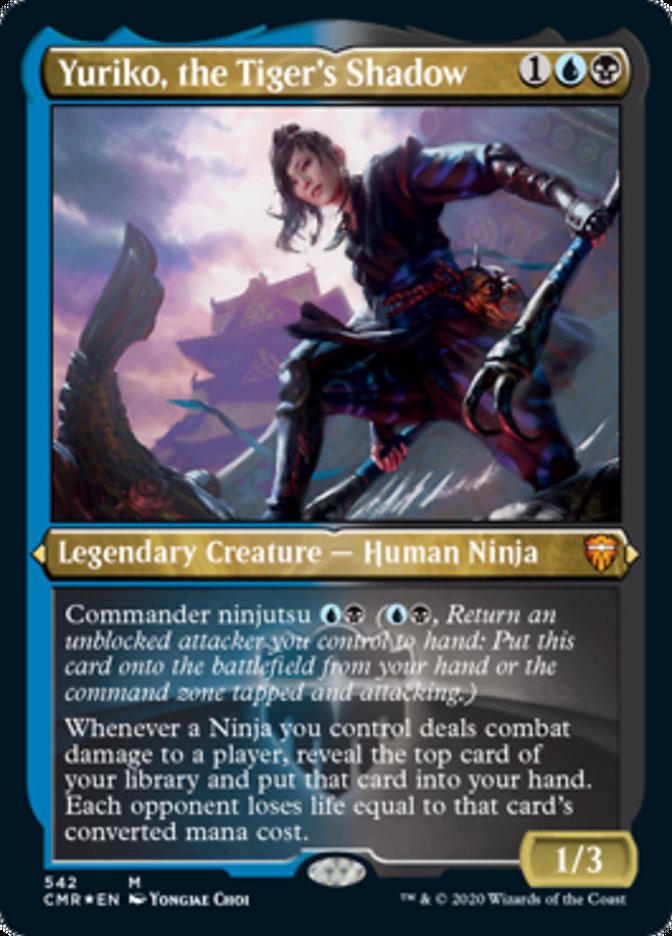 Nope. Xantcha, Sleeper Agent and Yuriko, the Tiger’s Shadow’s abilities don’t involve combat damage, so they don’t have anything to do with commander damage. While combat damage is still loss of life, regular damage and combat damage aren’t the same thing.

What About Abilities Like Vial Smasher or Niv-Mizzet, Parun? 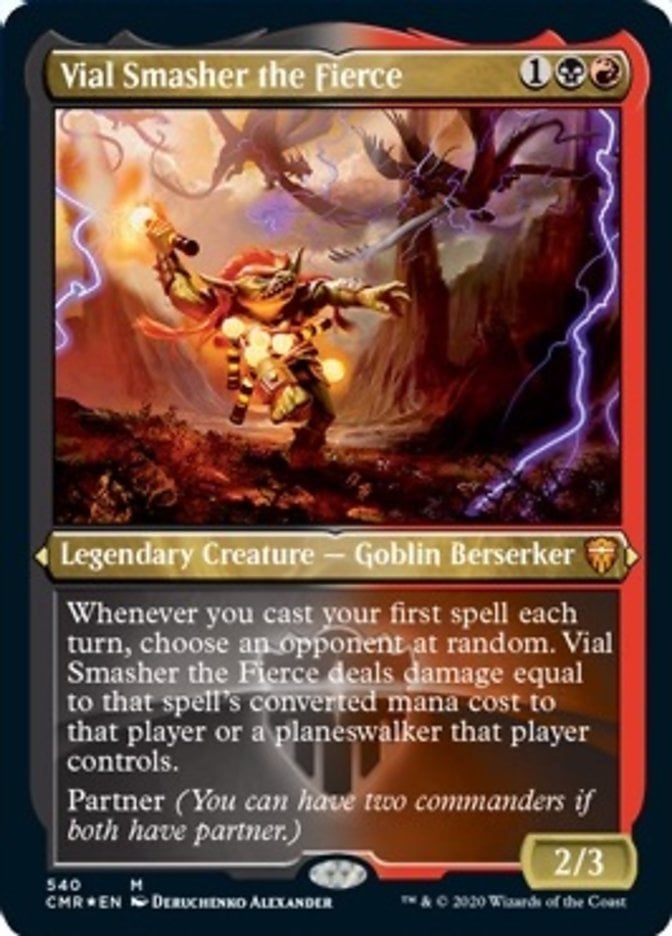 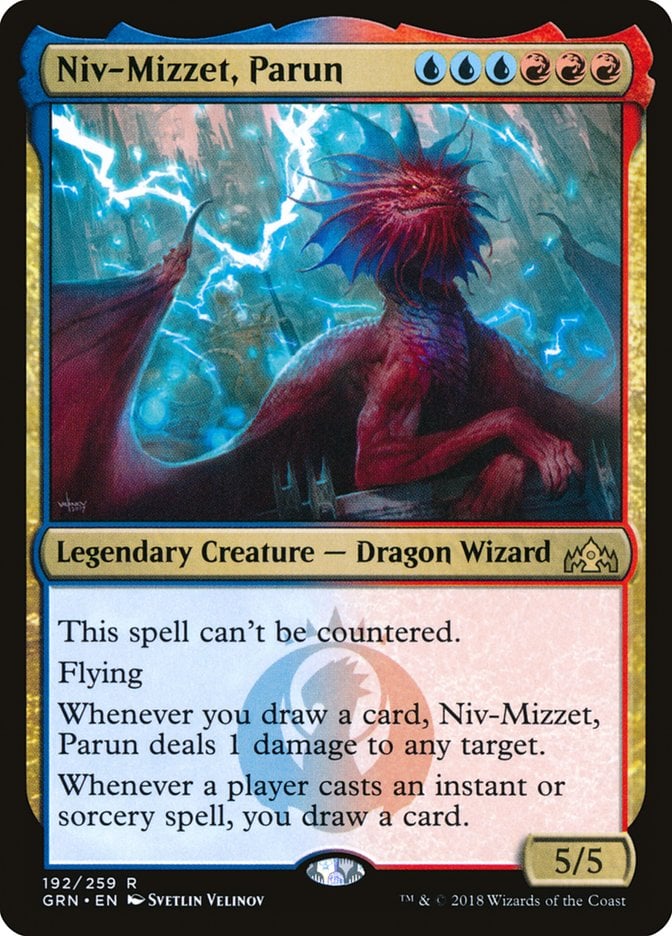 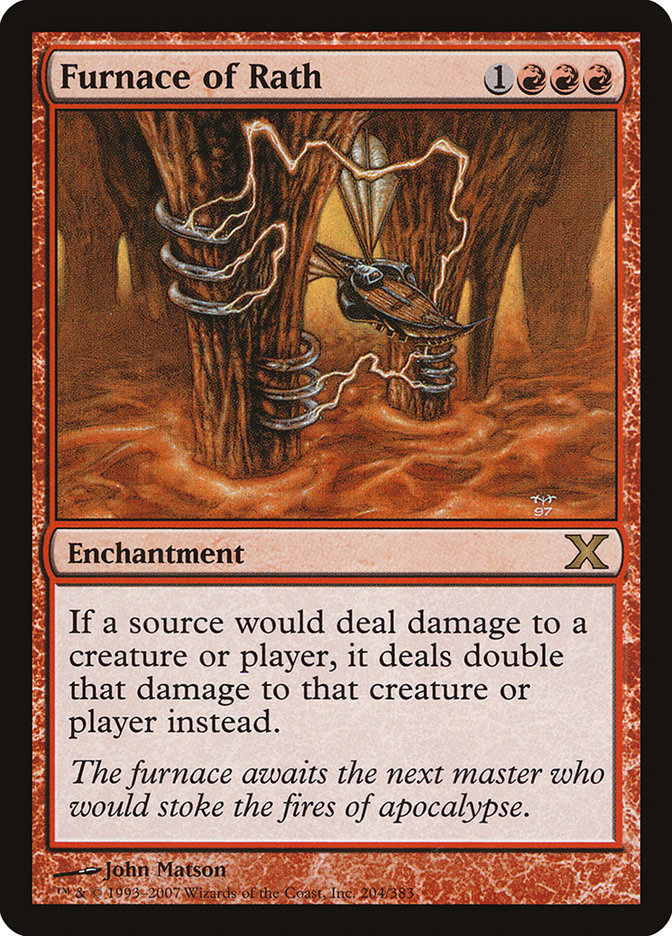 Cards that double the damage dealt do in fact double the commander damage dealt, meaning you can easily take out an opponent in one go if you’ve got a big enough commander on the field. This means that Furnace of Rath can quickly apply pressure to your opponent. 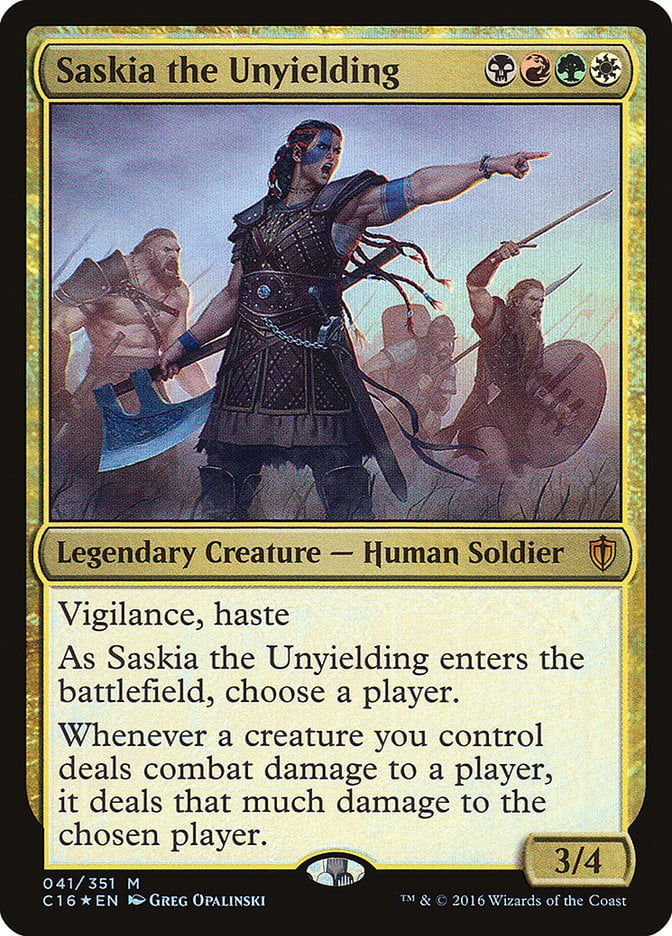 Our dear Viking warrior Saskia the Unyielding is a little different, though. Her second ability is unfortunately not considered combat damage and doesn’t double commander damage on a player.

How Much Commander Damage Is Lethal?

21 is the lucky number, just like blackjack. This was originally because commanders could only be elder dragons from the Legends set, which were all 7/7s. Basically, you probably lost the game already anyway if you managed to get smacked by an elder dragon like Palladia-Mors or Vaevictis Asmadi three times. And so it became a rule.

Why Does the Commander Damage Rule Exist?

Like I said, commander damage originated from the elder dragon Highlander rules where your commander could only be one of the elder dragons from Legends. As the format evolved and shifted, the rule became a mainstay feature to add an alternate win condition.

The rule works well because it means games always have some form of “clock” or endgame plan. If your opponent gained infinite life, that’s super cool, but they could still be a few combat steps away from getting slapped out of the game. It also incentivizes players to build combat-focused commander decks since reaching 21 damage is much more reasonable than 40 and guarantees a kill regardless of lifegain.

Is Commander Damage “Normal” Damage Too?

Depending on what you mean by “normal” damage, yes. Commander damage isn’t treated any differently than regular damage except that you need to keep track of each individual commander’s damage dealt to each player.

Partner commanders do not share damage. They each deal their own damage and are calculated differently just like their separate commander taxes.

This is an interesting interaction. Infect’s wording says:

702.90b Damage dealt to a player by a source with infect doesn’t cause that player to lose life. Rather, it causes that source’s controller to give the player that many poison counters. See rule 120.3.

To my smooth brain, I’d interpret this as the commander damage being replaced by poison counters. Mostly because my brain has about as many wrinkles as a grape, but it’s sound logic to me. But if you read rule 120.3 from the rules, what actually happens is that the damage is changed to poison counters. They don’t lose life as a result of combat, but the damage was still dealt.

Is There Commander Damage in 1v1? 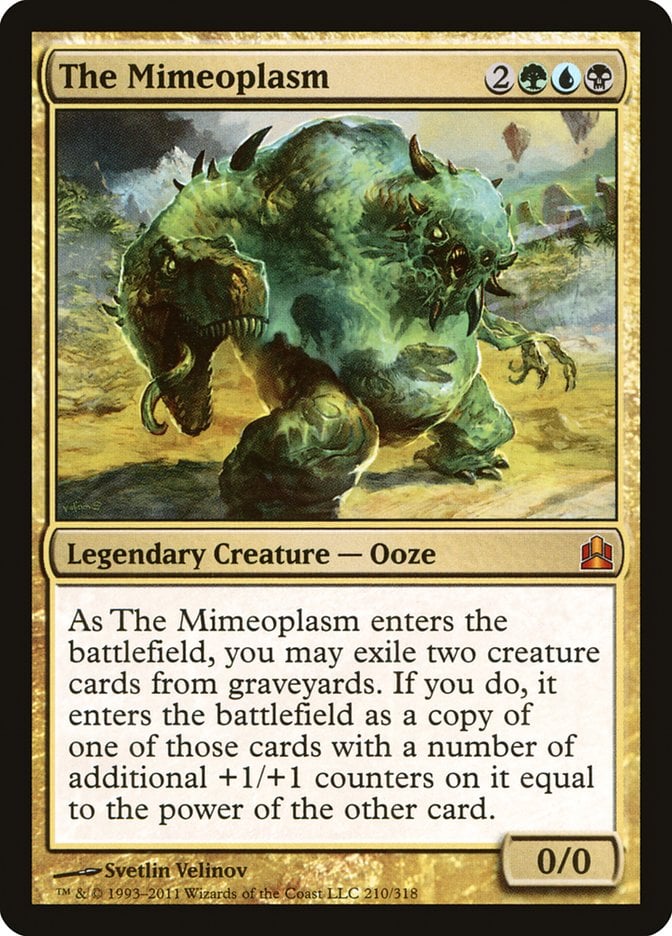 If your commander becomes a copy of something else with something like The Mimeoplasm, though, they still retain the properties of being your commander. This means that they’ll still deal combat damage to opponents that counts toward commander damage.

Can You Die to Your Own Commander Damage?

Yup! You sure can. The specific rule for commander damage doesn’t specify that an opponent’s commander had to deal the damage, just that a specific commander needs to deal damage. If you somehow take 21 or more damage from your own commander, you still lose the game.

Is There a Way to Heal Commander Damage? 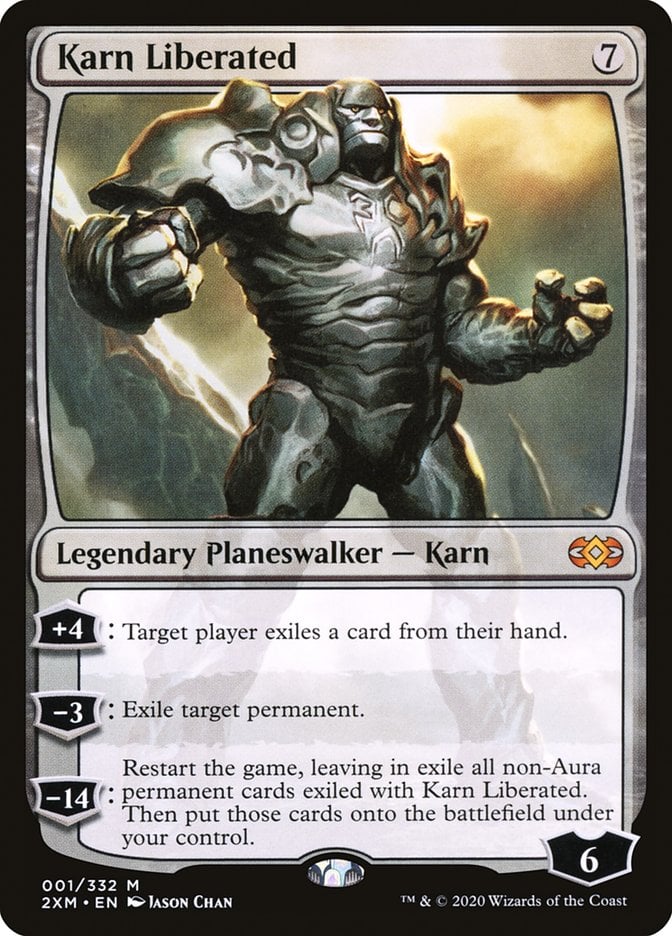 Can You Proliferate Commander Damage? Is it a Counter?

Commander damage isn’t a counter like poison, infect, or experience counters. It’s just a tracked number (sort of like Storm Count) and can’t be modified outside of combat damage.

What’s the Best Way to Track it in Paper?

There are a couple of different ways to track commander damage when you’re playing in paper. Here are a few of my favorite ways.

These are the easiest. You’ll probably already have a few d20s on hand or a bunch of d6s if you’re desperate. I personally use this the most frequently, but my playgroup rarely involves commander damage.

Using an app is the second easiest way to track commander damage. There are plenty of options out there on iOS and Android that you can use to track not only life totals but commander damage as well.

I mostly use Carbon, which you can grab for Android or iOS.

A pen and piece of paper is my number three choice, and this includes e-ink notepads like the Boogie Board or writing on your smartphone with a stylus. These aren’t as common, but some players prefer it.

Where Can You See Commander Damage on MTGO and MTGA?

On MTGO, if you’re in a Commander or Commander 1v1 game, you can click the shield icon under your avatar to see commander damage.

When it comes to Arena, there’s no way to view commander damage because Commander isn’t implemented in the platform (and probably never will be). Brawl is the “replacement” format in Arena and the commander damage rule doesn’t exist in the format.

I didn’t care much about the Commander Damage rule when I first started playing back in 2011. And even now, ten years later, I still kinda don’t.

It’s important to add another layer to the gameplay because of how hectic multiplayer games can be, especially with the card availability in the format. It also adds an additional way to eliminate a player when lifegain can get extremely out of hand in longer games.

But from a practical standpoint, the rule really only matters based on your local metagame. My friends and I almost never play commander combat-centric decks. We might have played one or two in the past, but most of us play with different strategies.

Commander damage might not be a constant part of the overall format, but it’s an important part of the format’s rules. It’s simple on paper and doesn’t get much more complicated than that. When a commander deals combat damage to a player, track it. When you hit 21 or more total damage throughout the game, the damaged player loses.

What are your thoughts on the commander damage rule? Do you think the rule should be changed, or gotten rid of entirely? Let me know in the comments, or reach out to us on our Discord or Twitter.

That’s all for me. I’ve got some Elite Dangerous to play now. Stay safe, have fun, and keep your combos ready! 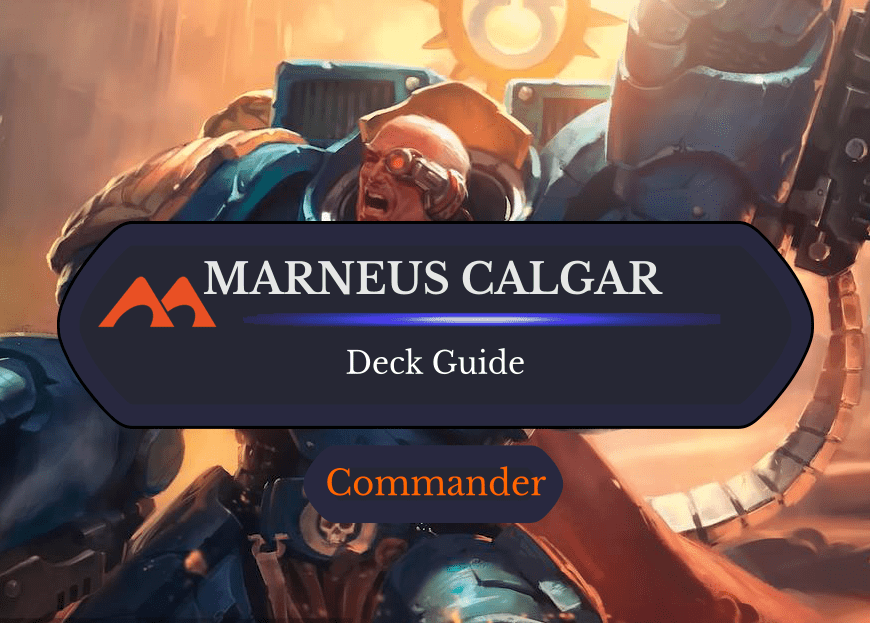 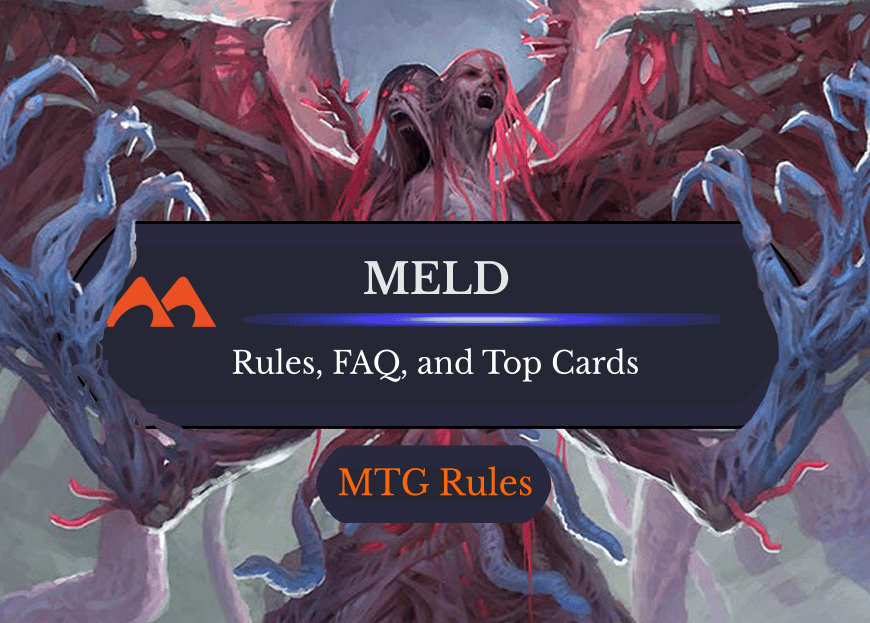