Magic has had its fair share of mechanics that come and go with sets, some popular and returning, others never to be seen again. Then there are, of course, the evergreen mechanics that we’ve come to know and love: trample, lifelink, flying, and many more.

But just because they’re always around doesn’t mean that their rulings or specific interactions are all that clear. Sometimes there can be some confusion as to just what is supposed to happen, especially in situations where these mechanics interact with one another. Haste is particularly guilty in this area and has some confusing aspects that aren’t intuitive to new players.

That’s why today I’m going to break the mechanic down and talk about everything from its history to how it works with other mechanics and card types. Ready? Let’s go!

How Does Haste Work?

Haste is an evergreen keyword that allows creatures to attack or use activated abilities that require them to tap even if they entered the battlefield that turn or are otherwise affected by summoning sickness.

The History of Haste in MTG

Haste was first introduced as a mechanic in Alpha, but it wasn’t made its own keyword until Sixth Edition. It originally read as “that creature is unaffected by summoning sickness,” which was found to be too wordy and often created walls of texts on cards. Simplifying this text into a short 5-letter keyword was a much better idea.

And haste isn’t a mechanic unique to Magic either. Almost every card game has its own version that does the exact same thing, and it’s proven to be a balanced and often well-distributed keyword in the game.

Uniquely, while haste allows for creatures to tap activated abilities without worrying about summoning sickness, there are currently only a handful of cards (like Errant, Street Artist) that have haste and 0 power, meaning they’re meant to do just that. A defender with haste is quite the unique combination.

Can Creatures with Haste Tap?

Creatures with haste are able to tap because having haste allows them to circumvent or ignore summoning sickness. That means that cards like Errant, Street Artist that have an activated ability are able to tap and use its ability on the turn it enters the battlefield.

Can Creatures with Haste Be Blocked?

Can You Attack with a Stolen Haste Creature?

Yes, you can attack with a stolen haste creature, even it hasn’t been controlled by you since your turn began. This is why cards that steal creatures like Act of Aggression give the creature haste; so, you can actually use it!

Do Tokens Have Haste?

Tokens don’t have haste by default. Tokens are creature permanents made by another card or affect, which will always describe the characteristics of the token being created. If the creating card or ability doesn’t give the token haste, then it doesn’t have it.

Do Planeswalkers Have Haste?

While planeswalkers don’t have haste unless specified, they’re still able to be used the turn they enter the battlefield. This is important for planeswalkers that become creatures.

For example, Gideon, Ally of Zendikar can turn into a 5/5 human the turn it enters the battlefield, but it can’t attack on that same first turn because of summoning sickness. But Sarkhan, the Dragonspeaker can attack because its ability turns it into a 4/4 dragon with haste.

Do Vehicles Have Haste?

No, vehicles don’t inherently have haste. Vehicles, similar to other nonland permanents, have summoning sickness the turn they enter the battlefield. That’s why some vehicles have haste while others don’t.

Is Flash the Same as Haste?

Flash isn’t the same as haste. It’s a keyword that allows spells to be cast any time you could cast an instant, but it doesn’t give permanents haste. Interestingly, you can play a creature with flash on your opponent’s turn and then be able to use them without worrying about summoning sickness on your turn.

What is Super Haste?

Super haste is an Un-set mechanic on Rocket-Powered Turbo Slug from Unhinged that allowed for the creature to attack “the turn before you cast it.” The catch was that if you didn’t pay the card’s cost at the end of your next turn, you lost the game.

This was one of the more quirky and tongue-in-cheek mechanics from the Un-sets, but it was fun to play around with and cool that it actually functioned in some capacity in gameplay.

Haste is a keyword that’s as good as you’re able to make it. Unlike lifelink or flying where you can get value from the creature more easily (read: even if it dies), having haste requires something to actually attack successfully.

If you’re up against a mono-walls player with more toughness than matters, having haste creatures won’t do you all that good because you’re not attacking anyway.

Goldspan Dragon has been dominating Standard for the past year thanks to its incredible value, power, and combo-potential. Not only is it a 4/4 flier for five, it also makes Treasure tokens whenever it attacks or becomes targeted, and it makes your Treasure tokens tap for two mana instead of one.

This card is one of the only threats in many control decks, and it’s even the primary engine for Jeskai () Storm, which tries to make a lot of Treasure tokens to repeatedly play card draw spells until it can find Show of Confidence. It’s also a main threat in Jeskai control decks, where it performs a nearly identical function with a higher focus on generating lots of mana.

Nobody who’s been playing Magic for more than a few weeks is stranger to the infamous Craterhoof Behemoth. This whale of a card powers up your entire board and gives it trample to overrun your opponents, often one-shotting them in the process.

Players often make the mistake of assuming this card gives your other creatures haste when it doesn’t. I suppose that goes back to something with being attacked by every creature your opponent controls.

Arclight Phoenix is another eternal format staple in Pioneer and Historic. It’s used in Izzet () spells deck as a value engine and way to consistently apply pressure while using your mana on interaction or card draw.

Having haste is what makes this card great. While reanimating a few 3/2 fliers when you cast your third cantrip is pretty darn good, having them all attack that turn and become pseudo-Lightning Bolts is much better and has more synergy with the rest of the deck.

There’s also, of course, Kiki-Jiki, Mirror Breaker who, through the power of haste, is one of the most potent combo pieces to ever strike fear and suffering into the hearts of Modern players.

Kiki-Jiki allows you to make copies of cards but with haste, which opens up so many different combo lines. But most notable are the 2-card combos with Zealous Conscripts, Deceiver Exarch, and Pestermite.

Embercleave
The Circle of Loyalty x2

Here’s a sweet old BO1 haste deck I used to mess around with in Historic. It’s essentially a pile of value-efficient haste creatures paired with some strong interaction to clear the way for your attackers.

In the front line you have cards like Basri’s Lieutenant and Tajic, Legion’s Edge to keep your board nice and strong. Then there’s Rem Karolus, Stalwart Slayer to further amplify your capabilities in combat.

Rip Apart, Justice Strike, and Banishing Light are your single-target removal that help get rid of deathtouch creatures or other permanent-based threats.  The single copy of Farewell is something I’ve found to be particularly effective at handling decks that don’t interact through creatures, something this deck is otherwise open to losing to.

That concludes just about everything you need to know about the haste keyword in Magic! It’s certainly one of the more potent evergreen keywords and has certainly been responsible for a few unforeseen deaths on my end in some Drafts.

What do you think of haste? Do you think it’s a fun and interactive mechanic, or is it too dull and doesn’t open up enough room for defensive plays? Let me know down in the comments below or over in the official Draftsim Discord. 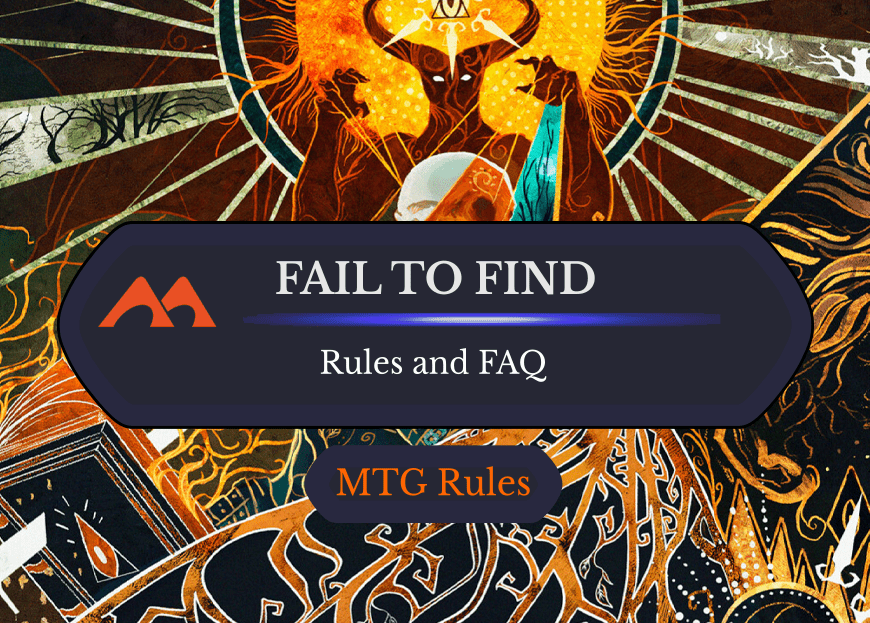 Fail to Find in Magic: All Your Rules Questions Answered  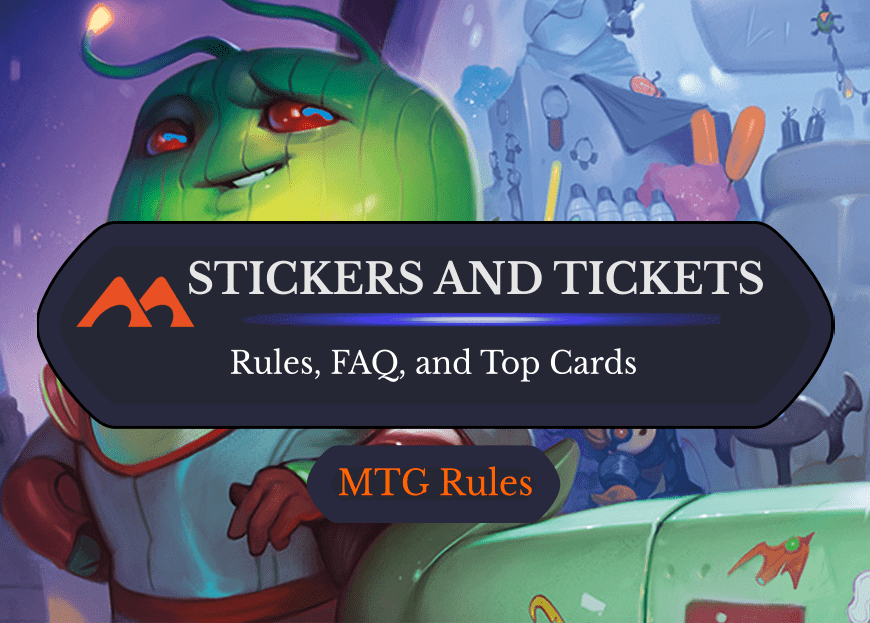 Stickers and Tickets in MTG: Rules, History, and Best Cards