All 20 Lesson Cards in Magic Ranked

Today we’re going to learn a lesson on lesson cards! These cards have mainly appeared in Standard decklists since they were released in Strixhaven. And it’s a cool way to get an edge over your opponents in Arena since it supports BO1 play, which some decks enjoy a lot.

I want to talk about all lesson cards, the interaction with the learn mechanic, and the rankings for all the lesson cards. Ready? Let’s dive in!

What are Lessons in MTG?

Lesson is a sorcery subtype, so there are some sorceries that have the subtype lesson. There are 20 lesson cards in all five colors, and all from the Strixhaven set.

The interesting part of lessons is that they’re not a very powerful card to put into your main deck, but they are interesting to draw in various parts of the game. You’d like to cast Environmental Sciences in the first turns against a mono-red deck because you’ll gain two life and fetch a land. But for midrange matches you’d prefer to draw Mascot Exhibition on turn 6, which would be bad against faster opponents. If your opponent is beating you on card advantage by a lot, then fetch Teachings of the Archaics and draw three cards.

How Do Learn and Lesson Work?

Let’s use Professor of Symbology as an example. When the Professor enters the battlefield, you learn. Whenever you learn you can either “rummage” (discard a card to draw another card) or put any lesson card from your sideboard into your hand.

A card that may have its uses in Limited, Mercurial Transformation does so little to see play in Constructed formats. You’ll usually want this lesson in a magecraft deck that wants to turn a creature into a 4/4 for a turn, besides adding to the previous magecraft or prowess triggers.

The five schools of Strixhaven each have an token summon of their choice, and Spirit Summoning is one of the worst. A 3/2 for three mana usually isn’t good enough to matter in Constructed formats.

The fact that Academic Probation requires you to name a card and it only lasts until your next turn requires precision. It’s one of those cases where you develop your board and don’t want your opponent to cast a sweeper like Doomskar or Shadows’ Verdict.

It can be a way out of getting combo’ed if the cycling Zenith Flare deck returns. But there are already good cards that disrupt your opponents in white, like Reidane, God of the Worthy or Thalia, Heretic Cathar.

Red cards are already running effects like Unexpected Windfall. So you should really be interested in discarding a lot of cards to play Illuminate History.

Start from Scratch is a narrow but flexible card. You’ll either get a Shatter effect or destroy a small creature. Although one of the weaker lessons, red decks with learn should always have one of these in their sideboard.

Elemental Summoning is a little better than the previous one because a 4/4 is a somewhat better creature, so it sees play in some Izzet () decks.

The good part about Fractal Summoning is that it has X in its mana cost, so at least it can be used as a mana sink in Simic () decks. The token also gets +1/+1 counters, so it has those synergies too.

Look, a 2/1 flier at least has evasion. And seeing as you get Inkling Summoning for free as part of the lesson/learn package I think this is the second best lesson that invokes an elemental. A 1/1 flier that dies into a future 2/1 flier isn’t the worst card ever.

The Preordain effect is really useful anytime in the game, and Introduction to Prophecy can go into any deck since it only costs three mana. This is playable in a slow matchup where you have the time to pay mana for this effect and don’t need to affect the board immediately.

A catch-all answer is very interesting, and Reduce to Memory can be tutored. Leaving your opponent with a 3/2 is bad, but it’s better than dealing with, say, Sorin the Mirthless or Wedding Announcement.

Basic Conjuration can give you some card selection and find a bomb or utility creature you need, on top of the extra life. Green midrange decks can make use of this card here and there.

Expanded Anatomy is a useful effect to push more damage in a pinch, has synergies with +1/+1 counters, and can win a combat or threaten an enemy planeswalker. Any deck can use this card, and a flier or creature with evasion can push extra damage too.

The beauty of lessons is to put these narrow effects to good use when they matter the most. Plus if you have a lifelinker it’s a way to deal damage, gain some life, and have a big lifelinker blocker to further stabilize.

Pest Summoning is interesting because it serves some purposes. It’s two bodies in a black sacrifice deck and there are some Golgari () and aristocrats decks that are interested in this and the incidental life gain. You have two bodies to block and also two life against aggro decks like mono-red.

Like Reduce to Memory, you get a catch-all answer but unfortunately have to give something in return. In this case your opponent draws a card. Use Introduction to Annihilation as a last resource when you prefer that your opponent get an extra card than the current threat.

Containment Breach is an interesting card in decks that usually don’t have this Naturalize effect or that can splash it via a Treasure. You even get a Pest token for your efforts.

Control decks and midrange decks usually tutor Teachings of the Archaics when far behind.

I know that Divide By Zero is currently banned in Standard, but the combination with Teachings was very good when it was legal. You’d fill your opponent’s hand with the extra card, tutor for Teachings, and then draw two or three cards. Any blue midrange/control deck wants at least one of these in their sideboard.

Being able to exile a planeswalker or creature for three mana is a huge deal, and Necrotic Fumes really shines in midrange battles. Especially because you cut your opponent’s recursion.

Midrange decks sometimes have tough-to-deal-with cards like Toski, Bearer of Secrets or planeswalkers like Lolth, Spider Queen. Fumes answers all of them.

Another key card in midrange/control fights, Confront the Past lets you Reanimate a planeswalker or just deal with the opposing one. Definitely a good tool to have in your black decks.

It’s interesting that, while not every opposing deck will have planeswalkers to kill with Confront the Past, at least you can control which walkers you’re putting in your deck and getting back.

Fixing your mana and gaining some life all for the low, low cost of two generic mana is worth running in almost any deck with lessons, and any deck can cast it. Don’t underestimate Environmental Sciences. Midrange and control decks are usually interested in playing lots of lands, and the extra life doesn’t hurt.

The only lesson available at mythic rarity, Mascot Exhibition allows you to create three bodies, which is a hell of a win condition with some synergies. Funnily enough you probably wouldn’t put Mascot Exhibition in your decks because a card that costs seven mana is still bad in your opening hand.

But seeing as you can tutor it with the lessons, getting it in the mid- to late-game when it matters more is a huge benefit. Not to mention that it keeps spells with lesson that aren’t useful in the late game like Eyetwitch relevant during the whole game. Plus it’s a colorless lesson, meaning that any deck can play it.

The best payoffs to play with lesson cards are the learn cards of course, because you’ll need them to fetch the lesson. Cards that trigger whenever you cast an instant or sorcery spell are also fair game. They were made to support the magecraft mechanic, so cards with magecraft and prowess are a good fit.

Cards like Sedgemoor Witch also like the lesson/learn package a lot since you make an extra 1/1 Pest token every time you cast an instant or sorcery.

Black decks have access to awesome lessons, like Confront the Past, Reduce to Memory, and Necrotic Fumes. Standard usually decks that heavily use the lesson/learn package are base-black decks with Eyetwitch and Hunt for Specimens as good learn cards.

Can Lesson Cards Be in the Main Deck?

Lessons in the main deck will function as a regular instant or sorcery. They can’t be put into your hand as an effect of the learn ability since it only gets a lesson from your sideboard.

Do Lesson Cards Go to the Graveyard?

After lessons are cast they behave as regular instants or sorceries. They can be flashbacked with Snapcaster Mage or Lier, Disciple of the Drowned, or returned to your hand via Archaeomancer.

Can You Use Lessons in Commander?

Commander decks don’t have a sideboard, so you’ll need to discard a card and draw an extra card whenever you learn. Lessons can be added as usual to your Commander deck among the 99. It’s not possible to learn and get a lesson from outside the game in Commander.

How Do Lessons Work in Arena?

Let’s take a look at a typical Standard Orazhov () midrange decklist that uses learn and lessons as an example. The deck has four copies of Eyetwitch and Professor of Symbology, which are cards that can learn.

The sideboard’s slots are divided as follows: the first seven slots are dedicated to cards in BO1. This is where we’ll put all the lesson cards that are of interest, like Environmental Sciences and Confront the Past. The other slots are for BO3 games as usual.

The lesson/learn package is one of Strixhaven’s main characteristics as a set, and one that was designed and developed to highlight instants and sorceries that you “may learn” by attending Strixhaven’s school.

This mechanic offers versatility in deckbuilding by letting you search for “silver bullet cards” that can excel in a matchup or two. It’s also always card advantage to tutor for a lesson.

What’s your experience with lesson and learn cards? Let me know in the comments below or over in the Draftsim Discord. Don’t forget to grab Arena Tutor if you’re playing on MTGA. It’s free and will give you useful information regarding your collection, suggest Draft picks, and will even try to predict what deck your opponents are playing based on the metagame and their known cards. 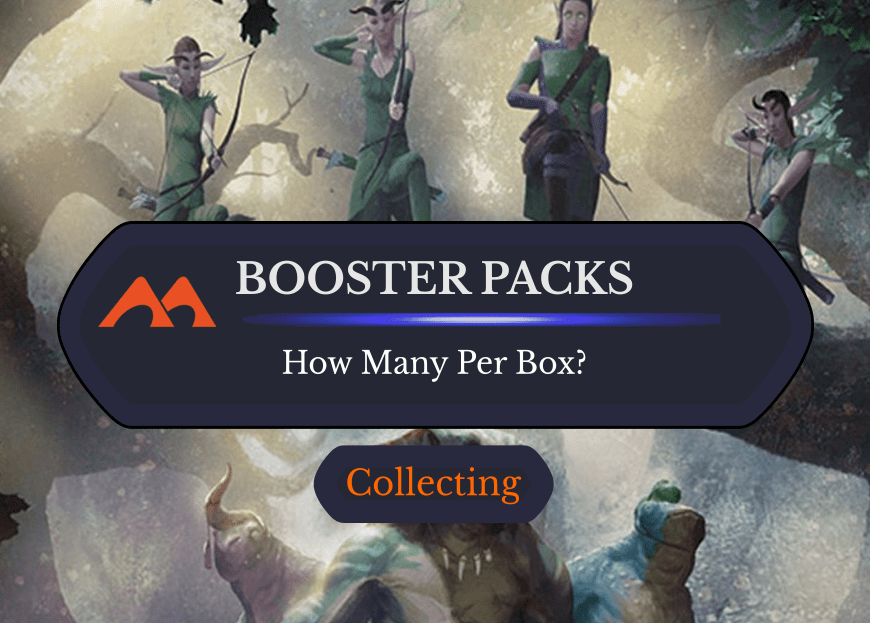 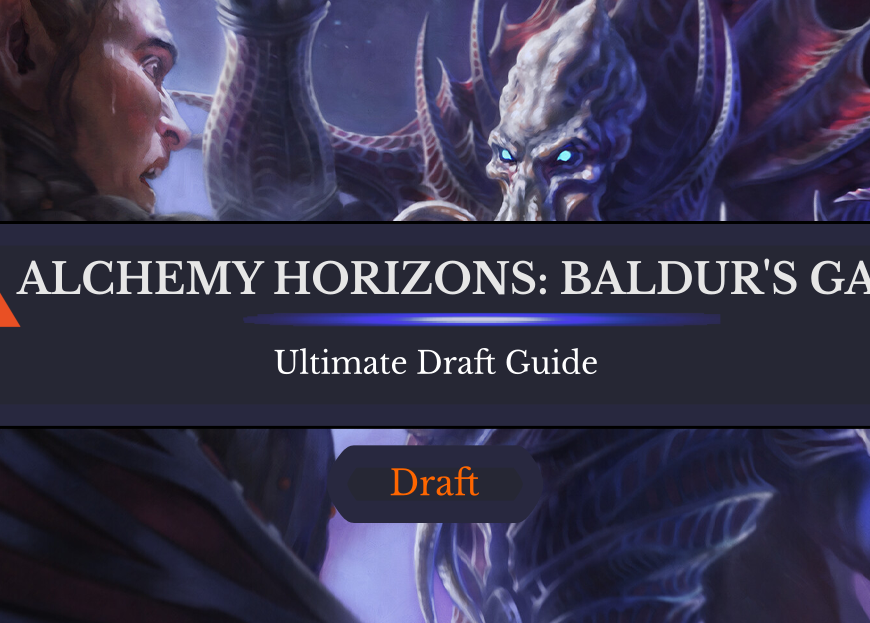