Thalia, Guardian of Thraben is a card very near and dear to my heart. It gave me lots of competitive wins back when I played paper events in Standard.

From Modern to Commander and even Tiny Leaders, there’s no format where I haven’t played Thalia. If I could afford a Legacy deck I swear I’d use it there, too. So surprising no one, when Thalia was reprinted in Crimson Vow I knew I had to play with it again!

Today I’ll be going over one of the most competitive decks that dominated Alchemy featuring the one and only Thalia, Guardian of Thraben. Today I present you with Mono White Aggro!

This was the deck most of the teams ran for the NEO Champs. We called it “big white” because there’s a total of 26 lands in the deck. That may seem like a bit much, but we wanted to hit four lands every time since Inquisitor Captain and The Wandering Emperor are huge threats that can change the game once they enter the battlefield.

That said, let’s look at each card individually.

Hopeful Initiate is the first on the list and one of the best 1-drops in the format. It threatens to grow every turn but also aims to deal with any pesky artifact or enchantment from your opponent’s side of the battlefield. Showdown of the Skalds, Key to the City, you name it.

The deck’s other 1-drop is Usher of the Fallen. It’s excellent by itself when it can attack proficiently and you won’t find another better 1-drop.

Luminarch Aspirant has seen better days since it was nerfed for no substantial reason, but it’s still good overall. If you sequence it correctly with Hopeful Initiate the last one doesn’t need to attack to start growing.

Another good use for Luminarch Aspirant is to put its counters on creatures like Thalia, Guardian of Thraben or Captain Eberhart, which both have excellent keywords for combat. More importantly it taxes your opponents from casting their spells. The more resilient these creatures are the better they’ll be.

For the taxing effects you have Elite Spellbinder, Reidane, God of the Worthy, and Archon of Emeria, a great main deck card against Runes. All of these come in handy depending on the match you’re facing, but they all fly which is huge since they’re evasive creatures that need to be dealt with as soon as possible.

The “butchers” are a reference to Faceless Butcher since they have very similar effects, and those are Brutal Cathar and Skyclave Apparition. This deck may lack hard removal, but these creatures fit the role perfectly.

Last but not least, you have Inquisitor Captain. No matter how you look at it this card is perfect since it leaves another potential threat on the battlefield even if you deal with it.

The Wandering Emperor is a unique planeswalker since it has flash and your opponents will often hold their attacks or plays if you leave four mana open and pass. It threatens to kill every tapped creature on its way but can make your creatures or manlands huge enough to steal games in the long term.

Even if you don’t have anything on the board it can slowly start creating its army. This is another card that’s very hard to overcome when timed right. Its power is such that control decks in multiple formats use it.

Aside from snow lands, the deck runs three lands in the form of Cave of the Frost Dragon and Faceless Haven. These perfectly suit a deck that runs 26 lands overall and that’s usually very mana hungry. So most of the time you won’t feel like you flood at all.

Eiganjo, Seat of the Empire is the last addition to the deck. Even if you draw them multiples you won’t feel like you’re holding a useless card in hand because you can always use the extra copy as a combat trick.

You can take advantage of some cool interactions when you play this deck. Some may be obvious, but others require a bit more thinking. Worry not, I’ve got you covered:

You need a cheap answer to other early drops and Portable Hole consistently overperforms against Oni-Cult Anvil and Runes.

Valorous Stance is fantastic against dragons and Hinata, Dawn-Crowned. It can also be used as a combat trick to protect your creatures from trading or getting killed in a tough spot.

You’ve got one Reidane, God of the Worthy in the mainboard, but extra copies are needed against control decks and in the mirror match. It not only taxes snow lands but the mirror was also mainly defined by evasive creatures and flyers always played a significant role in it.

The third copy of The Wandering Emperor is for most of the field. The only reason not to run three copies in the main deck is to have solid swaps between games.

Also known as the Runes killer, Archon of Emeria only has one job and executes it perfectly.

You may need more removal against other creature decks while not cutting your creature count for Inquisitor Captain, so more copies of Brutal Cathar are great.

Elite Spellbinder overperforms against midrange and control decks. It’s also great against mono white since you want more flier power to break the board stalls.

Guardian of Faith is here for decks that run board wipes because it can protect your well-established board.

In game 1 you’re favored since your taxing effects punish decks that rely on a combination of noncreature spell removal to stop you from killing them. Adding these effects on top of each other might be too much for your opponents, but be aware of cheap board wipes like The Meathook Massacre. The best card against them is Elite Spellbinder since you’ll know exactly what to play around with and can get rid of their gamechanger cards.

These are tough matches and you may want to reevaluate your hand before keeping it. Thalia, Guardian of Thraben may not be great here, but the first strike ability is relevant enough to keep a couple copies after the sideboard. This is a racing game so putting your counters on fliers will usually lead you to victory, but try to spread them if you can so that you don’t get blown out if your opponent kills your only good creature.

Post-sideboard you bring your creature removal and another copy of The Wandering Emperor to help get rid of their creatures and gain you a couple life points.

You’re very favored against control decks, but be careful not to keep hands with too many butchers. Mulligan aggressively to get some of your taxers, especially on the play if you know you’re going to be playing against control.

Post-sideboard you up your chances even more by bringing more taxing effects and a board wipe protection in the form of Guardian of Faith. And as expected, you want to board out most of your butchers.

Wedding Announcement can be good in the mirror and against other grindy decks like Rakdos () since their spot removal is often insufficient. And eventually your tokens grow.

This was a heavily discussed card that was left behind since it was power crept and the 3-drop slot was already filled. But if you want to get prepared against a wider metagame you can swap Archon of Emeria for Adeline, Resplendent Cathar.

Legion Angel was left out for the second The Wandering Emperor, but it’s also a potent flier threat if you find enough sideboard slots. It can also usually make the difference in mirrors.

If planeswalkers start seeing more play, you should consider running a couple copies of Fateful Absence in the board.

Sungold Sentinel’s stats are already good enough on their own, and it’s a pseudo-board stall breaker if you get to coven, which is critical against mono-colored decks.

Alchemy is an unpredictable format but it’s the format for you if you’re looking for a solid deck regardless of the changes. The best thing that could happen to Alchemy would be the un-nerfing of Luminarch Aspirant, so we gotta hope that happens soon!

What do you think about this deck? Are there any changes you’d make? Please let me know in the comments down below. And if you’re looking for better ways to track your game records, remember to use Arena Tutor. Trust me, you won’t be disappointed.

As always, it’s been a pleasure sharing my deck and experiences with you. Take care, and I’ll see you in the next one! 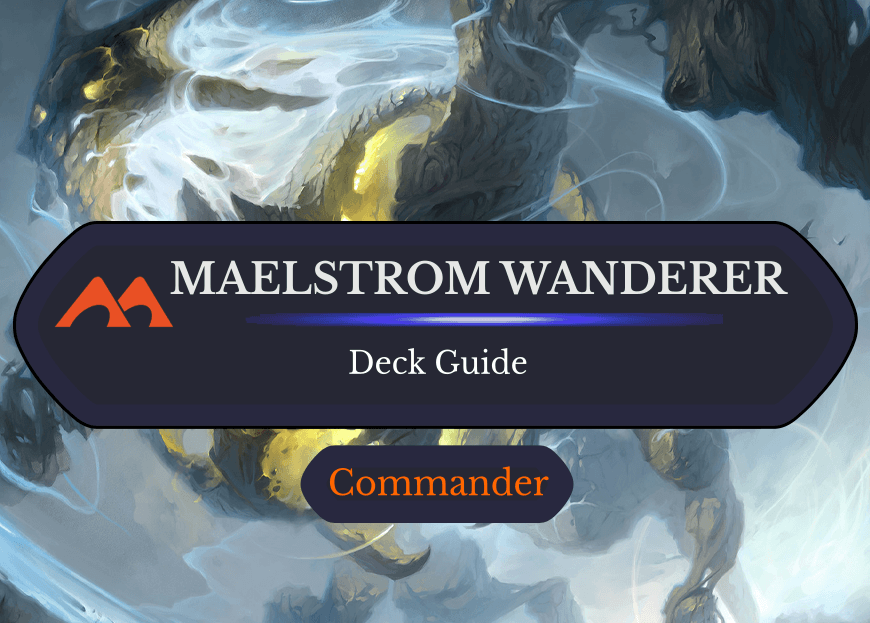 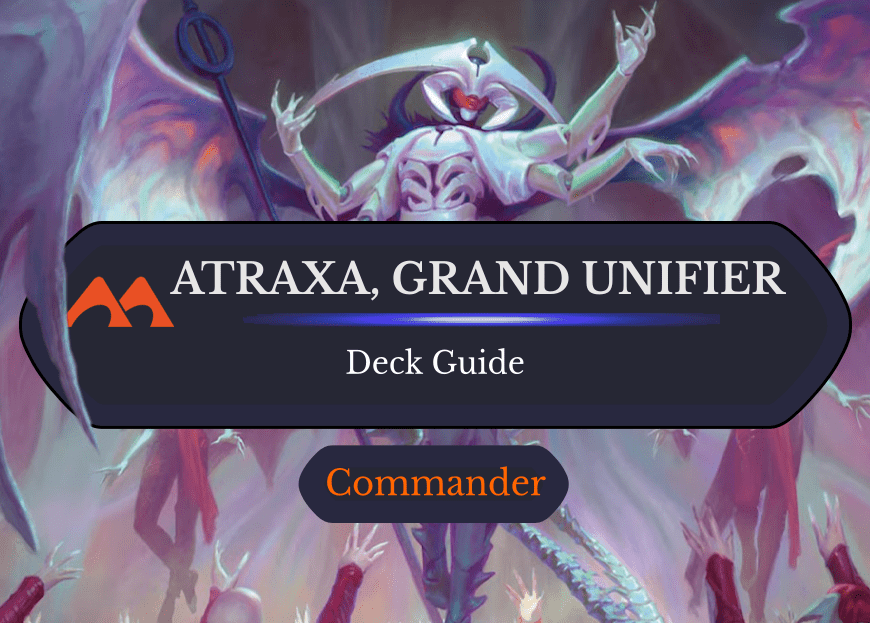