Showdown of the Skalds | Illustration by Steven Belledin

It’s finally Boros time! I wanted to cover this since the release of Kaldheim. Some of you might have seen the Boros equipment video I did during the early access event, and I was so confident that deck would be able to withstand the test of time against the meta. Still, it’s now sitting at roughly 55% win rate and that’s just not good enough.

Here we are with a different Boros build. This one doesn’t include as much equipment as the other deck and loses some of its flavor, but it’s still an excellent deck. We’re now looking at a deck that abuses Showdown of the Skalds as a source of massive card advantage and a way to put +1/+1 counters on your creatures. The deck is pretty straightforward, as you’ll see in the deck tech below.

Just like mono red, though, the “straight-forward” decks are sometimes the most fun to play. Just slam creatures and let your opponent do the math!

Showdown of the Skalds x4

Maul of the Skyclaves x3

As you may have guessed while glancing over the list, this is a very simple Boros build that’s remarkably similar to the mono white aggro decks. It takes full advantage of that red splash by bringing two of the best red creatures into the mix: Showdown of the Skalds, a 4 CMC card that gives you four cards off the top of your deck. Keep in mind that it says “play,” so that includes lands. The second and third uptick is nice to get a load of +1/+1 counters on your creatures.

We even have some spice built in here with Shepherd of the Flock. This is a card that Gustavo, one of our site’s superfans, seems to like quite a bit! So there you go, Gustavo, a home for the Shepherd!

Selfless Savior to protect our essential 2- and 3-drop creatures.

Giant Killer is a removal spell for giant creatures that doubles up as an awesome 1-drop that taps your opponent’s creatures.

Finally, Usher of the Fallen is a fantastic card that lets you create 1/1 creatures whenever it attacks. I like Usher, mainly because it’s a 1-card army of tokens in some games. You put it down on turn 1 and generate more and more tokens every turn. It can even force awkward board wipes that result in a theoretical one-for-one trade, putting control decks at a disadvantage.

The 2-drops are very generic. Basically just some “good stuff” slots sporting all the cool white and red aggro cards: Robber of the Rich, Luminarch Aspirant, and Seasoned Hallowblade. Each has its unique synergies ranging from counter generation to card advantage to indestructibility.

Shepherd of the Flock, on the other hand, has one function in this deck: returning Showdown of the Skalds to your hand right before it sacrifices itself on turn 3. It increases the value the card generates even further.

Our 3-drops mostly revolve around Maul of the Skyclaves as our designated win-condition. We put it on a creature with a ton of +1/+1 counters and start attacking to win the game.

Bonecrusher Giant is a great card that serves as both removal and a big 4/3 body after you’ve cast the Stomp adventure. It can also help stop your opponent from abusing annoying interactions, like with Alseid of Life’s Bounty giving protection during a block. Just Stomp that thing and deal damage regardless.

Skyclave Apparition makes another appearance. It’s just reliable removal, especially in a metagame where most competitive cards are 4 CMC or less. You can pull some shenanigans with this thing by returning it to your hand with Shepherd of the Flock while its trigger is on the stack, allowing the Apparition to exile two permanents.

And finally, our 4-drop slot: Showdown of the Skalds. This is a fantastic card generation engine. You could toy around and add some copies of Embercleave as well, but I’ve found you get far better line-ups and multiple plays off the first chapter on turn 5 by keeping the curve low.

This deck runs a Snow land base to abuse Faceless Haven. You can even load your +1/+1 counters on the Haven in some scenarios while it’s a creature to help dodge board wipes and the like. We also run Needleverge Pathway and Fabled Passage for color consistency.

Follow these simple rules, and you’re on your path to glory:

Our sideboard is a mixed bag that mostly consists of removal, but we have Reidane, God of the Worthy, and Ox of Agonas in here as well.

Reidane is used to counter Snow decks, but the card’s backside can also be a great inclusion against control decks. The angel is so potent that it turns 4 CMC board wipes into expensive 6 CMC wipes, buying you a few extra turns to attack. A great addition.

These are usually the type of matchups where you can cut three copies of Bonecrusher Giant and go for the angel instead. The backside artifact is significant against mono red and any deck that runs targeted removal thanks to its taxing nature.

Ox of Agonas is here for the Dimir rogue matchups. It gives you a means to empty your graveyard and get back in the game, restock your hand, and replace two copies of Showdown of the Skalds.

Robber of the Rich is here for the matchups where you need more early damage. The Robber usually replaces one Showdown of the Skalds and, in my case, I tend to take out one land as well.

Showdown of the Skalds is a fantastic card but it becomes a harsh bargain the moment your opponent runs blue. Getting a 4 CMC card like this countered feels terrible.

We run two copies of Frost Bite and one copy of Redcap Melee. Both spells remove creatures, the latter being mainly used against mono red and Gruul decks. Giant Killer is here if you need extra creature removal, mainly against Gruul and mono green.

All of the above removal tends to take Usher of the Fallen’s slots.

As I already mentioned, Embercleave is a card I’d like in this deck, but I think its strength lies in card advantage with the saga. The sword would likely make the deck too inconsistent.

There is something to be said about running some runes alongside Runeforge Champion. Even with so little equipment, having those runes buffing and drawing cards with the Champion can be quite useful.

Then there’s Winota, Joiner of Forces. This deck has a perfect mix of humans and non-humans, which has me tempted to exclude the saga and slap Winota in here instead. Sadly, I think the low CMC creature base means that Winota wouldn’t be maximized in a deck like this.

Boros Aggro is a fun deck. It takes some of the critical elements that make Naya adventures such a great deck right now while making it more consistent with a solid mana base. I’m glad there’s an easy-to-navigate deck like this around because this pile’s simplicity and efficiency go hand in hand. I don’t think a deck like this will win significant events, but it’s pulling impressive win rates in BO3 on the ranked ladder.

This deck may very well be one of those that can carry you to Mythic in two or three afternoons of consistent play and then allows you to settle on a proper top-tier deck like Gruul. Still, once it has its board set up, it can close games remarkably fast. Not as fast as Gruul or mono red, but a Seasoned Hallowblade wielding a Maul of the Skyclaves can end games swiftly, especially if your opponent has no artifact removal.

I like dual-colored decks more than triple-colored decks, so Boros will always have a special place in my collection. I’m glad that after so many months of obscurity, it can finally compete again.

Are you going to play this deck? If so, please let me know down below how your ranked journey is going! If you do happen to top any big events, make sure to leave a screenshot on our discord.

And if you’re not using Arena Tutor to track your Standard matches on MTGA yet, you need to check it out ASAP!

Thanks again for taking the time to read this guide, and I’ll see you again very soon with what is possibly the most toxic deck in Standard right now: Tibalt’s Trickery tribal. 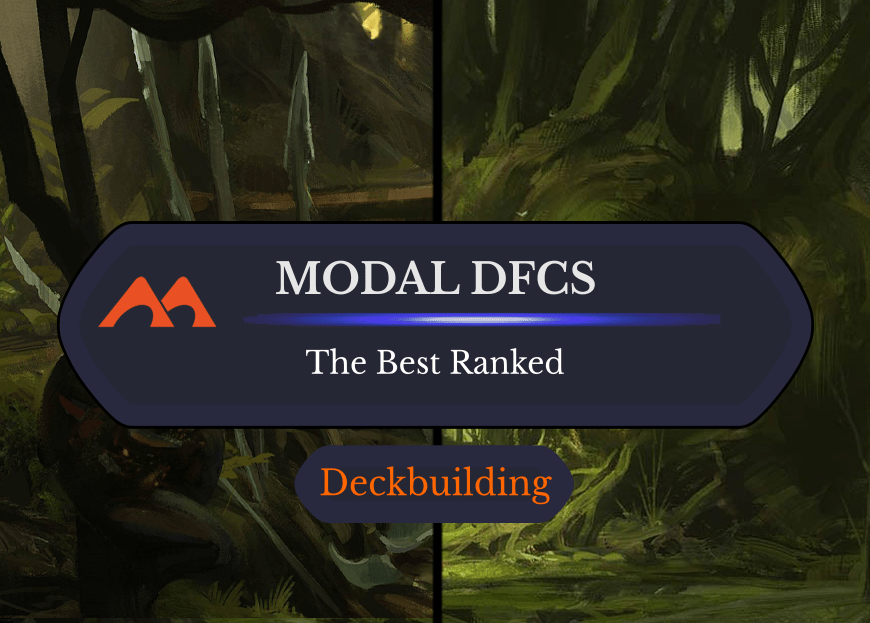 The 30 Best MDFCs in Magic 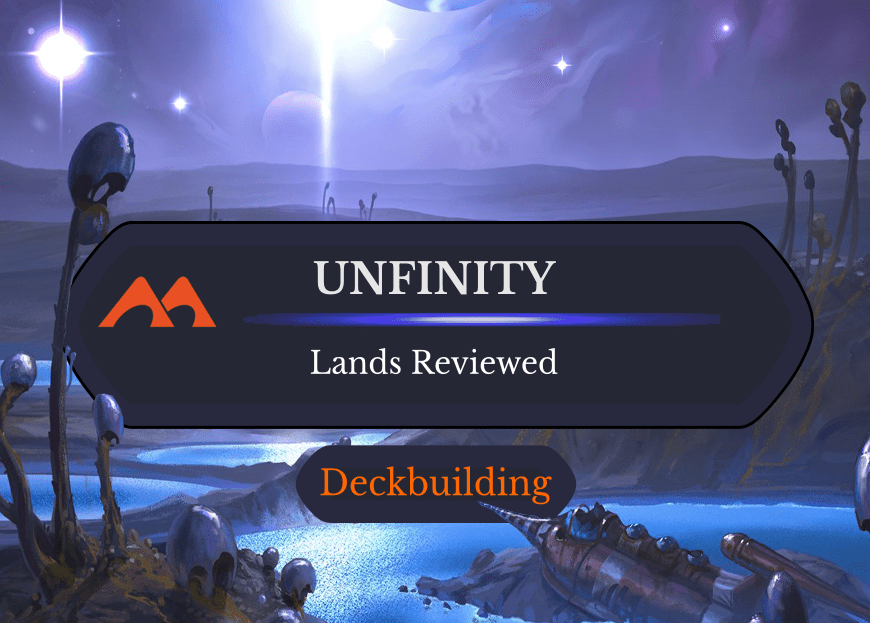