When you think about big flying stuff in the sky, the only creature you should think of is a dragon. With Dungeon & Dragons finally featuring in its own set, these mighty creatures have returned in earnest. But make no mistake, dragons have been part of Magic lore since its beginning.

As you may have guessed, today is all about dragons. But are they popular enough to conquer the competitive scene? Let’s find out!

Since rotation just hit us, it only makes sense to highlight a deck from new Standard. Let’s take a look at the mighty Izzet Dragons. This deck is insane. Not only are all its creatures dragons, but it also has powerful spells that aim to interact during each phase of the game. Take a look:

In a format dominated by Orzhov and green decks featuring Esika’s Chariot, you want to make sure to keep up with both at the same time. This is why this deck runs a combination of removal and tempo spells that aim to control the game depending on the situation.

With that in mind, look at this as a control deck where its finishers are giant destructive creatures flying across the sky.

Let’s start with the stars of the deck: the dragons!

The first creature of the deck is a baby dragon in the form of an egg that’s very good to stop aggro strategies. A few instants and sorceries later and Smoldering Egg becomes a massive threat that aims to dominate the board while you protect it. The main synergy is getting to play Alrund’s Epiphany and untap with a transformed or almost transformed dragon.

Next up is Goldspan Dragon. This dragon generates Treasures whenever it attacks. Considering it also has haste, accumulating multiple tokens during a match is an easy feat.

Now, is being dragon tribal worth it? I’d say so. There are only a few removal spells that can kill 4 toughness creatures and one of them is Power Word Kill.

The primary removal spell you have in this build is Dragon’s Fire. It deals three damage to any target in a vacuum but with eight dragons with 4 or more power in your deck it may as well say, “kill any creature that bothers you.”

Next we have Shatterskull Smashing playing a dual role as removal and land. Control decks struggle the most when they flood or get mana screwed. You’re basically running a deck with 26 lands which is just a bit more than what an ideal control deck runs. Modal double-faced cards lands are excellent examples of outstanding card design.

Burning Hands plays a significant role since the meta is dominated mainly by green decks and getting to deal six damage for two mana to a permanent is huge. Sorry not sorry Wrenn and Seven.

Finally you’ve got Prismari Command. While it has multiple effects, the most common one will be to kill one target or even two if you happen to run into someone using Esika’s Chariot.

Counterspells are without a doubt the most annoying spells in Magic, but they’re an excellent addition if you want to interact throughout all the game’s phases. Saw It Coming is available in this format. It covers most of your angles especially since you don’t care about cheap spells since most of them will be creatures that you can burn.

Strixhaven delivered one of the most potent card advantage engines we’ve had in a while with Expressive Iteration. You’ll be looking to play this 2-drop from turn 3+ in this deck. You can hit land and play it on the same turn which is very similar to drawing two out of three cards for two mana. This card is so powerful that it sees play in older formats as well and even in Vintage, which is a very exclusive club these days.

That being said, Iteration isn’t the only way this deck generates card advantage. A single copy of Behold the Multiverse has a very similar effect, especially if you cast it for its foretell cost.

Finally we have Alrund’s Epiphany. It isn’t card advantage by itself but your opponent probably won’t survive if you chain a couple Epiphanies with a dragon in play. Time Warp effects are potent and work best in decks that can exploit them like this one.

I already talked about the MDFCs lands that we run but those aren’t the only non-basic lands you have.

Fixing is critical so you need to run Riverglide Pathway to help. Prismari Campus is an excellent addition as well, not only because it helps you cast your spells on a curve but also because it helps smooth your draws a bit in the late game.

Finally, Den of the Bugbear and Hall of Storm Giants fill the last few slots. Both fulfill very similar roles in which they can threaten activation anytime. I must say that they shine the most on empty boards along with Alrund’s Epiphany.

Some interactions may be very intuitive, but some are a bit more difficult to spot if you haven’t played with the deck before or haven’t seen it in action. But don’t worry, I’ve got you!

You have the upper hand in game 1 against aggro matchups since the format isn’t fast enough to pressure you to the point where you want to run more removal than needed. Four copies of Burning Hands are perfect against green decks. Counterspells are bad against these strategies so those should be the first to get cut unless you see Esika’s Chariot on the other side of the field in game 1. In that case, your sideboard should be a little different.

Don’t feel bad cutting a couple of dragons if needed, but I wouldn’t remove any copies of Goldspan Dragon. It’s by far is the best of them all.

Your removal will be dead most of the time in control matchups. It’s still best to keep a couple copies of Dragon’s Fire in case your opponent is running planeswalkers, though.

You should burn your opponent’s ramp guys and counter their big spells like Esika’s Chariot and Wrenn and Seven against these kinds of decks. Then you can bring in some copies of Into the Roil for the tempo plays and bounce their big treefolk tokens post-sideboard.

Depending on how the meta shapes up you can run Frost Bite and change your mana base to support it with more snow lands. This is an auto-include if the meta ends up being faster.

Speaking of snow, Volatile Fjord is an auto-include to fix your mana base if you do end up running Frost Bite.

Another card that benefits from snow lands and Graven Lore is great when it comes to card advantage. I wouldn’t run a complete set but I’d feel very comfortable with a couple copies.

You can switch your copies of Spikefield Hazard for Jwari Disruption if you feel like you need more counterspells in your deck. This should do the trick and catch your opponent off-guard, even if it’s not a great card.

Divide by Zero is an excellent card to set up the tempo, plus it gives you access to your lesson board, and it also bounces spells that can’t be countered.

It’s not a dragon but Delver of Secrets can flip as early as turn 2 and start beating your opponent for cheap. Games are almost always over with two of these transformed on the field.

You should consider playing Consider if you want a lower curve and quicker Smoldering Egg activations.

Memory Deluge is a lovely card to consider if you feel like you’re missing a bit of card advantage. A single flashback activation of these will automatically turn on your Smoldering Eggs.

Burn Down the House

Burn Down the House comes in handy if you’re behind on the board and when you’re ahead or don’t want to kill your dragons. It can create three devils that are annoying for your opponent to deal with at the very least.

Terror of the Peaks | Illustration by Andrey Kuzinskiy

Although this deck is best in BO1, it can also be a fine BO3 deck if you don’t expect to run into tons of graveyard hate since your gameplan relies on reanimating your dragons or casting Dragonstorm.

It all starts with Bladewing the Risen and Dragonstorm in the graveyard. Cast Dragonstorm with Mizzix’s Mastery to find Terror of the Peaks and another Bladewing. Bring your dead Bladewing back from the graveyard and sacrifice the other to the legend rule. Your fresh Bladewing ability goes to the stack and you target the one you just sacrificed. This creates an infinite loop that you can stop at any time.

What’s the point of doing all this? Well, your Terror triggers stack every time a Bladewing enters the battlefield, so you can deal as much damage as you want to your opponent’s face if everything goes according to plan.

Speaking of Dragonstorm. This deck is very near and dear to my heart as it’s one of the most fun to maneuver. At least for me. It’s a bit more complicated than the Historic version, but it is faster.

You run a bunch of tutors and cheap spells to create little synergies, most of them relying on High Tide and untapping lands to cast multiple spells in a single turn. When all of that is done, boom! Throw down a big Dragonstorm to win on the spot. The idea here is to order your triggers correctly since Worldgorger Dragon is its core.

You’ll need to stack everything in a way that it resolves like this:

After Valkas’ ability resolves Worldgorger will die, bringing back every other dragon including Bladewing the Risen. Bladewing brings back Worldgorger which triggers Valkas’ and Worldgorger’s abilities.

Have Valkas’ ability resolve last and then deal six damage to Worldgorger with the help of Niv-Mizzet, the Firemind or Shivan Dragon. Worldgorger’s exile ability will resolve and exile all your dragons, and then bring them back again when Valkas’ damage kills Worldgorger again. Rinse and repeat until you get bored or finally decide to deal the final blow to your opponent.

There are easier ways to accomplish this with Dragon Tempest or Animate Dead, but you get the idea.

Finally, a deck that’s a bit fairer than the ones we just saw! This is a pseudo-control deck with a bunch of dragons in it. Having five colors means you have access to the most powerful spells available on the format, so that’s a plus.

Hopefully this journey across formats showcased what I think will be one of the most powerful decks post-rotation. I also didn’t want to miss this opportunity to show how potent dragons are in other formats.

What do you think? Do you like dragons as much as I do, or would you rather be a dragon slayer? Let me know in the comments! And don’t forget to grab Arena Tutor if you’re playing on MTGA a lot and want a free app to track your matches. 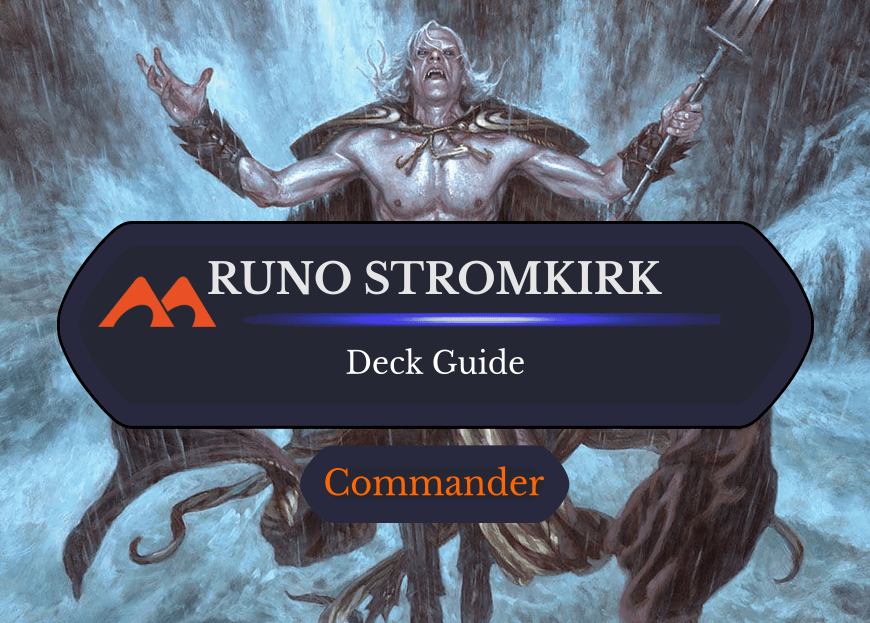 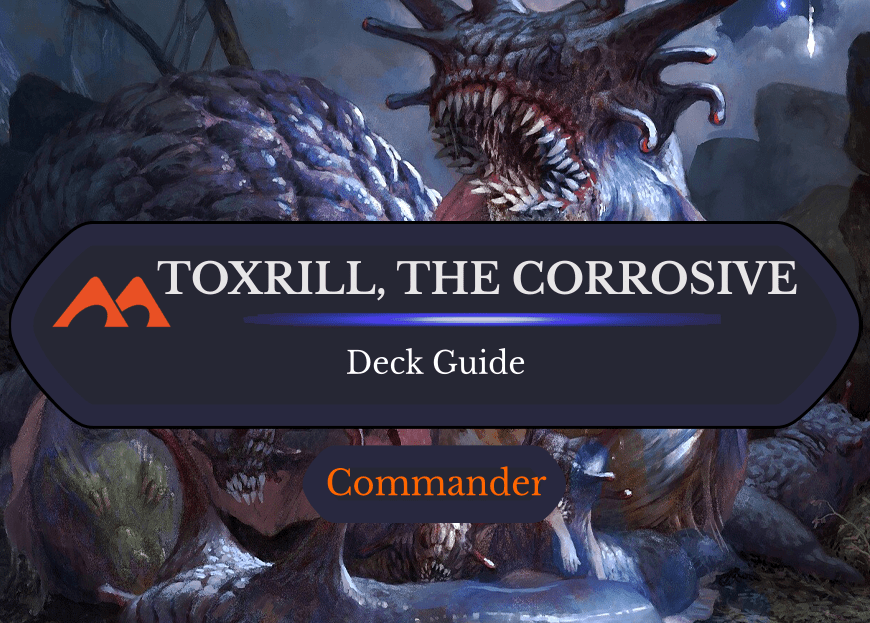