Fires of Invention Deck Guide: Jeskai, Keruga, and Beyond

Throne of Eldraine’s Fires of Invention has been a mainstay in Standard competitive Arena and a staple of any FNM event at your LGS since its printing. The archetype, for those of us who’ve perhaps not visited Standard recently, is built around its namesake card generating crazy amounts of value by creating an alternative casting cost condition and essentially doubling or tripling your mana.

I’ll go over the historical context of the deck, give you a gameplay resource, and also provide a few decklists (proven and speculative) now that Ikoria: Lair of Behemoths has dropped.

Let’s start by examining a typical Fires list pre-Ikoria. You may recognize this as Márcio Carvalho’s list from Worlds:

With this decklist in mind, a typical approach to this deck would look like this:

Pregame: When Sphinx of Foresight is revealed, you get to peek at your first few draws to set them up for consistency and appropriate land drop access.

Turn 1: Land, go. Usually a tapped scry or shock or, in some circumstances, Fabled Passage.

Turn 2: Land, Go. Typically an untapped land so you can hold up two mana for things like Stomp or your sideboard tech when in games 2 and 3.

Turn 3: Deafening Clarion for an early board wipe vs. aggro decks like mono red (or the new brews emerging with Lurrus of the Dream-Den). Teferi, Time Raveler is an on-curve play, but against any form of control is risky as you’re way behind if it’s countered or dealt with. Narset, Parter of Veils is a great play if you haven’t drawn into Fires just yet, but more often than not, dropping the Bonecrusher Giant you previously Stomped is the most non-committal play.

Turns 4 and 5: Get Fires onto the Battlefield

Assuming you haven’t missed your land drops and you’ve got a copy in your hand, it’s time to play Fires. This will, of course, consume all your mana, but you get your first free piece of value once it resolves. Sphinx of Foresight is the most common play after Fires as its pregame effects give this deck a great deal of consistency.

This is where your deck is all set up and ready to win. It’s not uncommon to win on turns 5 or 6 if your threats lineup nicely and you can activate their abilities to create haste/trample machines and swing for lethal. I’ll go into this in more detail later on.

There’s been a couple of things that have changed for this deck now that Ikoria is in Standard. Let’s take a look.

We got a slew of new cards that seem to fit into the deck, a few mechanical concepts which also have their place, and even some color splashes which can take us out of Jeskai. For a comprehensive review of the new cards you can check out our Ikoria spoilers/set review article, but I’ll go into specific examples relevant to Fires right here.

This reprint gives you access to a cheap anti-aggro card. Mono red is hit hardest, especially with their anti-white tech Unchained Berserker, which previously avoided Deafening Clarion wipes. Sideboard tech is all but guaranteed if any red aggro decks are in the meta once it settles.

Odd at first glance but gives great flexibility and utility when you hardcast it with Jeskai colors. Even with Fires out, you can still opt to hard cast with mana. This can be used to remove (or brick) a key planeswalker, end a standoff between two boards filled with big creatures (no blocks or swingback!), or wipe the board of wienies.

Removal with card selection is never a bad thing. A common issue this card fixes is drawing a redundant copy of Fires, as well as solving mana flood/screw issues. Fire Prophecy occupies the 2-drop slot at instant speed, so it competes with other cards like Scorching Dragonfire that allow planeswalkers selection, as well the added effect of exiling the creature. We’ve seen plenty of lists run Scorching Dragonfire, so it would make sense to see this card pop up with Fires if card selection proves more important than those effects or anti-planeswalker tools (see Mythos of Vadrok) from other sources find their way into the lists.

Narset of the Ancient Way

This card is super cool, but maybe not the most natural fit for this deck. Her +1 ability only gives you two life when Fires is on the board, except for fringe cases using Mythos of Vadrok’s Jeskai color activation. Her -2 ability, however, is the most relevant piece of the equation.  Removal on a stick, card selection, can’t be counterspelled by flash decks, more cycling. While these may be fringe, more on this later.

This cycle of cards are game enders. I’ve expanded consideration to include the whole cycle for two reasons: First, you’re almost never hardcasting an Ultimatum spell with this deck, so colors don’t really matter to you once Fires is on the board and we have the required 600 mana to cast it. Second, there are some promising Temur lists that take advantage of Fires and Genesis Ultimatum (more on this later). These cards should win you the game most of the time upon resolution.

A tapped tri-color land with cycling. This card gives you a great turn-1 play and is never a dead draw when you have enough mana in the late game.

A seven mana 8/8 with haste and trample is a little expensive, so it may not be often you hardcast this creature unless you’re in top-deck mode in the late game. Its cycling ability gives you an option where you may not be able to use your mana in a more efficient way. This is by no means an auto include but presents a promising option to get an eventual “free” creature onto the battlefield that doesn’t count towards your turn’s cast count.

An enchantment option to spend your early mana on, which cycles late game. Has synergy with other cycling cards as well as some pretty hefty synergy with Cavalier of Gales and Narset of the Ancient Way. This deck gains a lot of value already, so this card runs the risk of being a “win-more” card. As it’s a cheap enchantment card, it is a promising tech option in your sideboard for control matchups as access to enchantment removal can often be limited to Teferi activations which gives you a better chance of sticking a Fires cast later on.

Counterspells in a Fires deck present a material risk of being a dead card when drawn after Fires is on your battlefield. Typically these cards would be used to fight for control in the mirror, prevent ramp cards like Uro, Titan of Nature’s Wrath and Growth Spiral, and stop key cards like Casualties of War. This card in particular lets you have all the upsides of a counterspell without the risk of it being strictly dead in a lot of circumstances.

This card has a lot of promise due to its insane flexibility.

This card, while cool, probably won’t do enough in this deck shell unless cycling is heavily leaned into. Even the most optimal circumstances would see this dealing three to six damage for four mana. Not that great. Has negative synergy with Yidaro.

Note: after the rules change and bannings much has changed. Read more about companions in present-day here.

The downside for this companion is pretty low. You really only miss Aether Gust and Mystical Dispute from the sideboard, and can still access Stomp thanks to Bonecrusher Giant being the part of the card that counts for this condition. Resolving this spell means you’ve got access to a draw-2/3 creature when you need it, as this would be the most typical value it grants you if you’re playing on curve. Of course, we can net considerably more than this by delaying the cast if you’ve got a particularly strong open. This is the most suitable companion candidate for the existing iteration of the deck.

A very natural possibility, just make the deck bigger. Mind you, you’d need to add a few extra ETBs if you want to actually benefit from Yorion for more than just flickering a Teferi or Narset, but the actual structure of the deck would remain intact otherwise.

Gyruda, Doom of the Depths

Very cool, as you want a deck with a lot of big creatures in it. You’d just have to cut all the ones Fires currently uses. Deafening Clarion, Teferi, Cavaliers, and Kenrith all have to go if you want to meet this companion’s restrictions.

This would be incredible. But Fires doesn’t have an activated ability. We can only dream.

The restriction only applies to four cards in your deck, so finding substitutes for your creature base would keep the rest of the shell intact. Interestingly, this would work very nicely with Niv-Mizzet and WUBRG lists.

Given the access to tricycle lands and some particularly spicy cards in non-Jeskai colors with Ikoria, exploration of Fires deck archetypes outside of Jeskai is something I’ve seen experimentation with already. Genesis Ultimatum is an example of a card which almost makes the change to Temur worth it all on its own. I’ve added two such lists that popped onto my radar early in the season.

Wyatt’s list revolves around ramping quickly into the midgame and resolving Genesis Ultimatum to quickly overwhelm the opponent. The sideboard is particularly fantastic at dealing with aggro decks, with four copies of Flame Sweep.

While Crokeyz‘s most recent success in achieving rank 1 Mythic early into the season was achieved with Lurrus aggro, he managed to piece this together and maintain a great win rate to boot. Splashing in the green to access Uro and Genesis Ultimatum, this deck plays very similarly to other lists. Avoiding companions altogether means having access to Mystical Dispute in the sideboard, and you can fight the early game counterspell wars to resolve a Teferi or Narset of the Ancient Way.

The list I compiled is a combination of the lists I’ve observed on the ladder of recent and in a number of much better player’s lists. Main decking Neutralize lets you fight the tempo game and cycle once you’ve resolved a Fires. Shark Typhoon cycling at your end step is an extremely effective way of dealing with a Teferi in the mirror or control matchups.

Fires of Invention decks are a potent archetype which seems to have only gotten stronger with Ikoria. We’re super early into the meta, so it’s premature to make any calls about which list and color access will be determined most optimal, but initial tests appear very promising.

Happy grinding, and stay safe out there! 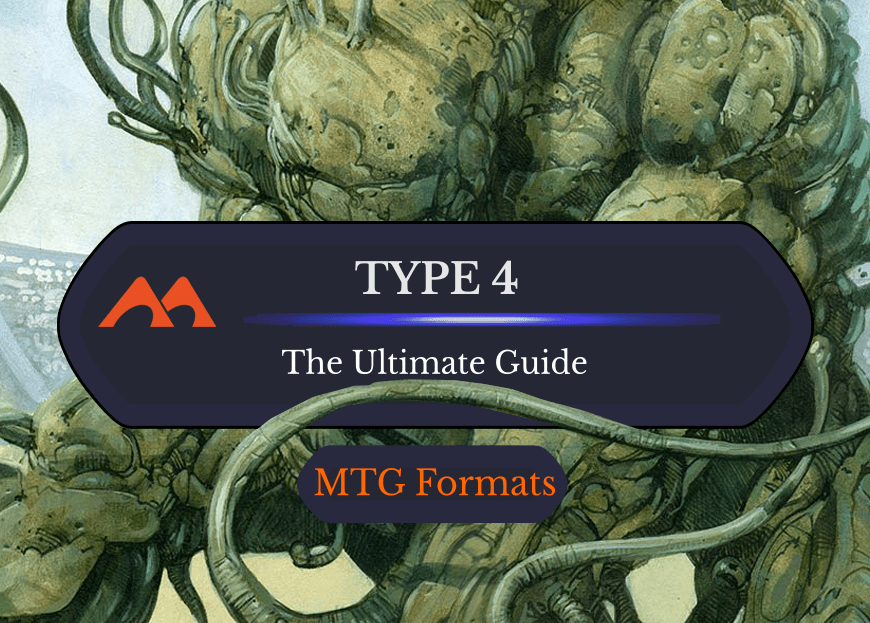 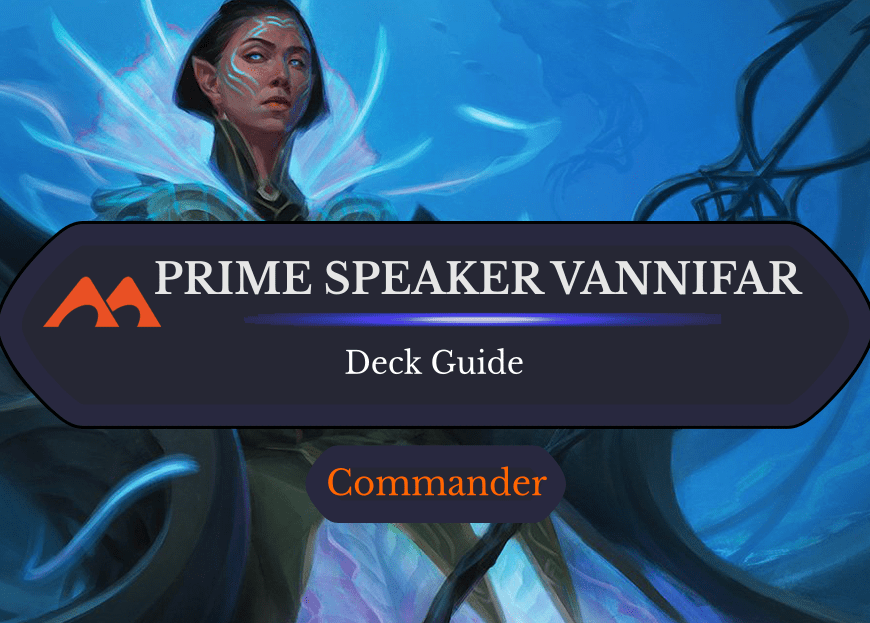