It seems like once a year we get a new Arena format that’s meant to be the latest in a long line of what-ifs surrounding if Pioneer will ever end up on the digital platform. We finally have a concrete answer with the latest announcement and the birth of the Explorer format. Explorer will serve as the roadmap to getting Pioneer fully realized on MTGA. No longer is it an “if” but a “when” regarding Pioneer on Arena.

Using Pioneer as both a basis and an end goal, Explorer is a format with plenty of guidance to work from but also freedom to take shape in its own image as staples of Pioneer wait to make their Arena debut. Will these changes to the metagame spawn new decks that translate over to Pioneer, or will we just see nerfed version of top Pioneer decks sit atop the Explorer metagame?

While we can’t know for sure how Explorer’s metagame will shake out, let’s dive into this new format that is a partial translation of Magic’s latest premier format for now!

Explorer is the latest Constructed format on MTG Arena that takes all the cards that are on Pioneer-legal on MTGA as a basis for the format. Explorer will eventually become Pioneer once all Pioneer-legal cards have been added to the platform.

Who is Explorer for?

Explorer is the on-ramp for Arena-only players to start wading into the waters of Pioneer. With the Organized Play announcement featuring Pioneer as a premier Constructed format for the next year, a lot of players have flocked to the Magic Online queues to test the format.

While paper events continue to return, the Arena player base didn’t have a way to learn this important premier format. Explorer enables as close a replication of Pioneer as is possible on MTGA right now. This new format aims to eventually become Pioneer as all the cards make their way to Arena.

While competitive players will want to play Explorer to work on their understanding of Pioneer, the benefits of having an analogous format to Pioneer on MTGA is that a whole new swath of players will be able to experience and enjoy Pioneer-like gameplay. This will act as another step in increasing the player base in Magic’s latest premier and introductory paper format with the format’s continued growth.

The Explorer banlist started with the same cards that are currently banned in Pioneer and will change based on the needs of the digital-only format. Since not all cards that are legal in Pioneer are on Arena there may be format imbalances that need correcting that can be reverted as the full list of cards are implemented on the platform.

Where to Play Explorer

The only place to play Explorer is on MTG Arena since it’s a digital-only format.

I’d expect that some top decks of Pioneer will need more time to show up on Explorer given the missing cards between the two formats. But these are the decks that will likely appear on ladder and take their place at the top of the Explorer metagame on day 1.

Of course there used to be Naya Winota, but Winota, Joiner of Forces is now banned indefinitely in Explorer. It could be unbanned again in the future as the format converges on Pioneer per WotC, but for now, no Winota.

One of the premier control decks of Pioneer, Azorius () Control maximizes the newest cards from Neon Dynasty while leveraging control staples like Teferi, Hero of Dominaria and Shark Typhoon to take control of the game.

Given the expected early prevalence of decks like Naya Winota, I expect Azorius Control will find a strong footing. Especially since there’s only one card missing between the Pioneer and Explorer versions of the deck. While losing Supreme Verdict certainly hurts some matchups there are plenty of replacement wrath effects on Arena.

Fable of the Mirror-Breaker x4

Rakdos () Midrange suffers against some of the over-the-top decks and combo decks that are unlikely to find their way into Explorer off the bat since each combo build in the format is missing a key piece. While the list may need to tweak some numbers to best adjust to the developing Explorer metagame it’ll surely remain a great choice for any fair Magic enjoyers.

Another Rakdos deck that’s popular in Pioneer, this Rakdos Sacrifice list enables players to access a current Standard deck since most of this build is currently Standard legal. While you lose out on Urborg, Tomb of Yawgmoth none of the essential pieces are missing on Arena. That’s a great place to start on day 1 of the format.

Well it didn’t take long, but Winota is now banned indefinitely in Explorer. Per WotC, it could be unbanned again in the future as the format converges on Pioneer.

The premier tempo deck of Pioneer looks to punish decks that play a hefty amount of 3- and 4-drop spells in their list. With the likelihood of control and midrange being big players in the format I’d keep an eye on when is the right time to pull the trigger on Mono Blue Spirits. While some of your best matchups with this deck aren’t going to be on Arena day 1, we’ve seen this build win against most top decks in Pioneer time and time again.

And given the mana base is basics and Faceless Haven the stress on using wildcards is eased compared to most the decks on this list. I’d start with this deck if you’re trying to get into Explorer on a wildcard budget.

Trail of Crumbs | Illustration by Daarken

While not the strongest Pioneer deck, Jund () Sacrifice continues to show up in Pioneer. And there aren’t any major losses in porting this deck from Pioneer to Explorer since it’s a deck that entirely came from Standard sets during Arena’s lifetime.

We’ve seen the power of this style of deck after it won Mythic Championship VII without dropping a match. Playing builds that are closest to their full Pioneer version will net the best results on day 1 since the power level discrepancies between decks’ missing pieces and decks that are fully built should help early adopters of Explorer climb the ranked ladder.

Fable of the Mirror-Breaker x4

A deck that started seeing more play in Historic lately, Mardu () Greasefang came entirely through Standard, and the few exceptions (like Lightning Axe) are already on Arena. This will be an excellent early choice for Explorer until players start to learn the play patterns as they have in Pioneer.

Getting Started with Explorer

One of the premier Pioneer decks that loses the least in the transition to Arena is Rakdos Midrange. It’s a great starting point for any MTGA players looking to dip their toe into Explorer. Given the lack of combo decks at the launch of Explorer since Lotus Field, Mono Green Karn, and Jeskai Ascendancy are missing key pieces, Rakdos Midrange should let you play against the entirety of the format at launch.

A bonus of playing Rakdos Midrange off the bat is that there are several flavors of Rakdos all viable in Pioneer and I’d expect the same to be true in Explorer. So many of the rare wildcards used in the mana base and other staples like Thoughtseize will translate between various Rakdos decks.

Explorer may have specialized products to help enable collection building as new cards are introduced to the client, like through Historic Anthology 6. But there are no other announced Explorer specific supplemental products just yet.

Explorer does not have digital rebalances and instead bans cards that become problematic due to the card pool differences between Explorer and Pioneer.

Explorer is an eternal format that doesn’t rotate and instead only changes with the printing of new Standard sets or if cards are banned.

What Events and Play Modes Are There for Explorer?

Explorer is available in BO1 and BO3 matches for both ranked and unranked play, Constructed events, and specialty events like the Explorer Metagame Challenge.

How Will Cards Be Added to Explorer?

Cards will be added to Explorer in the same fashion as in Pioneer, through Standard set releases. There may be additional methods like Historic Anthologies to introduce cards to the client, but there won’t be digital-only cards added to Explorer as it approaches Pioneer’s base of cards.

What Will Happen to Explorer in the Future?

The long-term goal for Explorer is to retire the format once all the cards legal in Pioneer are on Arena, enabling it to become Pioneer. Explorer was created with the express purpose of being a temporary solution to bridge the gap between the current state of Arena and the future version of Arena with more cards fully integrated into the client.

With the announcement of the Explorer format we see the path laid out in front of us on how we’ll eventually reach Pioneer on MTGA. While there’s been debate since the original announcement if Pioneer would ever make its way to the digital platform, this should put those debates to rest.

Pioneer will eventually end up on MTGA and more players than ever will be able to experience a format I hold quite dear. While Explorer will certainly have some different decks and metagame considerations versus Pioneer, I think this will quickly become the reason I get back into Arena on a regular basis if the gameplay and customization is even remotely close to Pioneer.

What do you think of the Explorer format? What decks are you most excited to play week 1? Let me know in the comments down below or over on the Draftsim Twitter. And don’t forget to grab Arena Tutor before you foray into this new format. It’s free, helps you track your games and stats, and you can even work towards some fun achievements if you like having goals.

Thanks so much for reading and stay safe! 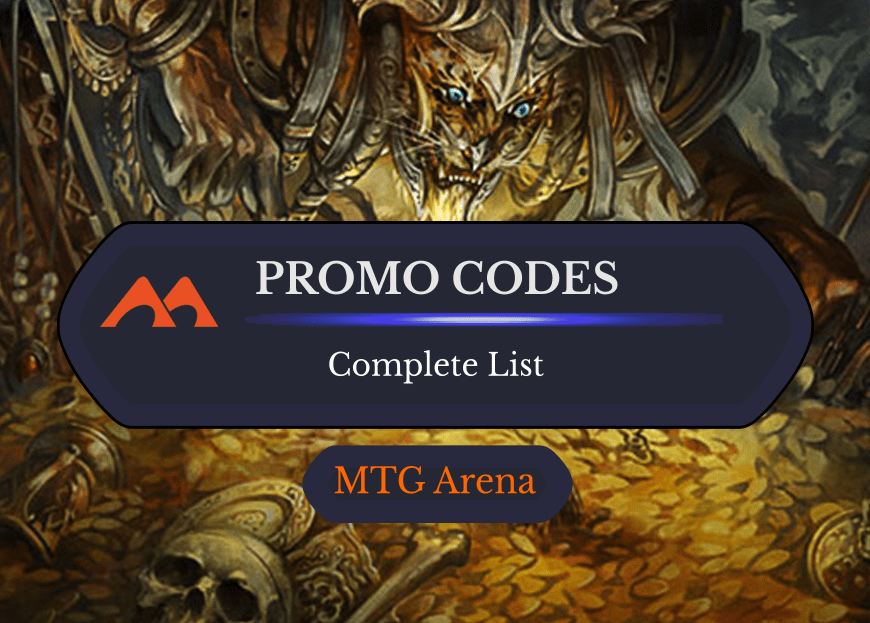