Every format has its red deck.

Mono red lost some valuable cards in Standard with the most recent rotation. Embercleave and Robber of the Rich (among others) will be missed by some and will feel like a breath of fresh air for others.

Midnight Hunt brought some red cards for players to brew around. Today I’ll be going over a deck that howls for an opportunity to shine in the new Standard.

The strategy here is simple, but don’t be fooled! There’s some depth to this mono red deck that goes beyond just striking your opponents. First let’s analyze all of its components.

This feels like a horror movie from the very beginning. The first creature of the deck is a vampire, Falkenrath Pit Fighter. This not-so-pleasant friend is the typical 2-power for creature that WotC usually puts in every Standard format. This one has a weird interaction against control decks since they’ll usually use their removal spells at the end of their turn and take damage after a hit if you don’t play anything pre-combat.

But you can 2-for-1 your opponent with Pit Fighter if they let that happen. You’ll be able to activate the vampire’s ability in response to removal. They need to tap out and kill your creature before combat to prevent that and now you’re free to resolve your other spells.

Speaking of other spells, the next creature takes advantage of any card that deals damage to any target. Flame Channeler is a vanilla 2/2 for that can grow into a 3/3. This is great since any burn spell will enable “extra draws” once this card is flipped, something that mono red decks usually struggle with. And with more than ten spells that deal damage to your opponents, you’ll never run out of gas.

The next creature on the list is a reckless one. Reckless Stormseeker acts as a 3/3 for creature with haste most of the time but it can also pump other attackers like Combat Professor did in Limited. It’s upgraded in that those creatures also get haste. If your opponent stumbles, they’re in for a world of trouble. This card’s backside not only gives +2/+0 to any creature but also adds trample on top of haste. A really scary puppy.

Bloodthirsty Adversary completes the horror movie theme and it’s terrifying when you have mana to spare. Remember all of those burn spells you run? Adversary can cast them for free from the graveyard while growing itself. But don’t be fooled! A 2/2 with haste represents big trouble for some decks, especially control.

The deck’s last creature isn’t scary, weirdly enough. Sunstreak Phoenix is a big bird for  that threatens to come back from the ashes if your opponent doesn’t play anything on their turn. You can also pass the turn and trigger its ability if it’s Day. But if it’s Night you can abuse your low curve to cast two cheap spells and revive it on your turn.

Frost Bite and Burning Hands play similar roles: kill early threats in the form of creatures and planeswalkers. Frost Bite goes up in value based on the number of snow permanents you control and exploiting its potential is an easy feat given that most of your mana base is snow permanents. Burning Hands is a meta call since green dominates the battlefield nowadays. Its inclusion can efficiently deal six damage to a green creature or planeswalker.

Light Up the Night is next on the list. This sorcery acts as a pseudo-Fireball effect that can target anything. You can use this to deliver finishing blows to your opponent or kill a 1-toughness creature for .

Play with Fire acts as a pseudo-Shock that can damage any target. And you get to scry if the target is your opponent.  Shatterskull Smashing can be used to remove cheap creatures in the early stages of the game or be played as a land if needed.

I can’t forget our honorable mention, Raze the Effigy. It’s not a burn spell but it can act as a combat trick to deal with your opponent’s blockers from time to time. Sometimes it can even kill pesky artifacts like Esika’s Chariot.

Snow-Covered Mountains make up most of your mana base to pump your Frost Bites and to activate Faceless Haven, which serves as your manland for the deck.

Speaking of manlands, two copies of Den of the Bugbear cuts the list as it pressures your opponent. It can also slowly snowball if left unchecked since it’ll start filling the battlefield with goblins.

Mono red decks are usually easy to maneuver. Even so, I’ll go over some plays and scenarios that you might face from time to time, just in case. Outside of these, this is a very straightforward deck that can put your opponents in trouble very fast and go wide if needed.

The current metagame is still yet to be discovered. Some decks already have already taken a significant part and I’ll analyze and approach the sideboard against them here.

Smoldering Egg can stop your early attackers but can easily be taken care of by any of your burn spells if your opponent blocks with it. The key here is surviving Izzet Control’s removal package. Sunstreak Phoenixes are very good at that not to mention that haste creatures create a problem for your opponent as they’re forced to tap out.

Post sideboard, trim some copies of your own removal since it’s mostly dead. You want to run specific answers like Thundering Rebuke and it’s always nice to steal a dragon with Mascot Interception. Roiling Vortex is also excellent in these matchups since Izzet doesn’t have a way to get rid of it.

Even though you run main deck answers for mono green aggro’s spells in the form of Burning Hands, this match could be difficult. Most of their creatures are bigger than yours. Combat tricks will determine this matchup, so keep that in mind and always try to have an answer for Blizzard Brawl.

The scariest card from this aggro deck is Esika’s Chariot. Save Raze the Effigy to deal with this artifact but don’t be afraid to use it in combat when needed.

Pithing Needle can be used to stop Chariot’s activations or Ranger Class level-ups but it’s not as reliable as killing their creatures with Thundering Rebuke. Mascot Interception can also change the game’s pace.

Selesnya ramp is a very similar matchup to mono green aggro. But most of their ramp is in creature form so your burn spells are essential to stop them from ramping into an early Storm the Festival. Bring Pithing Needle in to stop Esika’s Chariot and Wrenn and Seven activations.

This matchup can be in your favor if played correctly since your opponent’s creatures are relatively weak compared to the ones you run. Be aware that this is the deck that runs most of the board wipes like Blood on the Snow and The Meathook Massacre. Try not to fall into the trap of recklessly flooding the board. Arclight Phoenix is essential here since it’s very resilient to this kind of removal so make sure you’re keeping an eye on whether it’s Day or Night.

Another green deck with more planeswalkers than other builds. Arlinn, the Pack’s Hope acts as their additional copy of Esika’s Chariot with the benefit that it can’t get hit by Raze the Effigy. That being said, be careful with Day and Night activations since Night will benefit their deck most of the time. The plan to burn every creature on sight remains the same post sideboard.

Bring in Cinderclasm and sideboard out Falkenrath Pit Fighter against other aggro decks.

Your brawler vampire is good against most control decks but Raze the Effigy and Frost Bite loses tons of value here. The key is resolving Roiling Vortex on the field. Pithing Needle can come in if you see some planeswalkers.

Goldspan Dragon doesn’t get a spot in the deck because of the mana it requires. 5-drops are usually hard to resolve in aggro decks. I can still see this deck running one or two copies.

If you don’t like the 1-mana vampire, Fireblade Charger is another option. Not a better one, but maybe there’s something there paired with Reckless Stormseeker.

Spikefield Hazard is the perfect replacement if you want MDFC options other than Shatterskull Smashing.

I’m a big fan of Arni Brokenbrow and run one copy in any mono red deck. It delivers some heavy punches. It unfortunately has a hard time competing with Reckless Stormseeker.

Blade Historian is the card for you if you miss Embercleave. There’s also the plus that it pumps all your creatures and the drawback that your opponents can remove it more easily.

Zariel, Archduke of Avernus can prove annoying to deal with for control decks since they have to deal with the pesky devils it creates. And the fact that it gives haste and pumps your whole party.

Inferno of the Star Mounts

is a ton of mana to commit to but I can see Inferno of the Star Mounts in a 25-land deck. One copy of this legendary creature post-sideboard can’t hurt.

I hope this deck is something you like if you’re a fan of mono red. It can deliver some big punches thanks to Flame Channeler. I enjoy it because you rarely run out of gas.

What do you think? Do you like the deck? If you think it looks good and want to make some changes, please let me know in the comments. I’m very excited to get this one to a top-tier level. And don’t forget to grab Arena Tutor if you’re planning on testing it out in MTGA. You’ll love it. 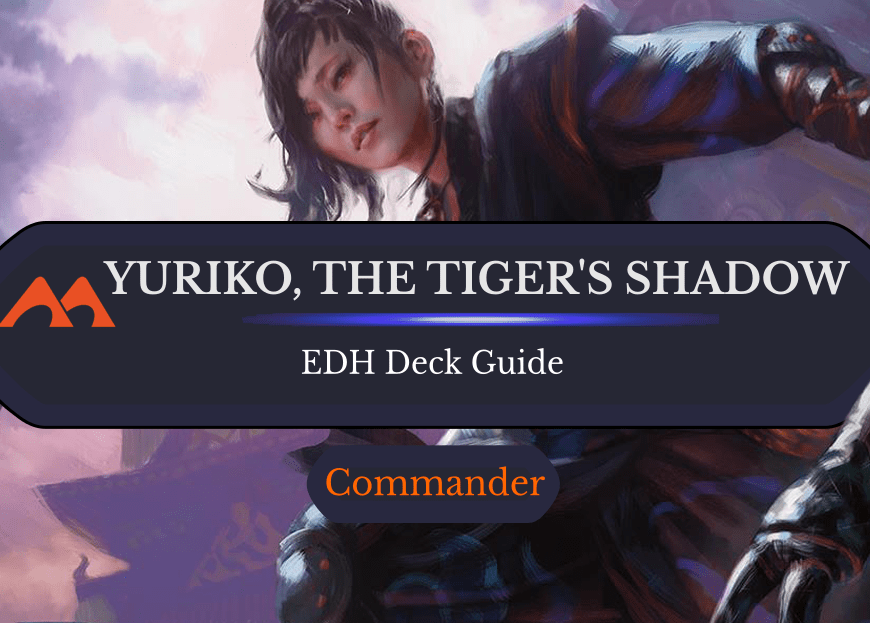 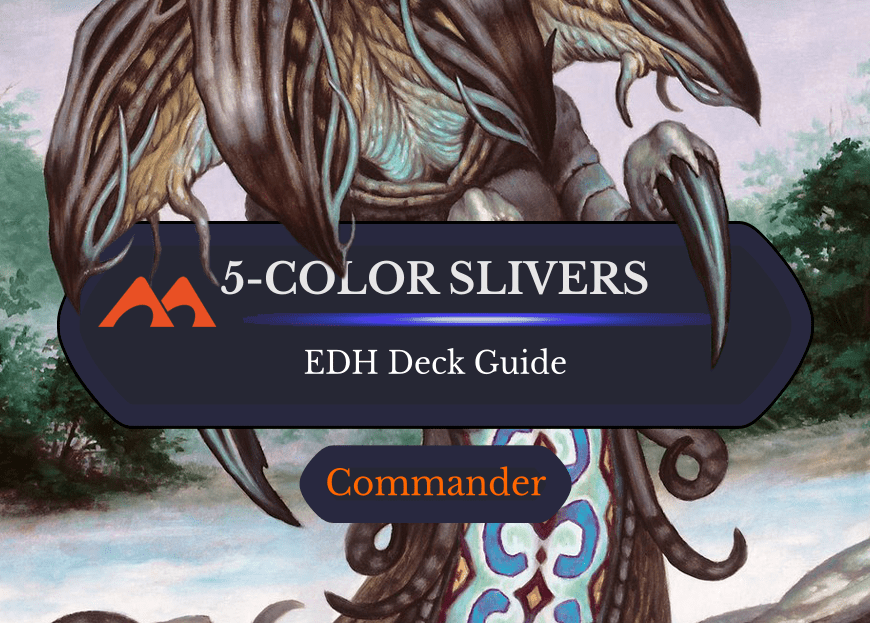