When I started playing Magic all I knew was Standard, as I’d imagine is the case for lots of other players. I sometimes watched some other players at my local game store playing cards that weren’t legal in the format and were pretty weird.

One of those cards was Solitary Confinement, which prevents you from dying but taxes you in the process. That card stood out because I didn’t understand why someone would play it in a deck at first. But then I saw it in action. It was awesome not because of what it did by itself but because of the deck that ran it.

Why am I bringing this up now? Well, as some of you may have already guessed, the deck that ran this card was Legacy Enchantress. In today’s guide I’ll be going over a deck that made the archetype viable in Historic thanks to Jumpstart: Historic Horizons.

But will Selesnya Enchantress be enough to battle against the rest of the meta? Let’s find out!

Your primary strategy is to flood the board with enchantments and establish a presence that’s hard to deal with along with card advantage and a “surprise” win condition.

This deck resembles its Legacy counterpart since it runs some of its staple cards like Sterling Grove and Enchantress’s Presence. But Historic’s version got some new toys from Modern Horizons 2. Let’s take a look at some of these cards.

The deck’s main new addition is Sythis, Harvest’s Hand. It acts as a card draw engine along with Enchantress’s Presence. Sure, its body may seem frail, but it’s tough to remove from the game if you play it correctly. Especially since your opponent may need to use its removal on other creatures, like this next one.

Destiny Spinner is your “surprise” win condition since to activate its ability may seem somewhat difficult. But your deck is filled with 35 total enchantments, so your opponent needs to think twice before letting Spinner stick on the battlefield. Especially if its partner in crime, Sanctum Weaver, hits the battlefield since it fills the role of generating the mana required to send angry lands to your opponent’s face very well.

A single copy of Setessan Champion fills your final creature slot. It kind of acts like your fifth copy of Sythis since the enchantments need to resolve before you get to draw a card. This minor drawback is compensated by two things.

First, you’re unlikely to face a deck packed with tons of counters (hopefully). The second and most important is that Champion can snowball and act as another win condition that takes over games if your opponent leaves it unchecked. It may seem like a “win more” card in some cases, but having another copy of your card draw engines doesn’t hurt.

The rest of your spells are a mix of enchantments that are either combo pieces or interaction spells. The one exception to this is Calix, Destiny’s Hand, whose primary role is to remove pesky targets from the game. It can also serve as a pseudo-enchantment tutor if it’s not dealt with.

Calix unfortunately hasn’t survived when I’ve played it, but it traded resources in my favor since it got rid of a threat while also removing another card from my opponent’s hand.

As far as interaction spells, Baffling End is your primary way to stop the beatings. In theory you shouldn’t worry too much since you’ll be taking over the game in the long run anyway, but you need to buy some time to get there. End perfectly fills that role.

Banishing Light and Calix’s second ability are your only other ways to deal with your opponent’s board, at least in game 1.

The Core of the Deck

Sterling Grove and Enchantress’s Presence are old friends that are very welcome in what would otherwise be a meta dominated by Izzet Phoenix and Cauldron Familiar/Witch’s Oven strategies.

The Grove protects all your other enchantments with shroud. This is particularly huge in Historic since it’s a format dominated by decks running Unholy Heat as their primary removal. There are only a handful of ways to get rid of enchantments with that card out of the equation and very few of them are being played.

Don’t worry about drawing multiple copies of Grove. It has another extraordinary ability that lets you put any other enchantment in your deck on top of your library. This enchantment is very likely your win condition most of the time.

How to get there is a whole other question. I’ve already mentioned cards like Setessan Champion and Sythis, Harvest’s Hand whose main role is to facilitate it by drawing you multiple cards in a row. But the deck’s other core card, Enchantress’s Presence, doesn’t need protection from creature removal. While it’s a bit more expensive than Sythis, it’s one of the main reasons why the Legacy version of this deck was so dominant for a while. It’s no exception for the Historic version.

The game is almost over if you get to resolve a couple of them.

Win Condition and Other Spells

I’ve been referring to Destiny Spinner as the surprise win condition so far. You may be wondering, “what’s the actual win condition then? That card seems solid enough, right?”

And it is, but the card that terrorized older formats is Sigil of the Empty Throne. This card’s ability to take over games is almost legendary. Two of them are enough since you run about four other copies in the form of Sterling Grove, at least in theory.

It usually means game over for your opponent if you manage to play it on turn 4. Wolfwillow Haven helps Sanctum Weaver in the ramping duty to achieve this.

As for the last non-land slot of the deck, you have a single copy of Rest in Peace for the graveyard-based strategies in the meta.

There are a few interactions and sequencing you need to follow to get the most of this deck. Some of them are intuitive, and some are not. I’ll go over the ones I’ve been running into the most for you here:

Historic is currently a work-in-progress format, meaning today’s top decks may not be tomorrow’s top dogs. But there are always a couple that are more popular than others, so I’ll cover those here. But first, let’s look at your sideboard choices.

Rest in Peace is a must against graveyard-based strategies. You’ve got two more copies post-sideboard.

Wrath of God & Day of Judgment

Wrath of God and Day of Judgment are almost identical, and they’re necessary against hyper-aggressive strategies and tribal matchups.

Archon of Sun’s Grace can be a great tool against aggro decks and win conditions after stabilizing the board. One lifelink flyer is already bad, but a flyer that can make more of its kind is worse. Did I mention it also gives lifelink to its pegasus partners?

Shifting Ceratops comes in handy in control matchups running blue since it can surprise your opponent and threaten a short clock.

Think of Seal Away as your fifth/versatile copy of Baffling End.

This matchup depends on how your opponent leads. If they go with a relatively slow start, it’s going to be very hard for you to lose. But if it starts with a curve of Esper Sentinel, Thalia, Guardian of Thraben, and Ranger-Captain of Eos, you’ll have trouble for days. Prioritize developing your non-creatures before any of them hit the field to get around it. You’ll want to build a huge mana base with your ramp spells if they do land.

The way you win this is by making one-punch-man attacks with your lands thanks to Destiny Spinner. That’s the most common way, but you’ll sometimes steal a game by casting Sigil of the Empty Throne. Don’t let too many turns pass since a timely Collected Company will turn the game around.

Post-sideboard you have access to your anti-aggro package. Your worse cards are the ones that are otherwise fillers like Calix, Destiny’s Hand and Rest in Peace.

Your opponent will try to pull off their one-trick-pony moves, which consists of discarding their hand and playing multiple phoenixes from the graveyard. Your best card here is Sterling Grove for two reasons: it protects your creatures from Unholy Heat, and it tutors your Rest in Peace.

Post-sideboard you want to bring more copies of Rest in Peace. You’ll be good to go as soon as you resolve one. Note that they’ll switch from a combo standpoint to try and hard cast their Arclight Phoenix. You also want to bring in your flying cavalry to deal with that.

Jund Sacrifice is a weird matchup depending on the version your opponent’s running. If they plan to use the Citadel version, the board wipes may be better than the version running Korvold, Fae-Cursed King and Trail of Crumbs. On the other hand, those colors usually have a way to deal with bulky flyers, which means that Archon of Sun’s Grace is one of your best cards against them again.

If you face the Citadel version, swap a Calix, Destiny’s Hand and a Rest in Peace for two Wrath of Gods.

These kinds of decks want to go wide fast, and your best bet is to bring in your board wipes and trusty pegasus.

These are slow matches that will be decided by a resolved Teferi or Magma Opus. Your best bet is to resolve Sigil of the Empty Throne and start building an oppressive enough board state to make Jeskai Control concede. Card advantage is a must to win this matchup, so you’ll need to protect them and play them carefully.

Post-sideboard you want to replace your dead removal with cards that give you the upper hand like Elspeth Conquers Death and Shifting Ceratops.

As weird as it may sound, this deck is very customizable depending on the meta. Be aware that you may need to end up cutting some of your niche cards like Calix, Destiny’s Hand or Rest in Peace or pieces of your core to add some of these cards.

Nine Lives and Solemnity have been seen in versions of this deck, but I decided to run a smoother version that didn’t require building a Voltron to beat aggro. I also didn’t want to have dead cards in control matchups.

Authority of the Consuls

Authority of the Consuls, on the other hand, barely didn’t made the cut. It’s great against some decks that abuse haste, especially goblins.

Gideon’s Intervention was designed to beat combos, and its mainly here to hate on decks that rely on them to win. Suppose your meta is filled with Indomitable Creativity strategies, Jund Citadel, or Magma Opus. You should consider running a couple copies of this in your 15.

This deck is an underdog in the format and can be used to quickly climb the ladder below Mythic tiers. Its Legacy counterpart may not be as famous anymore, but Historic is an excellent place for this strategy to shine.

What do you think? Will you be trying it out on Arena anytime soon? If so, make sure you’re using Arena Tutor to track your games and improve your gameplay in general! 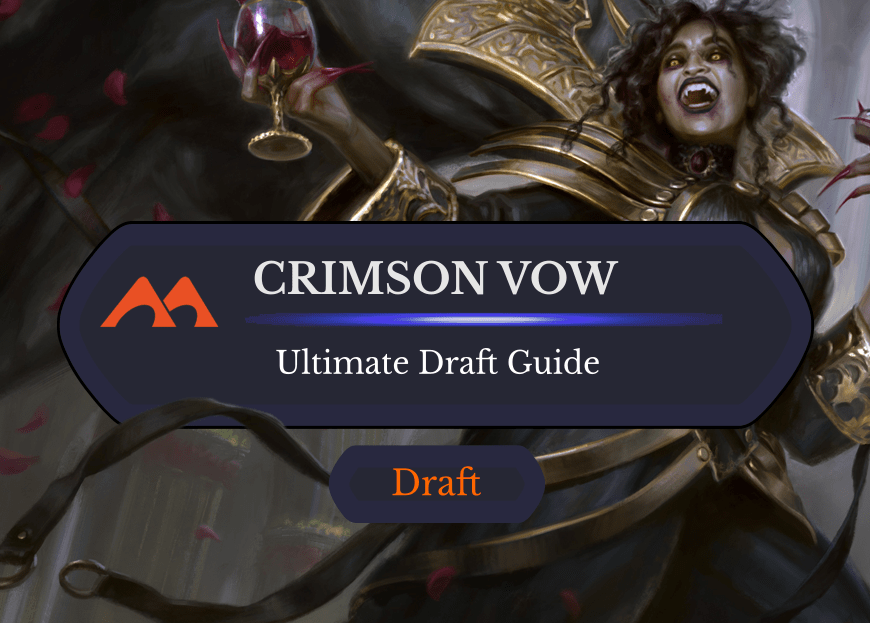 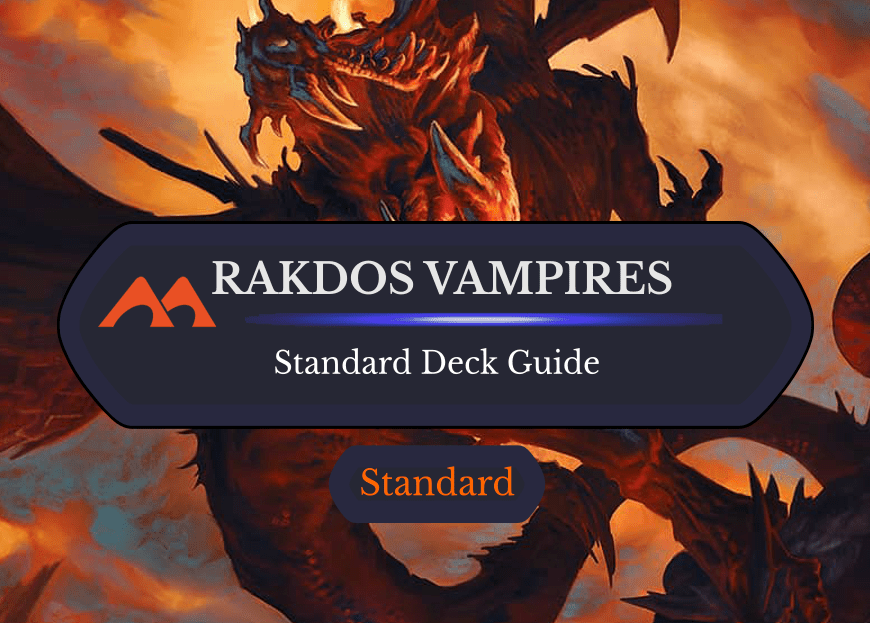