Today we’re going to focus on Historic, Arena’s exclusive format that was recently featured in the Magic eSports world with the Strixhaven Championship. The event was highly dominated by Jeskai combo decks, unsurprisingly. Unfortunately, this prompted WotC to ban Time Warp in the format.

Time will tell if this ban is enough to curb the deck’s domination or if other cards need to be banned as well. I’m looking at you Brainstorm!

But for now, let’s take a look at a Jeskai deck and how you can play it for yourself.

The deck we’re going to be looking at today is Seth Manfield’s Jeskai Control list:

This is a classic control deck. Card advantage and responding to your opponent’s threats are key. The main goal is to interact in the early turns with cheap removal, sweepers, and card advantage to deal with whatever your opponent plays until you finally stabilized the game in your favor.

After controlling these early turns, you take the game down with either a bunch of flying sharks or Teferi, Hero of Dominaria. Teferi shines in this kind of deck as this planeswalker does it all: removes your opponent’s biggest threat, gives you incremental card advantage, and wins the game with its ultimate ability.

Expressive Iteration is rapidly becoming a big staple. It’s a clean 2/1 being played on turn 3 with a little bit of card selection, which is always nice to have.

Narset, Parter of Veils is simply one of the best planeswalkers ever printed. It’s making waves in every single format. Narset’s passive ability shuts down some decks (cycling) while being a nightmare against others (auras, control decks).

Brainstorm doesn’t provide advantage on its own, but it will rarely be played if you don’t have a Fabled Passage or another way to shuffle your library. One of the best spells in the game and it’s an easy addition for almost any blue deck in Historic. Its dominance in the format is clear.

These aren’t the only card advantage tools in the deck, but we’ll get to Shark Typhoon and Teferi a bit further down.

Lightning Helix is your weapon of choice to deal with the various early creatures your opponents may play. The life boost is very important to keep you alive in the early turns against aggro decks. Of course, this card will be the worst one in our deck when facing mirror and combo matchups.

Dovin’s Veto and Memory Lapse make up the counterspell suite of the deck. Both are incredibly good when trying to keep Teferi in play after using its +1. Some might think the Veto is a dead card in a lot of matchups, but you always have something interesting to counter (e.g., Atarka’s Command, Embercleave, Collected Company, The Great Henge, etc.), making it a good main deck option.

Wrath of God. What to say about one of the greatest sweepers of the game? You’ll be dying to draw a copy when playing against aggro decks while it’s a mindless cut when sideboarding against control and combo.

Teferi, Hero of Dominaria is this deck’s key card. If you can survive the first five turns of the game with some cheap interaction and then slam Teferi protected by at least one counterspell, it’ll be one of the main signs that victory is approaching. Of course, untapping with a Teferi in play will snowball most games out of control.

Shark Typhoon is your alternative wincon. It’s got great versatility and serves you well in the early turns by creating some chump-blockers. You can also hard cast it as an enchantment to create a shark army in short order.

These cards could be completely deleted from the deck depending on the current metagame. But with so many ways to manipulate your library and draw cards, it’s a good idea to have access to some “silver bullets” that can win the game against certain archetypes. These are also going to be the easiest cuts when sideboarding against the wrong decks.

Prismari Command is a very flexible card that you’re almost always happy to draw. It can ramp you to one-turn-ahead-of-schedule Teferi while killing a creature or looting away two cards while destroying some annoying artifacts.

Rest in Peace is the best possible card you can draw when facing graveyard strategies like Jund sacrifice, Izzet phoenix, and those Izzet/Temur combo decks that use Mizzix’s Mastery. A clear example of a card that played on time could win you game 1 if you time it right.

Aether Gust has been seeing a ton of play since its release. It buys you a lot of time as a great tempo card. It also has a lot of good targets in the current meta.

Gideon of the Trials is another way to win since it can be used as a creature. This card is important against the various aura decks, mainly Azorius. Trials can annul a single gigantic creature with the +1 ability. Another useful aspect is that it forces your opponent to put more creatures into play, making an eventual Wrath of God that much more hurtful.

Anger of the Gods is the third sweeper of the deck. It’s especially devastating if you can kill some Arclight Phoenixes or Scrapheap Scroungers. Yes, mono black aggro is still a thing!

I’ve got a bunch of tricks and important interactions for you here. The majority of these are pretty obvious plays, although also easy to forget. So pay attention and try to keep them in mind when you run this build.

Since Time Warp’s ban, Izzet phoenix has rapidly become the most played deck in the format. It’s important to plan for these matchups as you’re going to run into them a lot.

You’ll be an underdog in game 1, but it’s not a lost cause. Especially if you find your single copy of Rest in Peace or Anger of the Gods. From game 2 on, you get more ways to interact with both your opponent’s graveyard and creatures by cutting your counterspells because they’ll be mediocre here.

The metagame isn’t 100% defined yet, so we don’t how popular Jeskai control is going to get, but it’ll probably be between the top 5 decks for a while. So you have to prep for some possible mirror matches.

Un-counter-able spells come out of the sideboard and creature removal spells are sided out to make room. It’s important to hit your land drops so that you can multi-spell as soon as possible and win the “counter wars.” There are a lot of very interesting subgames in the mirror match, like who resolves a Narset or who creates the biggest flying shark.

Another card that could be interesting here is Nezahal, Primal Tide. It’s already seeing some play in Izzet/Temur combo decks.

Indomitable Creativity decks aren’t dead like Matias Leveratto predicted it would be. The deck has actually been making waves in the ladder. The ability to combo out as early as turn 5 and its resilience after sideboarding (be aware of Nezahal, Primal Tide  and Commence the Endgame) makes this deck an interesting opponent.

This isn’t an easy matchup. The goal is to use early removal to keep their creatures in check and try to stick an early Teferi to get rid of big threats with its -3. From that point, try to get ahead with card advantage.

Indestructible creatures like Adanto Vanguard are a nightmare, which is why you want to side two copies of Baffling End in. Azorius auras is getting some momentum after their victory in the Historic Open so you need to prepared for this matchup.

The current Historic meta is pretty wide. A few other decks to keep an eye out for are Niv Mizzet midrange, mono black aggro, Selesnya CoCo, Jund food, and Gruul aggro.

To give you a general idea of how to sideboard some of these:

If you want to get better at the general principles of sideboarding, check out this class.

This deck is challenging to play with. It demands a deep knowledge of the format but it’s also definitively very fun. I wouldn’t play it to try and climb the ladder since the games tend to go long, but this is your deck if you’re looking for something adaptable that can hold its own against a good portion of Historic’s current meta.

The metagame is still shifting, and I think Jeskai control is going to be a solid choice for the foreseeable future. But we’ll have to wait and see what D&D Adventures bring us in mid-July and if the deck is still playable then.

If you really want to get better as a control player, I recommend checking out Spikes Academy’s course on the topic. It goes in depth into control gameplay, metagaming, and matchup strategy.

I hope you enjoyed the deck guide for today. Feel free to leave a comment down below if you have any questions or suggestions for a deck guide you want us to cover. If you’re looking to improve your MTGA game with statistics and insights, don’t forget to check out Arena Tutor.

I hope you’re having a good day, and I’ll see you around! 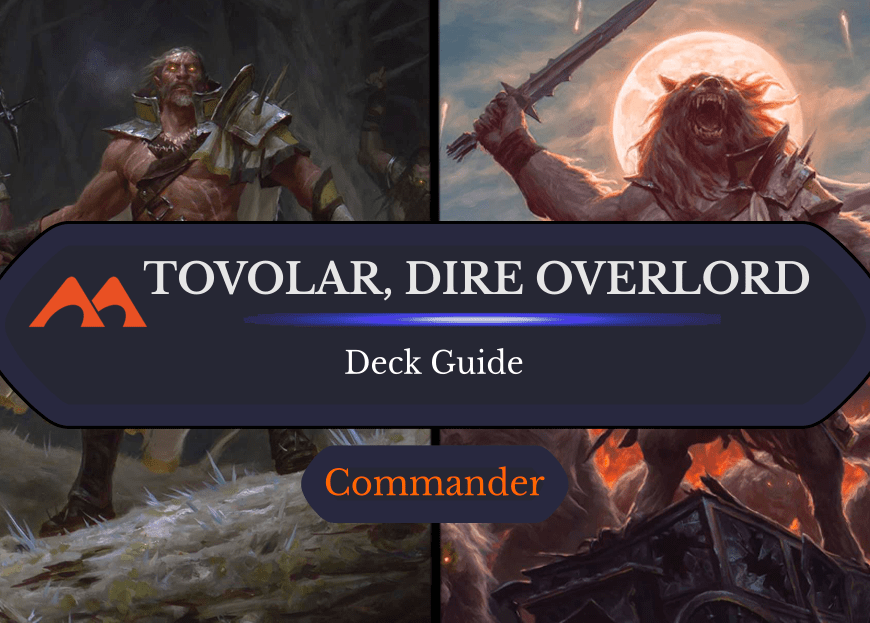 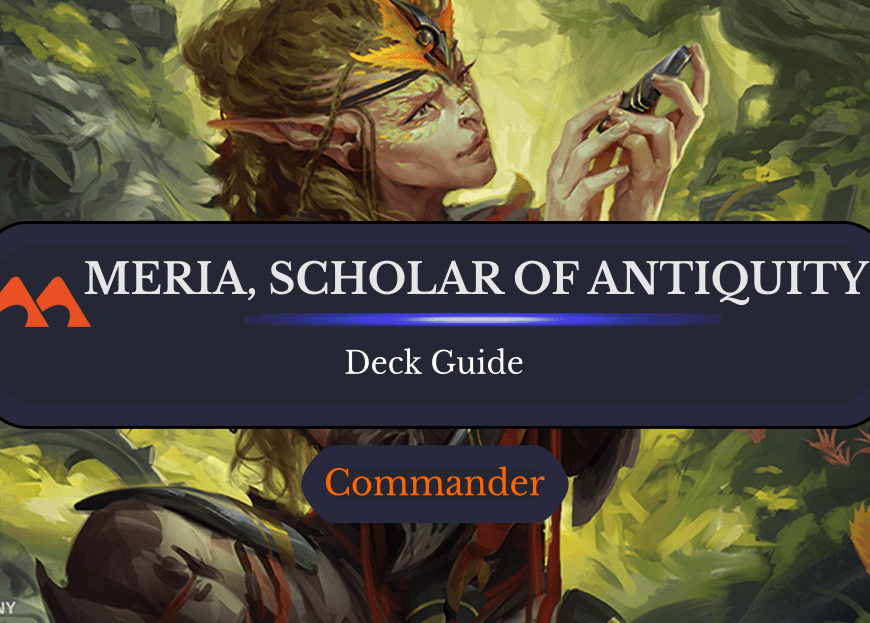