The Ultimate Guide to Tiny Leaders

Commander is a beloved format for many casual and competitive players worldwide. They can share their experiences and playstyles with others using their favorite strategies.

The first commander I wanted to build with was Thalia, Guardian of Thraben. I’d liked it since my constructed days and didn’t want to spend tons of money on other commanders that needed more colors. Still, I quickly learned one sad truth about Thalia: it’s a 1v1 commander, not a multiplayer one. I had to switch from Thalia to Elesh Norn, Grand Cenobite since it was more suited for the field.

But I still didn’t want to drop Thalia and kept using it in 1v1 games. WotC eventually introduced another way to play with your commanders. While it’s more restrictive, it’s also funnier in some ways. You know what that way to play is?

Let’s dig in and discover all the secrets of Tiny Leaders!

What is Tiny Leaders?

Tiny Leaders is a format with the main premise that it’s a copy of Commander, with a few differences:

This format was created and is currently run by Matthew Turnbull, a level 2 judge, and Steven Hamonic.

Who is Tiny Leaders For?

This is a format aimed at players that prefer 1v1 but also like the Commander mechanics around generals. Tiny Leaders is also famous for limiting your pool to only cards with three mana value or less. Players will experience a fairer play environment, and it’s ideal for players looking for deckbuilding challenges.

Tiny Leaders is also known as an aggro format and decks tend to end a bit faster than regular 1v1 Commander games.

As far as set legality, Tiny Leaders is an eternal format. This means every 3-mana value card that’s been printed can be played, aside from banned cards of course. I’ll go over that in a few.

Can Planeswalkers be Tiny Leaders?

Yes, planeswalkers can be your commander in Tiny Leaders. In fact, one of the most dominating decks out there has Dakkon, Shadow Slayer as one of its commanders.

On top of this, some cards aren’t banned from the main deck or sideboard but they are banned from being your commander. Those cards are:

What Happened to Tiny Leaders? Is it Dead?

While Tiny Leaders isn’t supported by WotC as a sanctioned format, it’s still not dead. There are a lot of communities and local game stores that still run tournaments and games pretty regularly.

The format didn’t stick because it was easy to resolve with the limited card pool available. Players quickly realized which were the best decks and most were sick of being beaten all the time by Geist of Saint Traft other oppressive strategies.

Another complaint was that Tiny Leaders was announced with such hype that players just decided to drop it as soon as they realized that regular changes weren’t happening. There were also no support sets with the format’s release or any announcements that any were coming. Some players saw Tiny Leaders as a forced format.

Finally, the format was heavily compared to EDH, and players just re-migrated to EDH after realizing all of the issues mentioned.

Where to Play Tiny Leaders

Tiny Leaders used to be available on Magic Online, but WotC removed it when they decided not to support the format anymore. With that in mind, the only options to play Tiny Leaders now are your own kitchen table or LGS games and online. Let’s go over some of your options if you decide to play online.

The first two options have something in common: you have to manually tap and play your cards and phases while the latter is the closest thing to actually playing with others without being in the same room.

Untap.in is an online simulator where you can create decks for free and playtest with other players.

Another online simulator, you can use Cockatrice to create your Tiny Leaders decks and playtest with others. Cockatrice also runs tournaments that are regularly announced on their official Discord server.

SpellTable allows you to virtually play with other players using physical cards. You need a camera to capture your cards and field.

Starting strong with a very aggressive deck you have this Rakdos () list with none other than Kroxa, Titan of Death’s Hunger as its commander. The build is packed with multiple cheap spells (even for tiny leaders) with a good mix of aggressive early drops, removal, and hand-hate.

If you’re familiar with the Historic Rakdos Arcanist deck and enjoyed playing it, you’ll have tons of fun with this list.

Remember when I told you that Tiny Leaders is an aggressive format? I wasn’t joking and you’ll see exactly when I mean after looking at Kroxa’s build. But this deck is one of the few control strategies in the format. Leovold, Emissary of Trest provides tons of value in this list, particularly with its fair share of spot removal.

Omen of the Sea

I couldn’t go over Tiny Leaders decks without featuring the one with a planeswalker as its commander. Not to mention that this color combination is probably the most powerful.

There are times when this list can run smoothly without even casting Dakkon, Shadow Slayer, but that doesn’t mean it isn’t a powerhouse on its own once it resolves.

Getting Started with Tiny Leaders

One of the best ways to get into Tiny Leaders is to start by choosing a mono-colored commander like Thalia, Guardian of Thraben and building around it. You don’t need to spend tons of money on your deck and there are plenty of aggro creatures in all colors that you can choose from. Starting aggressive is the best way to approach this format.

Get your hands on precons featuring Daxos the Returned like Call the Sprits. Not only will it give you a playable commander for the format, you also get some Commander staples like Phyrexian Arena that you can use in Tiny Leaders.

You should prioritize artifacts since they can be run in any deck. Sensei’s Divining Top is the first one that comes to mind. It’s a great example of a good card that can fit into any deck, even if it’s a bit expensive.

Remember that sideboards are also a thing in Tiny Leaders, and some decks fall apart with a single Pithing Needle post-sideboard, like those using planeswalkers as their commanders. You should get your hands on cards like this.

Finally, get some cantrips and cheap removal that see play in more than one deck like Lightning Bolt and Brainstorm.

Land counts in Tiny Leaders can be tricky. It depends on whether your deck is a control or aggressive strategy.

An aggressive deck with mostly 1- and 2-drops can run reasonably well with 16 lands at a minimum. A midrange deck usually uses 18 lands since its density of 2- and 3-drops is higher. A control deck with multiple X cost spells tend to use at least 20 lands along with mana rocks.

What is Pauper Tiny Leaders?

Pauper Tiny Leaders is another way to play the format. As its name suggests, it only consists of cards that have a common rarity aside from your commander.

Your commander can be of any rarity, or it might be limited to uncommon depending on your playgroup.

Let’s go over the main communities and resources you want if you’re looking to get your hands dirty in the format. Not only can you look for brews and inspiration, some of these groups also schedule play sessions and start discussions about the format.

Tiny Leaders is a fun format that puts your deckbuilding skills to the test by limiting your card pool. The format allows for faster gameplay, and it’s because of that that I enjoyed playing and writing about it. There are definitely some oppressive strategies like Geist of Saint Traft, but even the mighty cleric has fallen from grace nowadays and players have learned to deal with it.

What do you think? Has this format caught your attention? Are you ready to start brewing? Let us know in the comments down below or head over to the official Draftsim Discord. 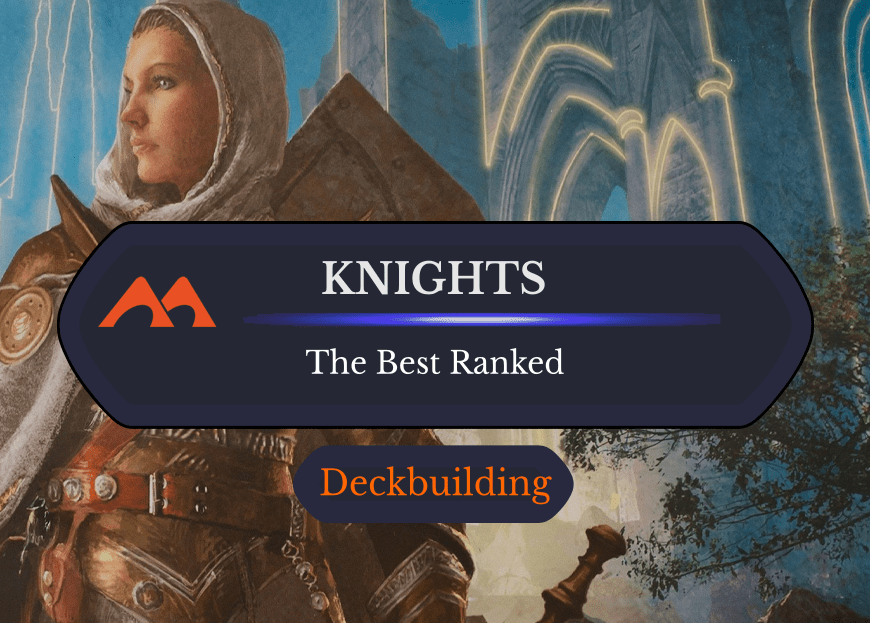 The 44 Best Knights in Magic 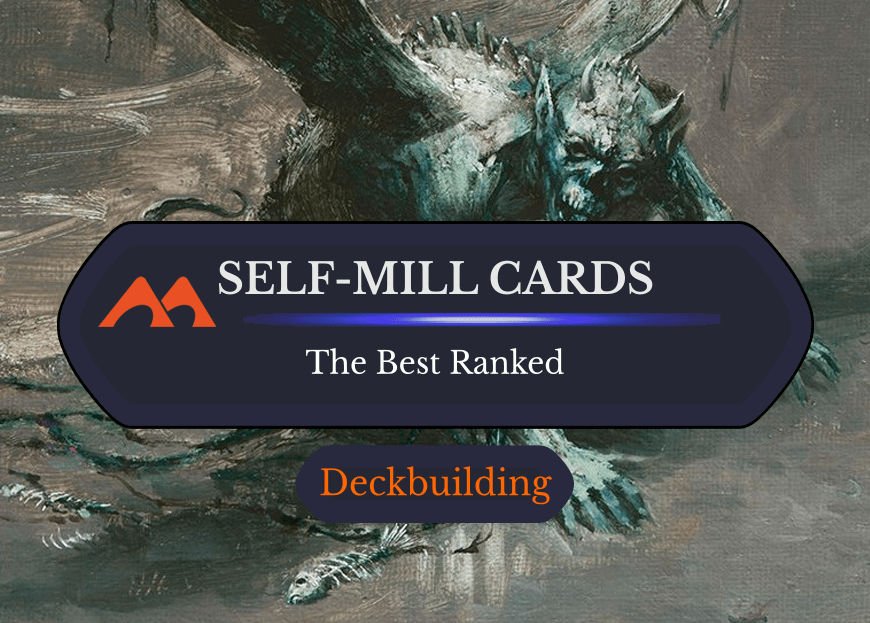 The 98 Best Self-Mill Cards in Magic