HomeCommander15 New Commander Decks to Try Out Next...

It’s safe to say that Commander has absolutely exploded in recent years: it’s now the most popular format by a long shot! The sets released in the last year (even the last few sets alone) have featured some incredible legendary creatures. Sadly, not all of them have received the attention they deserve.

I’ve combed the cards to select 15 commanders from last half-dozen sets or so that I think are worthy of your attention. Some you may know, while others may be strangers. Why are these commanders so good, and which cards and strategies do they work best with?

I’ve absolutely fallen in love with Giada, Font of Hope, a new commander from Streets of New Capenna. It’s quite honestly one of the most powerful angel commanders ever printed. It’s cheap, provides incredible value, and makes your creatures progressively bigger.

It’s great for plenty of reasons, and it may even be the best 2-drop that angel decks have. It synergizes well and even provides excellent mana through its activated ability to pull you ahead of the curve. Angels are already surprisingly powerful on-curve, but you can maximize your advantage by getting them into play a turn early.

Florian, Voldaren Scion is one of the most powerful commanders from Midnight Hunt. It’s not the most recent set, but there are a few big commanders from it that I think are incredibly overlooked.

Florian is one of those, and this card is capable of far more card advantage than you could possibly imagine. It lets you play one card from the top X of your library in the post-combat main phase, where X is the total life your opponents lost that turn.

The right aggressive Rakdos () deck can let you choose from 10 to 15 cards to find the right interaction for just about any interaction.

If werewolves are your thing, you’re (fashionably) late on Tovolar, Dire Overlord. This human werewolf brings a fresh face to the werewolf tribal genre and provides incredible card advantage and power through the flipside’s activated ability. The ability that generates power and trample is an excellent infinite mana outlet to fuel an incredible infinite power attack against your opponents.

This strategy is so strong because there’s plenty of tribal support in Commander. Just one or two among Herald’s Horn, Vanquisher’s Banner, Door of Destinies, or Coat of Arms can transform the game and make your army of 2/2 or 3/3 werewolves into complete monsters. Not that they weren’t already…

Slogurk, the Overslime is a new ooze commander from Midnight Hunt that’s quickly become a seriously competitive lands commander. It grows as lands go into your graveyard and lets you return lands to hand from the graveyard when it dies.

It’s sort of like the ultimate Life from the Loam commander, which makes for a predominantly green version of a Simic () deck.

Kamigawa: Neon Dynasty was one of the greatest set releases in a while, and it certainly didn’t disappoint with its crop of great new commanders. Satoru Umezawa is an incredible creature that gives all your creatures ninjutsu for , so some powerful Eldrazi will be attacking on turn 4. You know, on curve.

It’s a fun and explosive strategy that’s on par with Yuriko, the Tiger’s Shadow. The only real issue is the inconsistency. You need Satoru, a powerful creature worth ninjutsu’ing, and a cheap unblockable attacker to hit. You also need four mana, so your fourth land or a turn 2 mana rock.

You’ve got one of the most powerful starts you can have if you can assemble those pieces.

Kess, Dissident Mage is another new commander from the Streets of New Capenna Commander decks, and I’m truly a fan of this one. It’s a Grixis () spellslinger commander that lets you basically flashback one instant or sorcery from your graveyard each turn.

This is good old fashioned spellslinging. There’s nothing too crazy going on, just easy to access value that helps you garner card and value advantage throughout the midgame and pull ahead into the late game. If you’re a fan of Izzet () in general, or even just of Snapcaster Mage, you gotta give this one a spin.

Ivy, Gleeful Spellthief is a new Simic commander from Dominaria United that’s drawn a lot of attention since it was spoiled. It essentially copies your single-target spells that target a creature other than itself. That’s extreme Simic value unlike anything seen before.

It makes for an excellent aura-based deck. You can start to buff up another body like Artisan of Forms, and your commander can become nearly unstoppable. It doubles your value, forces your opponents to be selective when removing threats, and greatly increases the consistency of assembling an incredible Voltron creature.

I expect this to be a super fun strategy once you get going, and Ivy, Gleeful Spellthief only costs !

[cad]Captain N’ghathrod[/card] is one of the newer commanders from Commander Legends: Battle for Baldur’s Gate. It’s a Dimir () horror commander that lets you mill your opponents, and lets you bring milled permanents onto the battlefield under your control for free.

Few cards let you steal from your opponent and play your plunder in the same turn, not to mention for free. That’s what makes N’gathrod so good, so you can get away with the incredibly large mana curve of high mana value horrors by swiping free cards in the midgame. It makes for a pleasant slow roll strategy with massive payoffs going into the endgame.

It’s not too often that an excellent commander comes from a preconstructed Commander deck, but Wilhelt, the Rotcleaver is one of the best around. It’s one of the most fun and powerful zombie creatures in the game, and it was the first card to take the throne from The Scarab God.

Wilhelt turns your otherwise cannon-fodder zombies into card advantage, so you can scour your deck for the best cards for any given situation. It also capitalizes on the many decayed cards from the recent Innistrad block, which were balanced with the decayed downside in mind. A lot of those cards become incredibly strong and highly synergistic in this deck.

Isshin, Two Heavens as One | Illustration by Ryan Pancoast

Isshin, Two Heavens as One

Isshin, Two Heavens as One is another new commander from Neon Dynasty that absolutely popped off. It recently became one of the top 15 commanders ever, and it’s an incredible tribal commander for samurai.

Extra triggers are an incredibly underrated ability, and Isshin makes otherwise mediocre cards like Asari Captain and Heiko Yamazaki, the General into god-tier mid-game cards. This deck creates interaction out of basically nothing, making for a fast-paced playstyle that keeps you busy with powerful and often game-deciding triggers.

Shorikai, Genesis Engine is a new commander from Kamigawa: Neon Dynasty Commander. If you haven’t played around with this card, you must be living under a rock.

Shorikai is the ultimate vehicle card, sporting 8/8 combat stats on four mana, but the real kicker is its ability. Pay mana and tap it and you can create a Vehicle token and generate some card advantage.

Blue loves drawing cards to access removal and threats, and this activated ability also helps the deck interact with the board. This is some of the best Azorius () value on a commander, so it’s no surprise that Shorikai has recently become the most popular Azorius commander.

I’m a big fan of reanimator decks, and Moira, Urborg Haunt is no exception. These decks are so fun when they work well. You can’t help feel great when you get an absolutely incredible hand that you know spells your opponents’ doom.

Moira reanimates a creature whenever it deals combat damage to a player, but only if that creature entered the graveyard from the battlefield on the same turn. It’s pretty niche, but it’s easy to trigger given the plethora of sacrifice outlets in Commander.

Shanid, Sleeper’s Scourge is another new legendary from Dominaria United. It’s a Mardu () legends commander, and it gives your other legendary creatures menace and generates card advantage when you cast a legendary spell or play a legendary land.

Legends is such a fun strategy since it’s basically a Commander-exclusive theme. No need to worry about the legendary rule with the Singleton rule for deckbuilding, and you’ve got access to far more legendary cards than you need for a complete deck. You don’t even have to resort to playing otherwise unplayable cards.

Shanna, Purifying Blade is a new legendary from Dominaria United that I’m quite excited to play around with. It’s a Bant () lifegain commander that turns lifegain into card advantage, like Oloro, Ageless Ascetic. This probably won’t be the new Oloro, but I’m happy to see that style of lifegain control coming to Bant rather than being an exclusive Esper () feature.

Being in green allows you to take advantage of a lot of cards that you’d otherwise miss out on with Oloro, like Accomplished Alchemist, Lathiel, the Bounteous Dawn, and all the sweet green ramp.

Raffine, Scheming Seer has been one of my new top commanders since its debut in New Capenna. It’s also become a renowned favorite in Esper, being the 7th ranked most popular commander deck in those colors.

Raffine can anchor so many strategies, but I like this reanimator list. Your commander is a great discard outlet that simultaneously lets you dig for your reanimation spells or other interaction. It’s a smoother, more consistent experience, which isn’t always so easy to get with reanimator decks.

Battle for Baldur’s Gate also brought some new toys for this list, like Archivist of Oghma, Ancient Silver Dragon, and Ancient Gold Dragon. All these dragons are certified bangers, and great reanimation targets at that!

All of these commanders are worth a try, and I’ve enjoyed putting this list together. If you’ve got most of the cards already, all the better!

What do you think of the commanders? Which ones have you encountered so far? Which ones are you looking forward to trying out? Let me know in the comments below or over in the official Draftsim Discord. 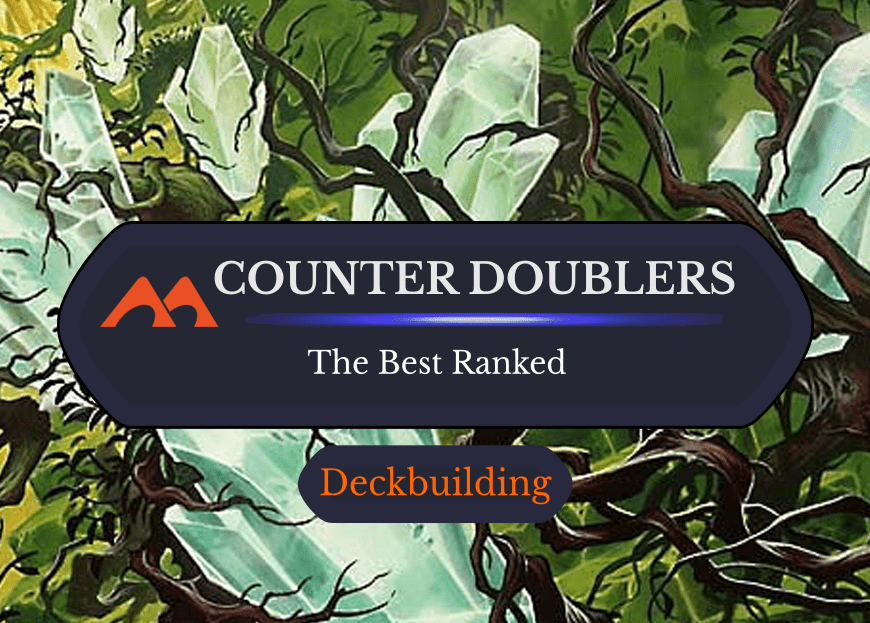