Abilities have come and gone through Magic’s long history. Some have stuck around for decades and will probably stay for decades to come, while others have quickly fallen by the wayside for being boring, weak, or overcomplicated. There have even been a few outliers that were so good on the few cards that had them that they haven’t come back again.

The provoke ability is exactly that. Provoke is a keyword ability on creatures can have that allows them to force other creatures to block them, even going so far as to untap them to give you a wider range of options.

How did provoke work, what were its restrictions, and what cards was it on? Let’s find out!

How Does Provoke Work?

All in all, it does exactly what provoke means as a word, so it’s a very intuitive mechanic. It has some great synergies with combat tricks and can help force an opponent to block with a weak creature to get it off the board. It’s incredibly powerful and is a very rare mechanic present only on a handful of cards.

The History of Provoke in MTG

Provoke first appeared on 9 cards from Legions which released way back in 2003. Its power level and rarity results in its rating of 9 on the Storm Scale, and its most recent appearance was on Krosan Vorine and Deftblade Elite as reprints in Vintage Masters, a Magic Online-only set released in 2014.

As for whether provoke will return, Mark Rosewater said on his blog that it wasn’t likely:

How Does Provoke Work on Untapped Creatures?

Provoke still works on untapped creatures, though it also untaps them in the process. The only targeting restriction on the card is that it must be a creature that the defending player controls, so an untapped creature is still a legal target and works just fine.

What if a Creature Has Multiple Instances of Provoke?

If a creature has multiple instances of provoke, each trigger occurs separately as they’re put on the stack.

What if the Provoked Creature Can’t Block?

Do You Have to Force the Creature to Block with Provoke?

Provoke is a “may” ability, which means that you can elect to not target a creature whatsoever.

What if a Creature is Provoked By More Than One Provoke Creature?

In the case of a single creature being provoked by multiple different sources, the defending player chooses which of them their provoked creature blocks.

What if the Provoked Creature Has a Cost to Block?

If a provoked creature has a cost to be able to block, the defending player does not have to pay those costs. If they do, the provoked creature still needs to block the attacking one. If the costs aren’t paid, the creature won’t be forced to block.

Provoke is an incredible mechanic thanks to the raw power and versatility it brings to just about any creature. 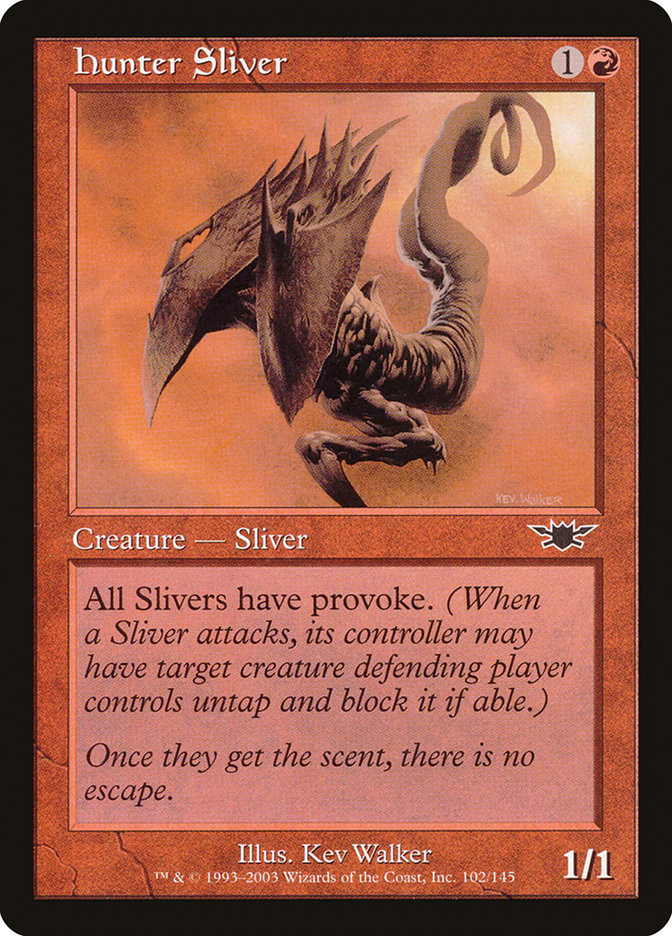 The best provoke card, without a doubt, is Hunter Sliver. This 2-mana sliver gives all other slivers the provoke ability, making them much more deadly and transforming them into great removal sources. This is compounded by the other abilities your slivers likely have, like first strike, deathtouch, or trample. 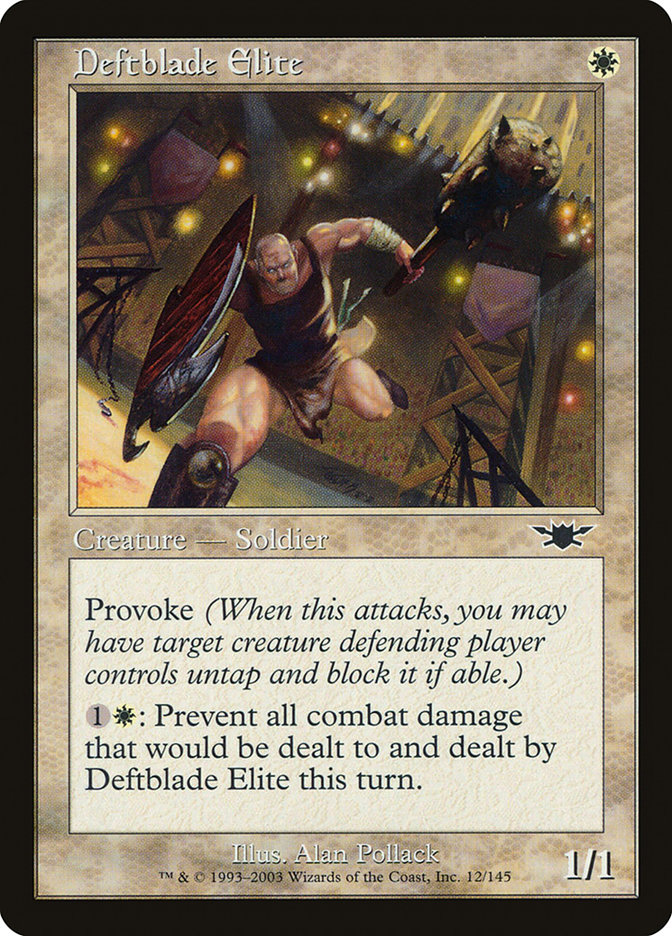 Deftblade Elite is also quite strong, with the activated ability to have it not be dealt combat damage. If you can manage to give this deathtouch or to increase its stats then you’ll have a fantastic creature. Too bad it’s not Modern or Pioneer legal!

I hope this summary has provoked some thoughts on provoke! I’m a little disappointed it’s such a rare ability on creatures, but I think that’s probably a good thing given its power level.

What do you think of the mechanic? Do you wish there were more of it, or have you been burned by slivers with provoke one too many times? Let me know in the comments below or head over to the official Draftsim Discord and chat about it.