2022’s Warhammer 40k Commander precons were some of the most powerful out-of-the-box decks we’ve ever seen. They introduced Magic to the factions of the 40k universe and included powerhouse cards for Commander. They also created a few new mechanics, including ravenous and today’s focus, squad.

I’m your resident L1 judge, here to recruit and train you into the “squad” squad!

How Does Squad Work?

When you cast a creature with squad you can pay the squad cost any number of times to create that many copies of the creature when it enters the battlefield. Think of it as a Warhammer-flavored version of multi-kicker.

Squad is part-static ability, part-triggered ability. There’s no “squad trigger” when you cast the creature. Instead you pay the additional squad cost while you’re paying any other costs for the card. The rest works like your typical enter-the-battlefield effect, triggering on ETB and checking the number of times the squad cost was paid.

The History of Squad in MTG

Squad was introduced in the 2022 Warhammer 40k Commander precons, and it’s currently exclusive to the Forces of the Imperium deck. The mechanic was only featured in one of the four decks, so it’s limited to the Esper () colors for now, and only six cards have squad in the entire game.

Is Squad an Additional Cost?

Squad is indeed an additional cost, as indicated by the reminder text. You pay the squad cost at the same time you’d pay other costs for that spell just like you would for a kicker spell.

What if a Creature Has Multiple Instances of Squad?

There aren’t currently any cards that grant the squad ability to other cards, so it’s unlikely you’ll ever have multiple instances of squad on the same card. But it’s not totally inconceivable for Wizards to print a card with an effect like “creature spells you cast have squad.”

Is Squad the Same as Replicate?

Squad and replicate are functionally similar, but there are a few key differences. Squad can only exist on permanents since the card has to enter the battlefield to make copies, and the reminder text suggests that squad only works with creatures. Replicate currently only exists on instants and sorceries, but it can theoretically go on any spell. Threefold Signal, for example, can grant replicate to permanent spells.

Replicate spells are harder to counter than squad spells. A single counterspell stops the entire squad since squad works as an ETB ability. But replicate puts a cast trigger on the stack, which then creates copies of the spell. A traditional Counterspell completely stops a squad spell and prevents the copies from being made, but it only counters a single copy of a replicate spell.

Is Squad a Triggered Ability?

Yes, in part. Squad represents two separate abilities, one of which is a triggered ability. The static ability is just the word “squad,” which indicates that you can pay an additional cost when you cast the spell. But there’s still an ETB effect that happens when that creature hits the board, and that’s a triggered ability.

To clarify, a card like Stifle can’t prevent someone from paying the squad cost for a card since that’s not an ability that uses the stack. But it could counter the ETB effect and prevent the ability from making any token copies.

What if the Squad Creature Is Countered?

Bad news. If your squad creature is countered then it never hits the battlefield, and the triggered ability never happens. This is exceptionally bad because you’ve already dumped your extra mana into the squad ability before your opponents get a chance to counter it. There’s no mana refund if your creature is countered.

Just like any other ETB ability, the trigger is still on the stack even if the original creature is removed before that ability resolves. If your squad creature resolves and triggers then you still get copies if your opponent kills the creature in response.

If you’re looking to functionally counter the tokens then you need a counterspell that stops triggered abilities, like Stifle or Disallow.

What if the Squad Ability Is Removed from the Squad Creature?

Removing squad from a creature may or may not affect whether that creature makes copies, depending on when it lost the squad ability.

If a creature loses squad after its ETB effect triggers, it still produces tokens even if it doesn’t have squad by the time that ability resolves. For example, if you resolve your squad creature then the trigger goes on the stack. If your opponent responds with Sudden Spoiling then your triggered ability still resolves.

But if there’s a static ability on board that removes all abilities from your creatures before the squad creature resolves, squad won’t trigger upon ETB. Cards like Dress Down and Overwhelming Splendor remove the squad ability the second that creature hits the board, so it never triggers.

Three of the squad creatures stand out to me outside of the 40k precons. 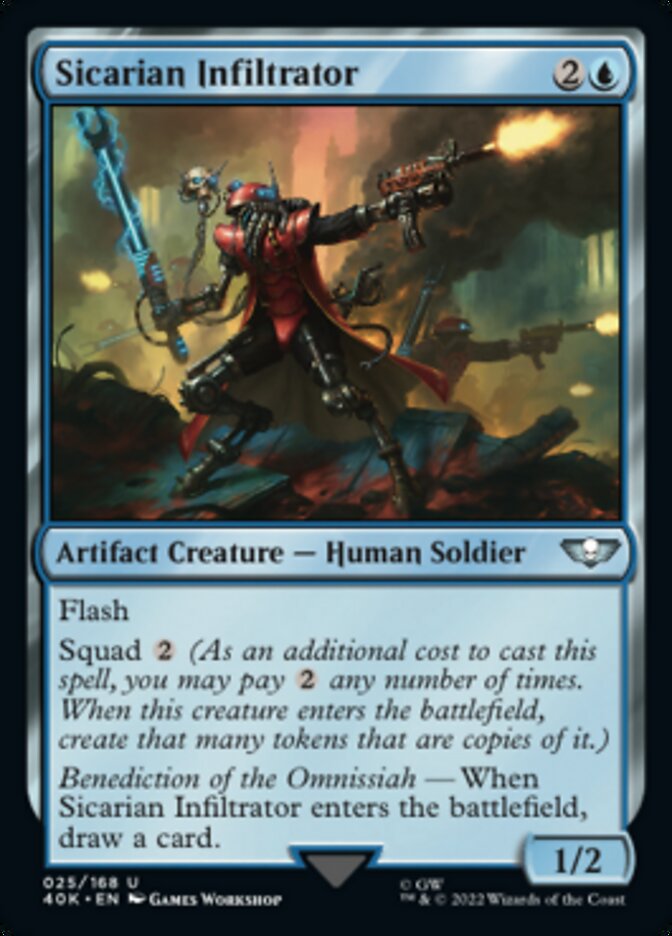 Sicarian Infiltrator doesn’t look all that exciting (Generous Stray with flash, anyone?), but it always overperforms. Flash allows you to react, ambush blockers, and sink your mana into extra bodies and card draw. It feels like an instant speed Mulldrifter that plays well with token synergies. 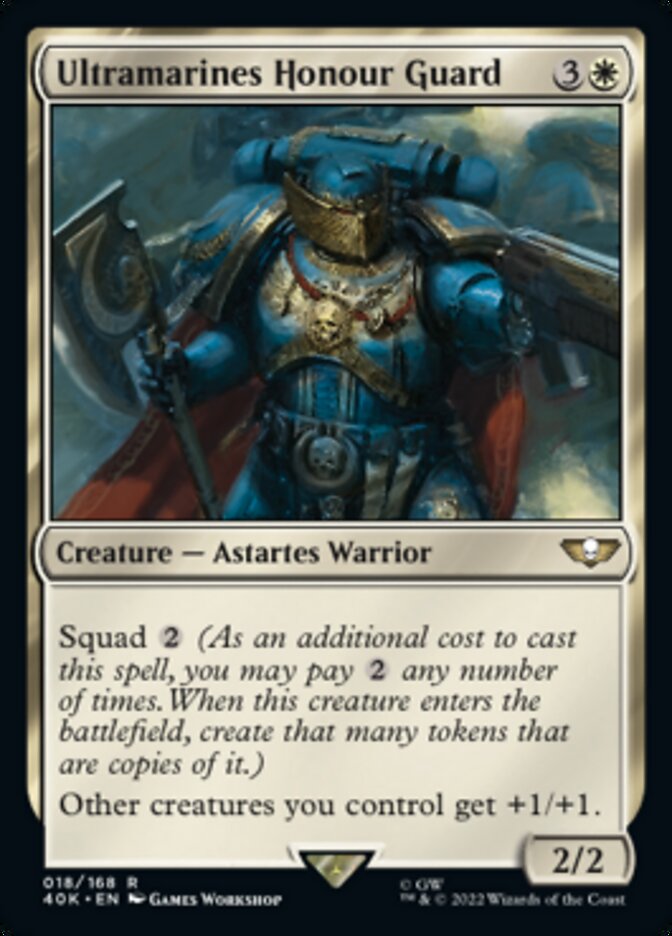 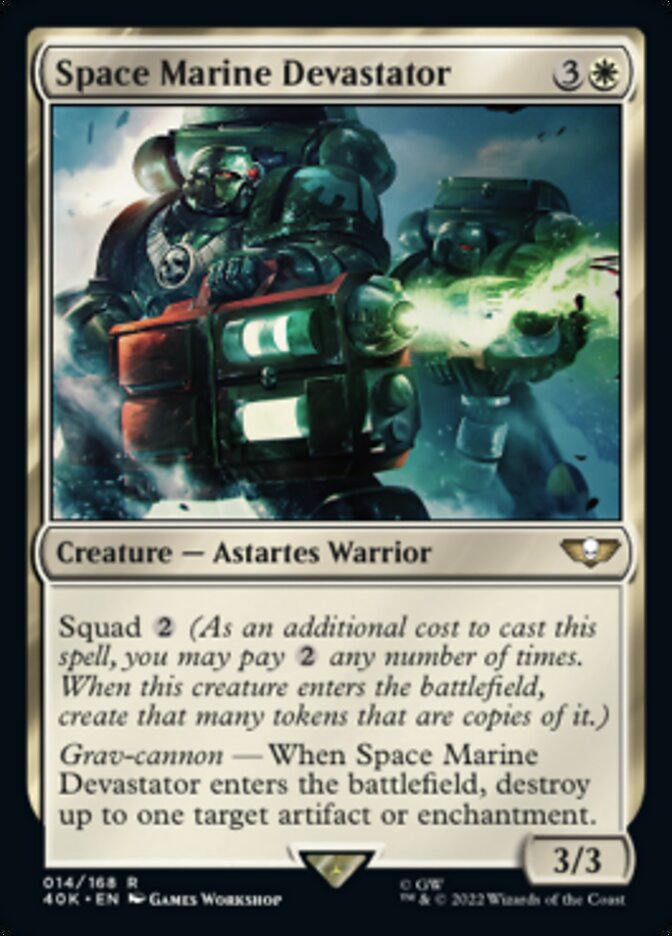 The other two standouts are Ultramarines Honour Guard and Space Marine Devastator. Honour Guard is a standard anthem effect that feels more like Collective Blessing when you squad it, while Devastator acts as an army of Reclamation Sages. These are both great effects that stack well in multiples.

Zephyrim can make a formidable board, but it falls short if you miss its miracle cost. Arco-Flagellant is clearly below the bar. I know some players like Vanguard Suppressor, but I think it underperforms in comparison to the flexibility of Sicarian Infiltrator.

Squad is simple, strong, and flavorful, which makes it a great mechanic. It’s nothing flashy or even new (yes, I know, everything is kicker), but it’s fairly intuitive and feels good to play. I even named it my favorite mechanic of 2022 in a recent year-in-review retrospective!

I don’t know how closely “squad” is tied to the Warhammer 40k universe, but the mechanic is generic enough that I expect to see it again in a regular Magic set. It’s a great mana sink ability that plays well in go-wide strategies and token decks, and I’ll bet there’s a lot of cool design space left available.

Hopefully I’ve answered any of your immediate questions about squad. What do you think of the mechanic? What do you think we could see from it in the future? Let me know in the comments below or over in the Draftsim Discord. 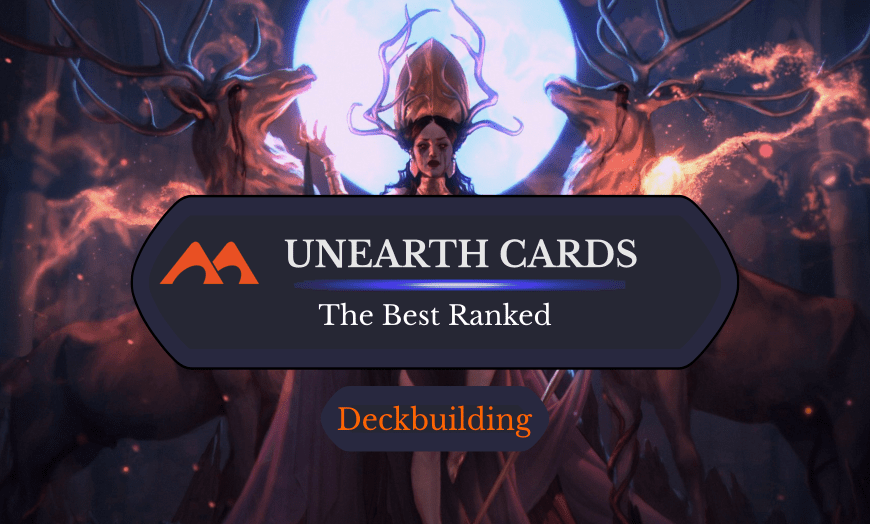