Don’t you love it when Wizards does something… interesting?

In case you haven’t heard, Alchemy is a new format introduced in early December 2021 as an MTG Arena-only play mode. It’s based on Standard and comes with new-to-digital cards as well as some rebalanced Standard cards. According to WotC, the goal is to create a “fast, ever-evolving experience for our players.” This is an interesting approach for sure.

But I’m not here to talk about what Alchemy as a format means for Magic or my opinion on it. Don’t get me wrong, I have plenty of thoughts. I’m here to talk about those “new-to-digital” cards I mentioned, also known as Alchemy: Innistrad.

So let’s get on with it now that you’re all caught up!

This supplemental set features 63 cards that are totally new. They come with mechanics that were specifically designed for digital play, including the (kind of) brand-new “spellbook” mechanic that I’ll talk about in just a bit.

A22 is the first in a new series of sets made just for MTGA, and we’ll get a new one about a month after each Standard set release going forward. That means the next Alchemy set will come with the release of Kamigawa: Neon Dynasty in February 2022.

The Innistrad supplement set is unsurprisingly themed around the recently-released Innistrad twins. I imagine the next one will feature cards reminiscent of Kamigawa since it’s being released in tandem with that set. This is probably going to be the theme going forward with the Alchemy sets.

Since these cards are made specifically for the new digital-only format, it’s no surprise that they’re not Standard-legal. The new Alchemy: Innistrad cards are legal in Alchemy, Historic, and any other formats that use Historic’s card pool, like Historic Brawl and Historic Artisan.

Sorry if you’re a paper Historic player; looks like you’re out of luck here. I guess there’s always proxies?

Alchemy is also a rotating format just like Standard. Each supplemental Alchemy set will rotate out of the format along with its Standard counterpart, but the rotated Alchemy cards will still be legal in Historic formats. It’s a pretty similar setup to the way Standard works.

But it’s also more moving parts to keep track of. I feel like this could have been less convoluted. Anyway, moving on!

First up in the designed-for-digital runnings is conjure. This mechanic was first introduced in Jumpstart: Historic Horizons, which is going to be a theme going forward.

Conjure does pretty much exactly what it sounds like: it conjures a card. The catch is that it doesn’t conjure a card from your library, or your graveyard, or even from your sideboard. No, this mechanics literally creates a card for you to use when whatever specified condition is met. The conjured card isn’t a token or a copy; it’s literally just a card that pops into existence.

Take Predatory Sludge as an example. Whenever a previously chosen permanent leaves the battlefield, you get another Sludge in your hand. Not a copy, not a token, just another Sludge summoned out of the Aether. Sounds like a recipe for an ooze overtaking if you ask me.

Conjured cards act just like any other card you actually added to your deck when building. It changes zones, does whatever its card type can do, and exists for the rest of the game. But you unfortunately don’t get to keep it when the game is over. Bummer.

This mechanic is probably the least complicated to carry over to paper play, if you really wanted to. Cards with perpetually like Begin Anew permanently change a card by adding effects or counters that aren’t removed when it changes zones. Would be a little annoying to keep track of, sure, but there are plenty of ridiculous combos that are near impossible to actually track in a physical game.

Oh, a quick side note: when I say that perpetually “permanently” changes card, I mean for the duration of the match. This mechanic isn’t throwing around errata text. You can breathe again.

Seek is the kind of a mechanic that seems like it might be possible to carry over to paper play, but actually it’s completely impossible. You see, this mechanic fishes a card that meets specific criteria from your library and puts it into your hand. Simple enough, right?

If you’re still a bit confused, let me explain. Take a look at Puppet Raiser. This creature has you seek a card with a mana value of one plus the mana value of an exiled card from your graveyard. If you chose to do so, of course. The point is that you can’t randomly pick a card from your library in paper play and hope that you just happen to get one with the correct mana value. Can you image what a headache that would be? What if you didn’t even have a card that fit the criteria?

As a digital-only mechanic, you don’t have to worry about any of that because the platform’s computer tracks it all for you. Oh, and in case you were wondering, seek is another Historic Horizons original.

Spellbook is the kind of mechanic that would be an absolutely nightmare in paper play.

Cards with this mechanic, like Cursebound Witch, have you “draft a card” from their spellbook when a specific condition is met. Sometimes it’s a triggered ability, sometimes it’s an activated ability. Each spellbook card has a pool of 15 cards that are part of their spellbook, and you get to pick from three of them (which are randomly selected) every time the mechanic activates.

Think of it like the card having a physical 15-page spellbook that you get to cast one spell from whenever you do something for them. Except the pages are covered in ink and illegible writing and they sometimes stick together, so you never get to look at the whole thing. At least that’s the flavor that I’m getting from this.

We saw this mechanic very briefly in Historic Horizons with Tome of the Infinite, though it’s been tweaked for Alchemy: Innistrad.

Here we are at the final Alchemy mechanic, and surprise! It was actually first introduced in Zendikar Rising and isn’t digital-only at all. Except it’s been changed a bit for this set.

Instead of looking at cleric, rogue, warrior, and wizard creature classes on the battlefield to count your party, the mechanic in this set cares about “party spells.” Angel of Unity grants perpetual counters to a party creature in your hand (this means any creature with cleric, rogue, warrior, or wizard) when the Angel enters the battlefield or you cast a party spell. Party spells consist of any spell that has one of the four classes in its type line.

The first thing you need to know is that the composition of these boosters is a bit different. Alchemy: Innistrad doesn’t have any commons, so the common slots in their packs are filled with Innistrad: Crimson Vow commons.

Simple enough, though I’d obviously just prefer they replaced the common slots with uncommons or even made them wild slots. Clearly I should be the one in charge of these kinds of decisions. It would be so much more fun, don’t you think?

In case you didn’t know, you’ll get a handful of goodies the first time you log in to Arena after Alchemy’s launch. Consider this WotC dangling a carrot in front of your face to try and lure you towards Alchemy.

Here’s what you’ll get:

You can obviously get Alchemy: Innistrad packs from MTGA’s Store, no surprise there. You’ll find them alongside Crimson Vow on the Packs tab. The only catch is that there are only two options available right now: a single pack for 1,000 gold, or 15 packs for 3,000 gems.

But you can grab a 20-pack for 3,000 gems or 15,000 gold if you’re quick. Not only is it a bigger collection of boosters all at once, you also get 5 free packs! This is a limited, one-time offer so make sure to head over to the Bundles tab to pick yours up before it’s gone.

This is where things can get a bit weird. Duplicate protection has been extended for the Alchemy sets. This is definitely a good thing but can be a bit hard to keep track of, so let me break it down for you.

The same goes for mythic rares, except obviously you get 40 instead of 20 gems once you’ve collected all A22 and VOW mythics.

That’s about all there is to know about Alchemy: Innistrad. Again, I’m not here to critique Wizards’ decisions. Jeff has that covered for me.

The set looks okay. I’m actually kind of intrigued with the way they’ve tweaked the party mechanic. And I’d be lying if I said spellbook didn’t sound really cool. I want to make it work in paper.

What are your thoughts on this new set? Do you like the cards, hate them, couldn’t care less? And what do you think about the future of Alchemy supplemental sets? I’m tentatively looking forward to Alchemy: Kamigawa in early 2022.

If you’re heading over to MTGA to check any of this out, make sure you’ve got Arena Tutor by your side. It tracks your matches, provides useful stats and insight, and even gives you a little hit of serotonin with fun achievements for being better than other players.

I’ll leave you to it, I guess. I’m heading off to grab the free Alchemy packs and ICRs. Have a good one! 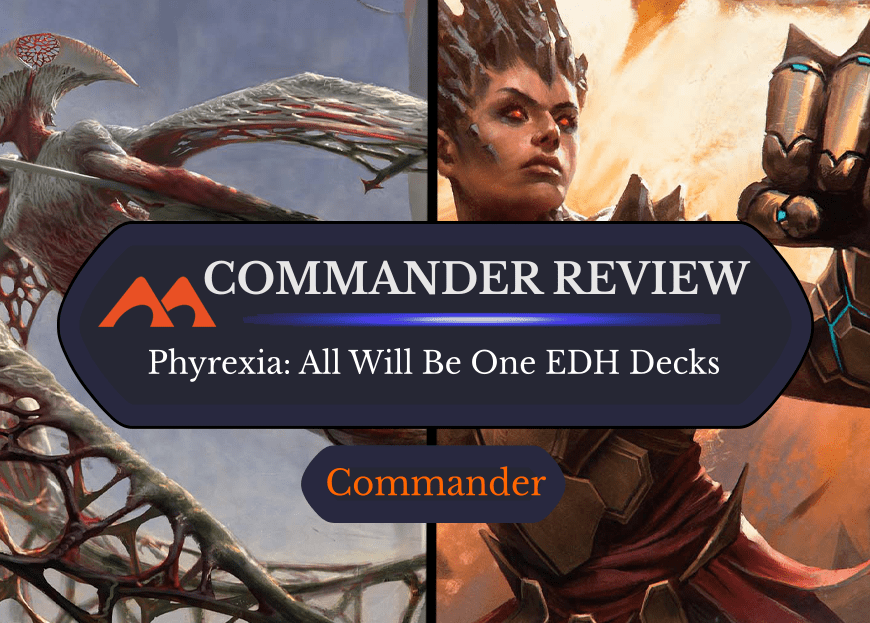 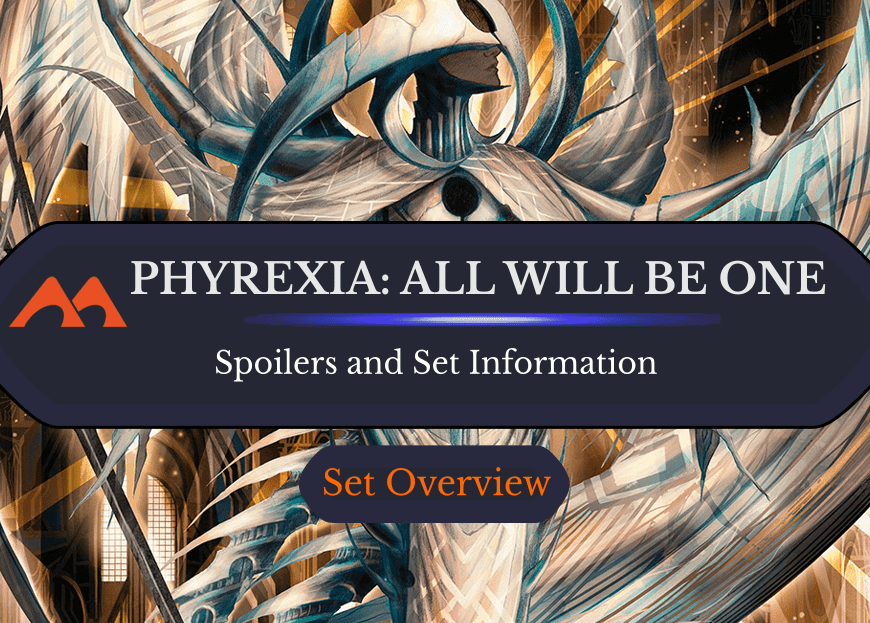