Courtesy of Wizards of the Coast I’ve got a free Zendikar Rising preview for you. This is Draftsim’s first ever preview card, and I’m absolutely thrilled to have the opportunity to show off a new card.

We’re starting with a good one. I’m going to analyze this card in the context of limited, because that’s where it’s likely to shine the most. In fact, I think it’s going to be an exciting limited build around++.

To set the stage and to understand the card better, let’s take a look at some recent draft history.

It was a pretty powerful card, but unfortunately it did not shine too much in the format because it was hard to make it work well. Black/white was one of the weaker color pairs in draft, and you rarely got to put together the right pieces to truly “go off” with Griffin Aerie.

This card, on the other hand, was quite good:

I haven’t had the pleasure of playing against it in Amonkhet Remastered, but I remember that it was very good in Amonkhet. Turning all your cycling cards into “2/2 flier plus draw a card” was extremely sweet. There’s a reason it was a rare instead of an uncommon.

So what’s the next iteration of “enchantment that can make you a boatload of 2/2 fliers”? Let me introduce you to Roost of Drakes.

This card is a good test of our limited card evaluation skills. There’s some interesting stuff going on here for an uncommon:

One other notable thing is that you get the token for free off the kicked spell. Well, beyond paying the additional kicker cost, that is. This is in contrast to Drake Haven, Goblinslide, or Skywise Teachings.

Roost of Drakes looks like both a win condition and a way to create board presence, most likely in UG. Green’s mana ramping ability makes it a great color to combine with kicker spells.

Green also has a bunch of landfall cards, further incentivizing you to play more lands in your deck and making it more likely you’ll be able to pay for kicker.

Just like how Callous Dismissal was actually a 1/1 creature that bounced another permanent, Roost of Drakes is actually a 2/2 flier for 2UU that has the upside of making more Drakes if you have other kicker cards. So you should think of this card as a creature first, not as an enchantment.

That actually makes it better than many other build around uncommons in limited, which find you sinking 3-4 mana into something, then you later have to “do the thing” to get any benefit.

I think it is very rare that you’ll want to just pay U and play this out on your first turn. Why give up the value of that extra Drake? I guess we could see a bunch of 2-3 mana CMC kicker cards that would incentivize you to do that, but it doesn’t seem likely based on how kicker has worked in past Magic sets.

Another difference this card has from typical enchantment build arounds is that it’s somehow not a miserable late game topdeck. Even if you have nothing else going on and no other cards in hand, at the very least you get a 2/2 flier. Not a bad fail case.

So this card is an uncommon? Nice. Just imagine casting Roost into Roost and getting two Drakes for 2UU… wait a minute, that’s just Talrand’s Invocation.

It’s wonderful that it has synergy with itself. I don’t think it’s outlandish to believe there are drafts where you could snag two, maybe even three of these.

How Many Kicker Cards Ya Got?

I’ll admit it. All by its lonesome, Roost of Drakes is not a good card. Don’t forget we can get Wind Drake for 2U, and that’s not even a card you always want to put in your deck. So when is this card actually good?

From one Drake to another…

I don’t think it takes too much. With 3-4 other kicker cards in my deck, I’d be happy to include it. That number means that it’s reasonably likely I’ll be able to follow up Roost with one other kicker spell, getting two Drakes for 2UU – a fine deal!

To note – unlike an actual creature, it is usually very hard to interact with enchantments. So the effect will still be around for you to get the bonus, even late into the game.

Let’s take a look at the common and uncommon kicker cards we’ve seen revealed in the card image gallery so far:

And at the other “payoff” cards besides Roost of Drakes:

This confirms that kicker is mostly centered in blue/green, so that’s where you’ll get the most bang for your buck with Roost of Drakes.

One major pattern you can see is that blue has three interactive spells at common and green has some beef. If your opponent is trying to race you, particularly on the ground because they can’t block your flying Drakes, you have a lot of tools at your disposal to out-tempo and outrace them.

You’ll also be able to do some cute things midcombat, like pumping one of your creatures and making a surprise Drake at instant speed with Might of Murasa and Shell Shield. Having Roost of Drakes on the board and five open mana will certainly make your opponent think twice before attacking.

In the context of the other uncommon payoff cards – Vine Gecko and Lullmage’s Familiar, Roost of Drakes looks to be at a similar power level. Both of those other cards give you a body and then a bonus for kicking spells, and Roost does the same. Sadly, Roost of Drakes costs more than either of those cards, so you may not get as much benefit. But curving the Gecko into Roost of Drakes kicked will be *chef’s kiss*.

So Just How Good Is this Card?

While it is sweet to dream of amassing a giant flying army of 2/2 Drakes, let’s bring our expectations back down to the ground. I don’t think you’ll be picking this card above a premium common removal spell – probably.

I could see situations where blue and at least one other color are stacked with good kicker cards that you’re picking highly and that you’d be putting in your deck regardless. We’re certainly off to a good start in that department.

If there’s a massive density of good playable kicker cards, then Roost of Drakes will be an amazing build around card that you’d prioritize highly. If you’re basically making a 2/2 from turn 4 onwards (in addition to whatever else the cards do), then this card is great.

But if there are a “reasonable” number of good kicker cards, I imagine you’ll be taking this card around the 3rd to 5th pick range.

I think Roost of Drakes will end up around a C+ – meaning it’s an above-average card that you’ll rarely want to cut from your deck. My predicted Draftsim rating for this is about a 2.7 – “Above Average Cards.”

What do you think? Am I over or underrating the card? Do you think we’ll ever see this card played in Standard or maybe even Historic Brawl? 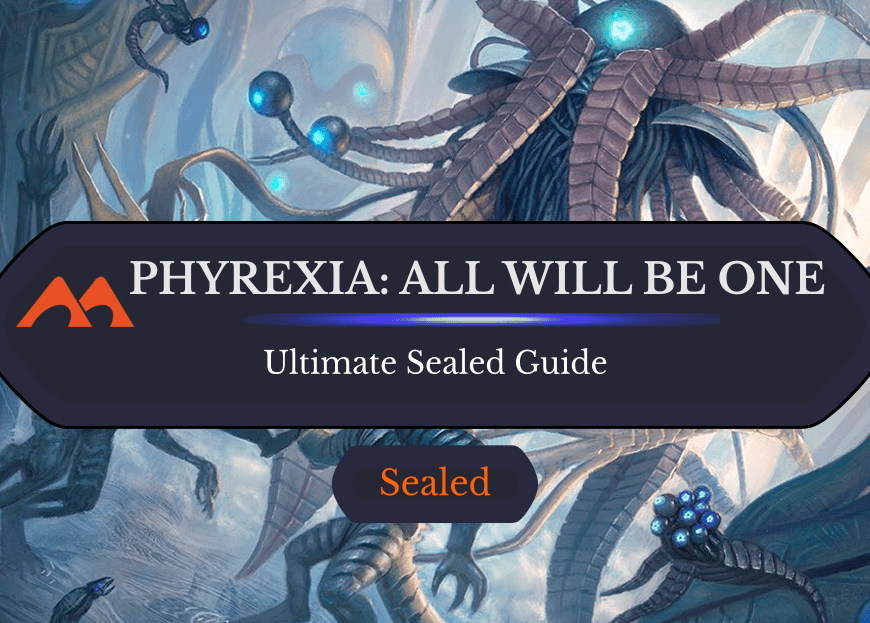 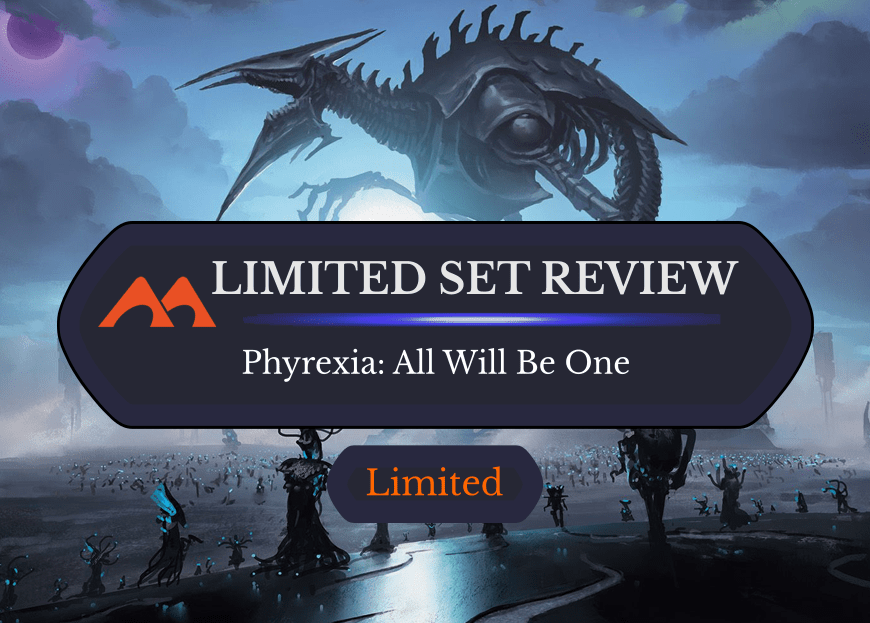 The Ultimate Phyrexia: All Will Be One Limited Set Review