The Historic format evolves every week, especially when some MPL-Rivals matchups are played out. Izzet Phoenix is still heavily played and Dimir control has emerged as a powerful alternative in the tier 1 battle, where Jeskai control and Creativity combo decks also have something to say.

But if you’re looking for something different, something linear and aggressive, mono black aggro is an interesting choice inside the tier 2 block. Let’s take a look at it!

The deck we’re going to be looking at today is a spicy version of mono black aggro featuring snow-covered Swamps. Faceless Haven shines in this kind of aggro list. This deck was also submitted by some French pros like Théo Moutier and Louis-Samuel Deltour in the last Strixhaven League Weekend.

This is a classic mono black aggro build that applies pressure early while disrupting your opponent’s hand, discarding their answers and sweepers. This particular version of the deck’s backup plan is also good, since as many as 12 creatures can be cast from the graveyard. This resiliency and consistency can be very annoying for control lists.

Faceless Haven’s addition is pretty important. It’s one of the best lands in recent releases and gives the deck the ability to recover after a sweeper, increasing its reach.

Dread Wanderer is an aggressive early drop that can come back from the graveyard after a sweeper from your opponent. It’s also a good target to sacrifice or discard to Rankle, Master of Pranks.

Gutterbones smashes hard early and can come back later. It adds consistency to your game plan.

Knight of the Ebon Legion is the perfect filler for the 1-drop department. It’s typically better in hand until you can be sure that you’ll be able to hit its counter effect. It also threatens your opponent’s life total with its pump ability, making it a good mana sink. Be aware that the +1/+1 counter will also be added if you lose four life. Think double Thoughtseize or Thoughtseize plus Murderous Rider.

Skyclave Shade is very well positioned right now. Its ability to come back to the battlefield every turn is a nightmare for decks that can’t remove creatures from the game. The “can’t block” is normally irrelevant as you want to be the beatdown, but it’s crucial to have in mind when sideboarding.

A lot of your wins will involve Spawn of Mayhem entering the battlefield on turn 3, so make that an absolute priority. A big body, evasion, and a good ability is a great deal that makes Spawn one of the deck’s closers. And don’t forget that it won’t be killed by Lightning Helix, one of the most played early answers in the format.

Rankle, Master of Pranks is your other big hitter. A hasty flying threat with three interesting modes to trigger once it hits your opponent is no joke, and this guy will close out a lot of games.

Murderous Rider is a clean two-for-one. Its adventure can get rid of an annoying creature or planeswalker and then hit the battlefield as a zombie knight and gain you some life.

Although discard spells aren’t in a very good position right now because of Brainstorm, they still play an important role in this deck and can ruin a lot of hands. Thoughtseize is considered the best discard spell ever printed. You’ll usually lead with a 1-drop creature and cast Thoughtseize on turn 2 or even 3, but it’ll vary between matchups. Use this sorcery wisely to disrupt your opponent’s best answer or threat. Inquisition of Kozilek is the best alternative in the format as a 1-mana discard spell.

Heartless Act takes one of the few slots dedicated to killing your opponent’s creatures. Efficient and instant speed, this is an interesting interaction, especially against Indomitable Creativity combo decks where killing one of their token creatures in response to their instant will ruin their plans.

Faceless Haven is the only reason to run snow-covered Swamps and a key addition to the deck. It hits hard, doesn’t die to sweepers, and is generally difficult to interact with. This land will finish off some games that would be impossible otherwise.

Castle Locthwain is part of the deck’s grindy backup plan. It’s capable of generating some card advantage that will be very important against a control deck. The addition of two copies is almost free when it comes to your mana base and serves you well as a utility land.

Properly evaluating your starting hand is very important, especially in this kind of deck. You want the game to be as short as possible, so you shouldn’t be drawing that many cards with the initial seven.

Here are the main questions you need to ask yourself:

Do I have at least two black sources?

It’s crucial to be able to cast your spells and this particular deck is very color intensive. You obviously want to draw a third land because missing the third drop would be very painful, but some very aggro draws can be perfectly functional with just two lands.

Am I aggressive enough?

Don’t forget that this is an aggro deck. You need to have as explosive a start as possible. You’re going to be in trouble if the game goes too long. Getting all the damage you can in the first few turns is key.

Do I have one of my closers?

Casting a turn 3 Spawn of Mayhem or turn 4 Rankle, Master of Pranks is all you want in this build. These are the most explosive plays of the deck. That being said, this isn’t as important if you have the other aggro creatures to curve out in the first three turns.

Do I have a good mix of interaction and creatures?

This is especially important in games 2 and 3. Sometimes it’s not enough to slam your creatures against a control deck. You need to discard their sweeper or best answer. In the same way, you can’t ignore an aggro deck’s creatures; you need removal spells.

Izzet Phoenix is still the boogeyman of the format, so you have to be smart about how you approach this matchup. You’re going to be faster than them in game 1, and you should win unless you draw too many discard spells.

From game 2 on, they’ll add more answers to deal with your threats (be especially careful with Anger of the Gods), so you want to add powerful discard and exile graveyard effects and a very big dinosaur that’ll close the game early.

All you want to do against Jeskai control is apply a lot of pressure and then discard their sweeper or best answer. Your creatures are able to relentlessly come back from the graveyard which will be awesome in this matchup since Jeskai doesn’t have a lot of exile effects, though they could add Baffling End and Anger of the Gods post-board. Your Heartless Acts will be dead in game 1 so you’re going to load up on discard spells.

This deck is a new and important player in the format. Your approach to the match is pretty much the same as Jeskai control, with the main difference that Dimir has more main deck tools to exile your creatures.

If they do draw the “wrong part” of the deck (Mystical Dispute and Search for Azcanta) you’ll smoothly steal game 1. They’re going to add a ton of removal spells and exiling spells like Extinction Event or Shadows’ Verdict, though, so games 2 and 3 will be much tougher.

Although Azorius Auras is trending down a bit, it’s still a serious contender you need to be prepared for. Discard spells are generally bad against Lurrus of the Dream-Den decks, but they’re going to help you a lot even after sideboarding.

Being able to discard or destroy each creature your opponent plays before they get out of control will be key. This is one of the few occasions where mono black aggro wants to be in a control position after sideboarding.

These matchups are complicated. Your opponent can combo out as early as turn 5 depending on what version they’re running. Even a turn 4 Koma, Cosmos Serpent can ruin your game. You need disrupting tools like discard spells and instant-speed removal to deal with their powerful spells and creatures.

After sideboarding, add the gigantic Rotting Regisaur to try to slow the clock. You also want some other ways to interact with your opponent’s hand and their creatures.

Brainstorm is probably the key card in Historic right now. The format basically revolves around it. The top decks of the format all play it for a reason, and aggro decks are being relegated to tier 2 because of that.

I doubt that any card from Forgotten Realms will shake things up in Historic, but only time will tell. Maybe a future Anthology could change things.

I hope you have a ton of fun playing this deck. It’s a great option for the ladder as it offers quick and interesting games. If you have any questions or comments, be sure to leave them down below. And if you’re not tracking your matches using Arena Tutor, absolutely give it a try!

With all that said, have a nice day and I’ll see you soon with a fresh new deck guide. 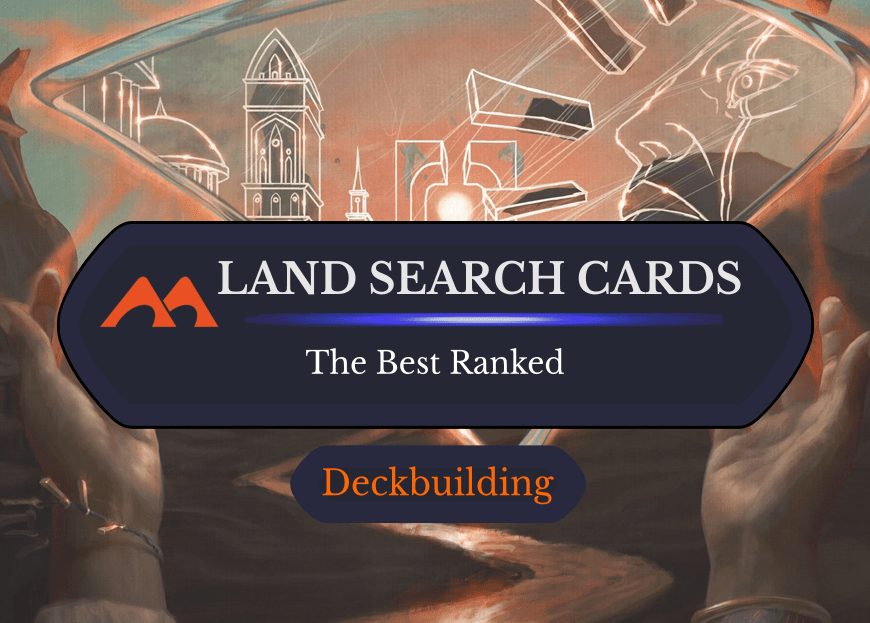