I brought Azorius Auras for the Innistrad Championships. The addition of Stormchaser Drake brings the total count of creatures that draw cards when you cast your auras or “auramancers,” to 12. This gives you a clear consistent plan of action: suit up your creatures, draw a lot of cards, and run over the finish line.

So let’s take a look at this new-and-improved build, shall we?

Selfless Savior is the best way to make sure your creatures live when you’re trying to curve out.

Karametra’s Blessing is another important protector. Because you’re loading up on a single creature, it’s important to make sure the creature survives.

Arcane Flight is important to make sure your creatures can attack through Cauldron Familiar and other pesky ground blockers.

Sentinel’s Eyes is the best aura in the deck. It lets your giant attackers block and come back from the graveyard to provide essential auramancer triggers.

Cartouche of Solidarity is effective at creating chump block fodder in case you need to race.

Spell Pierce is here to keep your opponents on their toes.

Kor Spiritdancer is the best card in the deck. It grows huge fast and cycles through your library for more aura fodder.

Sram, Senior Edificer plays the same role of churning through cards until you find your lethal combinations.

Stormchaser Drake is another way to turn all your auras into cantrips. Having flying makes it the perfect candidate to pick up Curious Obsession.

Staggering Insight does double duty of drawing cards and providing critical lifelink. Auras really shine in matchups where your opponent struggles to deal with a gigantic Kor Spiritdancer, and Insight makes sure you can come back from behind if you start out slow.

Aether Tunnel is here to make sure you can attack through Arclight Phoenix recursion or giant enemy flyers like Voice of the Blessed.

Heliod’s Punishment is your best catch-all answer to whatever creature threats your opponent might throw at you.

Lurrus of the Dream-Den helps regurgitate your threats when your opponent is removal heavy. It’s important to be able to stand resilient and the Lurrus plus Selfless Savior combo is near impossible to beat for some decks.

The name of the game with this deck is to stick Kor Spiritdancer and grow it to the moon. This sometimes happens naturally when you draw it with Selfless Savior in your starting hand, but you often have to work for it.

If you’re playing with open decklists like I was, you know what your opponent’s removal package is. But you’ll have to guess what’s most likely if you’re playing on the ladder. In most cases where you don’t have immediate protection with Selfless Savior you want to play around potential removal by deploying your lesser auramancers before Spiritdancer. You should start with Stormchaser Drake if you have all three because the follow up of Sram, Senior Edificer plus any 1-mana aura on Drake maximizes cards drawn.

If you only have one auramancer and no way to protect it, you’ll still probably want to jam and hope your opponent doesn’t kill it. The deck plays 11 more auramancers and you can just put Lurrus in your hand the next turn if they have the removal.

It’s important to keep up protection in the form of Karametra’s Blessing and Selfless Savior (or counterspells post-board) when you’re playing against a removal-heavy deck since you’ll have a much harder time re-establishing board presence if your opponent clears your initial wave of attack.

Running Out of Auras

It’s common to run out of auras to cast when you hit a patch of land or creatures. You can sometimes mitigate this by casting Sentinel’s Eyes on Selfless Savior with the plan to sacrifice it, allowing you to escape it for more auramancer draws. You can also cast Eyes on Sram, Senior Edificer before casting a second Sram and sacrificing the enchanted one. It’s better to cast Sentinel’s Eyes first and on the creature your opponent is most likely to want to kill because of its escape ability.

You don’t need to set stops to bluff when you have Selfless Savior because it always stops for you. You can otherwise gain an advantage by setting stops on your opponents’ main phases when you have open mana to bluff Karametra’s Blessing.

You want to find hands with lands and auramancers, or you can keep hands with Selfless Savior and Curious Obsession/Staggering Insight if you know you’re playing against a deck without a lot of removal. You basically want to immediately start drawing extra cards and keep at it, so you should mulligan looking to create big auramancer stacks.

Squirrel Food relies on Fatal Push and Thoughtseize to beat you. Your deck can stick more reliably a Stormchaser Drake or Kor Spiritdancer with Arcane Flight and race because your opponent can’t easily interact with big flying lifelink plus Selfless Savior.

Their only answer to the Lurrus of the Dream-Den/Selfless Savior combo is Thoughtseize. Apostle of Purifying Light is your go-to if you expect a lot of this deck since it dodges all their removal.

This matchup is favorable. Most Phoenix lists play exactly one Brazen Borrower and all you have to do is find a space to make Kor Spiritdancer bigger than Unholy Heat.

Cerulean Drake has protection from everything so you can heavily rely on them to protect you. Dragon’s Rage Channeler has to attack into your giant lifelink Kor Spiritdancer.

Both of these decks play out similarly and your plan is to race them. Their interaction is sparse and expensive and your creatures scale bigger. Hushbringer shuts off most of the deck.

Against Heliod it’s important to kill their combo pieces when you can since you can’t interact once they go off. Mulligan-ing for Hushbringer hands is valid.

This matchup is interesting. You apply enough pressure that you can usually race. If your opponent manages to put a single Serra’s Emissary into play, you have Heliod’s Punishment redraws. If they manage to put two into play post-board, they have to name creature and sorcery since Declaration in Stone is too big a blowout, which leaves you Heliod’s Punishment outs.

Overall you aren’t favored but you have enough play that it isn’t a total nightmare matchup. Dovin’s Veto does a great job of policing their spells and your threats are reliable against their removal package.

Everything is straightforward in a Goblins matchup. Your opponent can win by going wide with Krenko, Mob Boss or Muxus, Goblin Grandee but you generally win the race and Hushbringer stops the worst of things.

I didn’t do very well in the Innistrad Championships with this deck, but that doesn’t mean it’s bad! I think Azorius Auras is still great for the ladder. It has strong game against creature strategies and does well versus control by thwarting their removal spells. The addition of Stormchaser Drake adds a nice layer of consistency so you’re always attacking with a proactive game plan.

It could be good to add some Apostle of Purifying Lights to the sideboard since black decks are on the rise. This deck is a fun one since you know there will always be more auras printed, and there’s definitely room for improvements!

If you wind up playing this deck in BO1, I recommend playing two Hushbringers so you have a better chance against Heliod, Humans, and Goblins. And don’t forget to grab Arena Tutor to get the most out of your games and keep track of all your stats in Historic.

That’s all from me for now. Stay safe, stay healthy, and I’ll see you in the next one!

Gavin Thompson (known as AlphaFrog on Twitter and MTGO) has been playing MTG since 1997. A member of the 2021-2022 MPL, he's a combat math aficionado and an inveterate drafter and deckbuilder. Corey Baumeister once called him, "The best Gruul Adventures player in the world." 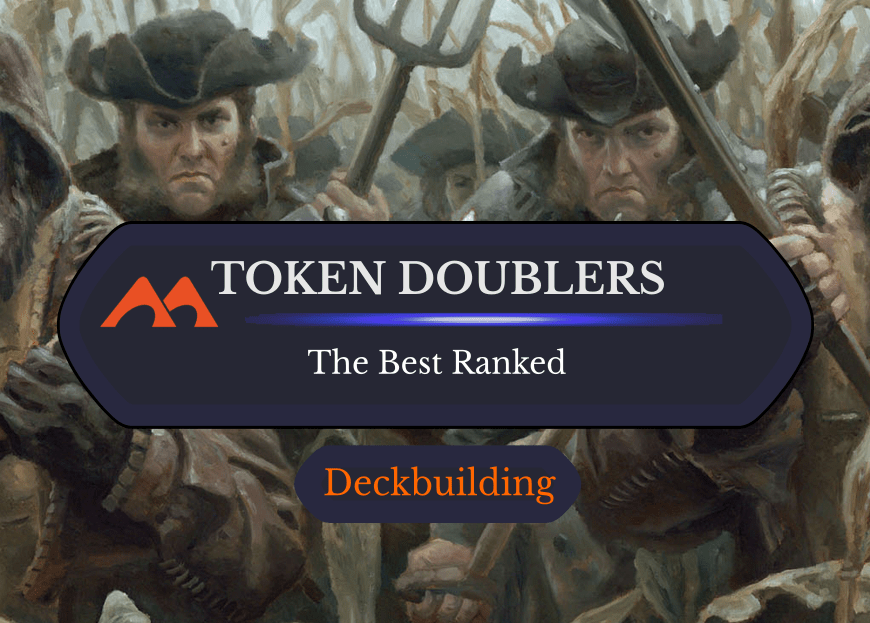 The 23 Best Token Doublers in Magic