There have been some extremely powerful cards printed over 30 years Magic has existed. That’s no secret. We’ve seen some dominant planeswalkers like Oko, Thief of Crowns, and creatures like Griselbrand that ravage players in a single turn.

But there’s also a type of spell that doesn’t care what’s on the other side of the battlefield, or even what’s on yours. Spells that destroy or exile all permanents. Nothing gets passed them, and that’s why there are only a few of these powerful spells in existence.

Today I’m diving in and seeing just what these spells can do. Ready? Let’s go!

What Are Mass Destruction Cards?

Mass destruction cards are, well, spells that destroy or exile all permanents! And I’m not just talking about spells like Armageddon or Wrath of God, but spells that hit everythingin play. Lands, creatures, artifacts, planeswalkers, even enchantments.

They do this by specifically mentioning “permanents” as opposed to “nonland permanents” or another quality. They’re a sort of catch-all for threats. 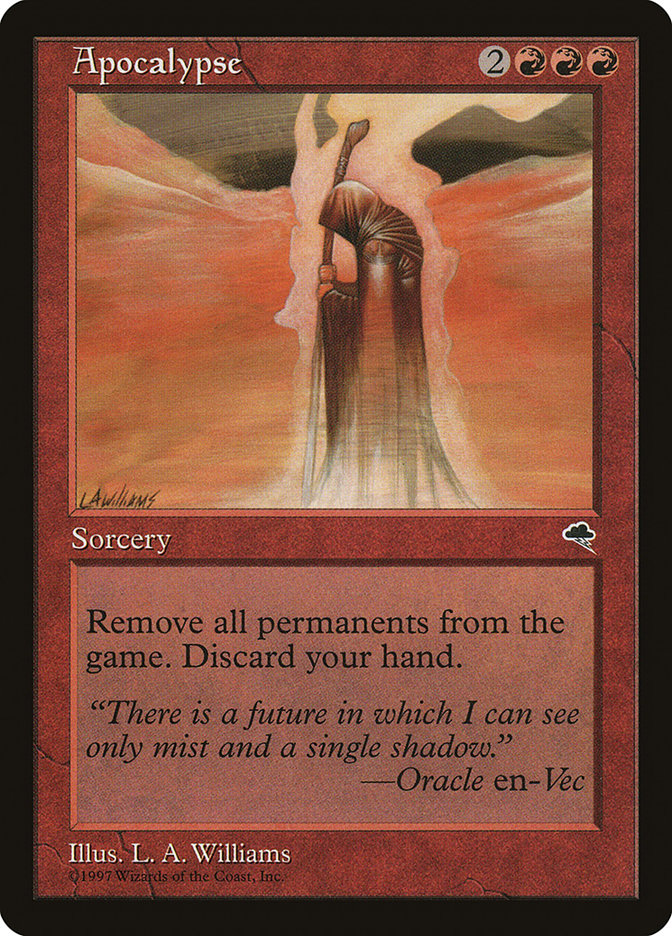 Apocalypse is up first today. I can’t think of a more-fitting name than that, and its effect is truly implied by its name. It exiles all permanentsfrom the game and makes you discard your hand.

Losing your own hand puts you at a pretty big disadvantage most of the time, but not if you’re already hellbent or close to it. These kinds of effects often prolong Commander games, so try and have a way to win soon after. Otherwise you might be stuck at the table far longer than you expected.

#3. Bearer of the Heavens 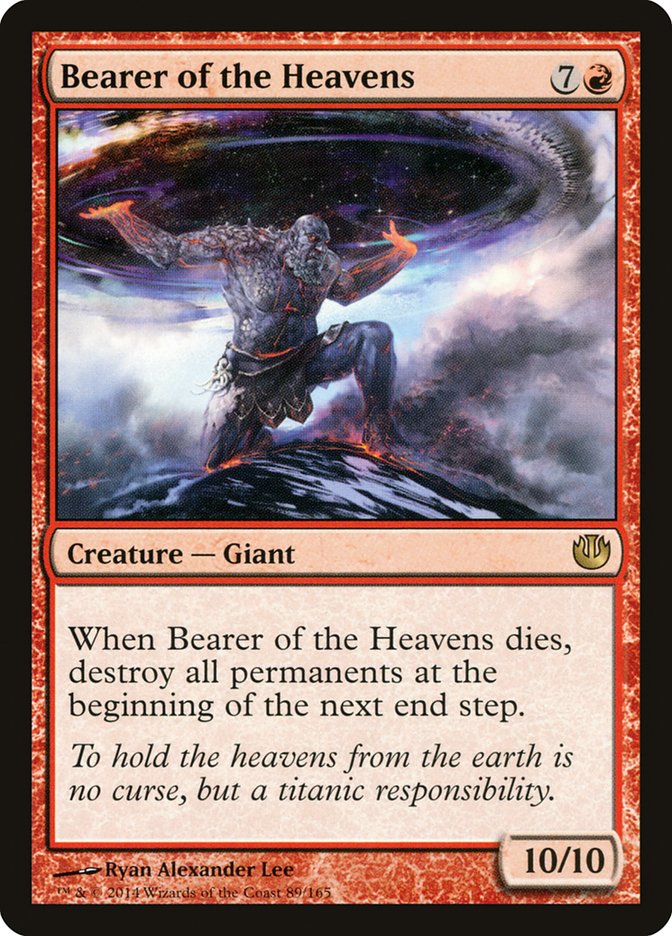 Up next is Bearer of the Heavens, which is just Child of Alara on steroids. It’s the sort of impending-doom I love to see on a Magic card. All permanents get destroyed at the next end step when this creature dies. Everything, from your lands to your hexproof creatures, goes right down the drain as the heavens collapse.

It has a somewhat-expensive cost at eight mana, but luckily only has a single red pip which makes it relatively easy to include in most multicolor control and board wipe decks. 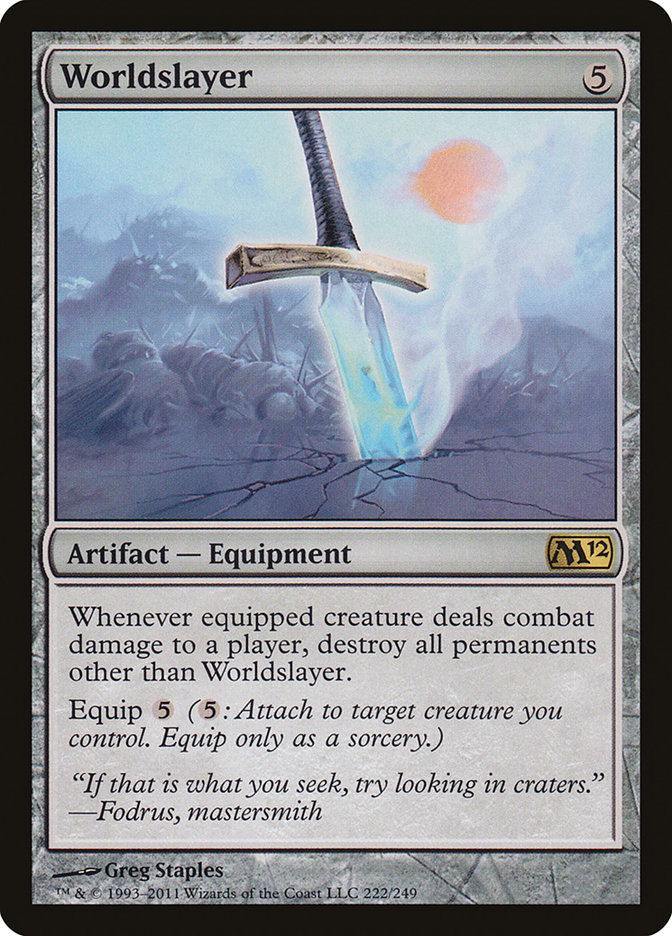 Worldslayer is sort of like Bearer of the Heavens on a stick. It’s a little more difficult to get off, requiring that you actually connect with a creature to trigger its effects.

The good news is that you get to keep the sword. But it’ll be a while before you can actually pay the equip cost since all of your lands will be destroyed. Odds are you probably don’t have much else going for you anyway if you’re destroying the entire board. 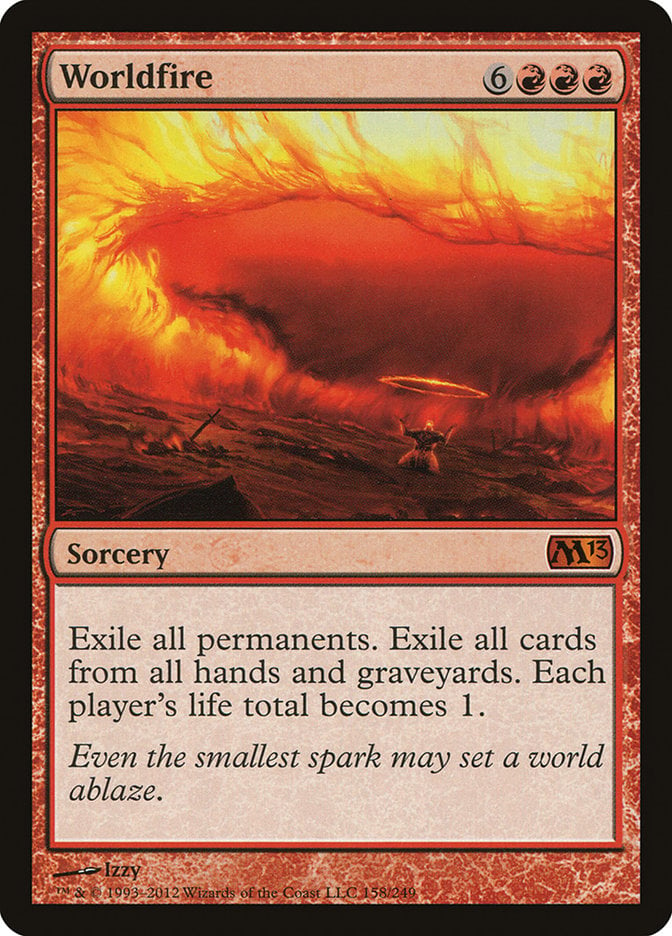 Unbanned not too long ago, Worldfire is Commander-legal and ready to ruin lives. On top of exiling everything, including graveyards and hands, each player’s life total becomes one.

I’m a big fan of this card because it doesn’t do what cards like Apocalypse and Cyclonic Rift often do, which is prolong the game. Having everyone one at such low life makes everything a giant threat, meaning players who were previously on the cusp of victory can suddenly be killed by a slight breeze.

There are only spells that truly destroy every single thing on the battlefield, and that’s probably a good thing. There are still some cards that come extremely close, destroying a variety of permanents including lands. Here are some of the best ones. 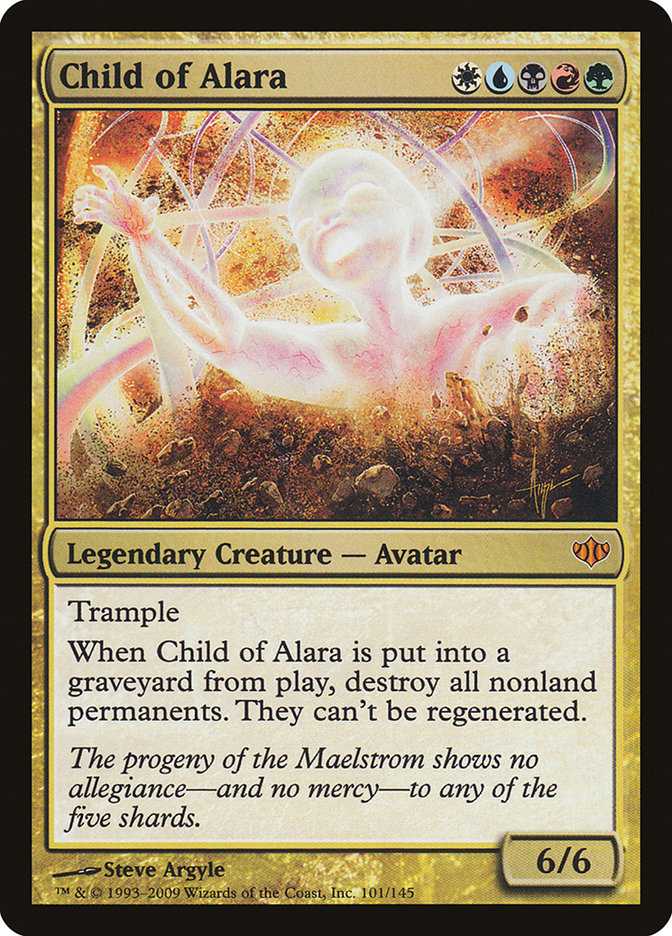 Child of Alara is barely on par with what we’re looking for it. It hit everything but lands, which is still good. We specifically want to hit all permanents and this still comes close, but it doesn’t have that same sense of utter destruction. 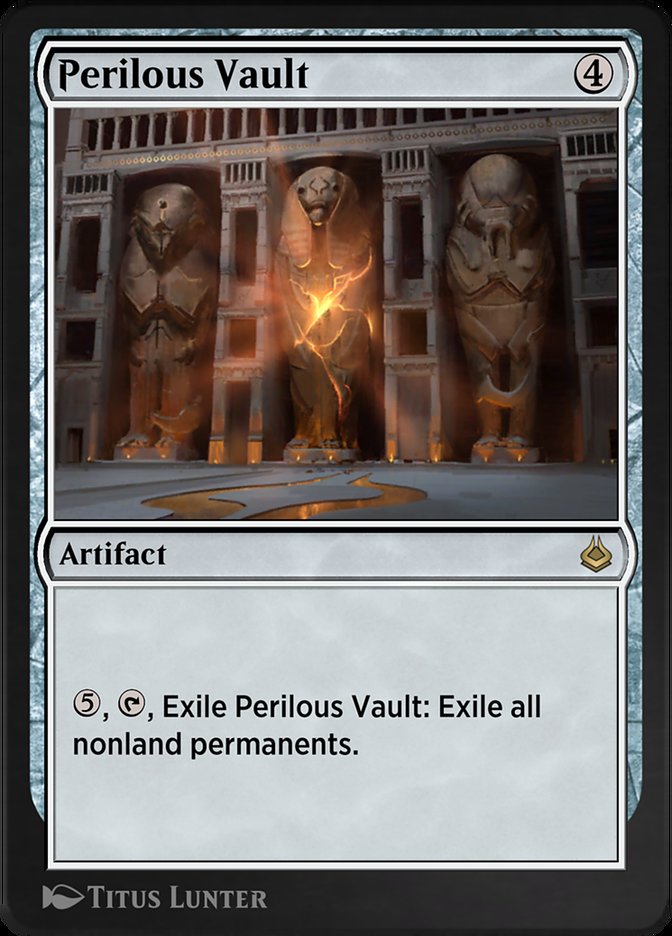 Perilous Vault is basically just a better Child of Alara thanks to the cards going to exile. Again, it doesn’t hit lands, but this is the “almost” section. 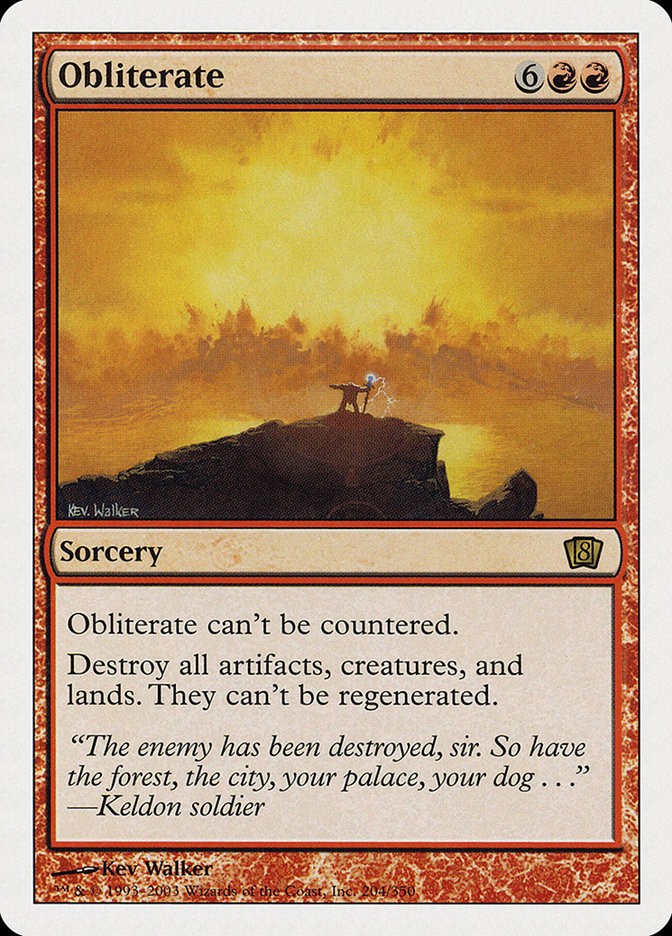 We’re starting to get closer to what we’re looking for with Obliterate. It hits less things than the previous two spells, but it specifically wipes out all artifacts, creatures, and lands. Land destruction being included in a permanent board wipe seriously sets back everyone at the table in a way creature wipes just don’t.

You haven’t felt pain until you’ve had your mana base ripped to shreds and can’t cast anything for six more turns. 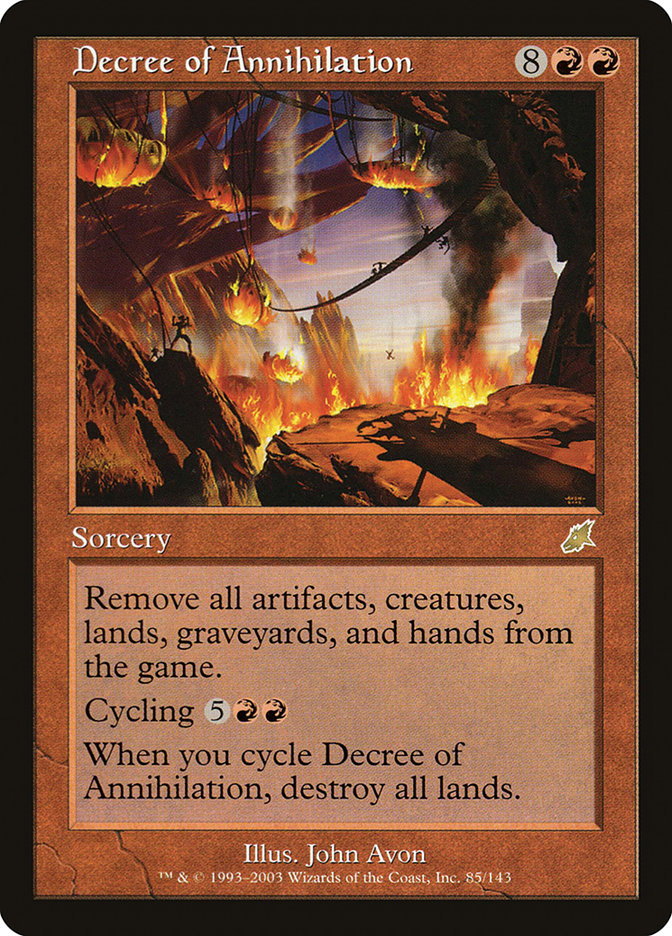 Next up is Decree of Annihilation, which takes things quite a few steps further than anything Obliterate was planning on doing. On top of hitting all lands it also wipes out all artifacts, creatures, lands, graveyards, and hands.

This is next-level destruction. I can’t think of a way to come out on top with this in play unless you’re an enchantment or a super-friends-based deck, but those archetypes typically don’t play red. 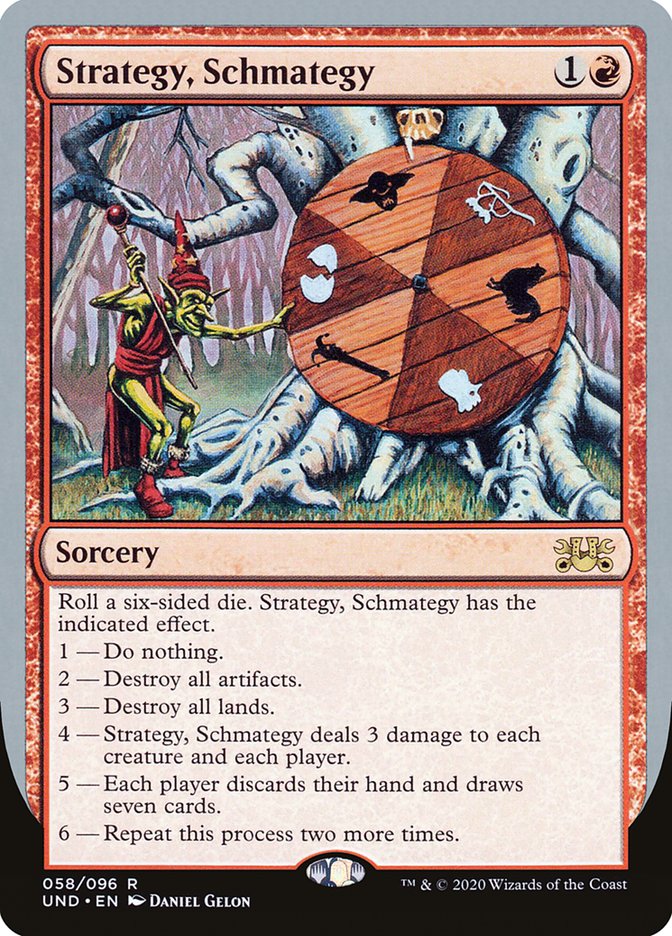 Strategy, Schmategy, while not actually legal in Commander, is sort of everything we’re looking for. You can get this effect tons of times with the right style of deckbuilding, and it has the ability to purge everything in the game outside of a few types of cards.

All at two mana, no less.

That wraps up today’s look at spells that destroy or exile everything. They’re a niche card type, but I don’t necessarily think that’s a bad thing. Cyclonic Rift already hits everything but lands and delays the game for so long. And it puts those cards back in their owner’s hands, too.

What do you think of these kinds of spells? Do you think they’re a fun nuclear option? Or are they a little too un-fun and unnecessarily prolong Commander games? Let me know your thoughts in the comments below or over in the official Draftsim Discord. 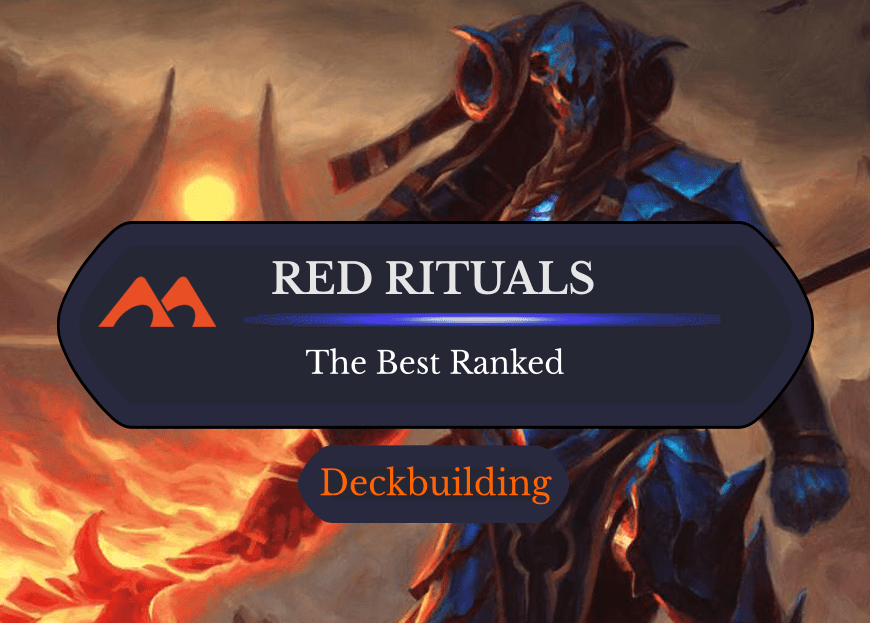 All 37 Red Rituals in Magic Ranked 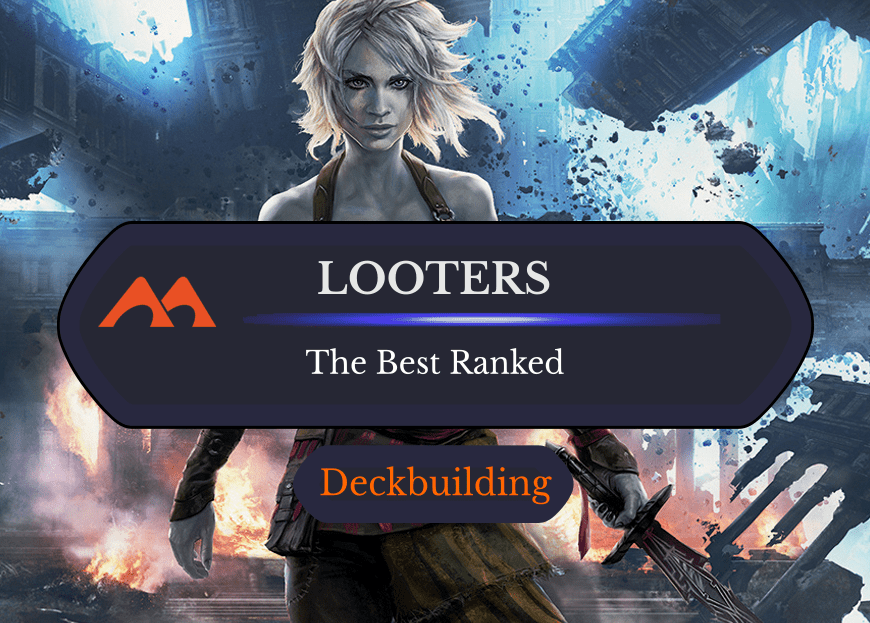 The 33 Best Looters in Magic