Choosing what color or color combo you use can be a difficult first step into the sea that is the Commander format. Even once you’ve chosen a color, picking from the vast array of viable and unique legendary creatures to be your commander isn’t exactly an easy step.

So I’ve got another review and rankings of some of the best tri-color commanders in Magic, and this time I’m focusing on the Sultai combination of green, blue, and black. Blue and black are two of the most powerful colors in Commander, so you have a lot to look forward to and expect from these commanders. I also have a sample Sultai EDH decklist for your inspiration and to act as a primer for one of the commanders listed and help get your brain turned on.

Why Go with a Sultai Commander?

Sultai offers a lot of diversity in playstyle and theme across all the viable commanders. This color combo can confidently support mill themes, sacrifice decks, any sort of graveyard strategy, pod and Food Chain combo lists, landfall decks, and even mutate creature-based strategies.

This diversity makes the Sultai colors a great place to look if you’re not set on a strategy for your Commander deck yet. Most of the commanders I have listed below support different tactics which can help you get a feel for what your options are.

Starting off our Sultai commanders list is the morph-empowering legendary Naga wizard Kadena, Slinking Sorcerer! Kadena lets creatures morph for less (which is usually the entirety of the cost) while generating card advantage whenever a creature enters face down.

Morph is balanced around having to pay so being able to skip out on this makes reaping the benefits of morphing creatures incredibly efficient. The Cyclonic Rift effect from Thousand Winds suddenly doesn’t cost a total of ten mana to sink but it still holds the hidden knowledge aspect of a morphed creature.

Cards with morph costs that don’t need mana, like Gift of Doom, become free aside from the creature you sacrificed. Now that is some serious value that opponents won’t be able to contest if they can’t kill your commander or wipe your board before you pull ahead of them.

In 6th place is the Sultai khan from Tarkir, Sidisi, Brood Tyrant. Sidisi is best fit as a self-mill or creature-death commander where you get extra benefits to sacrificing or killing off your own creatures. It also helps mitigate the negative effects of milling creatures or sacrificing them to some other outlet on top of extracting value from Sakura-Tribe Elder or Altar of Dementia. These sacrifice and mill themes are balanced as a double-edged sword, so using those downsides to your advantage pulls you ahead of the table.

But while you’re focusing on your sacrifice and mill-themed interactions, do your best not to look over some zombie-tribal pieces. You’ll end up making more than a handful of zombies through your commander, and you may as well take advantage of that. Death Baron is a great inclusion that’s a 3-mana 2/2 that gets put into the meat grinder at worst. Cryptbreaker is also a must-have since your commander won’t generate any card advantage for you by itself, so secondary pieces are required.

Your 2/2 fodder from Sidisi can also be sacrificed. While they don’t replicate and make another 2/2 when they die since tokens don’t go to the graveyard, they still help you keep the engine going. Something like Sidisi, Undead Vizier or Whisper, Blood Liturgist turning, usually.

Next up on this list is the x-spells based commander, Zaxara, the Exemplary! If your incredible x spells don’t decimate your opponents, the huge creatures they leave behind thanks to your commander’s ability certainly will. Just imagine dropping an X=7 Torment of Hailfire where your opponents are also greeted with a 7/7 to deal with after losing half their lands and all their mana rocks. Beautiful, isn’t it?

Zaxara empowers a very niche strategy, and it isn’t one that I or most of the players at my LGS have ever played before. Of course, everyone enjoys spells with x since they get better the more ramp and mana you have, and Commander typically allows you to easily reach seven, eight, even nine mana pretty quickly. Playing spells with high x counts is also incredibly funand very rewarding, even when you don’t wipe your enemies off the face of the earth.

There are a lot of spells with x in their casting cost, but there are definitely five or six that are leagues ahead of their competitors. The previously mentioned Torment of Hailfire is certainly one of these since it often means death for most players who don’t have a board full of cannon fodder to sacrifice. Blue Sun’s Zenith is a personal favorite of mine and helps you refresh your hand with more resources to spend your growing mana base on. Stonecoil Serpent is good on nearly any x amount over 3, and the protection from multicolored hits hard in Commander.

Primordial Hydra quickly becomes a one-shot attacker after a turn or two and even acts as two creatures if you manage to have your commander out as an extra threat. Altered Ego is another important piece to any x-spells deck. You’ll usually use this to copy an already-massive creature for four mana and enjoy the beneficial abilities that creature has.

An absolute Commander classic, The Mimeoplasm is one of the most popular and powerful Sultai commanders at your disposal. The most common and powerful way to build Mimeoplasm is (surprisingly) ooze-tribal, which I think is wicked cool and something we should all try out.

In case you’re as unaware as I was, there are actually lots of powerful oozes you can include in your list. Acidic Slime is a classic green creature with a wide targeting scope to make sure it always generates value in your exchange. Ochre Jelly is a powerful and demanding threat that demands quick and complete removal when it resolves. Gelatinous Genesis helps fill your board with oozes and proc enter-the-battlefield effects!

Ooze decks also typically have great Birthing Pod/Food Chain potential, so including those as along with Prime Speaker Vannifar will take you where you want to go; victory!

Tasigur, the Golden Fang is a personal favorite in my play group, and for good reason. In a format where you have access to tons of fetch lands and early spells, Tasigur can easily be an infinite mana outlet in the command zone that costs only to play. This heavily influences how the deck is built since the goal is often to resolve something that flips your deck, like Doomsday, or that generates infinite mana and combos off using Tasigur’s ability.

You’ll usually see Tasigur lists heavily relying on Birthing Pod or cards with similar effects like Food Chain. The strategy offers rapid acceleration plus ample graveyard resources that can be used to cast a discounted commander or eventually be brought back with that commander’s ability.

In 2nd place is Yarok, the Desecrated, who doubles the amount of activated and triggered abilities from permanents entering the battlefield. This ability is incredibly busted and you want to abuse it until you’ve lost all our friends.

In case you don’t realize how busted being able to double dip on ETB effects is, let me give you some examples of cards you’d run that would hit twice:

While none of these effects are outright game-winning, they create incredible tempo and resource advantages that generate a constantly expanding gap between your opponents’ capabilities and your own. This gives you more answers, more and higher-level threats, and the ability to direct the pacing and flow of the game to suit your strategy.

Coming in at #1 is Muldrotha, the Gravetide. This commander heavily emphasizes a sacrifice- and aristocrats-themed decks through its recursion ability. Muldrotha is the most popular and (arguably) the most powerful Sultai commander with over 5,700 decks online, 2,500 of which specifically work with sacrifice strategies.

Being able to not just reanimate creatures but actually play any kind of permanent from your graveyard each turn lessens the cost of sacrifice mechanics while bolstering your threats from single-instance removal. Your mana rocks basically never get destroyed since it’s wasted removal, your commander comes back from the command zone, and your other artifacts and enchantments are safe thanks to the lack of widespread removal. Most decks run Abrade or Abrupt Decay and call it a day.

Cards that have abilities on death and when they enter the battlefield are extremely good in a Muldrotha, the Gravetide list since you get twice the value from them. Think along the lines of Solemn Simulacrum, River Kelpie, and Stitcher’s Supplier. These kinds of cards help you out-value your opponents and generate resource advantages they won’t be able to keep up with.

Decklist: Yarok, the Desecrated in Commander

Yarok, the Desecrated | Illustration by Daarken

Out of the seven commanders listed here, I see Yarok, the Desecrated as the most fun and interactive to play, so I decided to use it as a commander for a decklist we could look at. This exact build won’t be the rules for your deck. I’m not your dad, this is just a primer to get your brain moving and help you see what might be worth including in your own brews.

This decklist is obviously lands-focused since you usually always hit land drops that work twice as hard for you. This lets you have a strategy that’s much more consistent and effective. The deck has 36 lands so you have plenty of ammunition for your landfall permanents.

Your early goal is to get something like Lotus Cobra or Scute Swarm out to get your engine turning with land drops. Ramunap Excavator plus any of the fetch lands in the deck lets you grab a lot of lands early. You also don’t have to worry about your life total here since losing 10 to 20 life this early is nothing compared to having five times more mana than everyone else.

There are a variety of major threats in this list that carry you to victory if you feed them enough. Cultivator Colossus is a mighty beast that grows and lets you put multiple lands from your hand onto the battlefield and triggering your other landfalls. Avenger of Zendikar quickly gets out of control with a huge army of plant creatures once you hit one or two land drops with your commander out. Sire of Stagnation can also quickly mill opponents’ decks and hit valuable win conditions or lands they were hoping to hit, but it’s not as threatening without Crucible of Worlds or Ramunap Excavator in play.

The Mimeoplasm | Illustration by Svetlin Velinov

There you have it, a complete rundown of the most popular and powerful Sultai commanders out there. While I may be biased to Esper, I think Sultai is a great color combination both thematically and in how it plays. The card draw and tempo of blue is what really takes the typically rotten Golgari () playstyle from good to great.

But what do you think? Do you like my rankings, or is something off in your opinion? Let me know down in the comments or over on our official Draftsim Discord. 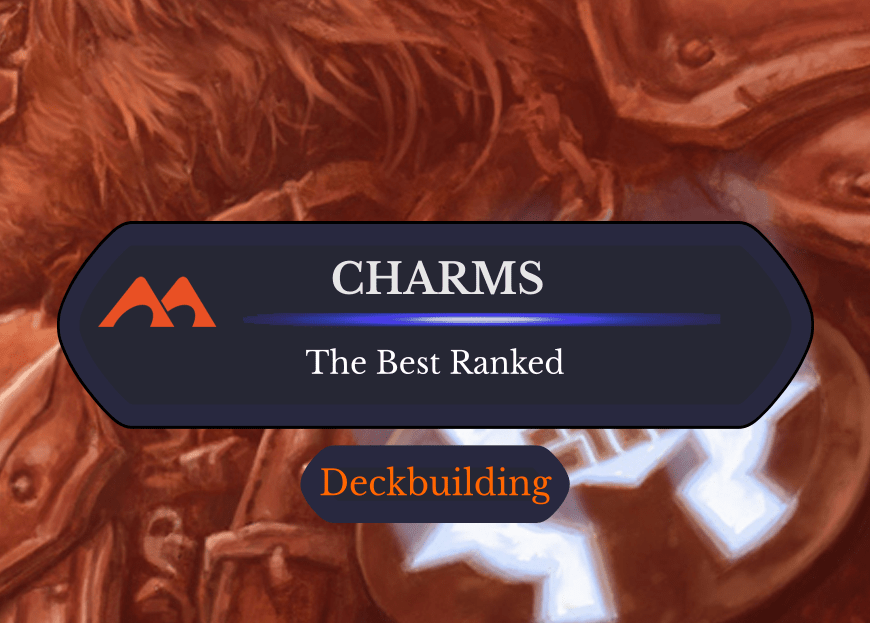 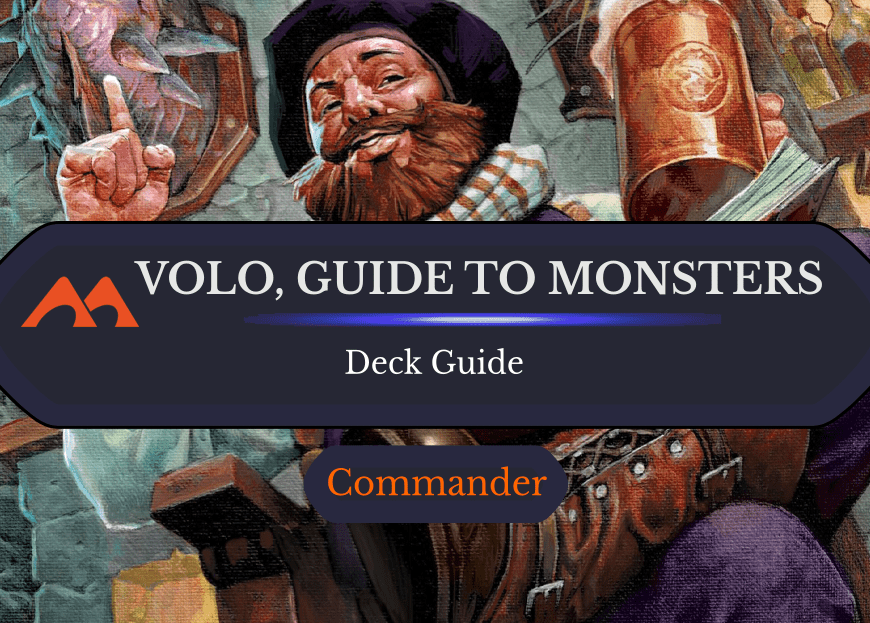