Everyone knows about the typical Commander precons from WotC. They’re about $39.99 USD, give you 100 cards plus a foil commander, and some other goodies. They’re great starter decks and often present good value with more cumulative worth across its 100 cards than its MSRP. But what if I told you there were other precons available made by other players and even game stores?

This came as a shock to me, too. There are dozens of fully built Commander decks for sale across eBay, Amazon, and other third-party sites. These decks are ready in all kinds of colors, styles, strategies, and price ranges, from $40 all the way up to $400.

Today I’m going to summarize all of the decks available for sale, both from WotC and non-packaged decks by other players and stores, to help you understand what options you have if you don’t want to buy singles. 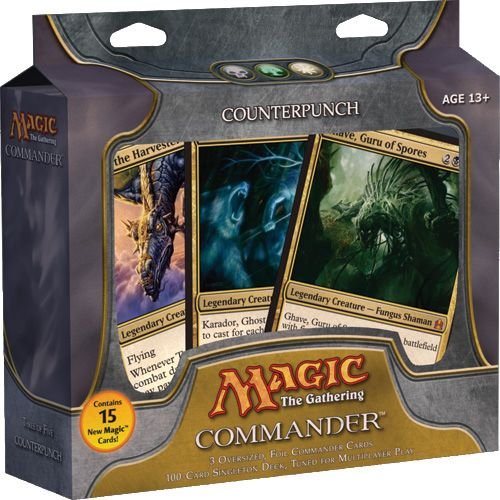 Amazon has everything nowadays, and it can be pretty hard to avoid it. Especially when two- (or even one-) day shipping is on the table. Amazon is home to basically every pre-packaged deck that WotC has ever released. It has everything from the original Counterpunch deck to newer precons.

But most notable are the various “Custom Built” decks available from game stores and players listing on the site. These decks are an exact list of 100 cards put together by an actual player who sells it for a profit. The appeal here is you’re getting a preconstructed and fully thought-out Commander deck that’s more powerful and inclusive than the ones offered by Wizards.

Here’s an example of a colorless Eldrazi EDH deck that’s selling for just under $400. While that price tag may seem like a lot for a pre-built Commander deck, one look at the list shows you’re getting more than the pre-packaged ones. Included is Ulamog, the Ceaseless Hunger and Kozilek, the Great Distortion, which both run up the price on their own. But I should mention that this deck is currently marked up by upwards of $150! Obviously there’s some overhead to pay for the assembly and shipping, but this is an incredible overpay on the buyer’s part.

The store selling this deck, MTG Decks & More, seems to have a small monopoly on the preconstructed decks on Amazon. They have over two dozen EDH decks listed in a wide variety of strategies and price ranges, as well as Modern and Standard budget precons.

Isshin, Two Heavens as One | Illustration by Ryan Pancoast

eBay tells a similar story to that of Amazon, which is that it’s filled with EDH precons from different players and game stores. These are recently updated and consistently posted, too. The most recent post is an Isshin, Two Heavens as One list for a little over $60 by Smaegames. This deck boasts three free rares with every purchase and that this deck features nearly-exclusively near mint cards.

While this may seem like a better deal than WotC’s pre-packaged decks since an actual player put thought into building the deck and including bonus rares, the price tag tells a different story. When I plugged this list into Moxfield and priced the deck using the cheapest version of cards from TCGPlayer, the total price came out to about $15. Even if the buyer doesn’t need to assemble the deck themselves that’s still a 400% price increase compared to if you were to just buy the cards yourself.

Thursday_Night_Magic sells similar custom Commander decks that go for around $50. One example of this is a Horde of Notions list going for just under $50 with free shipping. This is much closer to the $40 price point of WotC’s decks, which we know give more than their MSRP in value. The seller is offering a ready-to-play deck with what could be argued is a stronger strategy and conception.

But the price is still a bit inflated. The total value of the cards included in this list add up to only about $30. This is still a much better deal than the last deck.

However, these are a decent alternative choice if you’re going to play these decks regardless and don’t have want to get a million different envelopes from TCGPlayer or another marketplace for whatever reason.

There’s also just about every official Commander precon available on eBay. They’re all from third-party sellers, not WotC, so exercise some caution just as you would on Amazon when purchasing older decks.

Card Kingdom joins the list as one of the more Magic-focused sites selling these kinds of Commander decks. They offer seven Commander decks all priced at $29.99. Each is a unique deck list that can be played straight out of the box, or customized with your own collection. A small blurb is written about each individual deck, describing its characteristics, the commander, and how the deck is meant to be played.

These can be a cheaper alternative the pre-packaged decks that WotC offers. There are not any publicly available deck lists that I could find, but they do include some rares and foils according to the descriptions. You’re likely not going to get more than $30 worth of singles here, but the convenience and card selection by Card Kingdom over WotC could prove to overcome that.

Card Kingdom does not appear to keep a large stock of these decks, so it is best to join the restock email list if you’re interested in picking some of these up.

Tricks of the Trade | Illustration by Steven Belledin

Your local game store definitely sells the newest Commander precons that come with every set. While they may not sell custom-built EDH decks like the ones seen on eBay or Amazon, there’s a good chance they have all the cards you need for a list if they sell singles.

At the end of the day, you’re just buying 100 grouped singles when you buy one of these custom decks from players or stores, which your LGS probably has most already. This lets you buy the entire decklist while supporting a local business, and for less of a markup than if you bought it completely online.

Crusty Games is the most prominent store dedicated to selling custom Commander decks. They don’t sell the pre-packaged ones created and distributed by WotC, but they do list complete decklists that are “built by expert Magic players.” This is an attractive choice for anyone who wants to avoid building their own deck but isn’t a fan of the ones you can find at Target. But their service is much worse than you might expect.

One of their top-selling decks is a Krenko, Mob Boss list that goes for $79.99 plus shipping. But they don’t actually tell you what cards you’re going to get in the deck. Only about 49 unique cards are listed under the “Sample Card List.” If you account for 30 to 35 lands then you’re still missing at least 15 cards in the list. I can’t seem to wrap my head around how they’re able to get away with listing these expensive decks without telling you what’s being including in the product.

This isn’t a problem exclusive to Krenko, either. Crusty Games also has a The Ur-Dragon deck listed for over $235.99, and again, doesn’t tell you what cards you’re guaranteed to get. To top it all off, the price of the cards that are listed only comes to about $27. This is a 1,000% markup, completely beyond what I can recommend you buy or even look at.

Etsy has long had a wide variety of Magic and Magic-related products for sale from thousands of hard-working and creative individuals. Here you can find proxies, custom cards, Magic merch, and even custom-built Commander decks.

A seller by the name of Atratis1978 is the most prominent custom Commander deck seller on the site with more than 970 reviews for their decks. They have over 140 decks posted, including some decks from other formats in addition to their mostly-EDH selection. The decks range in price for $15 to upwards of $320 and have all their decklists posted completely. The average markup seems to lie around the 70% to 100% range. This is still quite a bit considering your LGS likely has all of these cards for sale at TCGPlayer market value, but it’s the best deal I could find across multiple retailers.

If you don’t want a WotC Commander precon but the player-built custom decks are too expensive, your best bet is to build the deck yourself. The hardest part here is actually finding out what cards you want. But luckily there are some great resources out there to help you build your deck.

The most powerful website at your disposal is Moxfield. Moxfield is dedicated to building Commander decks and has a great array of features to make it easier on you. It also helps you price your deck by checking what cards you have in your collection, finding the cheapest version of each card, and even suggesting cards for your deck by analyzing similar lists in collaboration with EDHREC.

EDHREC is a great resource to find custom decklists for any commander or strategy you could ask for. While they don’t offer deckbuilding services and you can’t create decks on the site itself, it has a vast list of every EDH decklist posted to Moxfield, TappedOut, and various other sites. This means that you’re able to filter by commander, colors, strategy, price point, and even salt level to find hundreds of decklists. You can also automatically import the cards in a deck to a TCGPlayer cart to buy the entire deck with just the click of a button.

Commander is one of the most popular formats in Magic. There are always new guides on reddit, YouTube, and even Draftsim to help you build your own deck. The best way to get started is to try, and you’ll probably learn a thing or two about Magic along the way. A great first step is to look at some of the best cards in Commander to find a spell or creature you really want to play but haven’t had the chance to yet.

That’s just about everything there is to know when it comes to buying a Commander deck. I always recommend buying the cards in singles instead of buying them in a pre-made lists from somebody else. You’ll still get one package from TCGPlayer if you pay a little extra, and that extra pricing is always less than the 80% markup we’re currently seeing for these curated decks.

I think that the idea of selling custom Commander decks does have some room to grow, and part of that is lowering the profit margins to make it a viable choice for players seeking the convenience. But I’m still fairly surprised that I couldn’t find any servicers that build decklists for you for a small fee. There are hundreds of written and video guides on how to build a deck, but nobody offers any kind of EDH deck building service.

What do you think about these player-made Commander decks? Have you ever bought one? What was your experience like, and how much of an upcharge did you pay? Please let me know down in the comments down below. 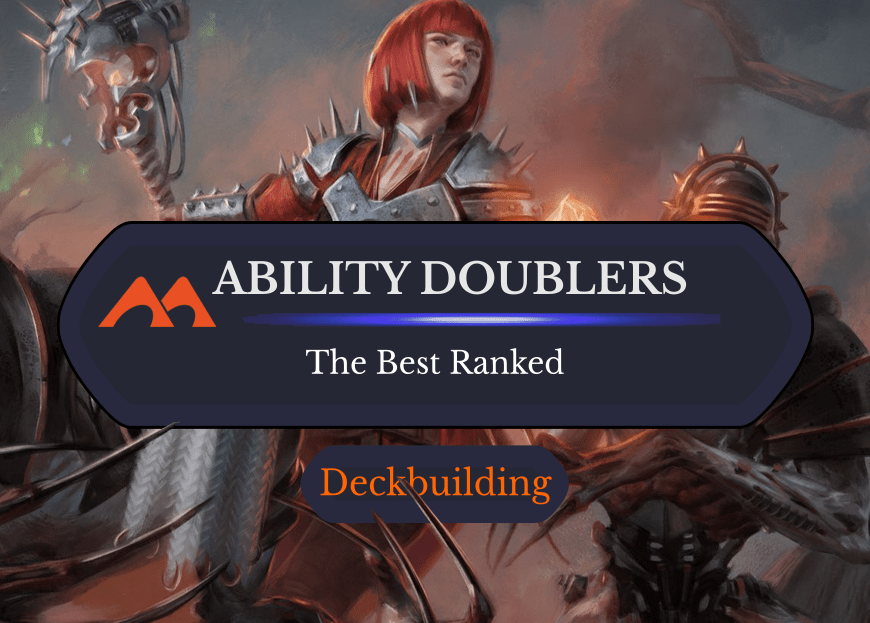 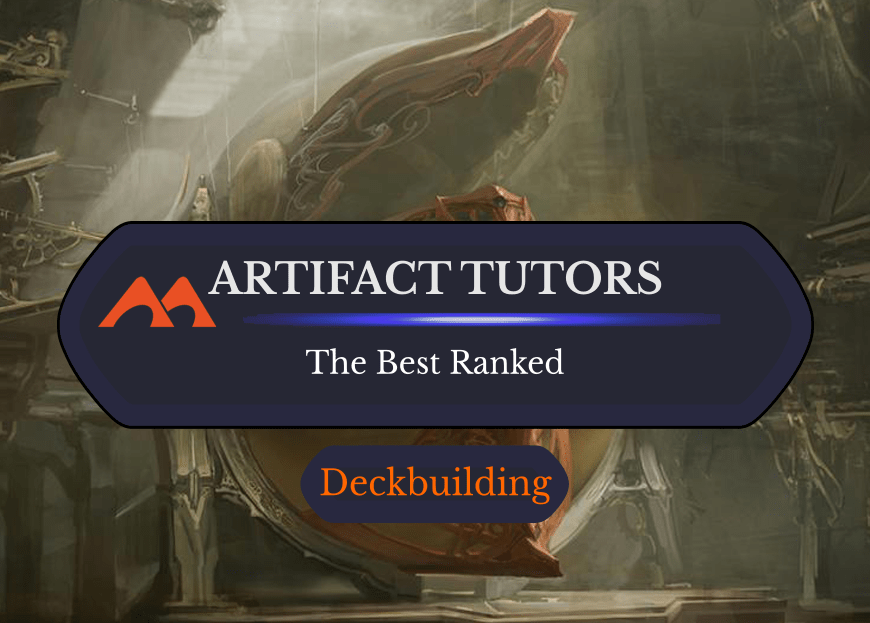