HomeCommanderCommander Collection Black Review: Is it Worth It?

Commander Collection Black Review: Is it Worth It?

With the slew of new products WotC announced at the tail end of August, they snuck in the second edition of the “Commander Collection,” a set of Commander-focused cards with alternate art that’s exclusive to this retail-only Secret Lair clone. But is this assortment of cards as goods as its predecessor? Is it even worth the hefty price tag that comes with these premium products?

Overall I think this product is lacking and could have been much better. It’s cute but not a must-have for Commander players. But I can’t just come out here and start throwing around blind statements like that, can I?

Let’s get down to business and figure out why I don’t recommend this.

What Is Commander Collection: Black?

Commander Collections are a premium product intended to accentuate Commander decks. They feature six cards of the associated color to show “what it does best” (as far as Wizard’s says) as well as special copies of Sol Ring and Command Tower, also themed to the slice of the color pie. Commander Collection: Black is their ode to black, unsurprisingly.

This product’s six cards are, uh… kind of on point for black’s color identity? But I’ll discuss that later.

Why Was This Product Created? Who’s it For?

These collections were designed for the casual Commander audience; those who love to rock the kitchen table or their local LGS pods with their Battlecruiser Commander decks. Players who are looking to compete at competitive Commander tables shouldn’t look towards these for staple cards since they’re pretty varied in power. Collectors also love these cards because of the unique art and the beautiful foiling.

Honestly, this product line just screams “Secret Lair” without the issues of Secret Lairs: shipping problems, limited time to buy, and long waits between buying and receiving your product. So why doesn’t Wizards do it like other Secret Lair-esque products?

Is This a Limited Release?

This isn’t a limited window like Secret Lairs are. Commander Collections are available from any WPN store. Wizards hasn’t told us whether it’s a “print on demand” product or just “print until we’re done selling this” product, but the green version came out around the same time black is projected to release and it’s still available on TCGPlayer for a similar price to its original release tag.

Ghoulcaller Gisa is a card you don’t see super often thanks to only having two hard-to-find printings (Jumpstart and Commander 2014). This card is just sort of okay at the helm of a mono black zombie-themed deck but that’s because it’s the only option for mono black.

Gisa can make a ton of undead minions fast but it just isn’t super versatile. Black is known for sacrificing creatures and zombie tokens, so I guess it kinda fits.

A Commander 2013-exclusive that I’d almost completely forgotten about. Why is Ophiomancer $20?! You get a deathtouch blocker each turn but I’ve never seen this card played outside of the precon it came in. Oh and in some Cubes too.

EDHRec even says that it’s only in 2% of decks, which leads me to believe it’s just an okay card. It pairs great with Divine Visitation or any aristocrats-type decks but it’s still just underwhelming even then.

Now this is the kind of card I want to see in a Commander Collection! Phyrexian Arena had a few printings over the years with the most recent one being Mystery Boosters (which, let’s be honest, doesn’t count). Arena is an auto-include in almost every deck running black and just a great card overall. Plus the new art is fantastic. Look at our gal Sheoldred command the battle!

Reanimate hits all the criteria I think a card should have when being considered for a Commander Collection. It fits into almost any black deck, it’s extremely useful in basically any deck, and it even sees play in other formats. 10/10, perfect card, nothing bad to say about it.

I’m torn between Toxic Deluge and Damnation. It took us so long to finally get Damnation reprinted! Ten years! It’s a much more iconic card, and you know I’ll be complaining even more if Commander Collection: White comes with Wrath of God.

Just give me a moment to collect myself…

Okay, so Deluge is also a pretty great card. It features two iconic parts of black’s color pie: paying life and -X/-X effects. It’s a great card that’s also in need of a reprint, being exclusive to Commander 2013 and Masters sets and still fetching a pretty high price. Definitely a card that should be in black decks.

Damnation also got a reprint with Time Spiral: Remastered so I guess I can’t be that upset.

Honestly, I kind of wrote the rest of this and forgot Liliana, Heretical Healer was even included in this Collection.

Coming in at a whopping 2% of all decks on EDHRec, the prequel to our favorite Necromancer is really, really underwhelming. As a commander Heretical Healer is pretty weak and doesn’t provide a unique theme aside from cheap reanimation and discard. It feels really out of place in most Commander decks beyond “it makes a token and it might get you a 2- or 3-drop back before it dies.”

Notable Cards that Should Have Been Included

There are a few cards I would have loved to see over some of the other inclusions in this Collection. Let’s take a look at them, shall we?

Tutoring is an iconic part of black’s color pie. Demonic Tutor and Vampiric Tutor are the most popular tutors that also fetch a high price tag.

Drawing cards with a huge downside? A super iconic black card that can be used in a variety of decks? Still expensive after five-ish printings? C’mon, Wizards. I’m insulted on Necropotence’s behalf.

Sheoldred, Whispering One is an extremely powerful creature that’s still not too overpowered. This is an iconic creature from one of Magic’s most memorable settings and it only has a couple of printings.

Big Daddy Yawgmoth, Thran Physician is the most iconic black-aligned character in Magic. Much more iconic than Gisa has ever been.

Is Commander Collection: Black Worth Buying?

It’s a mixed bag. I don’t see the value in any of these cards as someone who primarily plays high-powered competitive Commander. But as a collector I think the art is unique and fantastic. You might find a use for some of these cards if you like kitchen table Commander, but at that point why not buy the singles instead?

Money-wise, it’s pretty great. Assuming the average price of the non-foil product is around $60 to $90, the current prices of these cards are just a few dollars shy of $100, making it a steal for a decent price. Some of these cards have also never been available as a foil until this product which means the foil prices will be even better.

Visually these cards are appealing but I don’t find them as unique as they’re touted to be. Commander Collection: Green had a bunch of callouts to other iconic green cards and lore figures in the art like Reiki on Sylvan Library or Yisan on Worldly Tutor, but I can’t make heads or tails of anything in Commander Collection: Black.

You can make out Yawgmoth’s cloud form in Toxic Deluge and Sheoldred is the centerpiece for Phyrexian Arena, but that’s it? Flavor text is cool but not as relevant as the art.

Where to Buy Commander Collection: Black

Once this product finally drops on January 28, 2022 it should be readily available almost anywhere. Retailers that are part of the Wizards Play Network will be selling the non-foil versions while Premium WPN stores will have both foil and non-foil variants. If buying locally isn’t an option for you, third-party retailers like CardKingdom, TCGPlayer, and eBay will be able to fulfill your need for cardboard.

There aren’t any prices available yet since the product hasn’t been released. If the price falls in line with the previous product you should be able to find them between $60 to $90 for the non-foil version with TCGPlayer and CardKingdom offering better prices.

I think there’s a clear difference between the two Commander Collections.

Green offers some staples that are not only iconic to the color but also see play in almost any deck that runs green. The only card out of Green that I’d consider niche is Freyalise, Llanowar’s Fury, and that’s only because there are better 5-drop green planeswalkers. Every other card in the Green collection could easily slot into a green deck without question.

Black offers three really good cards (Reanimate, Toxic Deluge, and Phyrexian Arena) that are pretty common to see in almost any black deck but the rest are niche choices that just hadn’t seen reprints in a while. Reddit was more excited about the Ophiomancer‘s snake token (which is the first official token for Ophie) than the rest of the cards .

I’d pick Green over Black any day for the same price. The card choices between the two products are puzzling. It’s like Wizards gave up with Commander Collection: Black and just threw in some cards they thought were neat. They aren’t terrible reprints, but they aren’t the cards that players were asking for.

What’s the Next Commander Collection?

Wizards isn’t following the pattern we’re used to so it’ll be a real surprise to see what we end up with next year. Here’s to hoping we don’t get a bunch of Ravnica guild-themed ones with uncommon foil reprints.

Commander Collections are intended to be for collectors and Commander enthusiasts. The first product in the series knocked it out of the park with some fantastic choices for reprints, though the follow-up doesn’t bring the same energy.

For the expected price tag of $80 for a non-foil product and personally only wanting three of the eight cards in Commander Collection: Black, I’m going to pass on this one and maybe buy some singles instead. I think Wizards can do much better.

What’s your take on the black version of Commander Collections? Are you going to buy it when it releases or pass? Let me know in the comments below or head over to our Discord if that’s more your preference.

That’s all I’ve got for you today. Have a good one, and see you next time! 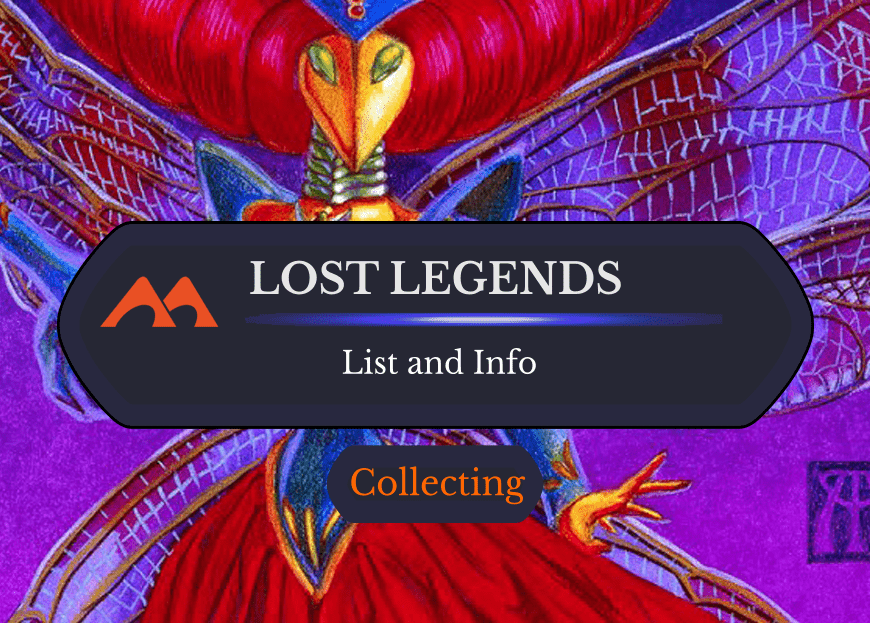 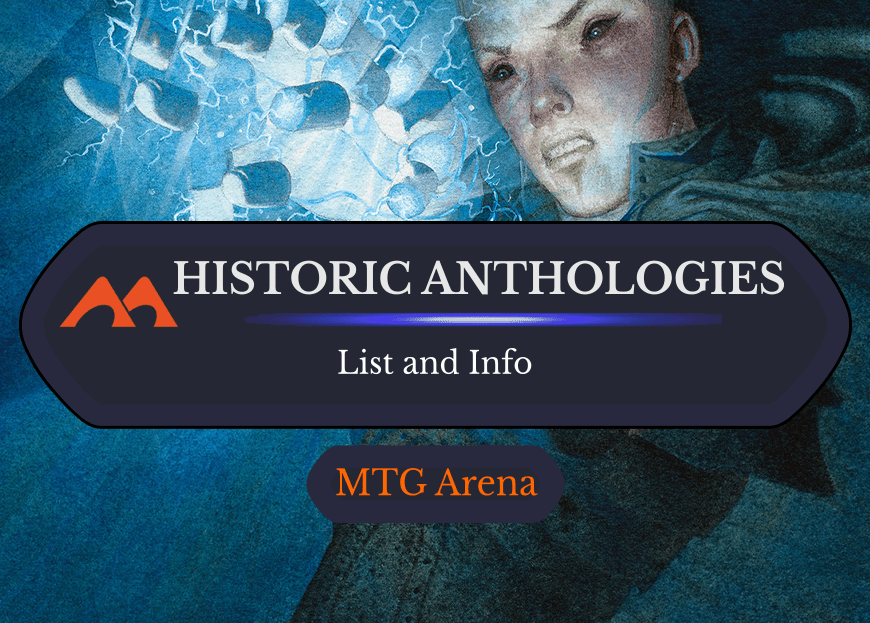