The 33 Best Bears in Magic Ranked

Sometimes cute and vanilla, sometimes wild, and sometimes even ferocious, bears have been represented in Magic since the beginning. Most bears are green creatures, and they never had a chance to shine in power cards or tribal synergies. But is there hope to find good bear cards or make a powerful bear themed deck?

Bear with me while I rank the most powerful bear cards and build a bear deck. Ready? Let’s dive right in!

What are Bears in MTG?

Bears are a creature type in Magic. Since the printing of Grizzly Bears in Alpha, “bear” has been synonymous with a 2/2 for two mana, often with no abilities.

Today, however, I’m specifically talking about the bear creature type.

So let’s talk about bears. Unfortunately, they haven’t been a prominent tribe in MTG, so most of these cards aren’t even good for Draft nowadays.

Ironically, there are some creatures with the elf subtype that are pictured riding bears, or humans partnering themselves with bears. Bears have been the mount of smaller creatures in the case of Grizzled Outrider, and WotC usually prefers the “beast” type to push or make strong creatures.

With that in mind, I’m going to divide my bear rankings into four sections: The Rusty Old Bears, The Limited Playable Bears, The Bear Makers, and The Elite Bears.

This card was a joke card printed in the Mystery Booster set. It’s a term that Magic R&D uses since each set usually has a 2/2 for two featuring the set mechanic, hence: Bear with Set’s Mechanic.

Circle of the Moon Druid

Circle of the Moon Druid turns into a bear like some druids do in D&D, going from a 2/4 to a 4/2, but neither side is very exciting.

The original bear, Grizzly Bears used to be a good filler creature in Limited when you needed to put more creatures or lower your curve.

Runeclaw Bear is Grizzly Bears for modern times. Runeclaw was a playable but unexciting common.

Some of the many riffs on Grizzly Bears from different sets.

Some green creatures with bad stats and islandwalk. River Bear and Pale Bears probably aren’t even good for Limited.

A 3/3 for two is good, but the downside makes Spectral Bears unplayable. But you might want to sideboard it for black decks.

A 2/2 for 4 that draws a card used to make the cut in Limited decks, but Striped Bears isn’t good enough today.

The only white bear on this list (maybe a reference to polar bears?), and from a very forgettable set (Coldsnap). Ursine Fylgja is Fylgja with legs and claws.

Although 2/2s for two are always somewhat playable in Limited, your creatures have to do more than that to make the cut these days. These bears achieved “playable to good” status in Limited.

A bear with flash, and probably the only one. The Time Spiral block was a weird one. And the first to have flash as a mechanic, which makes Ashcoat Bear a “Bear with Set’s Mechanic.”

The ferocious mechanic in Khans of Tarkir rewarded you for playing creatures with power 4 or greater, and Alpine Grizzly was a good green common that easily met this condition. The unfortunate aspect is its 2 toughness that traded with morphs in its format.

Dragon-Scarred Bear is another Bear with Set’s Mechanic. This 3/2 for can regenerate if you have formidable (8 or more power among creatures you control).

A 2/2 that’s sometimes a 4/4 with the morbid trigger, Ulvenwald Bear is playable in Draft but sometimes rots in your hand because you want it to be a 4/4.

A 3/3 for that can become a 5/5 if it’s blocked is at least playable in Limited.

A 4/4 for four is a good rate on a body in Limited, nothing more. Exuberant Wolfbear had some synergies with mutate and non-human matters in its Limited environment. There was a time when these kinds of cards were playable based on stats alone, but synergy or abilities are required nowadays.

2/3s for three are bad even in Limited, but Vivien’s Grizzly has a mana sink for later in the game and sometimes you draw cards off the ability.

Diregraf Scavenger is solid in Draft. 2/3 with deathtouch trades profitably or blocks most creatures, and it stabilizes well with the lifegain and graveyard hate.

One of the best green commons in Strixhaven Draft, Professor of Zoomancy is a 4/3 that makes a 1/1 pest.

A 4/4 that replaces itself by drawing a card is usually a very good card for Limited, but Owlbear is nowhere near constructed power level.

A 2/2 for four is bad, but giving itself and another creature +2/+2 if you have any creatures around make Druid’s Familiar very powerful. It’s a good uncommon for Avacyn Restored Draft.

The Golgari () uncommon for Midnight Hunt Draft, Grizzly Ghoul can be stronger than a 4/3 trample, which is already a good rate, but usually no more than a 5/4.

Mother Bear is very solid as a 2/2 for in the early game and two 2/2s later on. One of the best green commons in Modern Horizons Draft, which is a high-powered set for limited and constructed.

This Goldilocks-inspired card can make three 2/2 tokens with its adventure. Unfortunately Flaxen Intruder is still one of the weaker adventure cards overall.

Bear’s Companion is at least good in limited. A 2/2 that puts a 4/4 token into play is a solid midrange threat.

Discarding your excess lands for 2/2s is a fine deal. The only problem is that Ayula’s Influence costs , which you’ll sometimes reach by turn 5 or 7.

Caller of the Claw

Caller of the Claw is very powerful, filling the board with bears after massive combats.

Werebear saw Constructed play in the Odyssey block as a mana dork that can become a 4/4 in the late game.

Besides being a bear, Ruxa, Patient Professor is a lord for creatures that have no abilities.

Phantasmal Bear used to be played in blue tempo decks in formats like Modern some 5 or 6 years ago. A 2/2 for is very good, but its downside is significant. The only good thing about Phantasmal’s downside is that it’s usually targeted by removal that kills it in Constructed, like Fatal Push or Lightning Bolt.

A bear itself, Ayula, Queen Among Bears buffs other bears you play and is currently the only bear tribal effect in the game.

Goreclaw, Terror of Qal Sisma was heavily played in Standard. Making each big creature cost two less is no joke, especially in a deck that wants to ramp into 6- and 7-drops.

Ayula, Queen Among Bears is a bear, and it buffs other bears.

Bearscape and Ayula’s Influence allow you to trade resources for Bear tokens.

Metallic Mimic grows with every other bear you play.

Mutavault and Faceless Haven are lands that are also bears for your probably mono-green deck.

A bear itself thanks to the changeling mechanic, Realmwalker can provide much-needed card advantage by playing bears from the top of your library.

A lot of (if not all) bears from this list would be buffed by Muraganda Petroglyphs, another Ruxa, Patient Professor effect.

Almost all bears are green so they can benefit from Paragon of Eternal Wilds’ effect.

Card advantage and bear searching. Plus Woodland Bellower is bear, albeit a very mutated and strange one.

Vanquisher’s Banner offers some tribal support for your bears.

What Is a Hate Bear?

A hate bear is a creature, mainly in white, that’s printed as a 2/2 creature for two mana with an ability that limits or taxes your opponent. In other words, ‘’hating’’ on their chosen strategy.

Examples include Meddling Mage, Gaddock Teeg, and Voice of Resurgence.

Despite being a 2/1 for two, Thalia, Guardian of Thraben is also sometimes considered a hate bear.

Decks that play hatebears play them for the ability alongside the body, because 2/2 for two is weak. And there’s bound to be one or more hate bears to tax each different style of deck.

When I was trying to come up with a deck to build, my mind focused on teaching new players the game. This is a very intro-deck like with some graveyard interaction and tribal synergies.

The lands are all snow because to take advantage of the synergy with Spirit of the Aldergard and Faceless Haven. The creature package has bears and tribal support, and you also want some Giant Growth so that they can win combat since you’re playing bears. The top of the curve has Goreclaw, Terror of Qal Sisma, Woodland Bellower, and Owlbear.

This bear-themed deck isn’t very complex or expensive and can teach someone interested in playing Magic a trick or two.

Circle of the Moon Druid | Illustration by Nicholas Elias

There you have it, my take on bears in Magic and their history. With no bear set on the horizon, this creature type is unfortunately relegated to second tier at best. This also means that the most successful tribal bear strategies are generic and use changelings. But the only minotaur card incentive was Didgeridoo for years, so never say never to a set where bears are the great rulers.

What’s your favorite bear card? Do you have one that I forgot to mention here? Let me know in the comments down below. I’m always down to hear stories of mighty and ferocious bears conquering your opponents to win the day.

I hope you stay safe and healthy. I’ll see you in the next one! 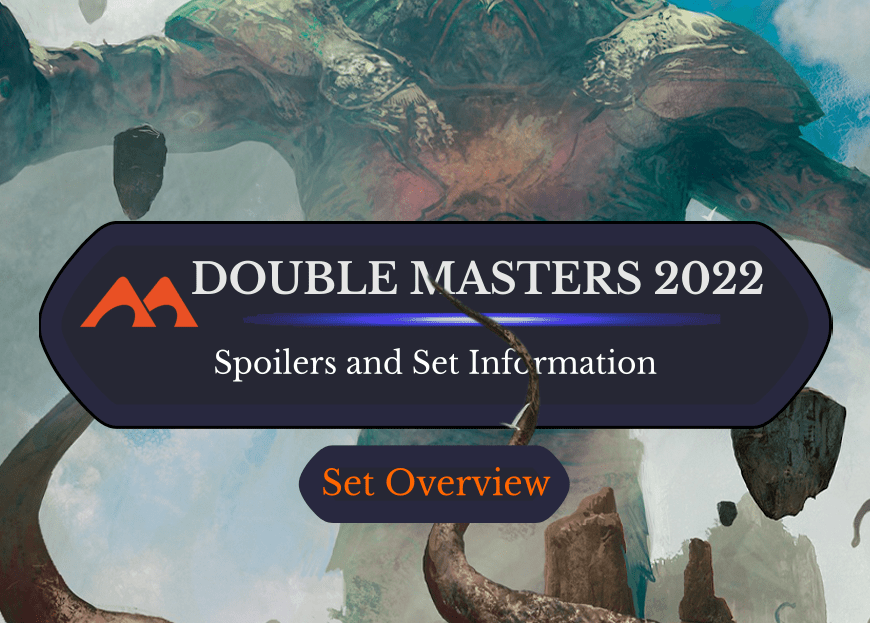 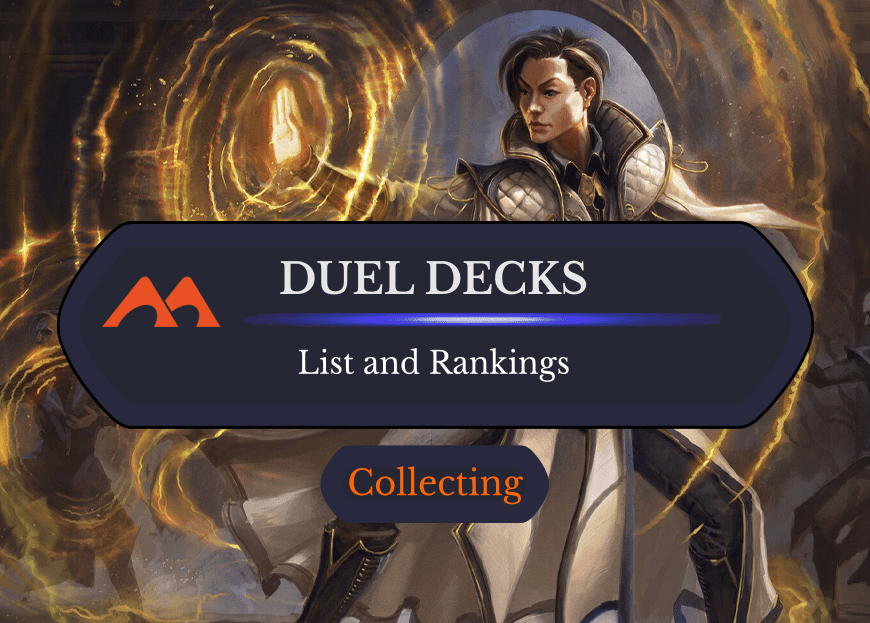