HomeCollectingWhat Was From the Vault? Is it Worth Buying?

What Was From the Vault? Is it Worth Buying?

We all love the I-don’t-even-know-how-many Secret Lairs we get each year. We’re up to 21 already for 2021. We all love them, right?

Maybe don’t answer that. But collectible products like this weren’t always so commonly released. And even though Secret Lair isn’t the replacement for what From the Vault used to be (that would be Signature Spellbooks), they resemble some of its design sensibilities. I’d consider it a sort of spiritual successor.

There’s always been a bunch of interesting collectibles in MTG. I’d dare say that some are more interesting than others. So what made From the Vault interesting? Let’s look into it!

What is From the Vault?

From the Vault was a collectible series released by Wizards of the Coast every year. It was strongly aimed at collectors but was also a great way to get your hands on certain cards that would’ve otherwise been extremely expensive for a much more reasonable price.

The main issue with this was that these sets tended to have a really high demand, so the prices for each of the boxes went up really quickly. Each box came with 15 black-bordered foil cards, and all of the cards in a box shared a common theme which was usually stated in the name.

From the Vault was printed from 2008 to 2017 and there were a total of 10 installments in the series. One thing that set this product apart from other Magic sets was its foiling process. It was only used in these products and involved printing the cards in a foil stock that was twice as reflective as regular foils. A varnish was then applied, giving the cards a much shinier and stiffer feeling.

The intent was to make From the Vault feel like a higher end collectible product. It ironically also meant that the cards curled a lot more than regular foils. The ones printed at the time, anyway. They also had a lot of printing errors, so a lot of people were skeptical of From the Vault cards. 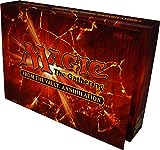 $89.99
Buy on Amazon
Flavorful + Affordable
Magic: The Gathering – from The Vault: Lore

$98.19
–
Buy on Amazon
Coolest
Magic The Gathering From the Vault Exiled

The End of From the Vault

In late 2017 / early 2018, Wizards announced that they were discontinuing the product. All I’ve been able to find as to why are speculations.

The most common opinion is that the printing errors and quality of the foiling was less and less tolerated and sales dropped. Signature Spellbooks was announced right after the discontinuation as the spiritual successor to From the Vault. These sets brought fewer cards (8 instead of 15) and were focused on a single planeswalker and the spells that defined them.

Three of these sets have been released so far (one per year), but it was announced that there wouldn’t be a new one in 2021. We don’t know yet if this product has also been discontinued for good or if it’s just a one-year skip.

Are From the Vault Cards Legal?

Yes, all of the cards printed in From the Vault are tournament-legal. Assuming that the card isn’t otherwise banned and is part of the format’s legal card pool, of course.

Aside from being a special product for Magic’s 15th anniversary, I think this one is pretty self-explanatory. The box came with 15 dragon and dragon-related cards. Six of them had new art.

FtV: Dragons also came with a spindown life counter die and an insert with the rules for Commander. The insert was probably a reference to the fact that the format was gaining popularity and was originally called Elder Dragon Highlander.

This was an April fool’s joke Wizards made back in 2009. They announced that the second From the Vault product ever printed would feature some of Magic’s most famous vaults. It was never actually printed or sold.

It was said to include a collector’s guide to famous vaults in Magic history including the one that held Richard Garfield’s personal Black Lotus collection. It also “included” a password-locked life counter and four cards with new art by artists like Michael Angelo. That must’ve been a pretty expensive commission fee.

I think this is one of my favorite FtV products just because of its concept. All of the 15 cards in this set were banned or restricted at some point in MTG’s history. Eight of the cards in the set included new art. The set also came with a spindown life counter featuring an original design with the expansion symbol.

Magic The Gathering From the Vault Exiled
$1,388.61
Buy on Amazon

This installment’s focus was on artifacts and artifact-related cards. Nine of them had new art. The box also came with a spindown die with the expansion symbol and a collector’s guide.

Something particularly interesting about this installment is that four of its cards were on the reserved list. There used to be a loophole in the list’s policy that allowed cards on it to be reprinted as foils. Eventually enough people complained voiced their concerns about this and the loophole was removed.

Legendary creature cards were the focus of this edition of From the Vault. Seven of the 15 cards have new art. As with previous installments, the set came with a new spindown life counter with the symbol for the set and a collector’s guide. After getting this one, you may need to brush up on the rule a little bit.

Magic the Gathering Card Game From the Vault: Legends
$449.99
Buy on Amazon

Boseiju, Who Shelters All | Illustration by Ralph Horsley

This set’s focus was lands and it included seven cards with new art. Some very small controversy arose around this set’s Dryad Arbor art and design because it looked a little too much like a basic Forest. Even Mark Rosewater called the design a mistake.

Magic the Gathering From the Vaults Realms sealed Box
$275.74
Buy on Amazon

As a first and only in this series, this product included 20 cards instead of 15. It was a celebration of Magic’s 20th anniversary and came with cards that were deeply influential during the game’s history.

All of the cards in FtV: Twenty were key parts in a premier tournament-winning deck from each of the past 20 years. The box also included a spindown die and a collector’s guide that detailed why each of the cards were so important and how they played a part in achieving victory for their decks. Eight of the cards came with new art.

The focus for FtV: Annihilation was various types of board wipes from the Magic’s history. Six of the 15 cards came with new art and they were all printed with the new Magic 2015-style card frame.

Magic: The Gathering – from The Vault: Annihilation
$89.99
Buy on Amazon

As with the first product, I think the title here is pretty self-explanatory. FtV: Angels featured 15 of Magic’s most famous angels. Five of the cards in this set came with new art. 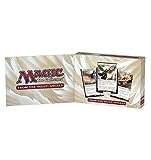 MTG Magic the Gathering – From the Vault: Angels
$220.69
Buy on Amazon

The cards from this set all represent important moments or characters in the MTG multiverse history. Three of the cards have new alternate art. FtV: Lore also included a token along with the other 15 cards.

FtV: Transform’s focus was double-faced cards. It included 13 cards with the transform mechanic and another two with the meld mechanic. Three of the cards came with new art. The idea behind this product was to showcase the different forms of transformations that have appeared in Magic.

Which From the Vault is the Best Value?

I think this is a tricky question considering FtV is a product that hasn’t been printed in at least four years. I think these products were always good investments thanks to the value of individual cards and how much play most of them see, at least at the time they were printed.

The print runs for these sets were very small, and they sold pretty well when they first came out. This means that finding one for a decent price can be really hard. They’re only available through reselling and that usually means huge price tags.

The biggest outlier in the FtV series is the Annihilation set. Most of its cards aren’t particularly pricey, but they also don’t see a lot of play. It’s actually the one product out of all of the From the Vault sets that you can find for a somewhat reasonable price. 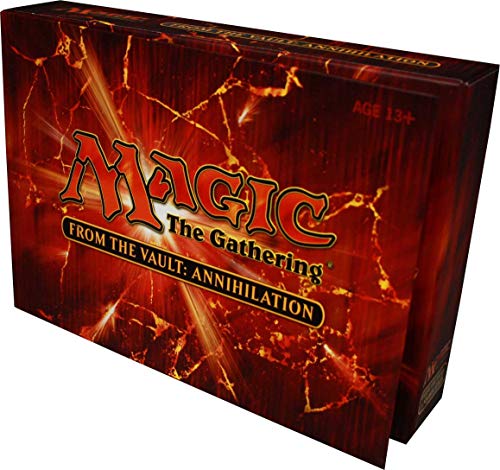 It might be a good buy if you play a few of the cards in it and want them in a special foil. Or it could be a good gift if you have a friend that likes to collect MTG cards, depending on how much you like them. It’s still a pretty bad idea to buy one otherwise.

If you can even find it, let alone find it for anything less than a fortune, FtV: Relics would be the best investment by far. It has four reserved list reprints. That Mox Diamond alone can net you over $700 if you manage to sell it. And the rest of the cards are somewhere between $50 and $100, which isn’t bad at all. But FtV: Relics is almost impossible to find.

The truth is, I’m not sure I can safely say which of these is the best value besides Relics being pretty valuable. There were a ton of printing issues, some of these cards don’t see as much play as they used to (though some see more than before), and it’s just really difficult to get any From the Vaults boxes for a reasonable price.

I think From the Vault had a lot of potential that it didn’t take proper advantage of. Wizards focused more on making it a collection item that looked shiny when it could’ve been a really cool way to explore and present concepts, characters, lore, and other aspects of Magic in a nifty little product. I think FtV: Lore and FtV: Twenty are two of my favorites design-wise for that exact reason. Adding short guides with the story behind the cards in each set, either real-world or in-universe, would’ve been a great addition.

$89.99
Buy on Amazon
Flavorful + Affordable
Magic: The Gathering – from The Vault: Lore

$98.19
–
Buy on Amazon
Coolest
Magic The Gathering From the Vault Exiled

I don’t think it matters much anymore because From the Vault has been gone for quite a while now. I like Signature Spellbooks as its replacement. They help establish characters, and giving all of the cards character-related art is a great way to make them a collection item in a more interesting way than just foiling them.

But enough about what I think. If you were lucky enough to get one of these except Annihilation, sorry when they first came out, do you think the purchase was worth it? Would you consider buying one nowadays? What’s your favorite out of all of these? Feel free to answer in the comments below, and as always don’t forget to check out our blog for more content like this!

That’s enough from me for now. See you in the next one! 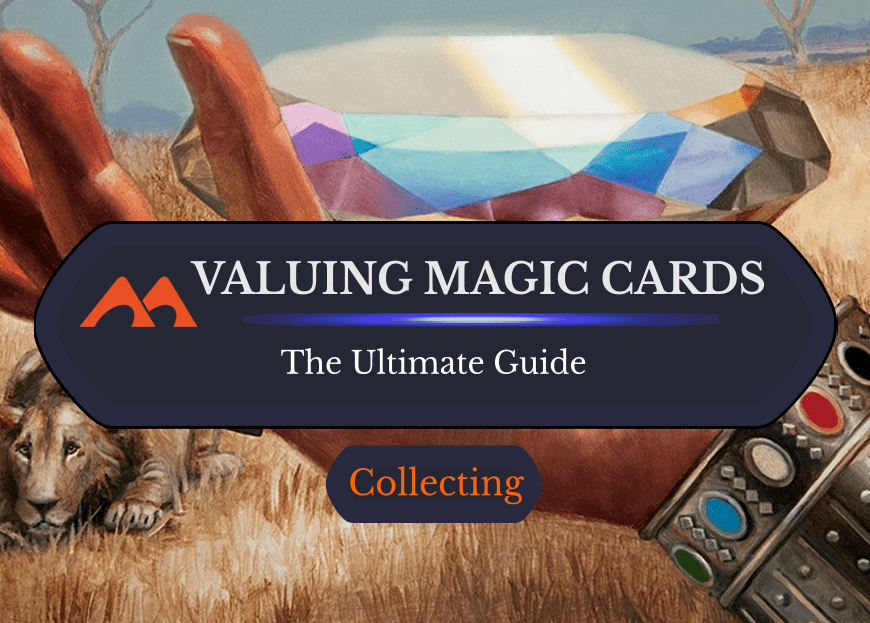 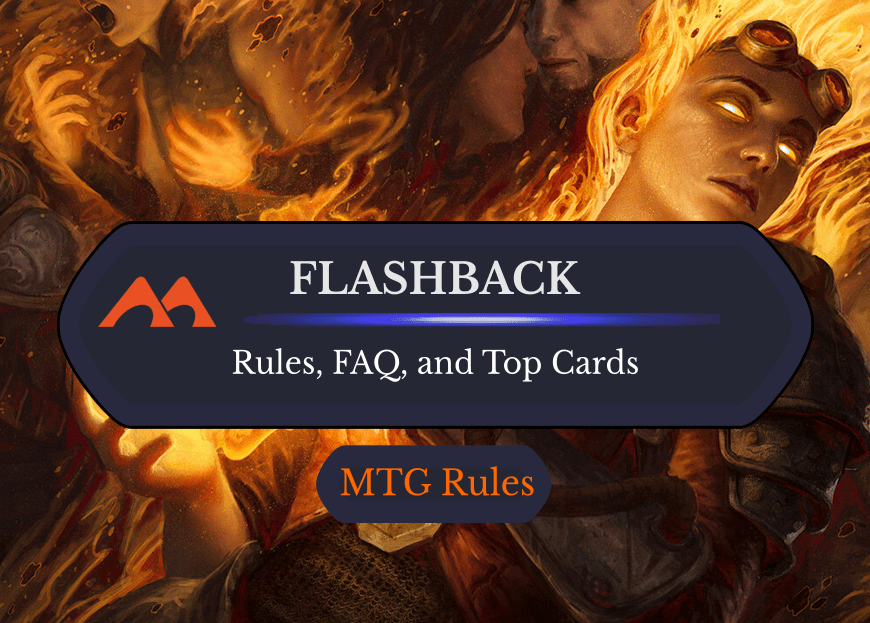