The 2022 Challenger Decks: Are They Worth It?

One of the hardest parts of playing Magic is getting a deck together. Especially when you’re first starting out.

The collectible element of any trading card game can be overwhelming when all you want to do is play some matches. WotC has tried to solve this issue several times through various means. Intro decks, Planeswalker decks, Duel decks, free mini-decks, and now Challenger decks.

The 2022 Challenger decks have been released, and it’s time to take a look at them!

What are Challenger Decks?

Replacing other intro products, Challenger decks aim to give players nearly complete competitive decks they can buy and bring to their local Friday Night Magic. While these decks don’t have all the cards (some of the chase rares or mythics might only exist with one or two copies) they are passable, especially for newer players wanting to get into the ring right away.

Challenger decks traditionally focused on Standard decks since that format is usually the cheapest. They recently diversified from just Standard into Pioneer decks that allow players to pick up their first Pioneer precons to encourage a resurgence in that format.

But for 2022 we return to the more traditional mode of Challenger decks as an introduction to the top Standard decks. 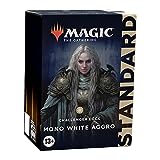 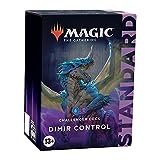 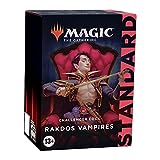 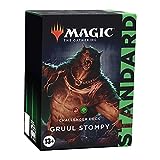 2018 debuted the Challenger deck series with a set of four Standard decks: Hazoret Aggro, Vehicle Rush, Second Sun Control, and Counter Surge. These decks had more rares and mythics than previous precons and were also copies of top competitive decks in a way that older intro decks never were.

2020 saw the printing of four more Standard decks and continued to offer high power level decks right out of the box. With Allied Fires, Final Adventure, Cavalcade Charge, and Flash of Ferocity players continued to have many options on what deck styles they wanted to invest in.

2022 returns to the expected continuation of printing four Standard decks that use top strategies right out of the box. This time we have Mono White Aggro, Dimir Control, Rakdos Vampires, and Gruul Stompy.

Now it’s time to break down the specifics of these decks. Let’s go! 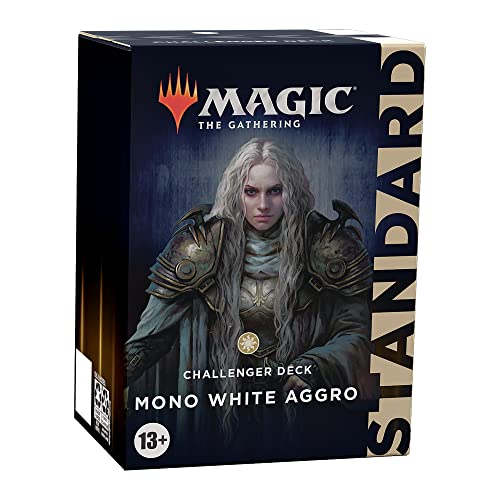 Attack. Get them dead.

Mono White Aggro is a very aggressive deck leveraging low-cost creatures that can interact and grow to clear the path and kill your opponent. While not as aggressive as some mono red decks of the past, this build allows your creatures to quickly outgrow your opponent’s board.

Between cards like Luminarch Aspirant, Intrepid Adversary, and Paladin Class, your creatures go wide and get pumped quickly to overwhelm your opponent’s defensives.

Adding cards like Hopeful Initiate, Sungold Sentinel, Brutal Cathar, Elite Spellbinder, Cave of the Frost Dragon, and the full playset of Intrepid Adversary will bring your deck from underpowered to full strength.

The Mono White Aggro Standard Challenger Deck set to release on April 1, 2022, will contain three copies of the now-Standard-banned Faceless Haven. In terms of what this means for tabletop and digital formats, please see below.

For tabletop formats: This deck will still be legal for tournament play in tabletop Magic: The Gathering formats, but only as is. Specifically, the 60-card deck and 15-card sideboard will be legal as long as no changes are made to it.

For digital formats: Both Magic: The Gathering Arena and Magic Online will be handling these bans in the same way they normally handle Standard bans. Since the challenger decks are not offered as a product on either platform, there will not be an exception to Standard legality to allow that precise list of cards in Standard play.

Wizards of the Coast 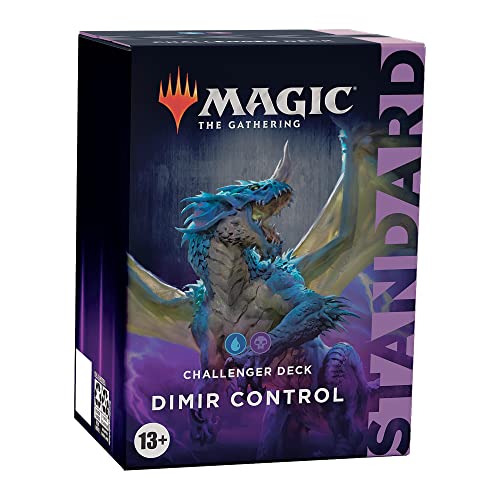 Dimir Control is a traditional control deck trying to answer all your opponent’s threats before sticking a big hard-to-answer threat that can take over the game by itself.

With plenty of wraths alongside your instant speed interaction, you look to take advantage of aggressive decks’ plan to dump their hand onto the board. You also can swap in specific answers to make your deck more streamlined in post-board games.

Moving towards cards like Sedgemoor Witch, Lier, Disciple of the Drowned, Sorin the Mirthless, and The Meathook Massacre will fully power up this control deck. 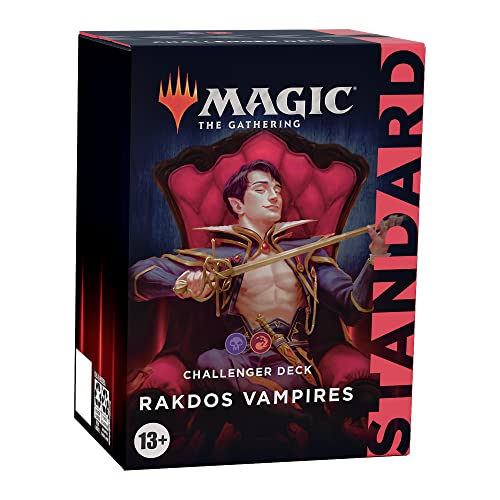 While Rakdos Vampires is an aggressive deck, you’re more midrange than, say, the mono white precon.

You have access to plenty of synergy cards that can take over the game if left unchecked like Immersturm Predator and Voldaren Bloodcaster. You also have some removal and can add more interactive pieces in from the sideboard. There’s flexibility to lean into the aggressive parts of this deck or slow down the tempo depending on what best suits your gameplan.

You also have access to plenty of Blood tokens to find cards you need and loot away excess lands or cards that match up poorly.

Adding in more interactive spells along with Bloodthirsty Adversary to take advantage of them can really help a deck like this function in the midgame. Sorin the Mirthless in either your main or sideboard to attack midrange and control decks is also a quick upgrade.

Light Up the Night
Thundering Rebuke 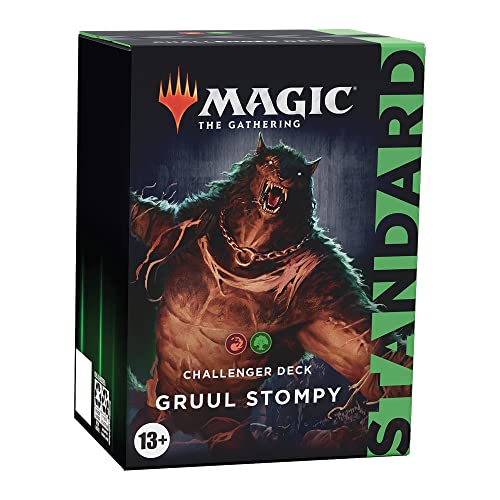 Gruul Stompy uses your early drops to ramp out midrange 4- and 5-drop threats and quickly win the game.

You’re mostly looking to overwhelm your opponent with powerful midrange threats that come down ahead of curve. Being up on tempo lets you beat other midrange decks, and you can outsize aggressive decks like mono white pretty easily. Your sideboard allows you to bring in better targeted removal or stronger threats against specific strategies or color pairs.

Are the 2022 Challenger Decks Worth it?

I think these decks are great if your goal is to play Standard with friends or at your local game store. While they aren’t likely to compete against fully completed decks they can still steal matches.

With that in mind I wouldn’t recommend the white deck given you can’t really change it while still playing Faceless Haven. The Rakdos deck has plenty of room for upgrades, but I’d recommend either of the other two depending on what style of gameplay you prefer.

Which is the Best 2022 Challenger Deck?

In terms of power level and what it would take to get from the Challenger deck to a premier build of the same archetype, Gruul Stompy is the best deck. The power level of the cards provided is very high and you can easily steal games against more complete decks while you build up your collection.

The next best precon is Dimir Control since it’s close to the actual control builds currently seeing play. But the deck is missing a bit of power that’ll cost you more than the deck is worth without The Meathook Massacre.

Which 2022 Challenger Deck is the Best Value?

Given the current tabletop prices, Dimir Control is the best value over Gruul Stompy by a little under $20. The other two decks lag quite a bit behind, especially with the Faceless Haven ban. I’d caution against looking at the mono white deck if your goal is playability or value.

Your local game store should stock the 2022 Challenger decks as per usual. But if your store doesn’t get supplies or you want to order them online, you can find the Challenger decks on Amazon, TCGPlayer, ChannelFireball Market Place, CardKingdom, or wherever you traditionally buy Magic sealed products online.

Challenger decks fill a need to get players into formats while eliminating the older method of running your head into the wall that is going up against top tier decks with an underpowered and untuned decklist. While these precons are unlikely to win tournaments out of the box, they give you much more agency in your local FNM than most of us had when we first started.

If you’re looking to explore a new format then these decks are good tools, especially if you take the time to find the best one in each of the sets that are released each year. This year that’s Dimir Control or Gruul Stompy, depending on what type of Magic you enjoy. 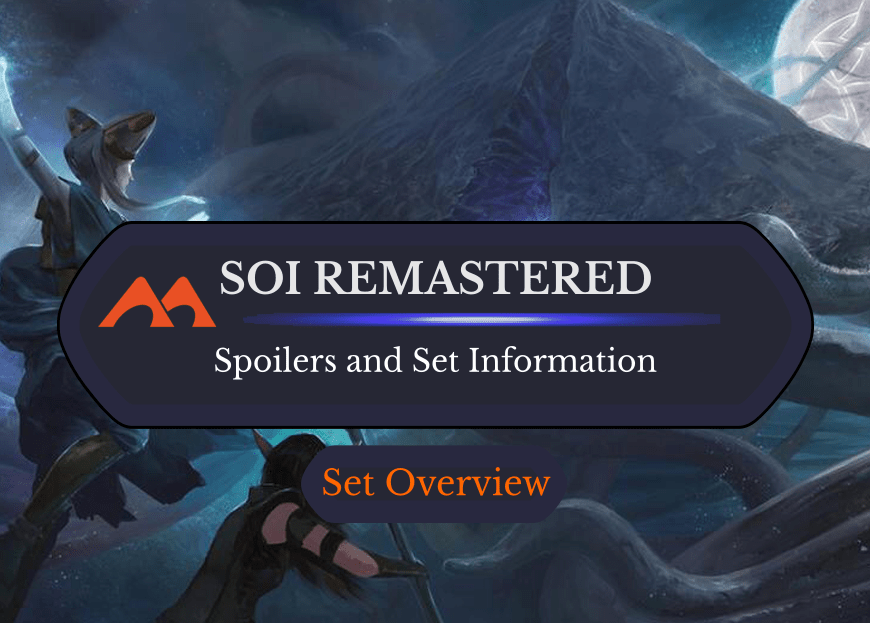