It’s official! It’s taken a couple of years and a lot of campaigning, but after Wizards of the Coast’s August 19th announcement, it’s final: MTG Arena will be released on Mac OS!

As of February 2020, the official Epic Games Store listing only shows MTGA as available on Windows. And Wizards has publicly stated that a Mac OS version is “still the plan… it’s just not going to be soon after (the Epic Games Store release)”.

Ever since MTG Arena’s inception we have been asking WotC if and when there will be a Mac OS release. Initially Wizards stated that a Mac release was to be expected, but in November of 2018 Saffron Olive tweeted that it was downgraded from a definite to ‘let us know if you want this’.

Within the next few of days, MTG Arena replied that they did want to support other platforms and that the community should let their voices be heard.

By choosing Unity as their engine for MTG Arena, it indicated that WotC intended to branch out to platforms other than Windows from the get go. Their statement about ‘want[ing] to create the deepest, richest digital card game on the market’ could only be realized by incorporating other platforms. So let’s hope that the August 19th announcement is the first of many!

In the meantime, those of us using Mac OS still have to jump through some hoops to play MTG Arena. That’s why we thought it would be a great idea to show you some of the options out there.

First up: Parallels and VirtualBox. These programs let you run Windows simultaneously next to Mac OS. The main difference between Parallels and VirtualBox is that VirtualBox is a bit more labor intensive to install. It’s an open source program, and it doesn’t have any features beyond straight-up running Windows on your Mac. Parallels, however, lets you open individual programs from Windows right from your dock. With VirtualBox, you’ll need to be in full Virtual Machine mode to open new programs from Windows.

The best perk of either program is that you can easily switch between Windows and MacOS: no need to restart your computer with these. The downside is that Windows runs slower and less smoothly because it has to share space and RAM with your OS.

Wine is a compatibility layer that lets you run Windows applications from your Mac. Once again, you can play right from your Mac OS without rebooting. It’s also free to use. The downside with Wine is that there can be a lot of troubleshooting required — which was the case when we tried it. It also requires a new installation of MTG Arena every time it updates. Despite this, it’s still a viable option.

Then there’s Mac’s own helper Boot Camp Assistant. Boot Camp helps you partition your disc and installs Windows onto that partition. The upsides are that, because it has its own space to run, it is the smoothest way of running Windows. It basically turns your Mac into a Windows PC. The only downside is that you have to reboot your Mac every time you want to play Arena.

Last but not least, we’ve got NVIDIA’s cloud gaming service, GeForce NOW. This was suggested to us first back in November when it was still in beta by commenter Brian, and then again just recently by commenter Yan (thanks, guys!).

GeForce works by allowing you to install your games to a virtual computer and play them remotely. It’s pretty new, having just come out of beta at the beginning of February, but it seems pretty solid. Of course, it’s available on Mac, but you can also get it on PC, Android (check out our MTGA on Android article for more details), and Shield TV.

Unlike some of the other options, this is a paid service. There is a free version, but it only allows you to play for 1-hour sessions. Otherwise, you’re looking at the paid membership, though they are offering a 90-day trial period, so it’s definitely worth at least checking out. They also have a limited time offer on at the moment for $4.99/month for a 1-year membership after the trial expires if you decide to continue using the service.

When compared to some of the other programs we mentioned, GeForce NOW tends to run better since it’s not as taxing on your Mac. In the former, you’re running Windows parallel to Mac OS, which can slow down your system and produce mediocre performance, along with likely forcing you to use lower graphics settings. With GeForce, however, you’re accessing and playing on a virtual computer which relies more on your internet speed than your Mac’s RAM or disc space, which sees better performance and allows you to use higher graphics settings.

Of all the options, we feel Boot Camp Assistant is the one with the least amount of hassle and downside. So, how can you install it? Glad you asked!

To install Windows 10 you’ll need to be running OS X El Capitan 10.11 or later and have one of the following models:

First, download the 64-bit version of Windows 10. You can leave it in the downloads folder, we will get back to it in a bit.

NOTE: you’ll need a Windows activation key the first time you install. You can continue without, but this can cause problems with installation.

Next, make sure to back-up your Mac before starting installation. When you’re ready, go to the search bar and enter “Boot Camp”. You will see this icon appear:

Once you’ve clicked on it, Boot Camp will start and show you this window:

You will be asked to set the size of the Windows partition on your disc. The minimum required is 48GB, but you can make it as big as you want. Follow the instructions on your screen.

Once you’ve clicked continue your disc will be partitioned and your Mac will reboot. If Boot Camp Assistant doesn’t open automatically, re-open it and click ‘continue’.

You will now be able to select the 64-bit Windows you’ve downloaded earlier and the disc part you want to install it on. Often, this will happen automatically and you just have to click through the instructions. Windows will be installed and your Mac will reboot once more, this time in Windows.

After you’ve completed the start-up for Windows, the Boot Camp installer will appear automatically. Click through the options to finish installing Boot Camp and the Windows installers. At the end, your Mac will reboot again and open, once more, in Windows.

That’s it! You’ve got the hard part out of the way. Now you can download and install MTG Arena and play to your heart’s content.

Switching between Mac and Windows

When you want to return to your Mac OS, simply reboot your system and hold the ‘option’ (alt) ⌥  key. You’ll see your startup discs appear and can select the one you want to start up in. This is how you switch from one to the other.

If you’ve had difficulties with installation and Windows is displaying errors, or isn’t working, simply reboot holding the ‘option’ (alt) ⌥  key.

Select your Mac OS disc and when startup has completed open Boot Camp Assistant. From here you’ll have the option to uninstall Windows. Follow the steps. This will make the partition available again to rejoin it with the rest of your disc.

For a recap on installing through Boot Camp Assistant and your system requirements click here.

We hope these tips will make it easy for you to install Windows on your Mac, for the time being at least. Like you, we are anxiously looking forward to WotC revealing the release date for MTG Arena on Mac OS!

In the meantime, if you want to read other great content make sure to check out our blog. You can also try your hand at drafting with our draft simulator.

Niels has been playing Magic: the Gathering since 2012 and is a writer for Draftsim. He can often be found trying out new ideas for limited and standard on MTG Arena, or tinkering around with one of his many EDH decks. Most of his EDH decks are influenced by the Legacy and Vintage formats, of which he is also a huge fan. Follow Niels on Twitter @nielsvdvlugt.

As a follow up to my THB Ultimate Draft Guide posted on @draftsim's website, here are 24 of my trophy decks with their draft logs and some additional thoughts about the format. limitedlevelups.blogspot.com/2020/02/24-the… Retweeted by Draftsim

Draftsim's THB ratings have been updated for the draft simulator. Test out the new ratings here: draftsim.com/draft.php?mode… 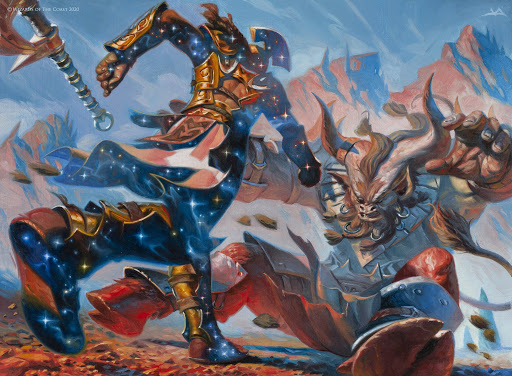