HomeLatest ArticlesMTG ArenaWhen Will MTG Arena Be Released on Android?

When Will MTG Arena Be Released on Android?

Long before Wizards of the Coast announced their planned release on Mac OS, before we featured an article on how to play MTG Arena on a Mac, Reddit was abound with questions on the possibility of an Android release for WotC’s newest asset. About a year ago, the Reddit threads started to move towards MTGA’s possible release on mobile devices. Then, about six months later, it popped up on Reddit again here and here. The most recent posts date from about 4 months ago, and all have the same outcome: there is no current information available from any Wizards of the Coast sources supporting an Android release anytime soon.

This can come as quite a surprise for you to hear, because it’s been proven that other games like Hearthstone and Eternal can not only be run on Android, but are also extremely successful because of it. With over 75% of mobile phone users on an Android system, this comes as no surprise. So, why hasn’t MTGA been released for Android yet?

Chief of the Foundry

Apart from several discussions online, the most obvious place to look is statements Wizards of the Coast have given about where they are in terms of planned releases and developments. In their official September State of the Game statement, a roadmap can be found that covers their current focus. Take a look:

Obviously, there’s no imminent Android release on the horizon that we can see coming. This doesn’t mean that WotC isn’t working on it—that’s another matter entirely— but we can just assume that they’re in no way ready to make any official statement yet.

The fact that an MTG Arena Android release date won’t be hinted at any time soon was even further cemented in the State of Game release not a month later. There, they stated: “Magic is the most content-intensive CCG in existence, and as we grow MTG Arena, we need to scale the capacity of our asset system to accommodate this. We’ve identified the necessary improvements we need to make to our asset system, however, resolving this is going to take some extensive code refactoring and time.”

Even their original “roadmap” from a month earlier was revised because of the asset system improvements. The friends list feature was pushed back, along with this statement: “Though we had previously announced that this (friend list) feature would be coming with the October game update, we have decided to delay this feature for the time being. As noted above, our priority right now is focusing on performance improvements and client health, and we didn’t want to risk adding a new feature until we’ve made more progress in that area.”

Sadly, this announcement means that we’ll will have to be patient for a little bit longer and can only wait in anticipation for further developments. Luckily there’s no need for you to sulk as there is a bright spot in all of this: the system they’re using to build MTG Arena supports all kinds of platforms, including Android. It’s, hopefully, just a matter of time.

How Would an MTG Arena Android App Work?

As we’ve previously discussed in one of our earlier articles, MTG Arena is built using the Unity game engine. This engine is specifically designed so that its games can be available on a wide range of platforms, including Mac OS, Xbox, PlayStation, Linux, IOS, and—of course—Android.

Here’s our hypothesis: once Wizards has improved their systems and code to a certain point, they’re going to start experimenting with transferring MTG Arena to other platforms behind closed doors to see how smooth the transition from platform to platform is. Maybe they’ll even release both Android and IOS in one go, who knows! The Unity game engine would make that fairly easy for them to do once they’ve got all the right code in place.

The hopeful result is that we get an official announcement like we did with the Mac OS release. Maybe even a similar visual timetable to show where WOTC is within their process. We’ll be crossing our fingers for something similar to our hypothesis until we hear something more.

Even though we won’t be seeing an Android release anytime soon, we can speculate on what will probably be one of the biggest challenges: making MTG Arena playable on a much smaller screen. In the same Reddit posts we mentioned earlier, there are players who are pro-small screen, and there are players who are anti-small screen. We know that games like Hearthstone and Eternal are playable on mobile devices, but there are some pretty hefty differences between them and MTG.

The biggest difference is the MTG board states can be vastly more intricate than those on Hearthstone or Eternal because of the rules on how many things can be on the board that you’re able to interact with. With MTG, you have full control to make things as crazy as your heart desires (to a certain extent), and it can get pretty massive and hard to sift through. I mean, can you imagine slogging through this on a tiny little phone screen:

Even on a computer screen, this is quite the state to organize. Having to do all of that on a phone is a whole new level of tedious.

So, what are some ways to make sure the game is still playable on a phone? Here are some possible solutions that we’ve come up with that WotC could integrate for mobile versions of MTG Arena:

Then, there’s also the stack to consider. In the other games mentioned, you can’t interact with your opponent on their turn, which makes it a lot easier to get through them. Famously, half the fun of Magic is interacting with (read: hopefully blindsiding) your opponent. There’s always a lot of possible points of interaction at any point of the game, never mind the other player being able to react to your interactions (chain of effects, anyone?). These possibilities can hinder good usability on a smaller screen.

With the intricate board states, stack, and technical problems Wizards wants to solve first, there’s quite a few hurdles to get through before we can even think of getting MTG Arena mobile. To give you another bright side, though, despite all of this it’s still possible to play MTG Arena on Android right now! How is that possible, you ask? Well, take a look below and we’ll show you.

How to Download MTG Arena on Android (Kind Of, Not Really)

There are quite a few online guides to get MTG Arena working on your Android phone. Some of them are easy to do, and some are not. If you want to have a more detailed account of how to work through all the steps, take a look at either this guide or this one which also has a video for you to look at. There’s also this easy-to-follow YouTube video, for your viewing pleasure:

How to Play MTG Arena on Android

Here’s the rundown on how to get MTG Arena on Android using Steam Link (now with pictures!):

Now, let’s talk about the game play using this (or any other screen sharing) method. You’re definitely going to be playing slower than you would on your PC just because of the controls, but not to the point where it’s impossible to play, just more difficult and really practice makes perfect, so go nuts. You’ll run into the same problems that we mentioned above in terms of board state and stack. There’s no way to get around this, unfortunately, you just have to grit your teeth and bear it. The only other thing to mention is that it is mildly laggy at times but again, it was nothing horrifying just a bit annoying to deal with (this greatly depends on what PC and phone you’re using as well as internet connection, though, and could be unplayable).

We’re confident you’ll be playing MTG Arena on your Android in no time, if you want to. At the end of the day, though, all you’re really doing here is screen sharing to your phone. But, hey, if it works it works.

Niels has been playing Magic: the Gathering since 2012 and is a writer for Draftsim. He can often be found trying out new ideas for limited and standard on MTG Arena, or tinkering around with one of his many EDH decks. Most of his EDH decks are influenced by the Legacy and Vintage formats, of which he is also a huge fan. Follow Niels on Twitter @nielsvdvlugt. 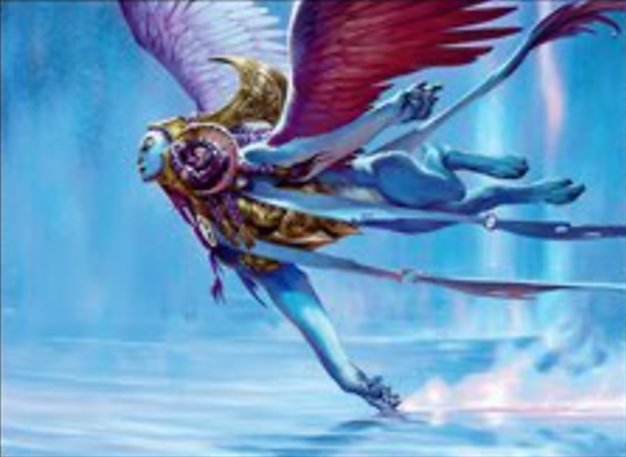