Both me and Chromium have been eyeing Izzet for quite some time now. This deck went into a hiatus after the last Standard rotation and a sort of full obscurity, but now it’s back. Is it strong, though? Absolutely!

While the deck runs a lot of control elements, it’s also full of extraordinary creatures. Most players call it a tempo deck, but I’d much rather classify it as a control deck seeing how we’re running a pretty steep curve with Goldspan Dragon and such. Whatever you call it, the deck is fantastic.

So what does the deck want to do? You want to control your opponent while you grind your way to victory, tactically countering and removing threats until it’s time to make your big comeback. The deck also takes full advantage of the newly introduced foretold mechanic, allowing you to always have powerful spells ready to react to your opponent’s plays or simply draw a ton of cards.

One thing is for sure: your opponents aren’t going to be happy, but I’m pretty sure you will be. This deck has a substantial win rate of 60% across all ladders and is likely here to stay for quite some time to come. Let’s take a look at it.

This deck doesn’t function like a typical deck with a solid one-to-four curve. Instead, you’re slowly building your way to your endgame by denying your opponent any opportunity to set up. Our plethora of counterspells and removal are going to help us get there and our amazing end-of-the-curve creatures and enchantments help us win the game. The copies of Behold the Multiverse get us back in the game.

Because of this, there are two “rules” you need to follow when playing a deck like this:

You need to avoid using your foretold options early on and wait until you reach around four mana to make sure you can keep up a card like Essence Scatter.

We have a solid ten counterspells in our mainboard, each with a specific function.

Disdainful Stroke is here to counter high mana value cards like Yorion, Sky Nomad or Ugin, the Spirit Dragon. Since we only have two copies, be very mindful of when and how you use these. A good rule of thumb is to control the things you can control and ignore the things you can’t. This means that it’s sometimes better to let your opponent cast something that gives them card advantage without giving them a chance to progress their game, instead focusing your counterspells on their actual win conditions.

Essence Scatter is a designated creature removal counter spell while Negate helps to counter everything else.

Saw It Coming, while initially being a 3-cost card, can be foretold on turn 4 or later to reduce its cost two just two mana. An excellent card that I expect to someday see play in other formats.

We don’t have any concrete removal since we’re locked into red and blue, but we do have a lot of counterspells. We can bounce a permanent with Petty Theft on Brazen Borrower to then counter it when they replay the card. I’ll consider Borrower as one of our “removal” options despite it being a bounce spell.

Other than this faerie, we also run Bonecrusher Giant. The Giant is both a solid 4/3 creature and a generous 2-damage shock. Frost Bite deals two damage early on but can become a pseudo-Lightning Bolt with three damage once you have at least three snow lands on the field, of which we have many.

Shatterskull Smashing, while being mostly used as land, can be a very spicy board removal. Especially after Goldspan Dragon has attacked at least twice, giving you a juicy plus four mana. I’ve seen plenty of situations where this card plus the dragon are enough to keep even aggro decks in check.

The aforementioned adventure cards are all value generation for self-explanatory reasons since you almost always have a two-for-one deal baked in, but Behold the Multiverse is another fantastic value engine. It not only allows you to scry but also rewards you with two cards in return.

Having Behold makes it a lot easier to get back into games where you really need more cards in hand. Cast it in combination with Shark Typhoon on the field and you’ll also generate some 4/4 shark tokens.

Bonecrusher Giant and Brazen Borrower are both solid creatures that can close out the game if left unchecked, but the main win conditions are Goldspan Dragon and Shark Typhoon. The dragon is especially great because it generates a Treasure token whenever it attacks or is targeted by a spell, which almost always means the token you generate gives you enough available mana to counter an incoming removal spell or even a board wipe.

Shark Typhoon is slow in the early game, but using its cycling effect at three mana allows you to generate a 1/1 blocker and cantrip it with the card draw. Since there are so many  copies of Selfless Savior in the format right now, that 1/1 can buy you quite a bit of time.

Take mono white as an example. Turn 1, they play their 1/1. Turn 2, you counter their 2-drop. Turn 3, you block their 1/1. At this point, you’ve only taken one damage and are just two turns away from resolving a Goldspan Dragon. Don’t be afraid of using Typhoon defensively. There are four in the deck. You’ll find more later on if needed.

We run mostly Snow lands, mainly to make Frost Bite better, but also to make sure that we can turn our Faceless Haven into a 4/3 attacker. This card is great because it dodges most forms of removal since it’s a land. It also dodges board wipes and can act as a surprise blocker.

I’ve been in many games where my opponent didn’t pay attention to which lands I played, so there’ll be games where they attack in with their 2/2 or 1/1 and you can simply block it off the board. The last game I played before writing this guide I saw my opponent shame scoop. Those types of wins might feel bad, but a win is a win.

To mulligan with this deck is slightly complicated and requires a bit of meta-knowledge.

Slide in two copies of Negate for these matchups. These usually replace Essence Scatter against non-creature decks but can be swapped with a copy of Behold the Multiverse and Shatterskull Smashing each.

Scorching Dragonfire comes in against aggro decks, usually replacing Disdainful Stroke. Against green-aligned decks, though, you’re better off reducing your copies of Brazen Borrower since dealing with hasty threats by bouncing isn’t optimal.

Throw in Storm’s Wrath for all the aggro decks, too. Usually instead of two copies of Shark Typhoon.

Shredded Sails is a perfect card to slide in against Gruul and mono green. This also replaces Brazen Borrower.

Mystical Dispute tends to replace Frost Bite since it comes in against blue-aligned control decks.

Phoenix of Ash and Ox of Agonas are what you want in these matchups. Both are solid win conditions against Dimir rogues. I tend to side these in instead of Shark Typhoon because the Typhoon will get countered anyways in my experience and the Phoenix and Ox can have multiple activations. You can trim down two or three copies of Behold the Multiverse and keep one or two Shark Typhoons, though.

This deck is based around Goldspan Dragon. I think an Izzet spells deck is still somewhat viable in the current meta, though.

You’d likely need to replace quite a few cards, but building around Sprite Dragon and Stormwing Entity could be relatively solid. Ditching your high CMC cards like Shark Typhoon and Behold the Multiverse would also be a good idea, but finding space for things like Shock could be powerful!

Try to mix and match and see what fits your play style. I’d still keep Goldspan Dragon since Izzet decks tend to go into the late game anyways.

Izzet is an excellent deck and a lot of fun. I miss the days of Arclight Phoenix and it all feels more like blue-aligned “Gruul” rather than a show of intellect like a generic Izzet control or even mono blue deck. This is partially because there are such strong creatures in the deck, but that’s fine! It’s a concrete deck and great for grinding to Mythic, especially in BO3. This deck is more of a toolbox deck that can pull from various stuff from the sideboard in games 2 and 3, being able to counteract whatever strategy your opponent is throwing your way.

It can sometimes fall short in BO1 but you can make it work by adjusting the mainboard and farming wins against aggro and those Tibalt’s Trickery decks. You may lose against other control decks, though. That said, you can’t win them all, so sometimes you need to pick the battles that you want to win for sure.

You’re likely to lose a lot of game one of three if you go second, but that’s fine. You can always make a comeback. Plus, losing the first game can kind of put your opponent off-guard.

I expect to see this deck represented more in the future. Despite it pulling impressive win percentages, I feel like there’s still one key element lacking: some solid play on turn 1. Maybe putting a few Shock copies in here or a fourth Frost Bite would help, but I’ll keep playing the deck as-is for now.

I encourage you to try these tips out because the key to success in MTG, especially in Mythic, is to always be one step ahead of the meta. So keep a close eye on trends and make sure you adapt accordingly. If aggro becomes more popular, consider dropping some counterspells for more removal.

Regardless, I hope this deck tech was useful to you, and I’d love to hear your thoughts if it was! In the meantime, you may catch me in the ranked queue playing this deck. Even now I have Magic Arena open with this deck in the background, ready to be played some more. It just feels like good old-fashioned MTG. Lovely!

See you all soon with the next guide. I’m off to play! 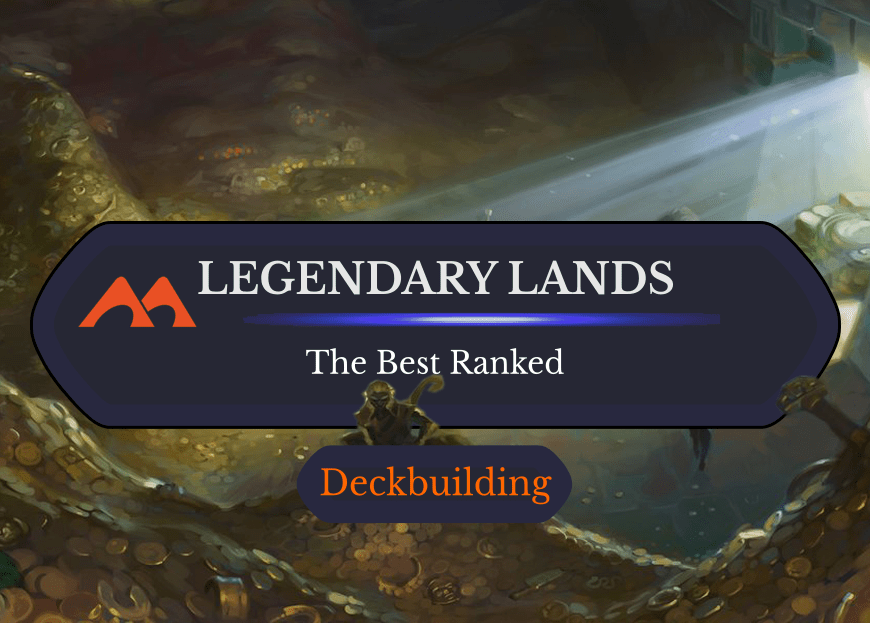 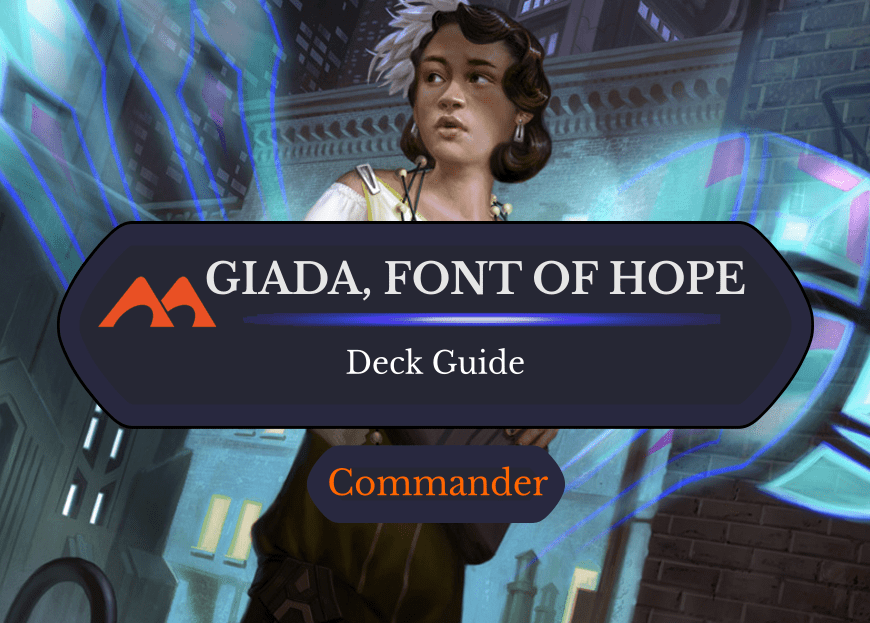